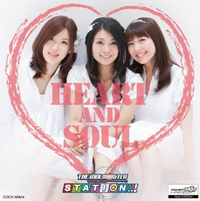 Here's the second collection of the popular anime voice actresses' promotion videos/CMs for their latest songs. The first collection is here. I have been reporting TOWER RECORDS Shinjuku Weekly Anime Song/album TOP 10, but there are many good songs by anime actresses not appearing in the ranking. See how talented they are!

・Chihaya Kisaragi in The Idol Master