Round out April's "colors" theme with fanart of your favorite GREEN-themed characters! 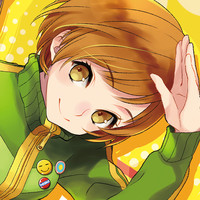 Fanart Friday returns, ready to close up April's "colors" theme! Last week, we dove into an ocean of blue, but this week we're looking at my favorite color, GREEN! This is a color that represents life and growth, bringing to mind images of trees, vegetables, grass, and even other less-beautiful things like money, green desk lamps, and boogers.

Kermit the Frog is awesome, but he's just so damn emo sometimes. Then again, last week I used "Blue" from Cowboy Bebop, so this song is downright joyous in comparison. Let's get started! 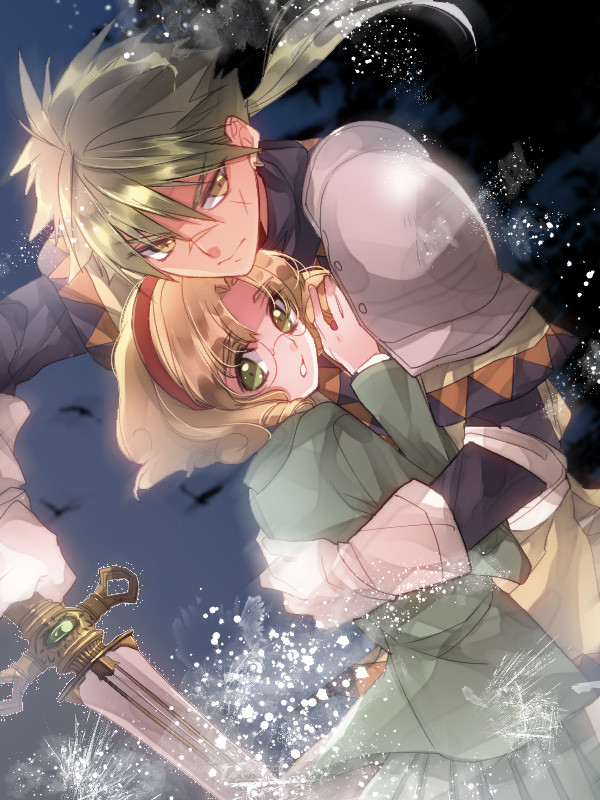 This one's a twofer! In Magic Knight Rayearth, green-clad wind specialist Fuu ends up falling for Ferio, a badass wandering swordsman who also happens to be decked out in a lot of green, including his hair! 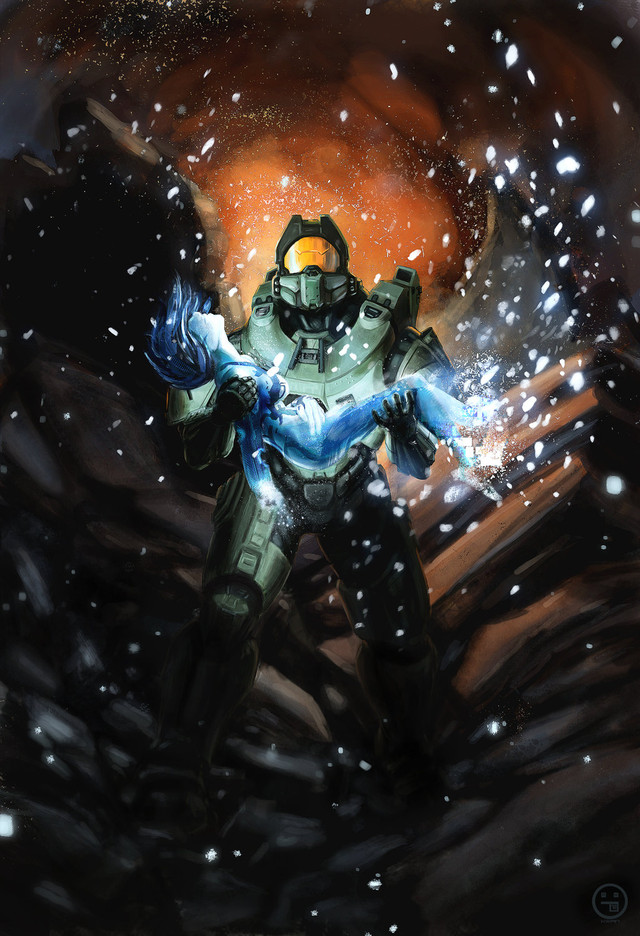 While to me, the most important colors of Halo are red and blue (from long nights of multiplayer during the days where we'd lug TVs and Xboxes to a friend's house for LAN parties), Master Chief's iconic, utilitarian green armor is probably a much more lasting symbol of the franchise. 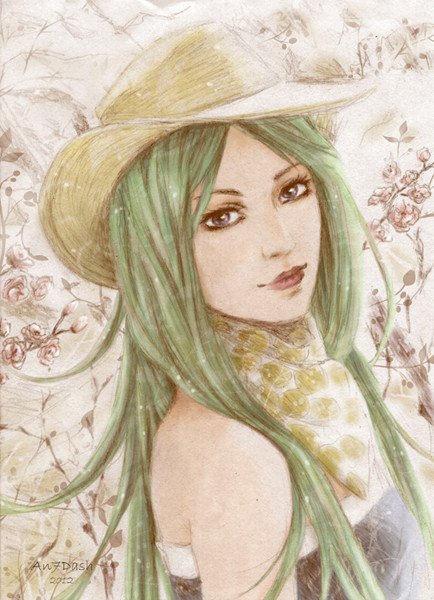 Fairy Tail has several mages built around the color green, including Evergreen and Fried, but I've always been partial to sexy gunslinger Bisca! 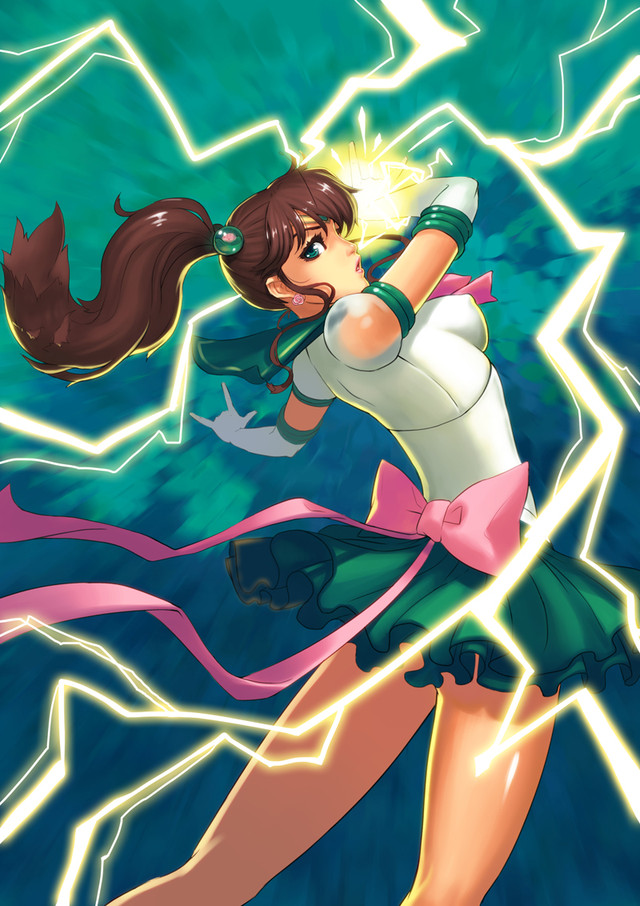 Sailor Jupiter has lightning powers, super-strength, a figure like a Frank Frazetta heroine, and she's throwing up the horns? Sailor Jupiter is more metal than I expected! 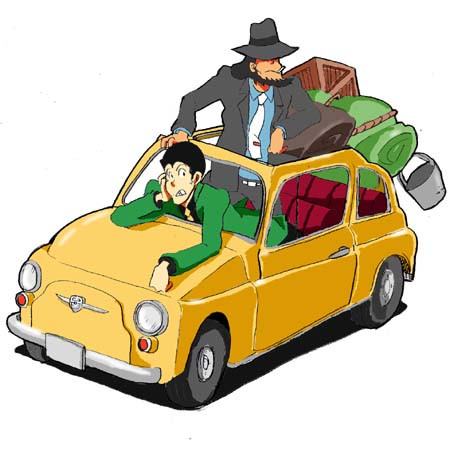 Lupin's signature jacket has been red for a very long time, but if you watch some early movies or OAVs you'll see it in a richer green. They even played around with this in a recent OAV titled Green vs. Red! 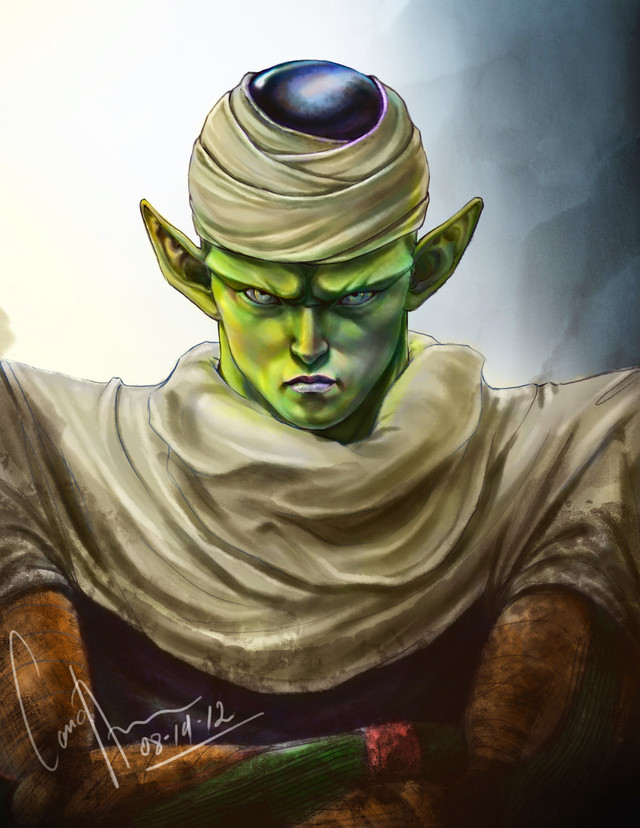 Dragonball is a series with plenty of bright, identifiable color schemes--Goku is orange and blue, Vegeta is blue with some white, and Piccolo here is green and purple. 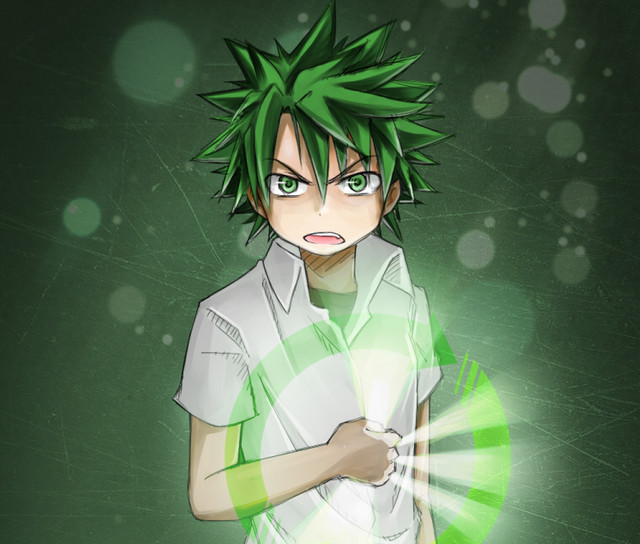 The Law of Ueki almost goes overboard with the "green" theme--not only does main character Ueki have green hair, he has green powers (turning garbage into plants!) and the overall theme is green, basically playing out like an anime version of Captain Planet. 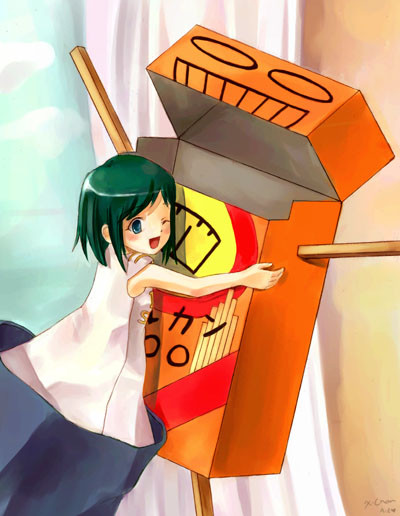 Midori Days is a series I haven't seen for quite some time, but my GOD is it a weird-ass show. It deals with a delinquent named Seiji who one day finds his right hand replaced with a pint-sized version of Midori, a girl who likes him. To add to the weirdness, in this picture we have a random guest appearance from Vulcan 3000, the cardboard box robot from Zatch Bell. 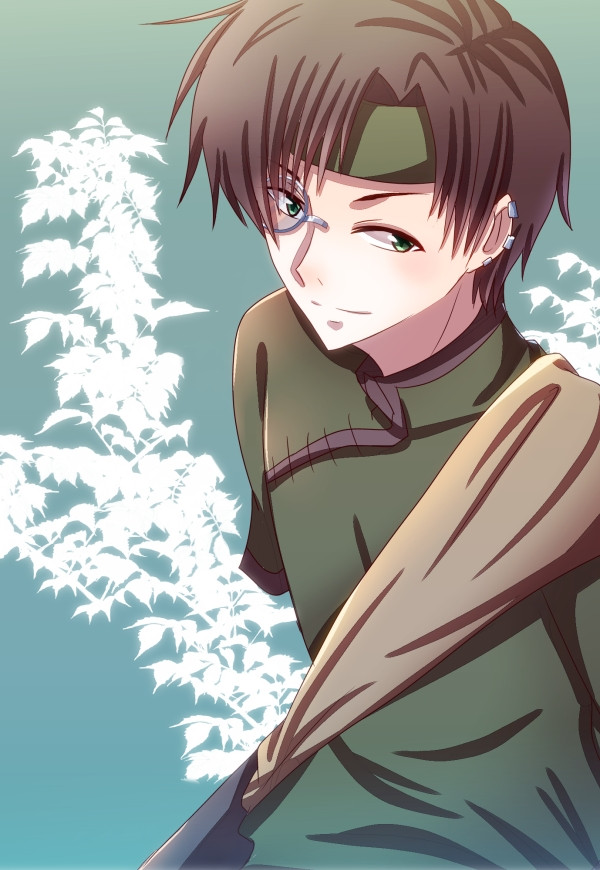 Another series that's kind of vanished from fans' collective consciousness is Saiyuki, home of cool-headed demon slayer Cho Hakkai here. It's funny--the show had real flash-in-the-pan popularity, and people would not shut up about it years ago. Now? You barely hear a peep. 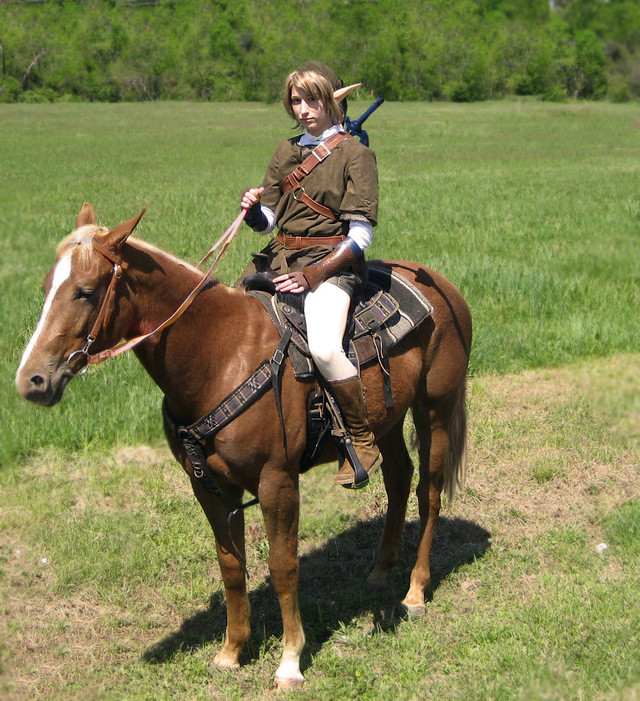 There's no denying that cosplayers put a lot of time and effort into their craft. They make costumes by hand, build or modify props, and either own a million wigs or style and dye their hair. Then you have the people who go the whole nine yards and bring a freakin' horse along for even more accurate cosplay. 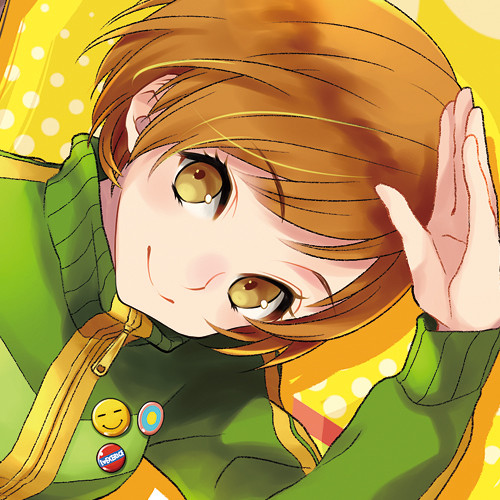 Hey, this is the second time Chie's in the CRN headlines today! Chie Satonaka's love of steak, justice and kung-fu (not necessarily in that order) made her one of my favorites in Persona 4, and my end-all be-all favorite in Persona 4 Arena. 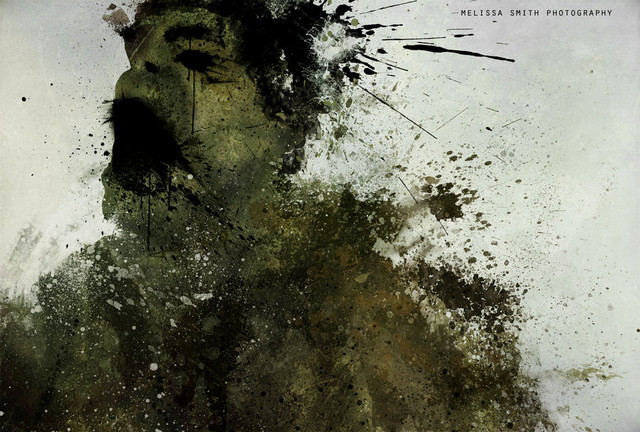 Early in Marvel history, they kept switching the Hulk's color between grey and green. Thankfully, they've kept him green for the last thirty years or so, but then there's the matter of his seesawing intelligence... is he smart? Is he a dumb brute? Is he cunning, but not a super-genius? By the way, be sure to check out the rest of this artist's awesome work! 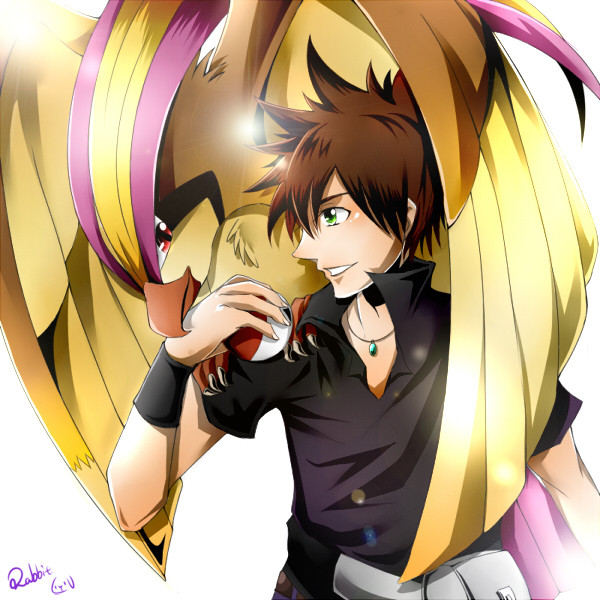 The number of characters with color-coded names in Pokémon borders on the ludicrous, so we're just going to call "Green" by his American name--Gary Oak. Did that send a chill down anyone else's spine? Because whatever kind of person Green is in the Japanese Pokémon, Gary Oak is a massive, overwhelming douchebag of legen(wait for it)dary proportions. 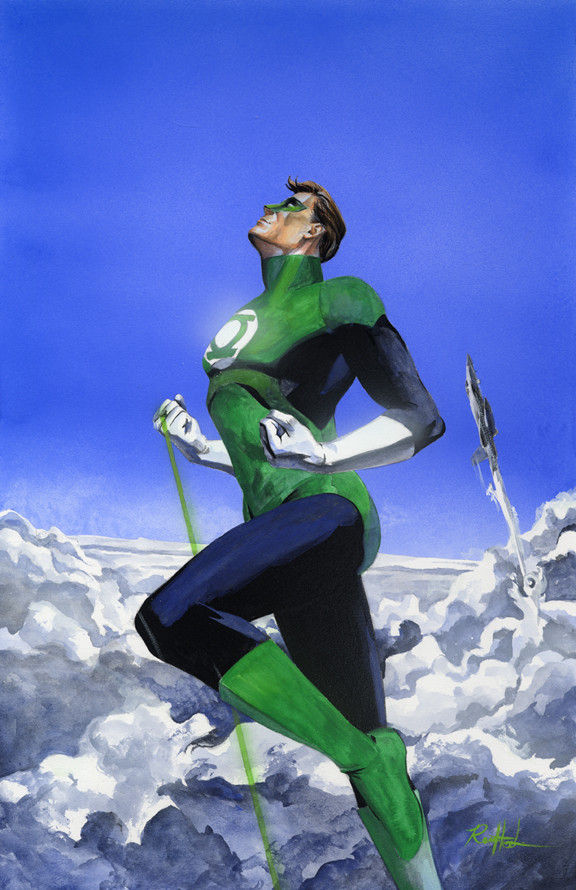 In the DC Universe, green is the color of willpower and courage, which is why the "fearless" Hal Jordan is considered the greatest of the Green Lanterns. This is a guy who stands up to Batman, sucker-punches him in the middle of one of his sanctimonious lectures, and then tells him to get back up. It's kinda nice to see somebody stand up to Batman--bullies piss me off. 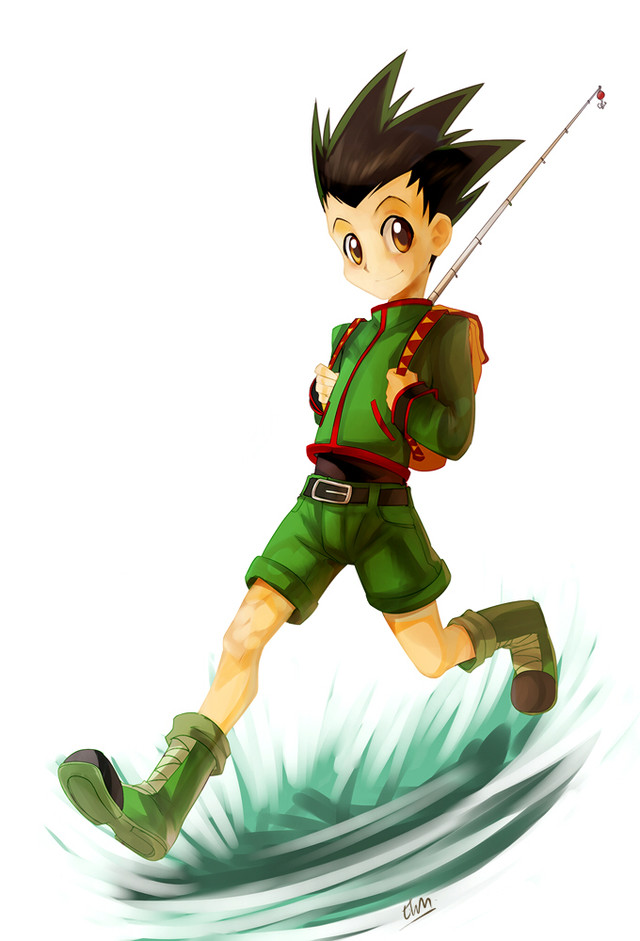 Continuing with the "green represents willpower and courage" thing, we have Hunter X Hunter's Gon. Not only is green a fitting color for him on the "nature" side of things, but this is a kid who didn't quit even after he got his ass kicked for twenty minutes straight, followed by earning a nasty broken arm from a ninjutsu expert. Gon's one hard-as-nails protagonist. 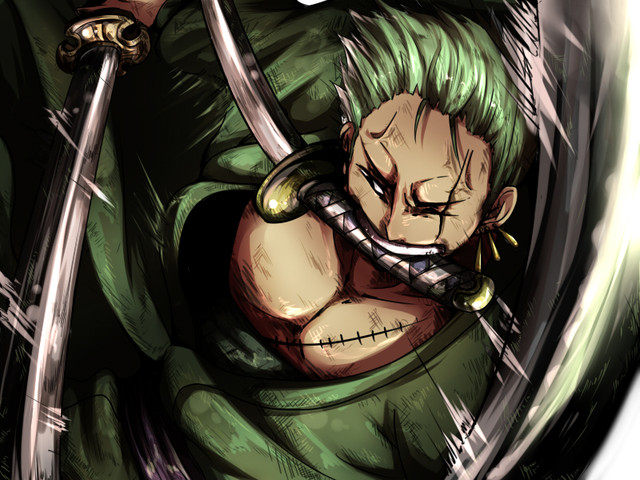 One Piece's Zoro is another character who just doesn't quit, and his new outfit really builds up that whole "courage and willpower" thing. Sure, he has zero sense of direction, but he always manages to find his way if his crewmates are in trouble! 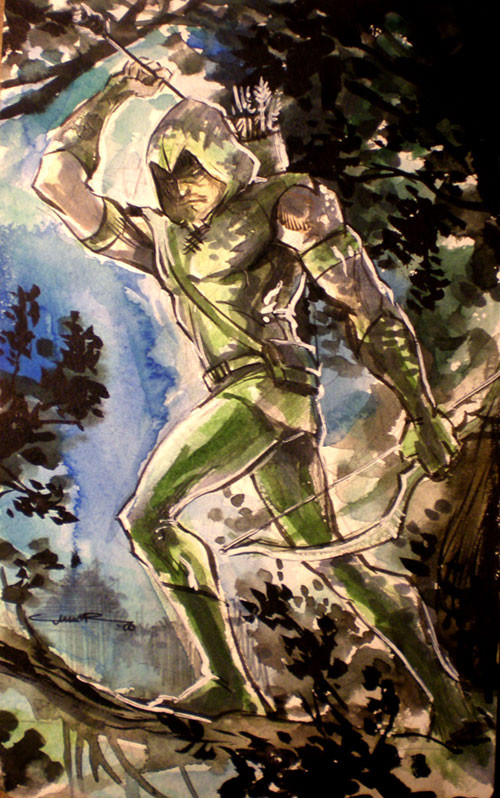 DC's other big emerald hero, Green Arrow is very practical in combat, meaning he'll run away if he has to. Nah, he more represents the "environmental" side of green, dealing specifically in liberal politics. Don't get me wrong, Ollie will kick ass if he has to, but he believes more in helping those who can't help themselves, rather than taking on malevolent cosmic entities. 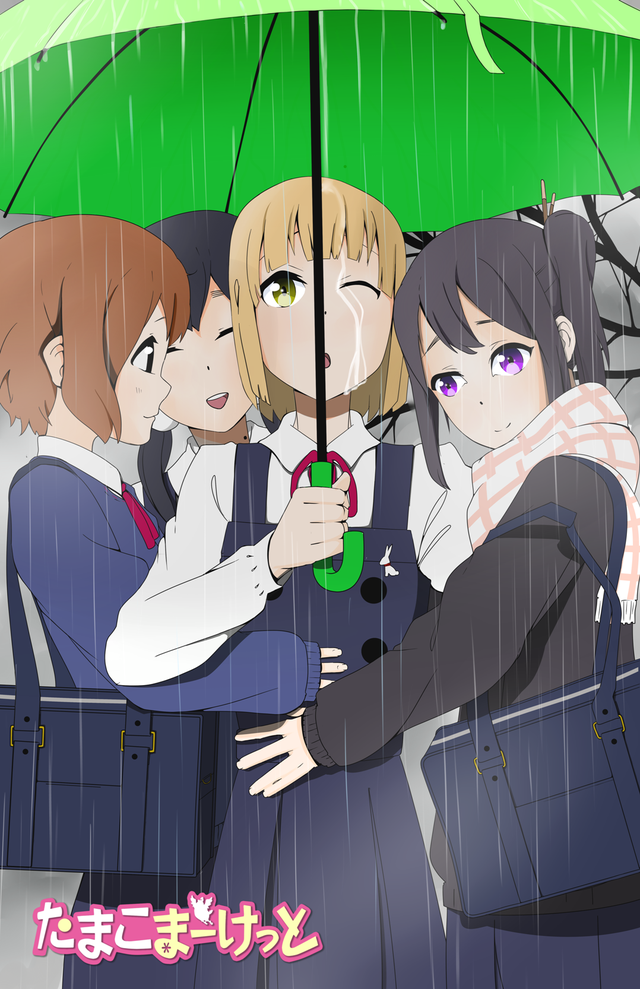 I haven't watched Tamako Market yet, but Tefrin (who currently holds the record for Fanart Friday reader submissions!) has added some "extra green" for the appropriately-named Midori! 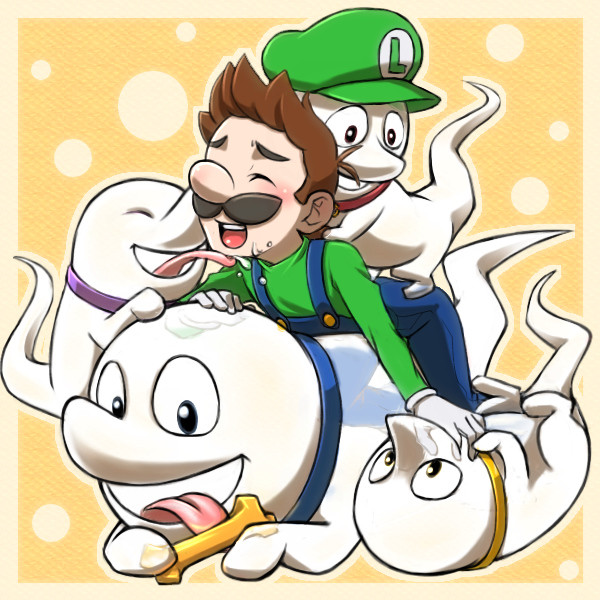 I absolutely loved Luigi's Mansion: Dark Moon, but what really surprised me was that The Escapist's Ben "Yahtzee" Croshaw (who normally hates everything) loved it just as much! There's something to be said for smartly-designed games that don't railroad the player into a single set path! 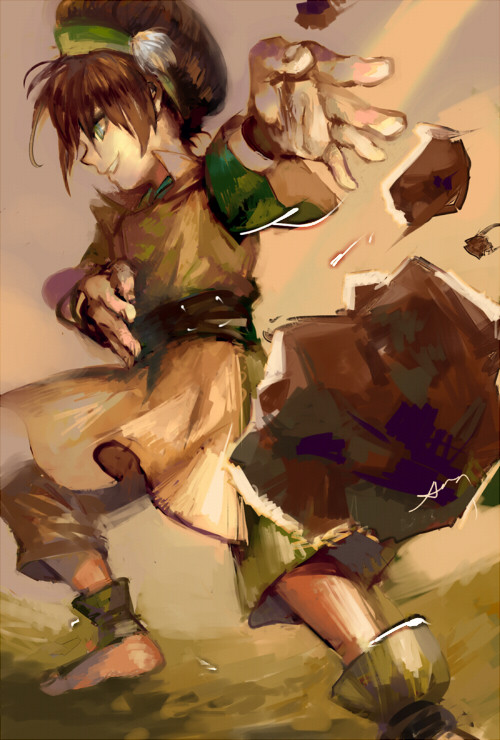 In Avatar: The Last Airbender, "Team Avatar" was a pretty motley crew of good guys with very different martial philosophies: Aang would avoid hurting you if he could help it, Katara would curbstomp you and lecture the bloodied remains, and Sokka would somehow bungle into victory by flailing his space sword (and trusty boomerang!) around. Then there was Toph, who would happily shove an entire mountain up your ass while cackling madly.

I get the feeling that for every color-themed Fanart Friday I do, Kuroko's Basketball will make an appearance. This week, we get the superstitious bespectacled bishounen Midorima, who tapes the fingers of his lucky left hand, carries around lucky items, and makes decisions based off of horoscopes. Dude's weird. 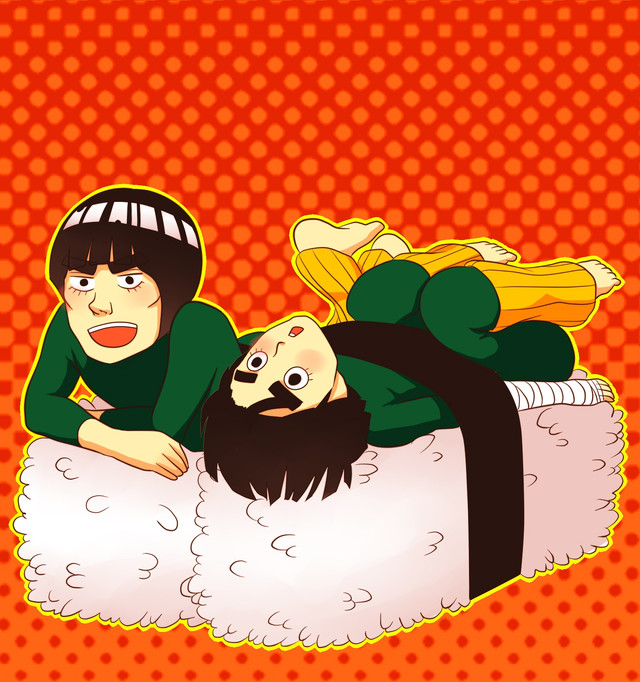 Right, this is normally where I'd have something witty to say, but I'm actually at a loss for words. Guy and Lee as... musubi? Or nigirizushi? It doesn't matter. This is strange. I mean, I've seen stranger, and I've subjected all of you to far worse, but... I dunno. Strange.

And that's all for this week! There's no way I could have possibly included every character who represents green, so who else do you think belongs on this list? Sound off in the comments!

As always, your art is welcome here on Fanart Friday, regardless of your skill level or experience. Just PM me a link to your work and I'll make sure to include it in a future installment! For those of you wanting to get a head start on next week, we're focusing on character tropes for the entire month of May, starting with a personal favorite of mine, GENIUS BRUISERS! Tropes are a storytelling shorthand, codifying elements we recognize in the stories we watch and read, so think on it--without cheating, which characters do you think should show up in next week's installment?

Thanks again for checking out Fanart Friday--have a great weekend, and we hope to see you next time!