FEATURE: Aniwords – On Sakuga, and Why You Should Care About It

Animation is fun! Being able to appreciate it is even better! 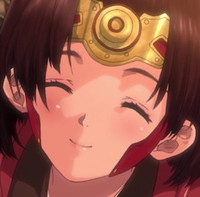 Depending on how much reading you do across anime-related sites, you may or may not be aware that there is a small but vibrant community constantly producing various kinds of anime criticism. These critics – spread across various sites like Crunchyroll, Anime News Network, and a variety of personal blogs and other review sites – bring a wide range of different perspectives, biases, focuses, and interests to their writing. And while some sources of anime criticism (like this column) are newer and others older, this tradition of writing critical analysis on anime has been around for a while. I'm a relative newcomer to all of this, having only started my blog, Mage in a Barrel, about three years ago, so I don't have a complete perspective on the development of the community. However, I have been paying attention long enough to observe some of the more recent trends that have cropped up. Of course, this is only representative of the fairly limited circles where I spend my time, but I do think we've already started to see the effects of some of these changes.

Chief among this is the rising star of sakuga, a word used within the overseas anime fandom to refer to particularly impressive bits of animation [not sure what I'm talking about? Here's a recent example from Concrete Revolutio]. In recent months, there have been a handful of insightful articles written about the topic (accompanying a number of Twitter users and bloggers who write specifically about it), which has given it more visibility and more helped to move it towards becoming something more than just a niche interest among a few hardcore anime fans.

What I'd like to do with this article is two things: 1) present a case study of a discussion about sakuga that interacts with some forms of engaging with anime that are already well-known, and 2) share a bit about why I think sakuga is a good thing not just for animation buffs and anime critics to know about, but for anyone who likes anime to be familiar with and able to enjoy. While I'm not arguing for a full paradigm shift in the way the bulk of anime fans consume or engage with anime, I do want to make a case for sakuga appreciation as something more than just the esoteric realm of critics and specialists. In short, this is about what sakuga means and why you should care.

The idea for this article came to me when a blogger friend of mine, Frog-kun, wrote a post analyzing the way the character Ushio from Clannad was animated. He tagged the piece as "[sakuga analysis]," which caught my attention because his recent blogging interests have been more about otaku culture and light novels. It's a really good piece, interesting even for someone like me who hasn't seen Clannad, but the fact that he wrote it at all struck me as a significant because he doesn't consider himself a "sakuga expert." Despite this, his attention to detail and ability to see patterns and interpret the animation itself, rather than the cinematography or the writing, in the service of writing an intelligent post accessible even to someone who hadn't seen the show demonstrates that sakuga isn't and doesn't have to be a scary, foreign (or, worse, elitist) way of engaging with anime. In fact, it connects beautifully with other ways of engaging with the show, even going to far as to explain why Ushio's character can create an emotional impact on the audience (or, if you prefer, "feels").

Towards the end of the post, Frog-kun also makes a point I'd like to specifically draw your attention to (although you should read the rest of the post, too). He says, "The more I delve into the animation medium, the more I find that 'good writing' can’t be easily separated from 'good animation.'" At the risk of sounding like I wrote this column just to link to blog posts, this point reminded me of a piece by tamerlane420 on Wave Motion Cannon about why sakuga has become increasingly popular. While he makes far too many distinct points within this piece for me to detail and talk about them all (and although his writing is far more academic than Frog-kun's), he makes a solid case for appreciation of good animation for its own sake. This is something that differs somewhat from the point Frog-kun makes about the difficulty of separating good anime and good writing. What tamerlane talks about is not appreciating sakuga because it helps Ushio become a well-realized character, but because the excellent technical qualities of the animation allow the character to be imbued with personality.

This isn't just a semantic switch; it's a fundamentally different way of looking at anime than most of us are used to doing. It's the difference between saying, "Ushio was such a good character! All the cute animation really made her memorable and seem like a kid," and saying "Wow, did you see how well-animated Ushio was in her introduction scene? The way they drew her running out of the room really conveyed her energy well." While this doesn't erase the connection between character (the writing) and animation, the focus shifts from the character to the way they're visually portrayed on screen. It's a matter of prioritization, of what you pay attention to first and what you use as your access point into what you're watching. And lest you're now thinking that this makes sakuga sound like it has to be deep and intensely united with other elements of anime, let me offer up a counter-example. While I ultimately found the 2014 show Captain Earth to be pretty lacking in a lot of the departments by which we traditionally assess shows by (well-rounded characters, a tightly written plot, etc.), one thing that consistently stood out to me about it was the neat effects animation. Captain Earth is filled with tons of cool laser beams and explosions, and it was primarily for these reasons that I liked it. 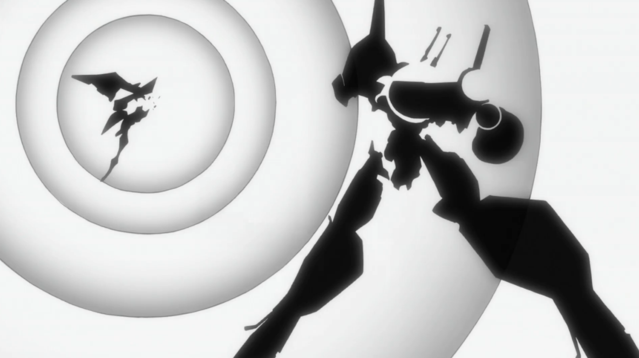 In other words, being able to appreciate the cool effects animation – the sakuga – gave me an entirely new way of enjoying a show I might not have otherwise watched to completion. Is watching a show just because it has neat animation dumb? Or, perhaps more relevantly (because this is a thing people have complained to me about!), is critiquing a show based on the merits of its animation dumb? tamerlane argues that, by virtue of the actual animation's uniqueness – that is, the sequences of drawing that make motion appear before us – it's not; and I'm inclined to agree with him. Furthermore, while tamerlane specifically says that he's not out to campaign for a "pro-sakuga position" (likely a wise decision), that is exactly what I'm trying to do here.

However, I'm not arguing for sakuga to the exclusion of all else. In his article for Anime News Network entitled, "The Joy of Sakuga" (which I highly recommend you read as a sakuga starter guide), Kevin Cirugeda provides a really helpful look at the basics of sakuga and how to begin to learn more about it, but I think perhaps the most salient point of the entire piece is its title. The joy of sakuga. In other words, sakuga (and those who like talking about it) is not here to take away your fun. As Cirugeda writes, "The craft [of animation] stops being something you passively absorb and becomes something you are curious about." In other words, sakuga can be a doorway to a new way of looking at and enjoying anime. As happened with Frog-kun and Clannad, it may give you a new thing to appreciate in a show you've already seen. Or, as happened with me and Captain Earth, it may help you to find a reason to watch a show you might have otherwise found boring. We're all in this hobby of watching anime for entertainment, right? Why deny yourself another thing you can enjoy about anime?In many ways, starting to get into sakuga is like learning a new skill – it's just another tool in your toolbox of anime enjoyment that can make this medium fun for you.

And at this point, I feel I should come clean about my motivations for writing all this. I've been an anime fan for about four years, and I'm well-aware that the typical lifecycle of the average anime fan is pretty short (according to some figures I've seen, about two years). Of course, I don't begrudge those who move on from anime because they're no longer interested in an industry that mainly produces shows targeted at male teenagers; but I still can't help but feel a little sad that anime becomes a relative flash in the pan for them, a two-year personal fad that disappears after the novelty has worn off. Coming to appreciate anime for its animation, I feel, is one way to give ourselves one more reasons to care about anime and to keep watching. This may all be somewhat unconvinving on that front, and I hope to expand on some of these ideas in the future, but for now... consider trying out some sakuga.