FEATURE: Found in Translation - The Evolution of the Word “Otaku” [PART 2] 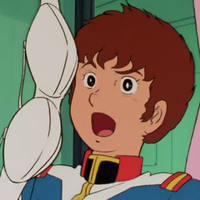 Welcome back to Found in Translation! Last week, I talked about how the word otaku has been adopted into English, as well as some of the complications involved with using it as a label in the Western fandom. Today, I’ll talk about the earliest uses of the word in Japan, touching on the debates being held in the popular and academic press. This column will only scratch the surface of the debate, but hopefully it should make clear that nothing about the popular image of otaku should be taken for granted. 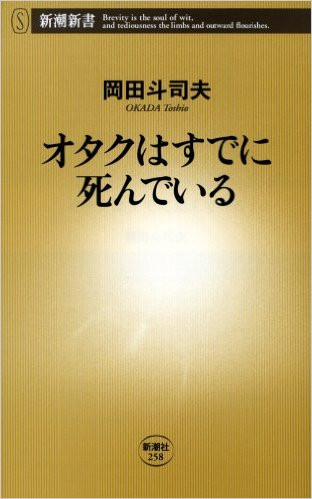 In 2008, Toshio Okada, the former president of Studio Gainax, published a book called Otaku wa sude ni shindeiru. In English, the title translates to “Otaku are Dead.” As you might recall from last week’s column, Okada was one of the individuals who pushed to rehabilitate the image of otaku in the nineties. He also wrote the screenplay for Otaku no Video, which means that his influence in shaping the discourse around otaku has been felt across the globe.

And yet, in “Otaku are Dead,” Okada claimed that otaku are no longer what they used to be. As a big science fiction enthusiast and a Gainax-era otaku, Okada was disillusioned with the rise of moe anime. As far as he was concerned, the mainstreaming of moe anime has led to the public embracing a skewed image of what it means to be an otaku.

“That stereotypical image of a guy who loves his 2D girls is too narrow to describe what an otaku is!” But then, what is an otaku?

When “Otaku are Dead” was first published, it was widely criticized for lacking coherency; but on the other hand, it’s that very lack of coherency that makes it a rather revealing statement about otaku. The widely-received image of the otaku as a heterosexual man who likes anime girls—that is, the moe-type otaku—is not the default at all.

While the word otaku emerged as a label in the 1980s, hardcore anime and manga enthusiasts existed long before then. And while they arguably lacked a group consciousness, they were pioneers of a burgeoning art form. Many people involved in the anime and manga industries during the 1960s and 70s were activists from the student protest movement of the 1960s, and so the scene developed something of a “counter-culture” vibe. The manga critic Eiji Ootsuka, for instance, called it “converted leftist culture” (転向左翼の文化).

The enormous popularity of Mobile Suit Gundam introduced schisms into the anime viewer base. While Gundam itself contained a strong left-wing and anti-war slant, it was arguably Amuro’s character in particular that spoke to the young generation. Amuro was the poster boy of the now classic mecha anime archetype—the geeky boy turned reluctant soldier. Gundam made visible the obsessive sci-fi nerds who would later be deemed otaku. 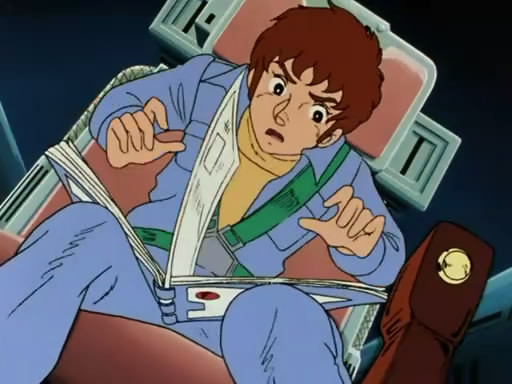 Before otaku was brandished as a label, the word mania (short for “maniac”) was often used to describe such people. While sci-fi mania did have a reputation for social awkwardness, their image was not overtly negative. In some ways, in fact, they were innovative and cutting-edge. According to the otaku scholar Kaichirou Morikawa, it was these geek consumers who would transform Akihabara from a district known mainly for selling home appliances into one that sold personal computers. At a time when personal computers were still a niche product, the mania led the way for change.

As I mentioned in the first part of this column, otaku was coined as a label in 1983 by Akio Nakamori. But the magazine it was published in, Manga Burikko, had a small circulation, and so it escaped mainstream attention. In fact, most sci-fi and anime fans probably didn’t know of the word’s use as a label either. The primary use of the word otaku then was as a polite form of address among people who shared interests but didn’t know each other well personally, and it is still used that way in some circles today.

Things changed dramatically after 1989, when a man named Tsutomu Miyazaki was arrested for murdering four young girls. He was also a cannibal and a necrophile. It really doesn’t bear even thinking about, but you can imagine why the media would be so fascinated with it. Just as the American media latched onto Elliot Rodger’s connection to video games, the Japanese media latched onto Miyazaki’s anime collection. 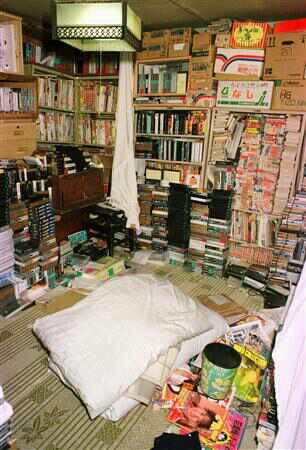 As you can imagine, this event changed the discourse around otaku forever. For one thing, the word entered mainstream consciousness. When Eiji Ootsuka, the former editor of Manga Burikko, came out to defend anime fans from negative comparisons to Miyazaki, he introduced the word otaku to mainstream journalists. Because it was Ootsuka’s intent to defend this particular image of otaku, he had to invoke the caricature of Miyazaki before he could disassociate otaku from it: “Yes, an otaku might be a nerdy man with unusual tastes, but that isn’t necessarily a bad thing.”

The first part of the sentence is necessary in order to say the second part. In other words, in order to defend this idea of otaku, Ootsuka helped affirmed the stereotype. This was something he came to regret, and in later publications he would scorn the discourse around the otaku label.

Ootsuka wasn’t the only person who attempted to rebrand the stereotype into something more positive. Toshio Okada, for instance, emerged as the “Otaking” during this period because of his insistence that only an otaku is qualified to speak for otaku. By turning himself into a representative example of otaku, he helped turn a vague concept into something tangible. But he also essentially rejected anyone who did not resemble himself from his definition of otaku. 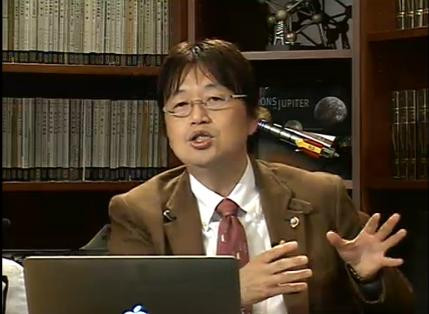 Had the infamous “otaku murderer” been a woman, would the word have evolved differently? It’s worth thinking about. After all, Nakamori’s original article explicitly refers to both men and women as otaku. Yet the public discussion around otaku in the wake of the Tsutomu Miyazaki case occurred in a male-dominated arena. For example, the first otaku-related book published after Miyazaki's arrest (called Otaku no Hon) was a collection of essays written by men and edited by a man. Even when discussing otaku in a positive way, these writers helped affirm the gendered connotations of the word.

What often goes unacknowledged in histories of otaku is that women were a driving force in the fandom from the early days. Sci-fi series like Mobile Suit Gundam and Space Battleship Yamato were just as popular among women as they were with men. Their active participation in the anime fandom continues today. According to the Yano Research Institute, girls were estimated to make up at least 40 percent of all Japanese otaku in 2012, as well as a majority of all otaku in the doujinshi, cosplay, and Vocaloid fandoms.

What is particularly significant for the history of otaku is that female artists like Moto Hagio were extremely influential among both men and women in the 1970s. The first Comiket (short for “Comic Market”) was dedicated in large part to shoujo manga. Teruo Harada, the first president of Comiket, was such a big fan of Moto Hagio that he participated in the fan production of an animated version of her manga November Gymnasium that was screened at the first Comiket in 1975. 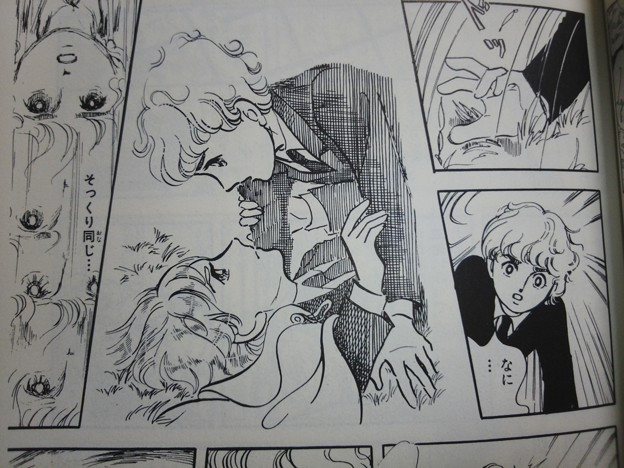 The styles of female artists helped shape the “beautiful girl” aesthetic that any anime fan would be familiar with today. Male artists would consciously attempt to copy the beautiful girls in shoujo manga and make them their own. Manga Burikko, the magazine that coined the otaku label, was one such magazine for male artists drawing in the shoujo style (although it did have plenty of female artists too).

These men were only the minority of shoujo fandom, so how did they end up taking over the otaku label? Perhaps it was because it was more transgressive for men to be into such things, and so their presence became more visible to the eyes of outsiders. According to Kimio Ito, a gender studies professor at Kyoto University, shoujo manga was appealing to some men because it provided them an alternative to the strict gender roles in Japanese society. The feminist anime critic Mari Kotani has a similar opinion on male otaku, saying that they are marginalized in their own society. Unlike female otaku, who can hide their interests and generally fit into society better, male otaku are betrayed by their perceived social failings.

It’s worth mentioning here that not every male shoujo fan in the 1970s saw himself or was seen in such a negative light. As I mentioned earlier, the anime and manga scene had a “counter-culture” vibe during this period. When Akio Nakamori made fun of the so-called otaku, he did so from the perspective of someone who was into idols and shoujo himself. The difference was that he saw himself as a progressive and hip individual who was into those things for the “right” reasons, while the so-called otaku were simply uncool.

Right from the very beginning, then, otaku was a word filled with tension and anxiety. It was initially used to create a line between one kind of fan and another in what was already a niche fandom. And when the word entered the mainstream discourse, some men took the opportunity to carve their own identities onto the word. It was because of this context that otaku developed its narrow, gendered connotations despite technically being a gender-neutral term.

So then, what happened to the word in Japan after it became so well-known overseas, and after so many people started using it to describe themselves outside the original context?

You’ll have to wait until next week to find out.