How is color used in Flip Flappers to push the internal to the external? 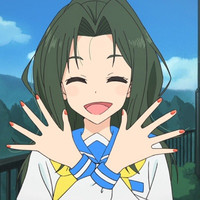 Color is a key component of an anime’s visual direction that we tend to process on a more subconscious level. It’s easy to latch onto an engaging plot thread or become enamored with a character’s plight, but the subtleties of a color palette are strongly visceral. A bright color scheme may make us feel cheerful and energetic, while conversely a darker tone could leave is in a more somber mood. This is a straightforward example but it illustrates the emotional role color plays during our viewing experience. 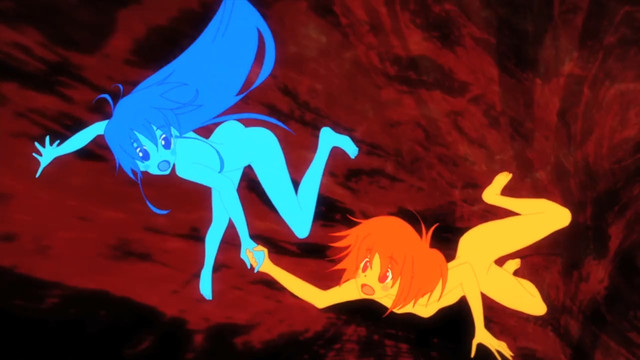 When it comes to Flip Flappers, Oshiyama has a good sense of how he wants to use color to engage the audience. The Pure illusion universes are arguably the most visually enticing segments of the anime, and it would not be a stretch to call many of them – such as the world in episode 2 – a sensory overload. The seemingly innocuous yellow sky mixing with the neon blue and red tones of Papika and Cocona’s models was disorienting, to say the least. In this regard, color contributed less toward a narrative goal, but rather an atmospheric one. Did we feel excited, lost, or perhaps a combination of both during this wild excursion?

However, being a commercial TV anime, Oshiyama also uses color in Flip Flappers as a non-verbal form of storytelling. Although Oshiyama’s approach is less conventional than many of his contemporaries, he still adheres to the idea that color is an effective method of externalizing a character’s internal state of mind. 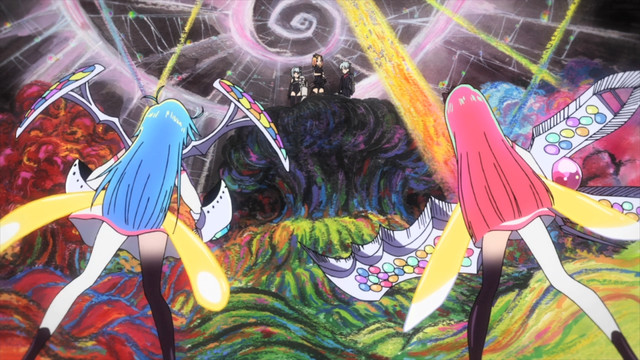 The approach of using color to visualize internal thoughts and feelings has been a longstanding tradition of many notable anime directors, such as Akiyuki Shinbo. Prior to co-founding Shaft and overseeing the studio’s ventures, Shinbo was an avant-garde anime director who frequently used his animated canvas to paint frenzied portraits of conflicted emotional states.

Shinbo’s Cossette no Shouzou was an abstract fusion of religious motifs, baroque tapestry and gothic horror – all loosely externalizing the incomprehensible reality of a young man who tragically fell in love with the image of a girl in a wine glass. While Shinbo’s pre-Shaft works were highly divisive as a result of their lack of narrative cohesion, his ability to convey raw emotion through powerful and downright sickening combinations of colors is still, to this day, unrivaled.

Akiyuki Shinbo's Cossette no Shouzou (left) and The SoulTaker (right).

Although Oshiyama’s use of color in Flip Flappers is far removed from Shinbo’s, it tangibly echoes his core design philosophy of visualizing emotion for the audience. Papika and especially Cocona’s emotional states are voiced in part by the tones of their surroundings. For instance, Cocona's first appearance is accompanied by the oppressive grey ceiling of a packed classroom; a stressful exam scenario that many of us could relate to. As a result, Cocona’s introduction sets a strong precedent for her emotional conflict – the uncertainty and indecision clouding her life.

Additionally, episode 6 of Flip Flappers establishes a clear link between color and the emotional manifestations created by the Pure Illusion universes. Papika and Cocona stumble upon a doorway which leads them to a world simultaneously defined by warm and cold colors. The caring embrace of an elderly lady slowly falling victim to dementia contrasted by the frigid isolation of a household without love – the two girls occupy opposite sides of a singular reality created by their classmate’s memories. 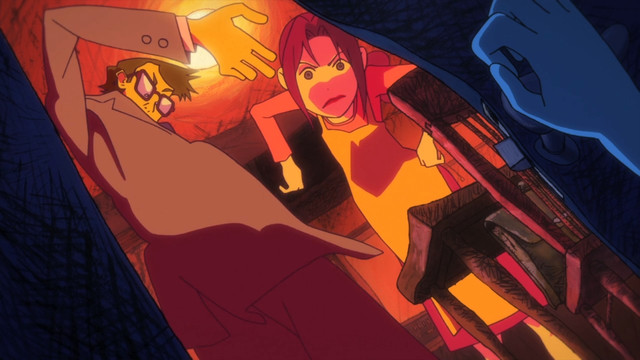 Oshiyama’s use of strong primary colors to characterize the good and bad moments of Iroha Irodori’s past was ultimately simplistic, but it still painted a bold image of childhood within a short period of time. The decision to craft a world defined by opposing shades of orange and blue mirrors a more naive childlike mentality. The kind aunt was a central figure in Iroha’s life who inspired her to pursue her own art – irrespective of society’s standards. On the other hand, Iroha’s life at home was defined by her parents fighting and arguing, which led to a very secluded existence.

It’s also important to keep in mind that Papika and Cocona were acting out what was essentially a flashback of Iroha’s past. The overwhelming joy and sadness that Iroha experienced growing up was externalized by the calming orange hue and dark blue tone, respectively. Both girls connected to Iroha emotionally through living out her reality. However, for us as the audience, Oshiyama chose to convey these feelings and experiences to us through a prominent display of color. 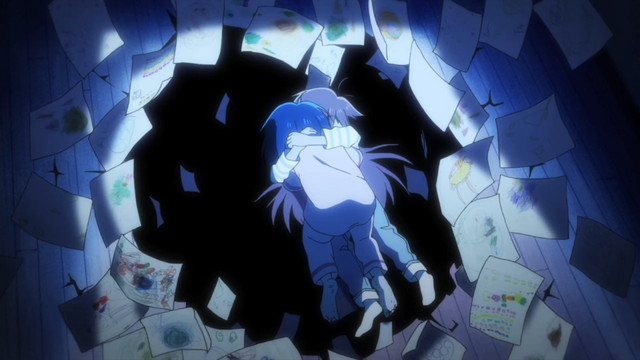 To say the least, Flip Flappers is one of the more colorful anime of 2016. Did you feel the simplistic approach to color was effective in episode 6 or could it have been subtler in parts? Let us know in the comments below!