FEATURE: Why It Works: A Worlds Tour of Flip Flappers, Part Two

Today we conclude our journey through the many worlds of Flip Flappers! 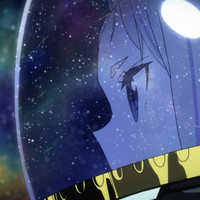 Hello again, and welcome back to Why It Works. Last week we explored the first three realms of Flip Flappers’ Pure Illusions, tying each of them to both Cocona’s personal development and whatever other characters they might also reflect. While we had some fairly clear hints to guide us for Flip Flappers’ second and third worlds, things get a little more ambiguous as the show progresses. Let’s do our best to sift through the clues of the show’s further worlds, and see what we can find! 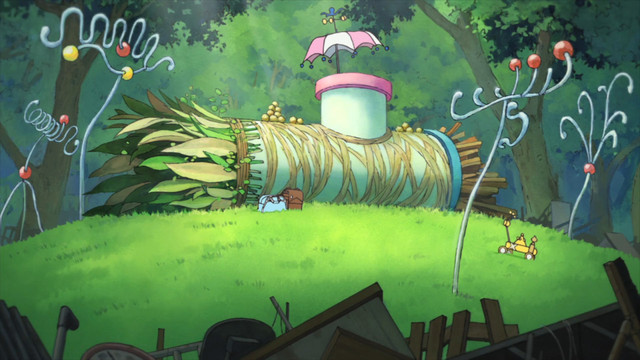 Cocona and Papika take a break from visiting Pure Illusion in Flip Flappers’ fourth episode, as mad scientist Hidaka tells them they need to “synchronize their impedance” by living together. While the world may not directly reflect Cocona’s moods this time, this is still a vital moment in her emotional progression. Having accepted her own conflicting feelings regarding Papika in the third episode, she now visually “enters Papika’s world,” and accepts Papika’s feelings on their own terms.

As an adventure divorced from Pure Illusion, this episode ultimately reflects Papika’s personal world in spite of itself. Papika doesn’t need Pure Illusion to see magic and mystery in the world - her curiosity and open embracing of the world around her makes everything an adventure. Things like making dinner in the woods behind Cocona’s school are framed as every bit as goofy and exciting as the bunny or Mad Max adventures, and through sharing this time with Papika, we see Cocona beginning to accept her friend’s way of viewing the world. Later on, their adventures continue on a desert island, and Cocona ultimately admits her admiration of Papika is linked to her own lack of self-worth. Papika’s own respect for Cocona helps her both feel better and open up about her fundamental feelings, leading to the reveal that her parents died when she was very young. By embracing Papika’s exciting world, Cocona is able to come to a better understanding of her own. 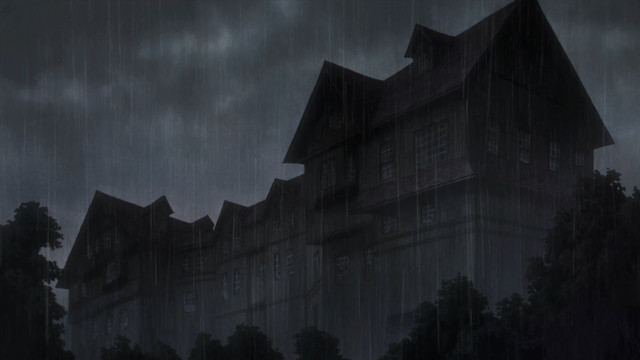 With Cocona and Papika finally having established a meaningful, trusting friendship, the fifth episode’s Pure Illusion frames their feelings in the most stark and frightening terms. Learning to trust and love another is difficult at the best of times, and when two girls in anime love each other, their feelings are in even greater narrative jeopardy. Flip Flappers’ fifth episode presents an ominous all-girls school, drawing on a history of “Class S” yuri tropes that extends from the early twentieth century to shows like Maria Watches Over Us.

From the lily flower imagery (literally “yuri” in Japanese) to the forlorn shots of girls through high windows and the concept of ever-watching classmates, Flip Flappers’ fifth episode draws on a more culturally specific vocabulary than earlier adventures. Even the overarching figure of the clock that resets time seems appropriate; such love stories are often framed as something characters “grow out of,” and so to prove the validity of their feelings, Cocona and Papika ultimately destroy the clock itself. Though this set of cultural touchstones seem a little before Cocona’s time (meaning this could well be assigned to a figure like Cocona's grandmother, who echoes Yayaka's tragic role from generations before), the fifth episode still offers a classic narrative framework for illustrating her underlying anxieties. 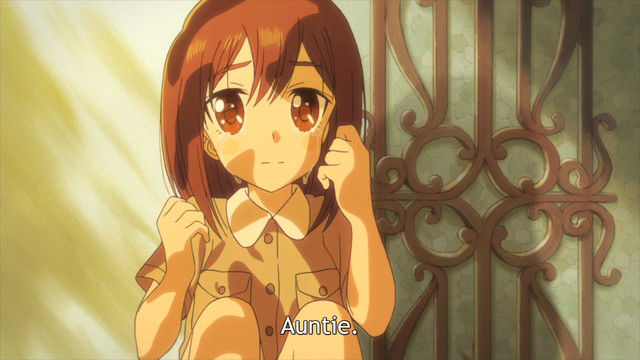 The sixth episode is much easier to match to a character - in fact, this is basically where the show gets explicit about worlds echoing characters at all. Here, Cocona and Papika end up embodying the duality of their classmate Iroha, a girl whose painful childhood ended up inspiring her love of painting. Trapped in someone else’s story, the two articulate through their separation how Iroha herself segmented her unhappy home life and happy time with her aunt in order to survive. Iroha’s current love of painting is even reflected in this world’s distinctive coloration, which mirrors the three primary colors of Cocona, Papika, and Yayaka. Iroha's happy memories are bathed in warm yellows, while dark feelings are obscured in blue, and the outright danger of her parents is painted red.

In the wake of that journey into Iroha’s mind, Cocona finds she’s fundamentally altered Iroha’s feelings about the past, as well as her current personality. Plagued by uncertainty, Cocona draws back into herself, but the world she now creates is populated by a myriad fragments of Papika. Cocona’s internal landscape now echoes all of the things Papika has been and meant to her - Papika has actually become a part of her. But having come to love Papika for all her contradictory complexity, Cocona can’t be happy with these fragments of the person she loves. She rejects the safety of her incomplete impressions of Papika in favor of the sometimes frightening, sometimes frustrating, but always inspiring real thing. 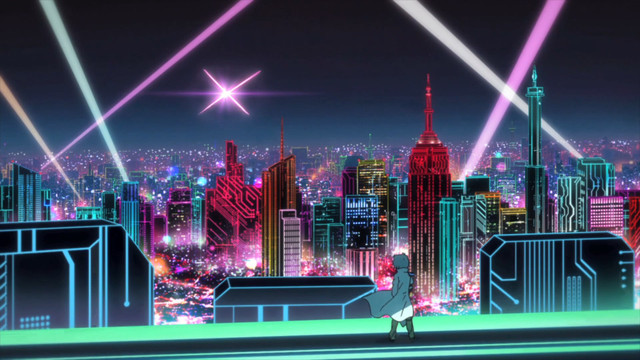 Episodes eight and nine return us to the worlds of others. In a reprise of the show’s early format, the eighth episode tosses us into the world of mad scientist Hidaka, where his love of robots and self-image are given an entire electric city to play with. And in nine, an endless white expanse introduces us to the painful repression of Cocona’s friend Yayaka. Having been conscripted to spy on Cocona from an early age, all of Yayaka’s legitimate feelings are suppressed by her duty, leaving nothing but the white hospital walls of her childhood to represent her emotions (making this episode's title of "Pure Mute" one of the most parsible of the series). But Yayaka's feelings are too strong for her own mental barriers, and they ultimately emerge like crystalline formations from beneath the surface of her mind.

Flip Flappers’ last act is a merry-go-round reprise of all that has come before, guided by the shocking reveals of Cocona’s parentage and the nature of the world around her. The border between reality and Pure Illusion breaks down entirely, but the apocalyptic cult that had spent all this time hoping for just that are essentially discarded without a second glance. Their irrelevance points to the silliness of their goal: of course there’s no distinction between our personal worlds and the larger one. Papika didn’t need to enter Cocona’s mind to change her personal illusion; she simply had to be there for her, inspiring her and supporting her and helping her find the strength to choose her destiny. 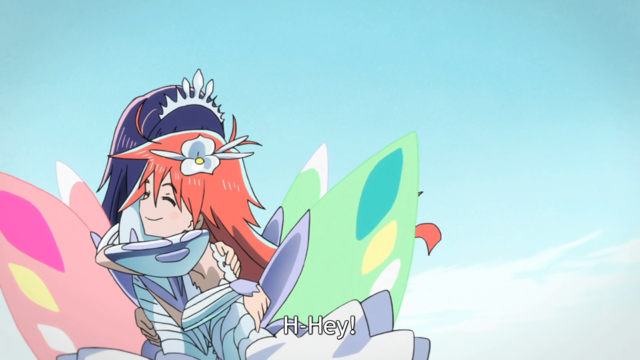 In the end, Flip Flappers’ final Pure Illusion posits a world without Pure Illusion. The cities are grey and mundane, the uniforms are dreary, and Uexkull actually resembles a real rabbit. This world is a disappointing place, but to Flip Flappers, this isn’t actually what the real world is like. The world may not actively embody our internal landscapes, but our impression of the world is still colored by what we are willing to see in it, how much magic we are able to believe in. Taking Papika’s hand, Cocona returns to her own world, a world she never before realized was already full of magic, already reflective of her own vibrant personality. Cocona didn't need to escape to the Pure Illusions of others. She simply had to find someone who saw the beauty in her own.