Check out the real-world locations of Gabriel DropOut and Fuuka! 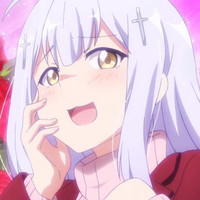 This week’s Anime vs. Real Life is going to be a double feature on both the real-world locations of Gabriel DropOut and Fuuka. You might ask yourself now, why exactly those two, what might they have in common? To be honest, next to nothing. The only similarity they share is that neither of them really show all too many outdoor locations, which is the reason why I did not have enough material to write about them individually, but I still wanted to share them nonetheless. So first up, Gabriel DropOut!

After graduating school in heaven, Angels continue their studies in the world below, where they attend human schools, learn about human behavior, and ideally lead people to happiness. The bird's angel’s-eye view already gives it away, but Gabriel Tenma White gets sent to Hamamatsu. The industrial town is located in the west of Shizuoka Prefecture, and roughly borders Lake Hamana to the west and the Pacific Ocean to the south. It is here, where the once so promising young Gabriel was supposed to mature into a full-fledged angel. That is until she fell for most evil trap imaginable, probably invented by the devil himself – MMO microtransactions. After that, Gabriel fully embraces her lifestyle as an irredeemable faillen angel and shut-in, so it’s only natural that we don’t actually get to see a great variety of locations throughout the show.

Hamamatsu is not really considered a big tourist city anyway, but its most popular tourist attraction is probably Hamamatsu Castle. The castle was constructed around 1532, and even served as Tokugawa Ieyasu’s base where he moved to in 1570 and stayed for 17 years. Today’s Hamatsu Castle is only a reconstruction, since it was destroyed during the Second World War. Other than that, Hamamatsu is well known for the production of musical instruments, with big companies like Yamaha or Kawai Musical Instruments having their headquarters there. Maybe that’s also where Gabriel acquired the first trumpet of the apocalypse.

Blessedly, not even faillen angels are exempted from the mandatory beach trip episode, but luckily for Gabriel, they don’t actually have to travel all too far out. Benten Island is a small island in Lake Hamana, in the west of Hamamatsu.

They are enjoying their summer vacation at the Bentenjima Kaihin Park with its wide and shallow beach, although I guess Gabriel is still busy protecting the Valhalla Kingdom. (Protecting another god’s dominion? How blasphemous!)

At least Satania is in the mood for some beach fun. Visible in the background is Bentenjima’s picturesque “floating” torii gate. And even further in the back past Hamana Bridge is already the Pacific Ocean.

In Gabriel DropOut’s latest episode, our favorite angels and demons pay their first shrine visit of the year to the relatively far away Okuni Shrine. The Shinto shrine’s primary kami is the Okuninushi. Again, such blasphemy.

Whose side are you on? Angels or demons?

Last but not least, Fuuka! Aesthetically, the show does not really stand out at all, which is actually fine as the show’s main draw are its characters and its music. Fuuka takes place in Itabashi for the most part, a special ward in the northwest of the Tokyo Metropolis, with a brief change of location to Kamakura during the show’s summer vacation arc. The manga’s creator, Kouji Seo, seems quite fond of the area, as he already used it in a couple of his other works, like a A Town Where You Live or Fuuka’s prequel, Suzuka. Yuu’s and Fuuka’s eventful and akward first encounter happens at the west entrance of the Narimasu Skip Village shopping district.

While Yuu was completely captivated by Koyuki’s new song playing in the CD store next to him, Fuuka enters the scene and runs him down. While still on the ground, with her underwear in plain view, and with Yuu still having his phone out, she suspects him of taking pictures, and therefore punishes him by smashing his phone to the ground and a hefty slap in the face.

The Narimasu Skip Village entrance right outside of Narimasu Station.

That’s Koyuki gracing the Shibuya 109 department store in the anime, and Ariana Grande on the real one.

Koyuki even performed in the iconic Nippon Budokan.

In Fuuka’s ninth episode, Yuu and Koyuki meet up for their date at Kawagoeshi Station.

Kawagoe is a small town just a bit north of Tokyo, and often gets referred to as Little Edo (the old name for Tokyo) due to its many historic and traditional buildings. The street seen above is the Kurazukuri Street, lined with a great number of traditional warehouses.

Perhaps the city’s most prominent landmark, the Bell of Time. The bell tower is Kawagoe’s symbol and has been telling the time for 350 years now.

And that’s how the tower looked during my trip to Kawagoe last summer. I originally headed to Kawagoe for the locations of Kamisama Hajimemashita, but as you can imagine, I wasn't amused that I didn't get to see the Bell of Time.

Who do you think should end up with Yuu? Fuuka or Koyuri? Sound off in the comments below!