Take another look at the real-world locations of Akiba’s Trip! 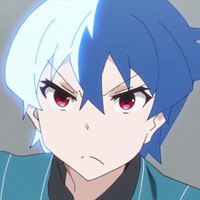 The winter season is slowly coming to a close, and the new spring anime are just around the corner. This holds true for Akiba’s Trip The Animation as well, which is going into its grand final showdown next Wednesday. After a short hiatus, and some time of self-reflection, Electric Mayonnaise is back together to finally take on Mayo and Urame’s evil grandmother, Metrotica, and lift the government ban to get rid of everything otaku-related from Akihabara. These past few episodes have been a blast now that Akiba’s Trip is finally following a bigger plotline, while still maintaining its signature ridiculous, over-the-top, and self-deprecating humor. Another one of the show’s strong points has been its surprisingly accurate rendition of the colorful and vibrant Akihabara district, the center of otaku culture. So let’s get another look at the real-world locations of Akiba’s Trip. This article will include images from episodes five through twelve, so please check out my older article about the first four episodes here.

The Adores arcade is one of many along Akihabara's main street, Chuo Dori. The first and second floors mainly contain prize games, while the third floor up to the tenth floor are used for karaoke.

As you can see there’s no actual MofMap building in Akihabara, which is supposed to be a parody of the large electronic retailer, Sofmap. The store to the left is actually the Sofmap Reuse General Store, one of multiple Sofmaps in Akihabara.

In episode six, Tamotsu decides to build a PC himself after his old one breaks down, so he heads to the Marutsu Electronics Store in one of Akihabara’s side streets.

Mayo and Tamotsu are on their daily patrol around Akihabara. The shop to the left is the Tokka Bazaar electronics store, and to the right is the Coffee Salon Place.

March Rabbit, the shop to the left with the orange sign, is another electronics store in Akihabara.

Of course Tamotsu wouldn’t just build any normal PC – instead he builds a mobile apparatus equipped with a highly intelligent A.I., which he lovingly names Pyuko. Much to Mayo's annoyance, he takes his new ‘girlfriend’ instead of her on his daily patrol around Akihabara, showing her various landmarks of the area, like the Mansei Bridge here.

Labi is operated by Yamada Denki and is located just across the street from the southern Akihabara Electric Town exit of the JR Akihabara Station. The store mainly sells household electronics and computers.

The building to the left is the backside of Taito’s Hey Arcade, one of my personal favorites, mainly because I got my first out of many, many prize figures there (a Mami figure from The [email protected] series).

Akiba LED, for all your fancy LED needs.

Everybody loves gachapon (capsule toys), and the Akihabara Gatchapon Kaikan is a whole shop filled with nothing else but gatcha machines. But for some odd reason, I never get the ones I want. Seriously, I really don’t need three little Hanamiya figures (the unfair spider guy from Kuroko's Basketball).

Of course the computers had to turn into killer robots at some point in the story.

Just outside of the northern Akihabara Electric Town entrance of JR Akihabara Station are the popular Gundam Café and the AKB48 Cafe and Shop.

The Akihabara Crossfield complex outside of JR Station houses the Tokyo Anime Center, where anime related exhibitions and events are held.

The widely famous Melonbooks store (green sign to the left) specializes in doujinshi.

In the tenth episode, Mayo and Tamotsu spend their date restaurant hopping. Their first stop is the Indian restaurant Bengal. The curry restaurant has been in business for over 40 years now, and is located in one of Akihabara’s side alleys.

Their second stop is right next door. According to Mayo, Gansen is Akihabara’s most famous Chinese restaurant.

They then head to Kitchen Jiro, the western style restaurant has also been featured in the popular Steins;Gate games.

Don’t forget to catch the big series finale next Wednesday!