Which of Spring 2017's anime families is the best? Depends on what you like in a family! 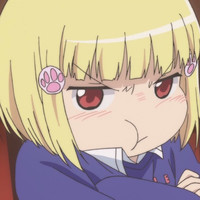 Lately, it seems there's always at least one anime each season that explores the idea of family – whether traditional, non-traditional, or found. Last season we had Miss Kobayashi's Dragon Maid, the season before that we had March comes in like a lion, and the season before that we had sweetness & lightning. As a trend, it's certainly one I can get behind. We humans need community to survive, need those people in our lives that we can call our family. And everyone finds family differently, so it's nice to see anime exploring such a variety of interpretations of what it means to be a family.

This current season, in particular, has given us a bounty of anime about family—from the rather traditional take that The Eccentric Family 2 depicts to the heartwarming focus on a child's place in a family in Alice & Zoroku to WorldEnd's wistful fantasy depiction of a family in the middle of a war. And that's just the shows that have family as a central element, with others like Sword Oratoria and My Hero Academia using family as a peripheral thematic element (yes, I'm ignoring Eromanga Sensei on purpose).

And so, tonight's project is to take a deeper look at those three shows in which family is part of the central appeal, breaking down their specific interpretations of this idea of "family," what it means, and how it impacts the people who are part of it. 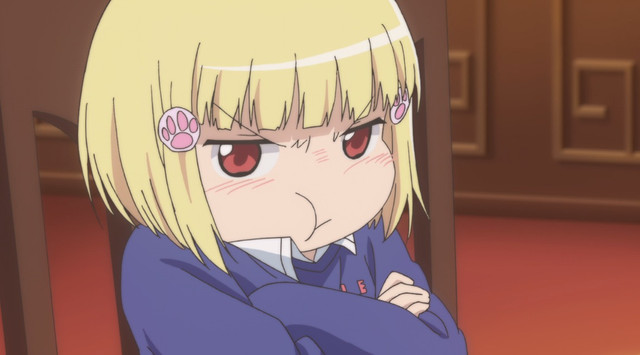 The Idiot Blood of The Eccentric Family

The Eccentric Family's idea of family is probably the one that aligns most closely with out traditional concept of the social unit, although as we find out, there are... complications. But nuances aside for now, the central family of the show is unambiguously that of the Shimogamos—Yasaburo, Yaichiro, Yajiro, Yashio, their mother, Tousen, and their late father, Soichiro. With the Shimogamo patriarch deceased before the beginning of the show's first season, The Eccentric Family makes clear that his loss, although it has divided the family in some ways, has not broken their familial bond. The "idiot blood" of the tanukis holds them together, and does so throughout the entire first season of the show.

As we've come to The Eccentric Family 2, this same idea of family has persisted. If the nature of family for our beloved crew of taunkis is "those who share your blood," then the application of family is that families stick together and help each other out. We see this in the way Yasaburo takes care of Yashiro, in his and Yaichiro's visits to Yajiro, and even in the gentle way Tousen chides Yasaburo into assisting Yaichiro with his courtship of Gyokuran.

But, of course, no family is perfect, and so we also see in parallel Yasaburo blowing off Yaichiro's requests for help in setting up the tanuki shogi tournament or, more dramatically, all of the events of the first season—which have their source in Soun Ebisugawa (who my fellow features writer, Nick Creamer, recently wrote about). In fact, it is because Soun is family that his scheming and evil are so detestable. Delivering his own brother to his death and seeking to ruin the rest of the Shimogamo family, Soun's atrocities serve as the ugly foil to the warm unity that the Shimogamos always return to. Where the Ebisugawas seek to divide, the Shimogamos join together—sometimes bringing others, like Akadama, into their circle. Even if they argue or go their separate ways at times, the idiot blood they share always brings them back together when it really counts—and, for them, that's what being a family means. 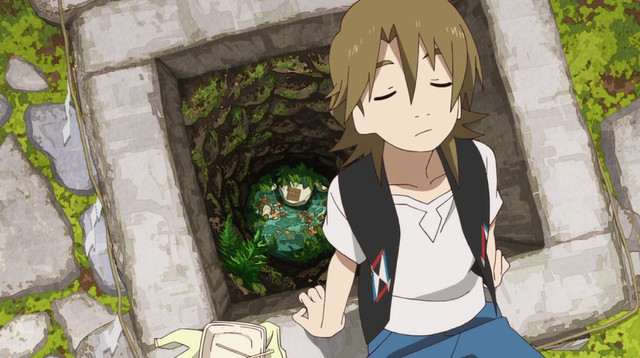 The Gravitational Pull of a Child in Alice & Zoroku

In contrast to the communal loyalty and aid that the Shimogamos act out, Alice & Zoroku (my favorite show this season, by the way) has a different focus. It's not until episode 6 that protagonist Sana gets officially adopted by Zoroku into the Kashimura family, but as early as episode 2 we see the impact Sana's arrival makes on the lives of Zoroku and his granddaugher, Sanae. The effect Sana has is huge, drawing tons of attention and energy from both of them—causing them trouble, making demands, and otherwise disrupting their peaceful established existence. In structural terms, it's actually quite at harmony with the time-honored trope of the child with unbelievable magic powers; the family revolves around the child just as the story revolves around the magical prodigy.

So what, then, is Alice & Zoroku's conception of "family?" The key to unlocking that answer lies, cleverly, within the show's fantasy elements. In episodes 6 and 7, Sana has gradually begun adjusting to life outside the research facility (and outside magical battles). She comes into contact with the outside world, learning new things (like math), and experiencing things she's never experienced before. And, as life goes for a child, it all begins to overwhelm her.

But fortunately Sana doesn't have to go through all this alone. She's got the fantastically kind and patient Sanae to listen to her talk through her "frazzled" feelings, Zoroku acting as a solid anchor of common sense, and even the ever-cool Ichijo to act as her teacher and mentor. Around Sana they form a cocoon where she can navigate the difficult shift from being a magical girl to a human one. And this, I think, is what family means in Alice & Zoroku: Family is the place where we learn to be human. For Sana, this is true in a very literal sense, but the way her evolution from precocious bundle of intelligent magical energy to a being who can feel confused, upset, and sad is influenced and guided by the people around her mirrors the way children learn from their families. And what's perhaps most gratifying about Alice & Zoroku's use of this form of family is the way those people gravitate towards Sana, going out of their way to give this child the kindness, love, and wisdom she needs. That's a good family. 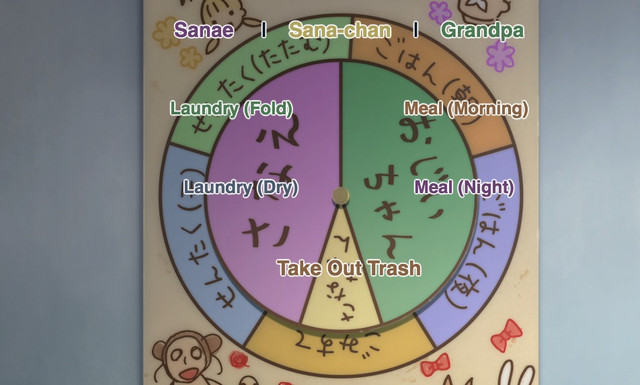 WorldEnd & the Place of Return

Of the three shows I'm highlighting here, WorldEnd is probably the closest to being a stretch with regards to the family theme, but there are some specific reasons why "family" is the word I think is best suited to capture the idea. At the start of the show, our viewpoint character, Willem, begins his new job as the caretaker of a collection of living weapons. Officially, he works in a warehouse, keeping watch over the fairies as one might care for a fleet of expensive warships. But, of course, things aren't that simple, as the fairies are sentient beings with their own thoughts, emotions, joys, and worries. And so, for Willem, long an aimless wanderer in a world where he's the last of his species, this odd community of children who live only to die slowly becomes a place that he can call a home.

The importance of the "family" of the fairies and their two caretakers is underscored by WorldEnd's wartime setting. Although Willem is no longer able to battle, through Chtholly he relives (and remembers) his own experiences of fighting for the survival of the world. As we see in his flashbacks, Willem was also once a young warrior in a group of other young warriors who functioned as a family unit. But now the tables have turned. Willem is no longer the human brave who goes out to battle with promises of butter cake awaiting him when he returns; instead, he fulfills that role for Chtholly, giving her a reason to live. And in that waiting, he finds a new place for himself. He finds a home.

For both Chtholly and Willem, family are the people you go home to. This is the defining quality of "family" in WorldEnd. The story's graceful use of its (often) distantly portrayed war-torn world simultaneously brings the family into the focus, while also emphasizing its necessity to our characters by way of its constant reminders that death and despair are right around the corner. For Chtholly, Willem, and the rest of the fairies, it is their family – unusual as it may be – that gives them respite, gives them peace, gives them hope. And sometimes, that's all you really need to go on. 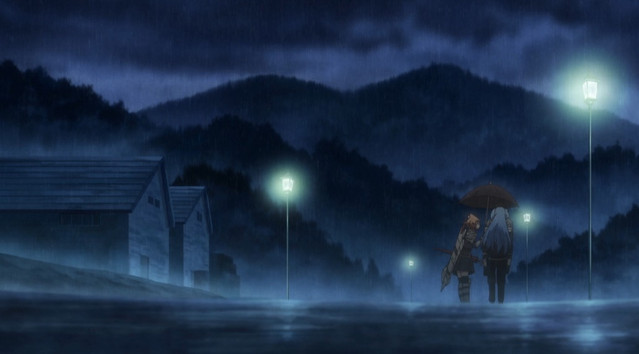 Wrapping Up the Rest

As I mentioned before, the use of family as a theme this season extends beyond these three shows that use it as a major focus. We've got My Hero Academia's portrayal of Uraraka's family as her source of inspiration and motivation for becoming a hero and Deku's mother as his source of constant, unconditional support. We've also got Sword Oratoria, which, while far less proficient at making its unsubtly named avatar for family – Familias – feel like a place of genuine love as the original Danmachi series, still can't help but possess a shred of its predecessor's charm in that area. And, although I said I wouldn't mention it, we do have Eromanga Sensei, a cautionary tale of what happens when families get too close.

Anyways, that's all from me! I hope you've enjoyed diving deep into the identities of the season's lovely anime families. Let me know down in the comments which anime family is your favorite this season! 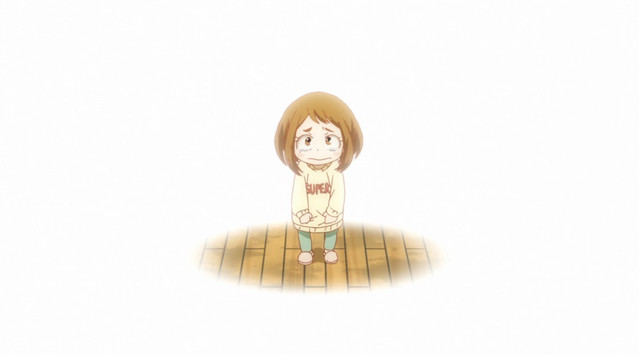