This week, we're stepping back into the catalog to look at "Galaxy Express 999" and "Captain Harlock" -- two classics of anime! 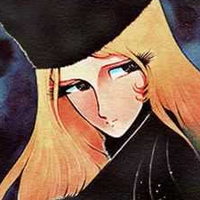 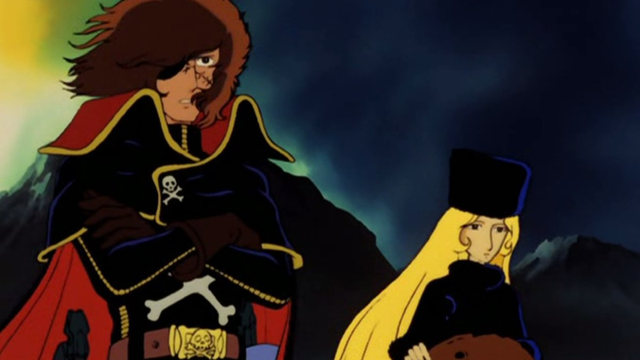 As Space Battleship Yamato 2202: Warriors of Love continues to conquer Japan with its multi-film story, we're pleased at Crunchyroll to be offering Yamato 2199 (or Star Blazers 2199, if you prefer) as a series! Check out the first episode right now if you're a premium member.

But what can you do if you're stuck waiting between episodes? Fortunately, we have an answer -- and if you like 2199, we're sure you'll get hooked on the original versions of these Leiji Matsumoto classics! 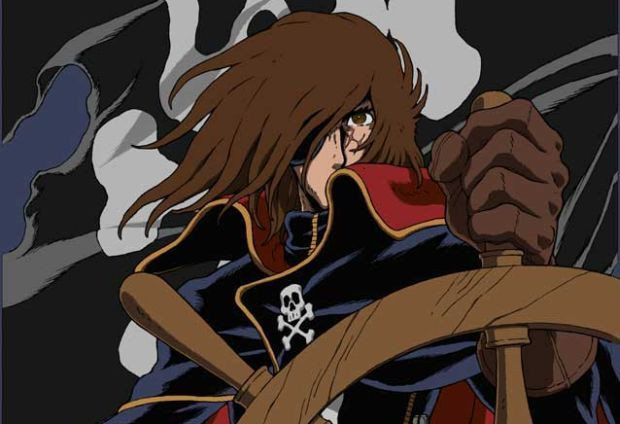 Even if you've never seen the original series of Space Pirate Captain Harlock, you've likely been witness to his legend. Remakes, reimaginings, films, and appearances in other Matsumoto series ensure that he's omnipresent for fans of classic anime. And he cuts an impressive figure in his futuristic piratical gear as he sails his space pirate ship Arcadia through the sea of stars.

But his first outing on television was a relatively small and close-to-home story. Rather than engaging in a space battle or fighting for his life on an alien planet, he's making his way back to future Earth to keep a promise to a seven-year-old girl named Mayu. There's one problem: that whole "space pirate" thing. Harlock can't go back to Earth, as he stands accused of multiple murders, and will likely be captured and killed (or just killed) if he does.

His friends aboard the Arcadia would sooner he not go; and Mayu's caretakers (unlike Mayu herself) are hoping he'll risk his life to keep his promise.

The Hook: If you're a daring space pirate with a heart of gold, it's pretty obvious which path you're going to take. And since it's the first episode, it's pretty obvious he's going to be okay. While the Big Hero moment of the episode isn't shocking or brain-bending at all, it's still fun to see the space pirates save the day. Plus, before the show kicks into its more intense episodes, it's nice to get to meet Harlock on a more personal level.

Who It It For: If you like your sci-fi with a dash of swashbuckling, Captain Harlock is a good bed. It mixes futuristic visuals with a piratical aesthetic -- the Arcadia really is a pirate ship, and Harlock fights with a combination gun/fencing saber -- and a heart-pounding, inspiring soundtrack.

Captain Harlock is available to watch in the Crunchyroll catalog. 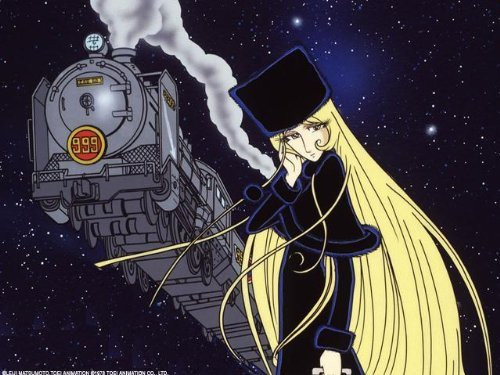 It's the future again (or "still" -- we'll explain in a bit), and life on Earth sucks a lot. To adapt, richer residents have become cyborgs, which enables them to live for millennia. Those who can't afford the upgrade live in extreme poverty. However, a rumor has spread that there's a planet in the Andromeda galaxy that gives mechanical bodies away at no cost. To get there, you have to make your way to Megalopolis and board the Galaxy Express 999, a space train that comes to Earth once a year.

The young Tetsuro and his mother have nearly made their way there when said mother is shot dead by a cyborg hunting party... Oh, right, rich cyborgs also like to hunt humans. So there's that. Alone and in despair, Tetsuro believes he'll die alone in the snow. But he's rescued by the beautiful Maetel, who has two free unlimited-use passes to board the 999. He can have one, she says, on one condition: she gets to go with him.

The Hook: There are definitely a couple of eye-catching moments that show you this won't be just a typical jaunt across the galaxy.

It could be the fact that Maetel appears to be in touch with someone who has a very specific interest in Tetsuro getting there. Or that she says a couple of "off" things, like how the 999 is made for people who aren't ever coming home.

Or it could be that scene where Tetsuro busts in on the guy who shot his mom, shoots him and all his friends to death, and torches the house for revenge.

100 or so episodes lie ahead after this episode, and each one sees Maetel and Tetsuro stopping off on a different planet and witnessing a different aspect of life with a mechanical body. But even for an extremely slow-burn series like this one, we get some interesting early warnings of what lies ahead at the end of their journey.

Galaxy Express 999 is available to watch in the Crunchyroll catalog.

Oh, and it bears repeating that these two series do exist in the same universe. So if you ever find yourself watching the movies later on, expect to see Harlock and Maetel cross paths!