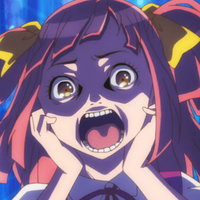 Anime-Gataris is the latest anime about otaku and anime fandom. Much like Western nerd culture shows, there's a definite risk of over-reliance on tropes and a checklist otaku references, but Anime-Gataris approaches the subject with wit and heart. It combines the club antics of a Genshiken or Lucky Star, a behind the scenes look at production like Shirobako or Golden Boy, and the passion of the otaku vision akin to Otaku no Video. But how does it avoid the common pitfalls of reference anime to capture the authentic fandom experience?

Anime-Gataris is the story of the anime club at Sakaneko High School. Newbie fan Minoa is pushed by wealthy otaku Arisu to re-open the anime club which was abandoned under mysterious circumstances. They are joined by light novel enthusiast Miko, chuunibyou Kaikai, cosplay queen Erika, and idol megafan Nakano. What the club members don't know, and what mystery cat mascot Neko-sensei isn't telling, is that the club appears to be the target of larger forces operating just always outside of frame. Unbeknownst to the characters, their anime club may be the focus of an anime about an anime club, making all of its in-jokes extra surreal. There are five main reasons Anime-Gataris' humor works so well. 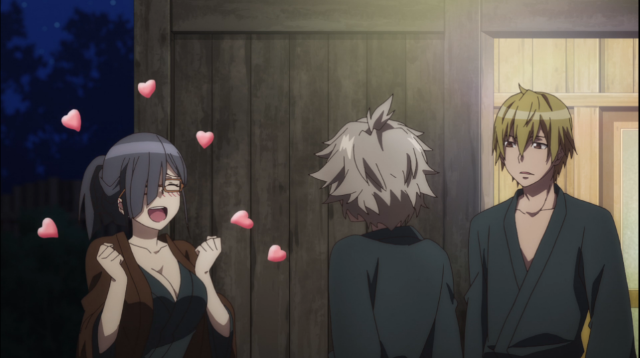 It's an obvious requirement, but it's hard to overstate the importance of good writing. While there's always some fun had from simply recognizing something you know, jokes with clever observations are much more satisfying. I was completely sold on the show in episode two, when rookie anime fan Minoa was surprised that her brainy classmate Miko was into anime. Minoa protests, "but you're always reading books with complicated-sounded titles," far too much of a newbie to understand "A Certain Report on the Irresponsible and Depressing Chronicles of Me and a Certain Eccentric Childhood Friend" isn't an academic text, but a silly light novel. The series also excels in fake titles: "Melancholy of Happy Vuvuzela" is funny in any language, but "Sold Out Offline" may work better in Japanese katakana than in English translation. Jokes also take character into account, as when chuuni KaiKai, who always imagines himself in battle with demonic forces, thinks Miko has a crush on him. "This isn't my genre!" he angrily exclaims as he flees Miko's attentions. The series also takes care to make excellent musical references, as when a Haruhi theme-soundalike plays as the girls dress in bunny outfits to recruit new club members, or a piece that sounds like the Eva battle theme scores a mecha battle. 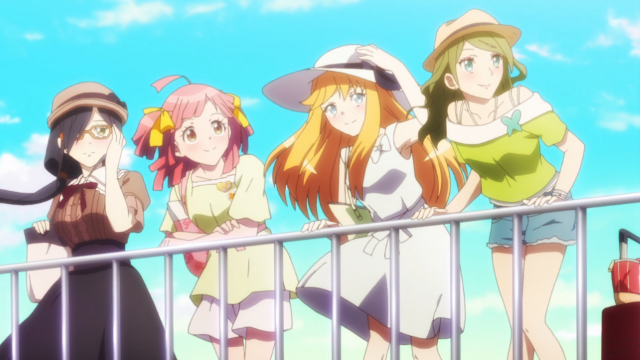 As most anime writers are presumably fans, it isn't particularly rare to find a show that understands otaku psychology. But the breadth of observations in Anime-Gataris allows you to really identify with one or more of the characters. The story gets off to its start because Minoa has trouble remembering a show from her childhood that she just can't put her finger on, an extremely familiar annoyance to many otaku. The anime club is almost torn apart from the beginning because Arisu and Miko have a fight over whether an anime should have edited out an important scene from the light novel. They eventually come to a truce because they recognize that everyone has their own way of appreciating a show. Though their differences re-emerge when the club tries to create its own anime, with everyone trying to sneak in bits of their favorite genres, the club is ultimately able to come together to beat the student council that is intent on shutting it down. 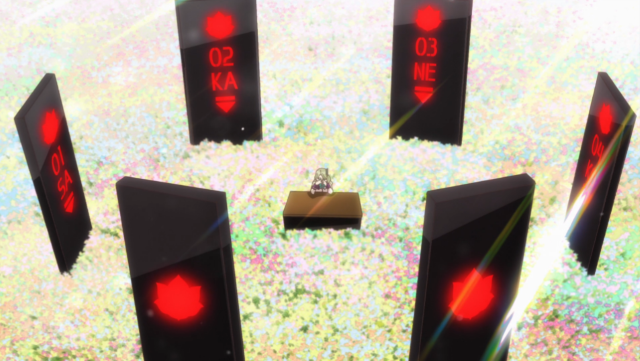 Outside of Shirobako, no anime gives as in-depth a description of the production process as Anime-Gataris. From explaining the importance of disk sales to Minoa to describing the feared anime production committees as secret societies like SEELE, the anime club breaks down the fundamentals of the anime industry in entertaining ways. This is especially true when the anime club decides to make their own animated feature for the school festival. The characters' normal personalities become possessed by their respective production roles. Of special note are Erika, who dons a pair of shades and a slick demeanor as the anime's producer, and Miko, who becomes gaunt and haunted by the immense amount of rewrites required of her initial script. You can tell Anime-gataris' writers enjoy sneaking commentary through her suffering. Interesting bits about how writers feel alienated at anime wrap parties and may be distressed at early cuts to their work when viewing storyboards for the first time, are slipped in the narrative this way. 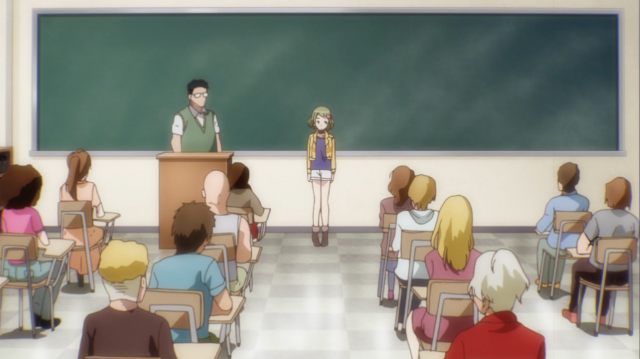 It's a strange thing to see a US classroom in an anime, but in telling the experience of Erika's time abroad, a shot of one is included in the series! During Erika's time in America, she felt alienated, but in seeing that PreFae, the popular magical girl series, was also airing on US television, she was able to make some American friends. They even got to cosplay together! The anime club also gets to meet a Chinese otaku, Yang Beibei, at an anime event. She describes how most popular anime is simulcast now, and how some Japanese people she meets will only talk to her about older shows, thinking that's all she's seen. It's fantastic to see how international fans are being integrated into discussions of otaku culture, and Anime-gataris provides both a Western and Asian perspective for global otaku. 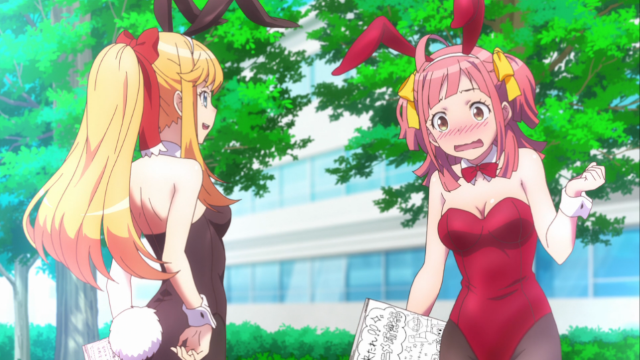 Referencing works within other works is a literary tradition. Largely focused on the Bible, Greek myth, and Shakespeare, referencing a work everyone else has experienced at just the right time, in just the right way brings the emotional weight of another piece of art to bear on your own. In this age of mass media, there are so many works, many writers will treat them as a checklist to go down. Anime-Gataris uses these allusions in its anime-within-an-anime story in skillfull ways. The anime Minoa can't quite remember touches upon nostalgic anime like Gunbuster, Macross, Heidi, and Evangelion. The mysterious beret hidden in the anime club room is a nod to Osamu Tezuka, a first hint of the series-within-a-series nature of the world. The bunny girl outfits recall the time Haruhi Suzumiya tried to pull together her SOS club. Minoa and her friend traverse the arcs of a club anime while not recognizing their import, and as the series comes to its conclusion, I expect to see these references reach their emotional crescendo.

What are your favorite parts of Anime-Gataris? Sound off in the comments below!