Our top 10 recommendations for those with insatiable wanderlust 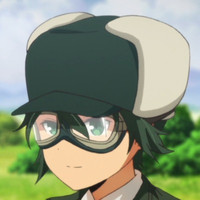 Kino’s Journey has come to an end, but that doesn’t mean you have to halt your own travels. For those who still wish to explore and discover new places, we’ve prepared a list of our top recommendations to continue your anime pilgrimage. Below, in no particular order, are series including all the hallmarks of Kino’s travels, unique and awe-inspiring locations, diverse cultures, danger, mystery, and an often melancholic thread that connect connects the different places together. 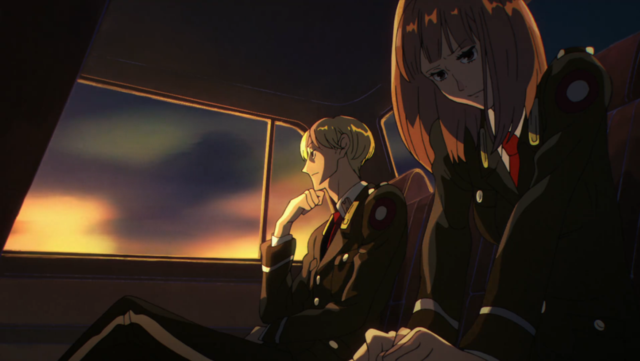 This bizarrely laid-back political thriller is a surprisingly good fit for the formula of Kino’s Journey. Like Kino, Jean spends much of the story making visits to the various districts of ACCA, providing the viewer with brief introductions to the culture, landscapes, politics, and cuisine of the area before moving on. Often episodes contain a brief subplot taking place in location alongside the overarching narrative. Even in times of danger, ACCA has that same, inexplicable, meditative feel Kino maintains through their journeys. It’s a fine substitute, especially if you need some serial content to go along with your episodic journey, just don’t watch it on an empty stomach. 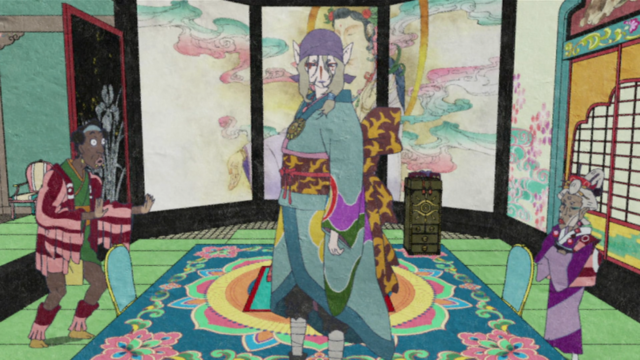 To be honest, this should be on your watchlist no matter what you’re looking for. Mononoke is the dreamlike journey through feudal Japan following a mysterious traveling medicine seller versed in the arts of exorcism. Based of a series of horror stories, the merchant's journeys take him to different corners of Japan, discovering individuals haunted by ghosts or afflicted by a demon curse and offering his aid. The amazing artistic style of the show gives the journey a surreal, storybook feel. The horror is more thematic than genuinely frightening, which often matches the tone of some of Kino’s more disturbing revelations about some of the countries they visit. 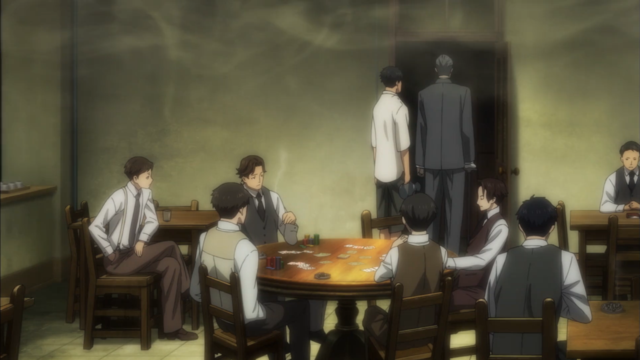 This WWII spy thriller should appeal to those who drew the enjoyment out of the episodic nature and diverse locations of Kino’s Journey. The story follows the members of D-Agency, a special branch of the Japanese military dedicated to espionage. Each episode follows a different agent on a different front of the war attempting to complete a mission, from small, Nazi-occupied French villages to American battleships. Each episode has its own story with a beginning, middle, and end with the first and last episodes having more elaborate plots acting as endcaps to the series. D-Agency’s training makes it spies sociopaths but the situations they find themselves in are each uniquely compelling. 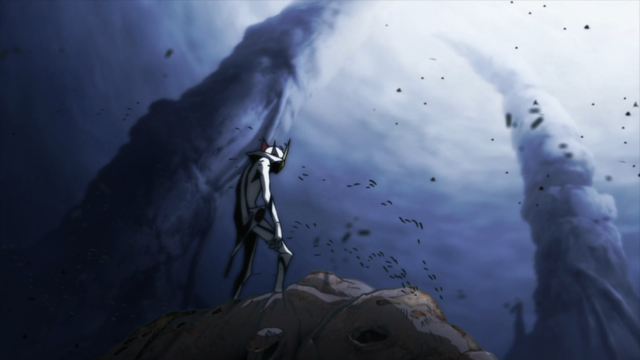 A grim take on the genre of lone travelers, Casshern Sins is a post-apocalyptic tale following the eponymous Casshern, a great warrior who struck down the champion of the human race in the war between man and machine, initiating a cataclysmic event. The world is dying and both man and machine along with it. Casshern travels without memory of his past, encountering the remaining vestiges of both factions, typically isolated individuals attempting to find some sort of meaning in the twilight of life on Earth. A meditation on life and death in a captivatingly beautiful wasteland. 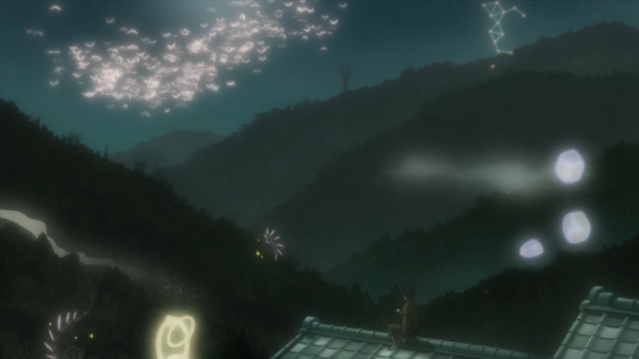 Set in an alternate history Japan, Mushi-Shi follows the travels of a man named Ginko, capable of seeing Mushi, a primitive life form which have a lot in common with animistic Japanese spirits. Ginko researches Mushi and often encounters individuals plagued by the creatures in some form or another, unaware of their presence or unable to understand the dramatically different needs of these creatures to know why they come at odds. A surreal journey marked by strange meetings half-fairytail and half-biological case study. 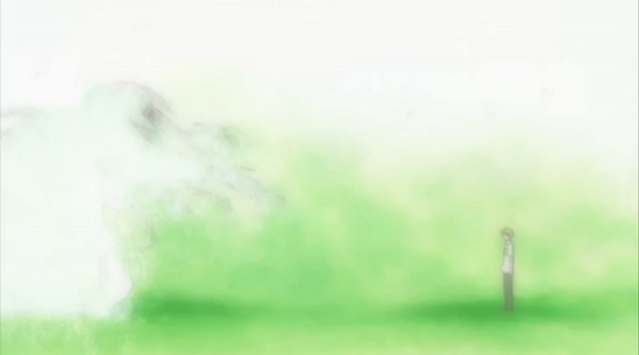 Although Natsume Yujin-cho primarily remains in the same region of Japan, Natsume’s encounters with the various spirits inhabiting the area are reminiscent of Kino’s encounters during their travels. The spirits and individuals Natsume discovers often possess melancholic tales of their interactions with humans, brief connections between two worlds that don’t quite touch. Like Kino, Natsume is often unable to truly resolve the cause of their sadness, but his interactions leave an impact. Where Kino’s motivations are less predictable, Natsume’s approach is faultlessly compassionate. Be prepared for some truly tragic tales, made even sadder when Natsume finds the only help he can offer are some kind words. 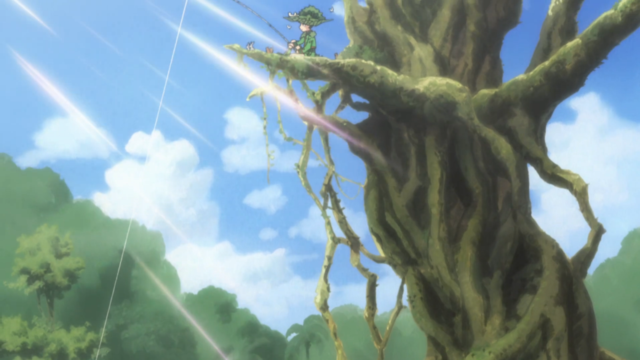 Your shonen recommendation for this thread. Hunter x Hunter has the most fascinating and diverse world among its peers. Togashi loves pulling his characters around to the far corners of the world to introduce the various cultures he’s come up with, from nations-turned-nature reserves, to the a city built around its Heaven’s Arena fighting tower, to the criminal underworld of Yorknew City. The beginning of most arcs involve extended introductions to the new cultural and technological dynamics that will shape the story to come, building some truly unique arcs that enforce flexibility and intelligence in addition to being able to punch out bad guys. 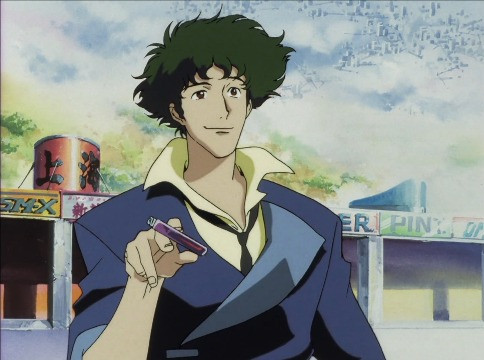 Another must-watch anime regardless of your proclivities, Cowboy Bebop is a space-faring, jazz-inspired, half-western/half-noir. The misfit crew of the Bebop makes their way around the galaxy, visiting planets and space-stations alike. The throughline of Kino, that the world is beautiful precisely because it isn’t beautiful, resonates strongly with this series. Existing in a sort of twilight after what feels as if it should have been his death, Spike tries to make ends meet as a bounty hunter. Lacking attachments, Spike and Jet travel wherever the wind, or promise of money, take them. 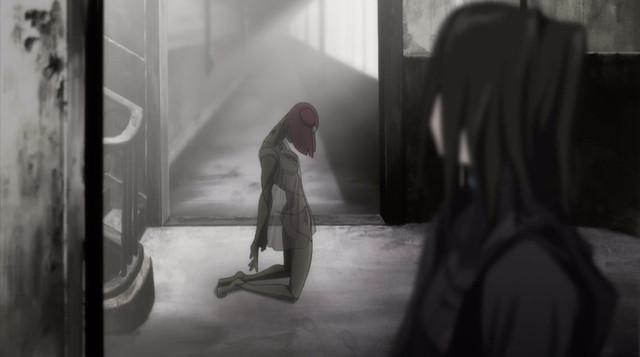 A dystopian cyberpunk which beginning in a domed city thousands of years after an ecological disaster that rendered much of the Earth unlivable. Inspect Re-l Mayer is tasked with investigating a series of murders which appear to have been committed by robots called AutoReivs. Her investigation leads her to a Vincent and Pino and eventually draw all three out of the city, leading to a surreal journey through the wasteland where you’re never quite sure what is real. The state of humanity and the emergency of the cogito virus among AutoReivs, along with some heavy philosophizing and experimental episode direction challenge the viewer's perceptions. Although a great deal more impenetrable than some of these other series, Ergo Proxy is an unforgettable experience. 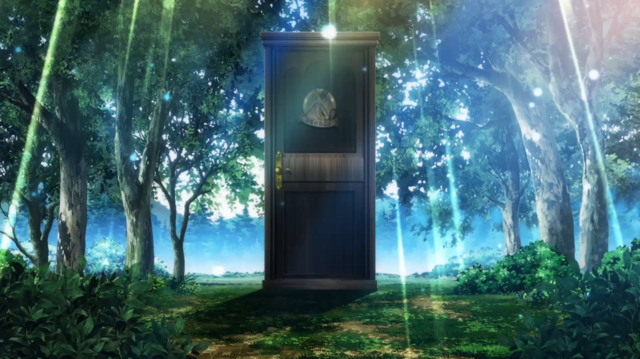 This anime turns the formula of Kino’s Journey a bit on its head. Rather than a single traveler finding their way through many places, travelers from many places discover this magical restaurant magically tethered to their worlds. Ostensibly a cooking anime, we’re nevertheless introduced to vast array of characters and creatures, each with their own story to tell, somehow finding their way into one place and eating a delicious meal. This anime is decidedly lacking in any real sense of drama or urgency but can be enjoyed just as the patrons do, much as Kino does when they visit a new country, by stopping in, discovering something new, and enjoying the atmosphere.

I hope the journeys found in these anime take you to a place you find truly breathtaking. If one of these tales of travellers inspires you, then please share it with your friends! If I took a wrong turn a missed a tale of epic adventure then share it in the comments below!