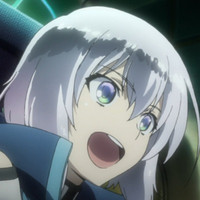 Welcome to Anime vs Manga, an article series in which we take a look at recent anime and the manga before, during, or sometimes even after them. First, we'll introduce the story and charm points of the anime, then review what makes the manga different. This  Anime vs Manga, we'll be looking at the quirky isekai series starring the worlds biggest robot fan, which you can both watch and read right here on Crunchyroll. 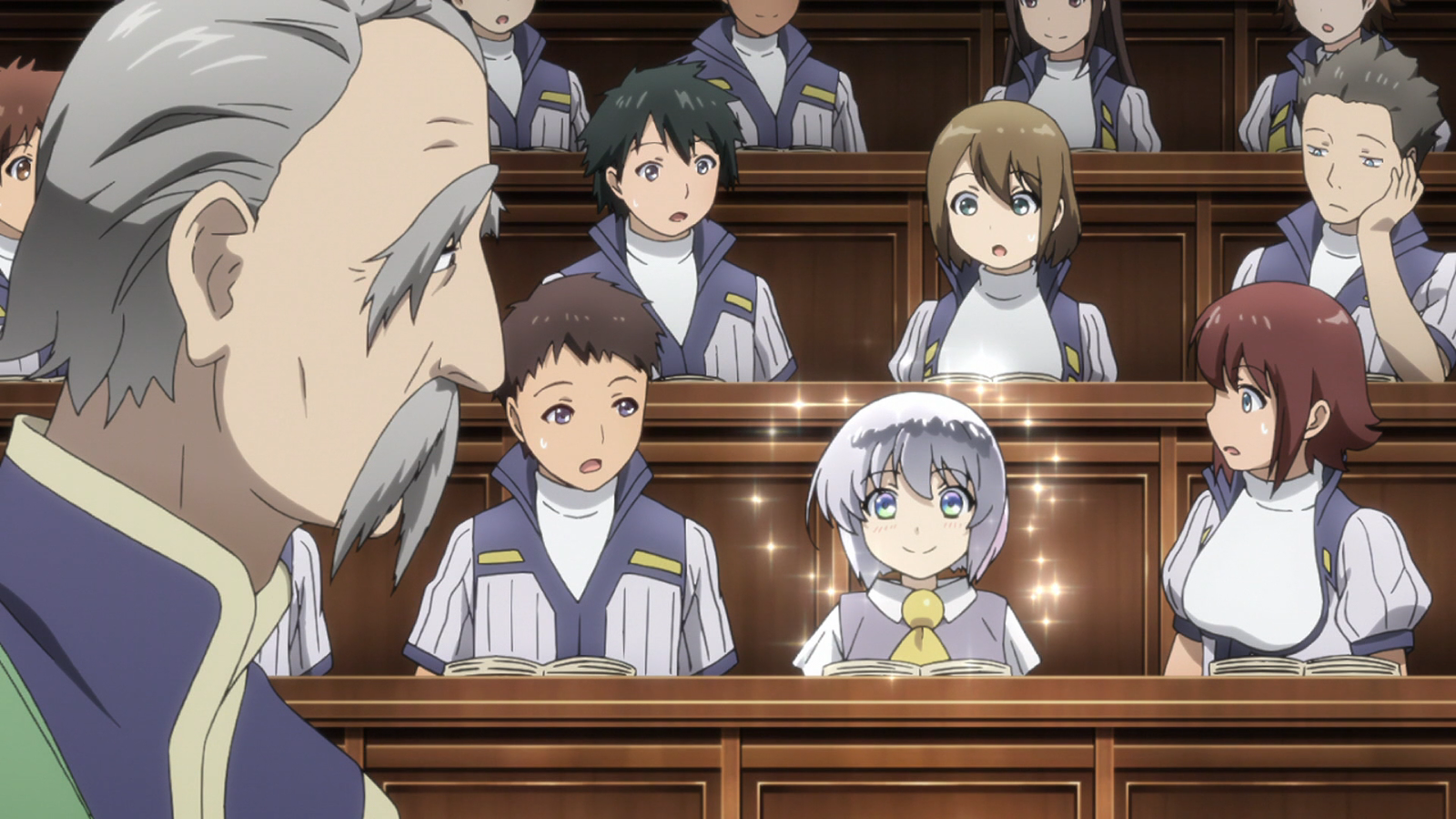 Based on the light novel series by Hisago Amazake-no, Knight’s & Magic is a fantasy isekai series with a few unique twists, the first being the presence of mana-fueled mecha known as Silhouette Knights, and the second a protagonists whose death in the real world doesn’t so much directly result in him landing in a fantasy world as being reincarnated in the body of the son of a noble, Ernesti Eschavalier. It just so happens his past self was an expert programmer and gunpla fanatic who couldn’t be happier to find himself in a world with real giant robots and magic works through a complicated mathematical system to which his skills as a programmer a well-suited.

The series is a quirky and oddly fascinating story featuring the typical mecha narrative of the threat of massive monsters alongside a high fantasy political game between nations. Ernesti becomes the central presence with this struggle while simultaneously showing the sort of excitement a true fan of mecha would experience participating in these stories. Although the world he finds himself in is dangerous, even approaching war, Ernesti’s fanatical pursuit of becoming a Silhouette Knight pilot is mistaken for bravery, making him an inspirational figure for others. 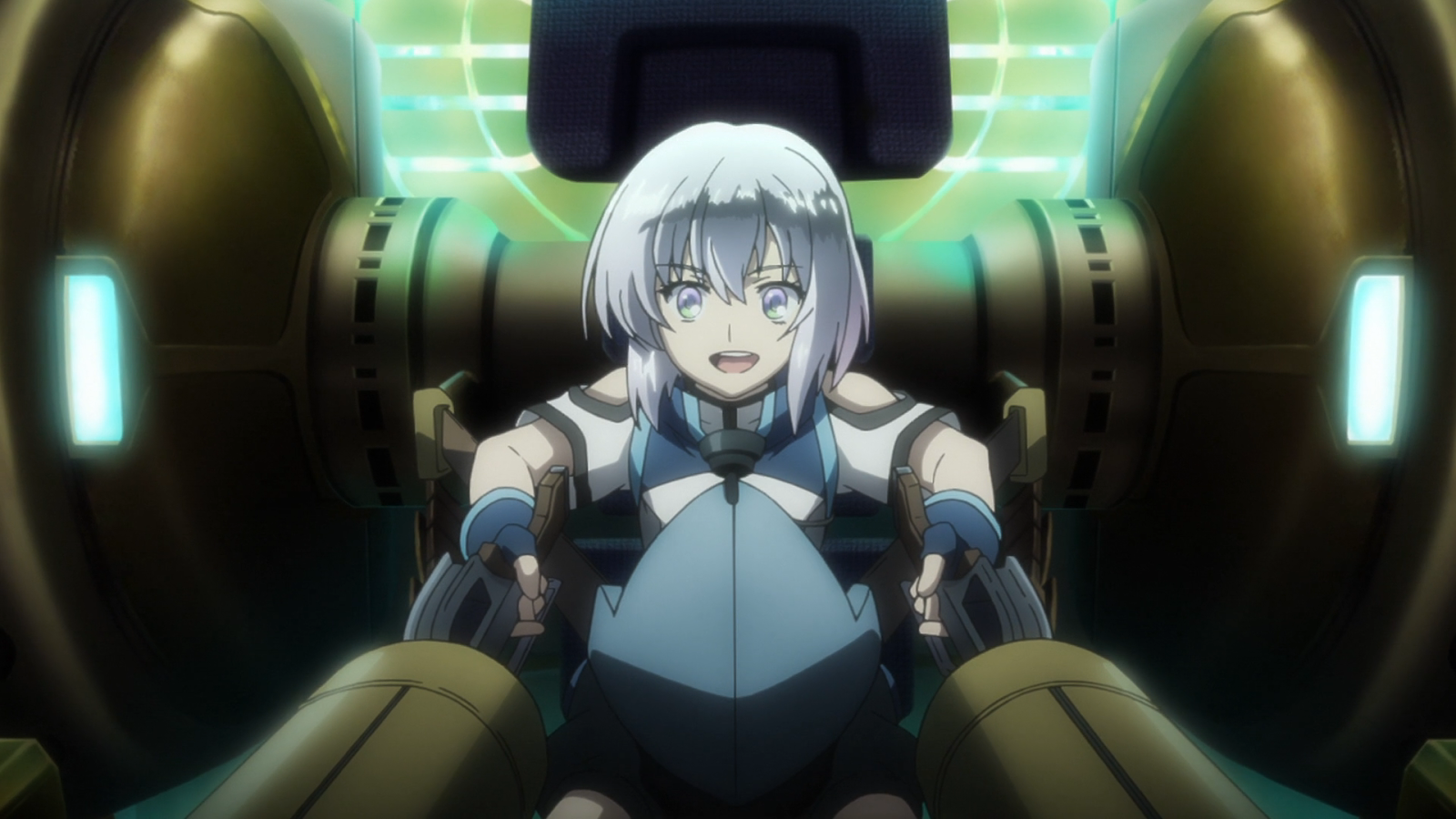 Just as much as it’s a serious narrative, Knight’s & Magic is also a celebration of mecha and the effects of healthy fandom. Ernesti’s relentless positivity and passion for robots in infectious, inspiring others to take a greater interest in the giant robots they had essentially taken for granted. His work ethic, leadership, and out-of-the-box thinking (owed largely to him being from another world) encourage those around him to work harder and approach designing and piloting Silhouette Knights more creatively. 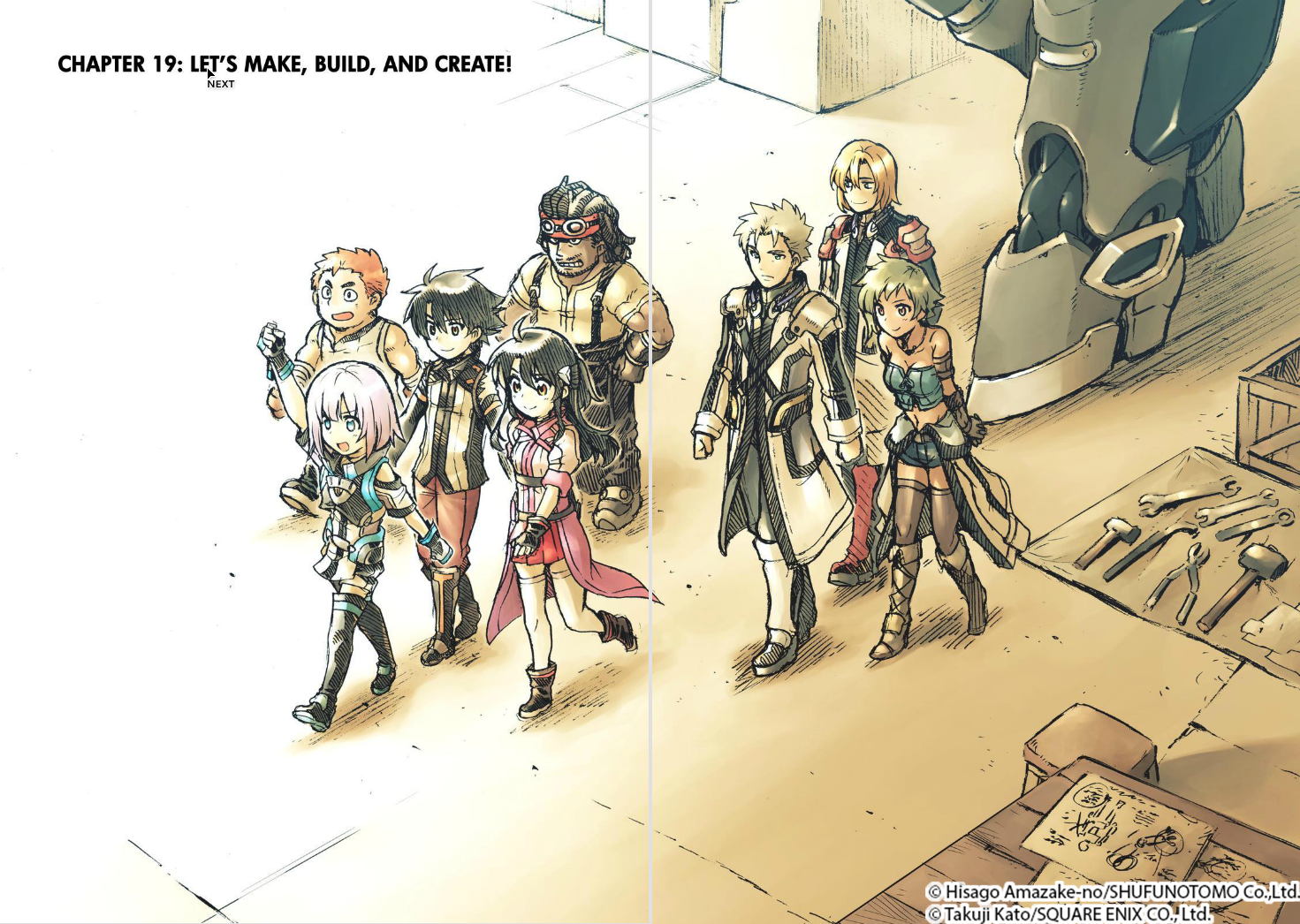 Since both the anime and the manga were being produced concurrently, there are a lot of differences between the two works as Studio 8-Bit and Takuji Katō each followed their own artistic vision adapting the same source material. This is most apparent in the difference in pacing, with the first episode of the anime covering a significant amount of narrative ground, racing through the same material covered in the first 7 chapters (a whole volume) of manga to bring the audience to the point where things start heating up. By necessity, a few events were rearranged or cut for the sake of brevity which are given a bit more time to breathe in the manga, especially related to Ernesti’s first encounters with other characters. 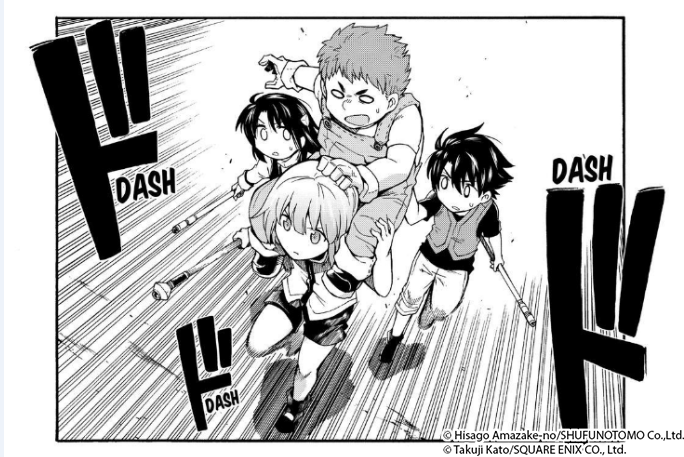 Ernesti’s first meeting with Batson in the manga occurs before he enrolls in school, “saving” the young dwarf from bullies. Similarly, Ady and Kid’s stepsister Stefania makes an earlier appearance at their school, alongside their jealous stepbrother Balthasar who didn’t make it into the anime but acted as an early antagonist to the twins and reinforced their awkward place in the politics of the world as a noble’s bastard children. Although the adaptation did an excellent job of incorporating these meetings into later events, manga more deliberately uses them to help build the world around the characters.

Speaking of world building, perhaps the greatest loss in the anime adaptation is the amount of detail that went into the structure of magic in the world and how it applies to both Ernesti's programming expertise and the operation of Silhouette Knights. In the reading, we learn a great deal more about the different levels of magic and how certain mundane spells have been written into the mechs to allow the inputs from the pilot and raw mana to convert into movement. The rewiring of D’s Silhouette Knight, in particular, has a great deal of build-up to establish the logic of Ernesti’s actions beforehand. 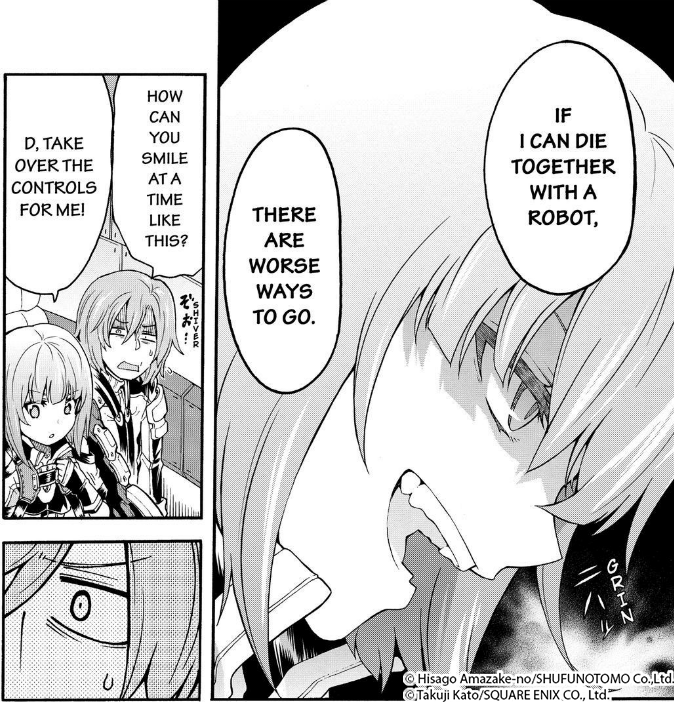 Ernesti eccentricity is considerably more intense in the manga. Where the anime has him as a starry-eyed youth that occasionally gets icy in the face of cowardice or a perceived insult to his precious giant robots, the manga version can be considerably more ruthless. When the opportunity comes to do battle in a Silhouette Knight or punish someone who would besmirch them, he takes definite pleasure in crushing his enemies. A healthy dose of the respect that Ernesti earns from others throughout the manga, alongside his bravery and genius, is outright fear. 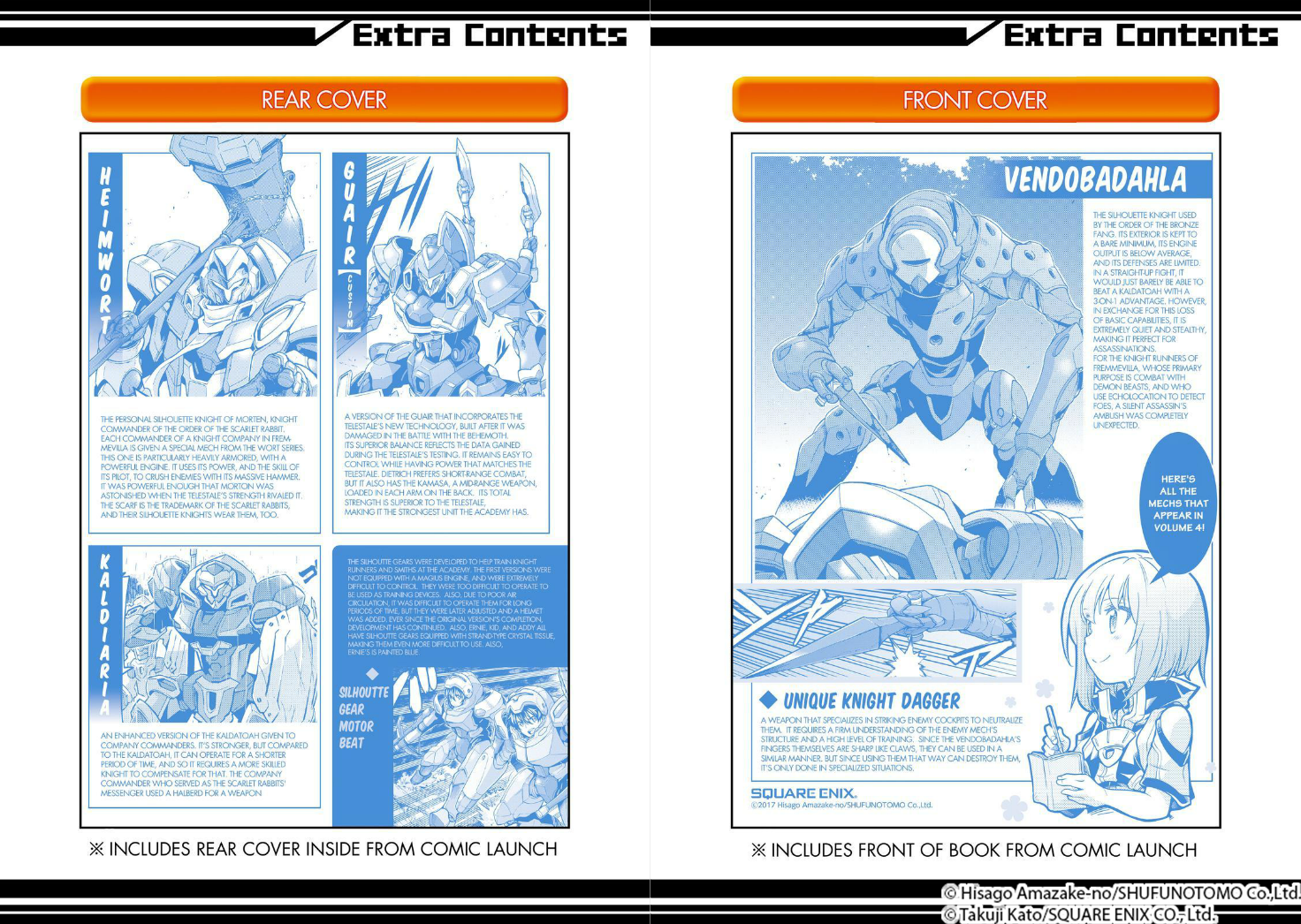 Another bonus from the manga are tons of extra content at the end of each volume, featuring mock-ups of the mech designs, explanations of their different types, and messages from the author. While the anime ended further along than the manga, working off the material from the original novels, the manga is still being released, on chapter 37 as of this writing. The latest chapter brought us up to episode 6 of the series, but there’s a ton of extra content to check out on its way to passing the anime ending.