The Granddaddy of Super Robots Returns with Mazinger Z/Infinity

Go Nagai's history-making mecha is back -- but is he still a big deal? 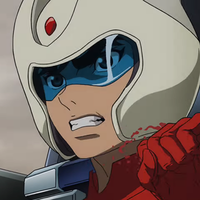 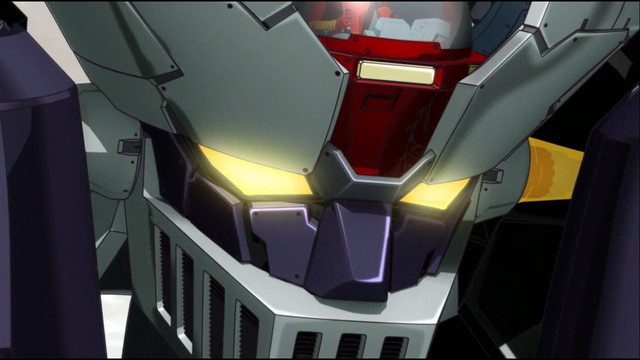 It's no exaggeration to say that Go Nagai's Mazinger Z made history in 1972. The mecha series created tropes we now take for granted in our giant robot entertainment, starting with the very simple act of actually putting the pilot inside the robot instead of giving them a remote control or making them hang on for dear life. This, plus the creation of the now-common "Rocket Punch" attack, singlehandedly ushered in the era of Super Robots in mecha anime.

It's safe to say that without the big black iron castle in the sky, modern mecha entertainment as we know it -- from Gundam and Evangelion to Gurren Lagann and even Pacific Rim -- would not exist.

This is all very impressive, but it also means Mazinger Z/Infinity had a massive task before it: returning to the genre it created after 45 years of evolution, and integrating itself into what the super robot style has become while still maintaining its heart. The Mazinger franchise has seen several remakes and reimaginings over the years, safe in their own Alternate Universe bubbles... but Infinity is an official sequel. And, to that end, it had to be done right or not at all. 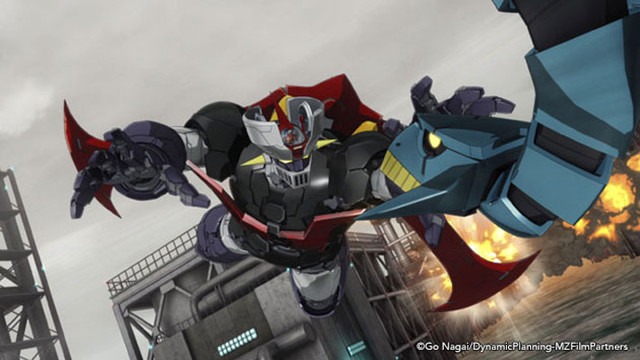 Mazinger Z/Infinity picks up where the original 1970s franchise left off, thanks to a brief montage of scenes from the original series created to place the story in the modern day. It's been ten years since Dr. Hell and his army of strange (and occasionally highly culturally ill-advised) generals were defeated. In the decade since, photon power is fueling the world, Sayaka Yumi has taken over her father's company, and Koji Kabuto has left his hot-blooded days behind to become a scientist.

Then comes the discovery of a lifetime: an enormous Mazin, so big that Mazinger Z could pilot it. And inside, a mysterious glowing girl named Lisa. (Because let's face it, one of the big changes to mecha anime is that it now has to include a Mysterious Glowing Girl.)

Meanwhile, kikaiju (mecha-beasts or robeasts in other localizations) are back -- like, big time. Not just our main two Doublas and Garada. Like, they're all back. All the garbage tier ones, too. Yep, even the Santa robot with the missile-launching whip. They're all there. And Dr. Hell is back with them, along with Baron Ashura and Count Brocken.

What they're all doing here now is a mystery, but it seems tied to the new, giant Mazin. Called "Infinity" by the lab, the giant robot seems to have otherworldly powers. But no one is quite sure what they are... only that, once they are unleashed, the world as we know it could end. 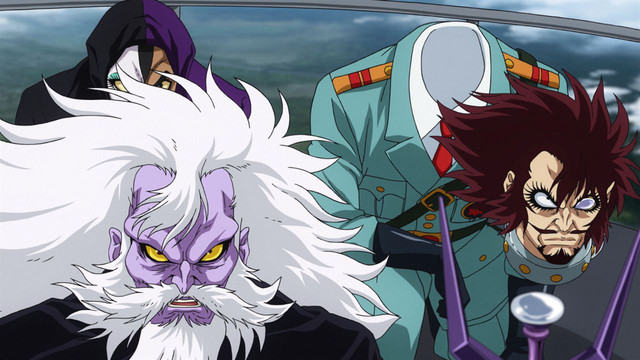 There is one minor "problem" (in Big Air Quotes) with Infinity, in that it requires some degree of prior knowledge. It's not a reboot or a retelling, of which we've had (and will continue to have) many. The "Previously On..." segment of the movie is only as long as Ichiro Mizuki's performance of the TV-length opening, and even that is made up primarily of out-of-context clips. So if you're looking to this as a gateway for Mazinger viewing, that's probably not the way to go.

Fortunately, we're in a good position now, where multiple versions of the Mazinger story are readily and legally available. The clearest and completest way to approach Infinity is having watched all of the original Mazinger Z and Great Mazinger... which, long as they are and as full of filler as they are, is an understandably massive task just for one two-hour feature. Fortunately, familiarity with Tranzor Z or Super Robot Wars, plus some willingness to be along for the ride, will get you there.

As it's a typical Mazinger Z story (just cranked up to 11), it won't be completely inaccessible to new viewers. But much of the B story -- Tetsuya and Jun's relationship, Koji and Sayaka's non-relationship, and so on -- will feel under-explained. Long-time viewers will be well aware of their interpersonal soap operas, though, and more than likely happy to see something actually done about them.

On the plus side, the film is littered with treats for well-versed fans: brief cameos from connected works, the return of the under-appreciated Misato from the original series, a nod to a well-loved character lost during the series, and a few really weird sight gags. 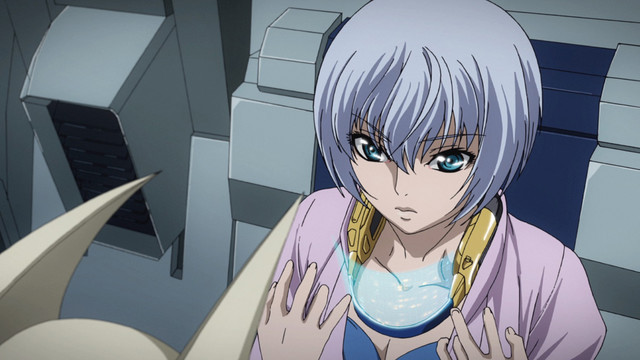 Sumire Uesaka's turn as Lisa, the requisite McGuffin Girl, will likely divide audiences. Purists may be put off as she's a decidedly new element and no efforts are made to disguise her as anything else. But the decision to keep her presence from forcing an awkward love triangle -- and, in fact, making her instrumental to getting Koji to do something about his feelings for Sayaka -- makes her a fun and welcome presence if you immerse yourself in the film. Her personal Rule of Cool scene is, additionally, frankly gorgeous.

The new cast does an amazing job of making you completely forget that they're a new cast. A keen ear may catch Romi Park as half of Baron Ashura or Kappei Yamaguchi as Boss's sidekick Mucha, but the vocal likenesses are so on target that that won't be your main concern at any point.

Too, the art style is gorgeous -- clearly with the earmarks of Nagai's character designs, but with a slick new look that makes the characters shine on a big screen. 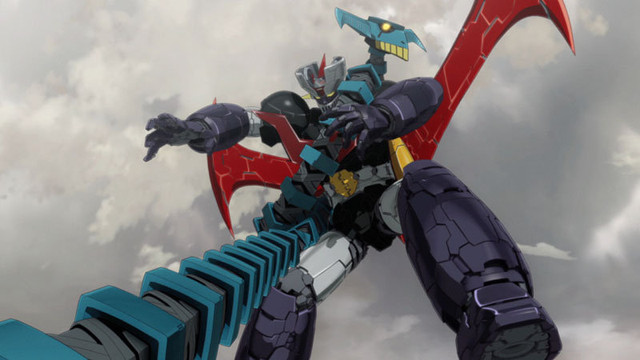 In Fathom Events' pre-show clips, the creators of Infinity made it clear that the name of this game is "Entertainment." There's a story, and there's emotion, and there's a payoff (especially if you're a long-term fan). But at its heart, Mazinger Z/Infinity is about watching robots beat up other robots.

The rogues' gallery of kikaiju have received a major 21st century facelift, making even the most dubious-looking design far more dangerous than its 1970s form. Whether it's Koji beating up a robeast with another robeast or Z and Infinity facing off in a battle of Gainaxian proportions, the battle sequences are just lovely. Wild and experimental camera angles accentuate what must have been a huge amount of "what-if" brainstorming, as our heroes' robots use and combine every attack in their arsenal to turn familiar attacks into surprise moves.

Really, that is what we're here for: the edge-of-your-seat moment as you watch a bigger, bolder, better version of the robot fights you grew up loving. The action direction was clearly done with love and creativity, and is frankly mind-blowing. The plot, as nice as it is, could easily be addressed in a typical half-hour episode... and that's all right. No one watches Mazinger Z for plot twists. We watch it to see heroes save the day with as much mechanical carnage as possible. 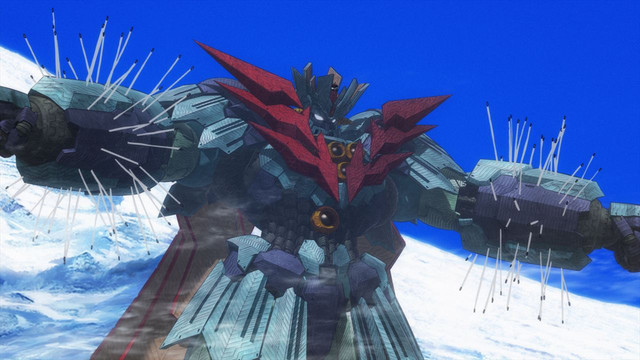 Mazinger Z/Infinity is everything a big screen super robot movie ought to be: loud, action-packed, ridiculously over-the-top, and with a heart full of burning blood. The plot can be as basic and straightforward as you like -- and at the end of everything, the whole explosive mess is really just about a relationship between two people -- as long as it has those elements at its core. Infinity is all that it ought to be, and the huge-yet-tidy ending we never knew we were waiting for.

Kara Dennison is a writer, journalist and interviewer with credits at Crunchyroll, VRV, Viewster, Onezumi Events, and beyond. She also served as the lead editor for Discotek's localizations of both Mazinger Z and Mazinger Edition Z. You can read more from her at her official blog or on Twitter @RubyCosmos.