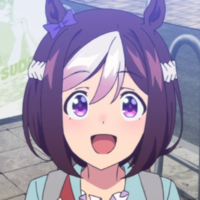 As it rounds the midway mark and heads toward the final stretch, Umamusume: Pretty Derby has left quite the impression this season. Its novel premise and clever nods to real-life inspirations are a delight to return to every week, but what ultimately sells the show is that its heart lies in performance - both on the track and on the stage. It may be easy to see a show about racehorses and write it off simply as a sports anime, but I’m unconvinced. In many ways, Umamusume feels like an idol anime. It can’t be both, though, right? The more I thought about it, the more I realized I was asking the wrong question. The real mystery is, is there even a difference? 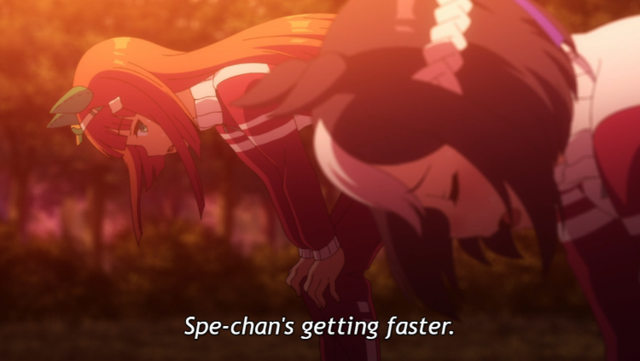 When identifying something as a sport, athleticism usually plays a key role. It’s not a perfect determiner, but sports anime often rely on athletics and training to excite audiences. Watching your favorite characters push their physical limits and battle with the fear of injury play vital roles in the unfolding sports dramas. In this respect, idol anime and sports anime are one and the same. Idols have to undergo intense physical training to build up the strength and stamina necessary to excite the crowd. Concerts can be grueling affairs and idols need the lung strength, breath control, balance, and grace to not only sing but also execute perfectly memorized dances throughout the entire ordeal. In Umamusume, Special Week and her friends undergo both idol training and athletic training. Both the races and the post-race concerts are given the same level of importance, and excelling in one while falling short in the other is inexcusable. 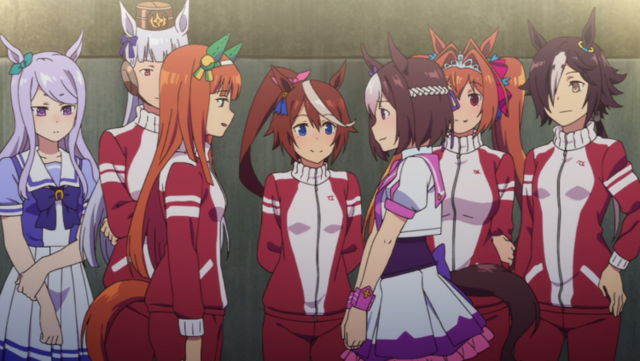 Working as a Team

In sports, whether you compete as an individual or as a unit, you’re most likely a member of a team. In Ping Pong the Animation players compete one-on-one in ping pong matches, but all are members of their own school’s team. Each win for the individual also counts as a win for their school. As with team sports, they train together underneath the same coaches and staff. This is how things work both in Umamusume and the world of idol anime. Idols can be solo performers or members of a larger group, but usually work with peers from the same agency. The members of Aqours in Love Live! Sunshine!! resemble a sports team because they perform under one name and their similar themed costumes unite them as a sports team’s uniform would. While these idol units obviously function as a team, solo idols and units working under a single name. They may not perform together or wear a common outfit, but they remain unified under common leadership and goals.

In THE [email protected] CINDERELLA GIRLS, the Cinderella Girls are split into units and solos under their producer. On stage they work separately, but they train together, attend group meetings, and work for the common goal of the Cinderella Project. The agency itself is a larger team that they work together with other idols and producers under to benefit. They may end up competing with each other for top spots on the charts, but they remain unified. Umamusume’s team setup is especially similar to CINDERELLA GIRLS in that the different teams are all members of the same school. While these teams are pitted against each other, both the racers and the coaches share friendly rivalries with one another. The coaches even share the same office space, hilariously enough. Whereas a school in a sports anime would only have one team, the school in Umamusume has many teams, much like an idol agency would. 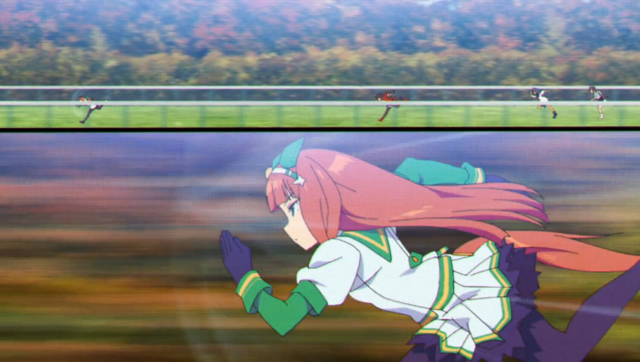 The Thrill of Competition

Competition is easily the main factor when it comes to identifying a sport. Not every sport requires a completely physical aspect, but every sport does have a winner and loser. In the end, one competitor will emerge victorious as proof of their superiority. Idol anime fans will already know that this is present and accounted for in their favored genre. Idol anime can and do feature straightforward competition. Love Live! itself is a competition upon which the story revolves, with idol groups from around Japan competing in popularity contests to gain entry to  go head-to-head until only one group is left standing.

This kind of tournament might be rare for idol anime, yes, but competition still makes its way into idol anime in other forms. Idols are constantly competing with one another for fans, sales, and views. The kind of competition most prevalent in idol anime, though, is one also synonymous with sports anime: the rivalry. Rivals in these shows always have something to prove to one another. They inspire each other to grow as athletes, performers, and people. Even if they aren’t competing directly, the spirit of competition fuels their kinship, not unlike the relationship between Special Week and Silence Suzuka. 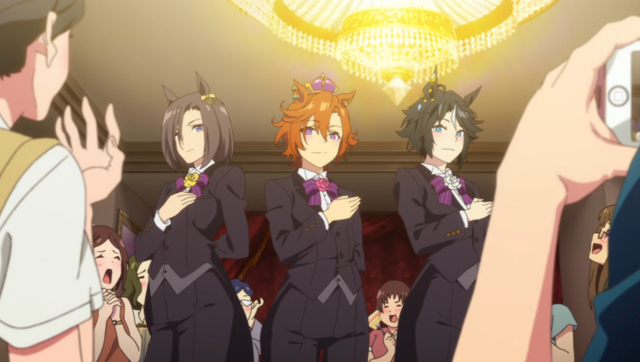 Ultimately, both types of shows have the same goal. They want audiences to grow attached to their characters. Both sports and idol anime are full of fun, slice of life antics that endear us to their casts. Nobody watches Free! solely for the swimming. They want to see the cast laughing together and bonding over lunch at school. Lovingly choreographed and animated performances are great, but idol anime fans also want to see the goofy antics their favorites can get into on a fun trip to Tokyo. Similarly, seeing all your favorite horse girls goofing off at a festival is just as rewarding as seeing the training they go through to be the best at what they do. When it comes to fun, Umamusume has it in spades.

It’s not so easy to pigeonhole a show like Umamusume: Pretty Derby. You can look at one aspect from it and write it off in one way, but you might be missing a whole lot of other things you didn’t know about. In Umamusume I‘ve found everything from great comedy to riveting competition to compelling drama. I wasn’t sure what to expect heading into it, but I was pleasantly surprised with what I found. By putting sports and idol concerts side-by-side in the same anime, rather than revealing the differences between the two, Umamusume showed us that they are one and the same.

Danni Wilmoth is a Features and Social Videos writer for Crunchyroll, co-hosts the video game podcast Indiecent, and hopes everyone is having a nice day today. You can find more words from her on Twitter @NanamisEgg.