Shinya Asanuma Dedicated Himself to Learning About Ainu to Make His Designs True to Life! 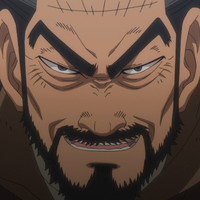 Golden Kamuy's official website is releasing a series of interviews with cast and staff over the course of the Spring season, which we're translating and brining directly to you! They started things off with the character designer, Ken'Ichi Onuki, followed by animal designer, Ryo Sumiyoshi, the art director, Atsushi Morikawa, firearm designer Koji Watanabe, and this week we bring you prop designer Shinya Asanuma, whose previous work includes key animation for Blast of Tempest and Garden of Sinners and, most recently, conceptual design for WorldEnd! 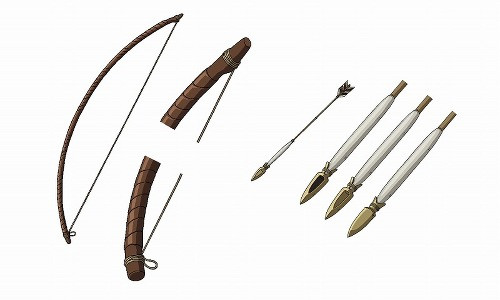 It felt to me like the way the story unfolded was really cleverly thought out. I couldn’t wait to keep reading and find out what would happen next. Even if you started knowing basically nothing about Ainu culture, you would learn it naturally as you read. The characters all felt alive and active within the story. Battles against nature, fistfights with wild animals… I was so impressed. Also, the way the art expressed the tension in the scenes really drew me in. Oh, and it was kind of a cooking manga! The stews looked so good. I’d love to try them sometime!

Tell us what you focused on when doing the prop design for this anime.

First, it felt important to me that all these props were things that really existed. Usually, I work on stuff like SF and fantasy, things that require a lot of imagination, but this time, all the props were real things, and things from a relatively recent time in the past. There’s photographs and written descriptions of all of them, so I had to be accurate. I had to use the available resources as best I could. 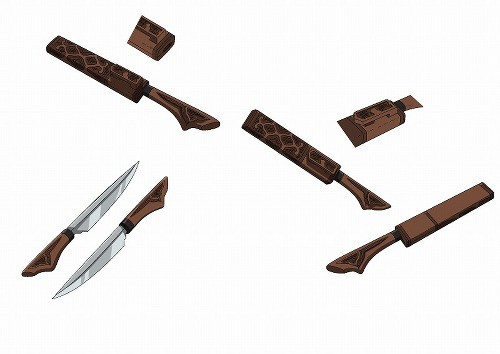 Are there any things you always keep in mind when doing prop design? Not just for this anime, but any others.

Creating an anime is a group process, so it’s important to create things that anybody can draw. Also, I try to create designs that will allow the animators to focus on animating the main story. I always try to make things with easily distinguishable silhouettes, and no unnecessary lines. If something is going to involve a lot of linework, I always make sure to discuss it with the director beforehand. Sometimes, I’ll create three versions of a prop: one pointed toward the viewer, one neutral, and one facing away. Lately, I’ll sometimes use computer graphics, but since props are something that are heavily involved with the action of the story, I always try to make them both easy to draw and beautiful.

What parts of this project were particularly difficult?

Usually, I’ll use the original work as well as materials provided by the production team. But sometimes you’ll run into things where that’s just not enough… Also, sometimes even if you have a photograph, it’s not clear enough to use. In those cases, I just have to talk with Mr. Noda, the original author, or speak with the supervisors… This time, I had a dedicated supervisor who dealt with the Ainu culture, as well as a round of checks by the original author. Both of them had to approve it… It was pretty nerve-wracking. 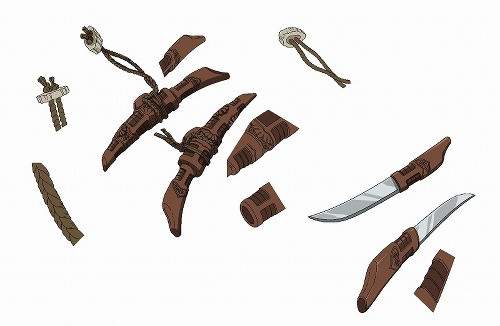 Please tell us anything you particularly remember about your interactions with Director Nanba and the rest of the staff.

Golden Kamuy is a work of entertainment, but Ainu culture also plays an extremely important role. I think we all saw that as a wonderful challenge, but also something that demanded full dedication from us. The first thing the director said was, “We know essentially nothing about Ainu culture. Let’s all learn as much as possible.” I remember that I felt this was something I needed to really dedicate myself to.

This was work that took a lot of calories to do. It was nerve-wracking, but it felt so good when the supervisors finally okayed something. And all the staff are working really hard to make Golden Kamuy a success as well. You can see their passion on the screen! I hope you’ll watch it to the end.