The Greatest Dads of Anime

It's Father’s Day! There is literally no better day in the entire year to talk about the rare and elusive anime dads. They're rare to appear but many who stick around have become some of the all-time greatest anime characters, lending support and guidance to their kids, acting as a reliable or inspirational model, or just making some really bad puns. Among the many greats, we have a few we'd like to celebrate on this day, so here are our top anime dads! 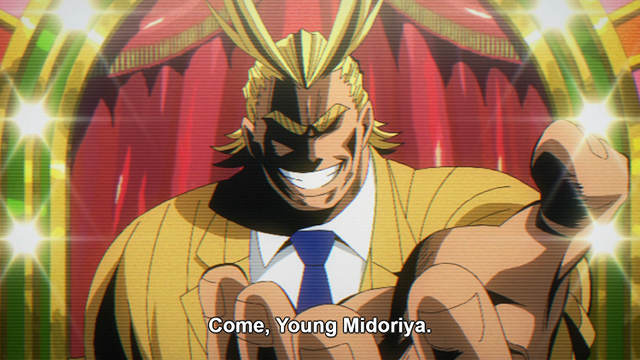 Sure, All Might doesn’t actually have any kids, but that doesn’t make him any less of a dad in our eyes! All Might is the ideal image of a model father. He’s big, strong, and will go to any length to protect those he cares about. In his case, that means all of us! He’s certainly become a bit of a father-figure in Midoriya’s eyes as well. With no discernable dad in his life, Midoriya has instead looked to All Might as an ispiration and role model. Whenever Deuku’s scared or uncertain, he asks himself what All Might would do in his situation. Now Deku has inherited the quirk One for All and intended to succeed the symbol of peace, kind of like inheriting family business. All Might may not be a dad strictly speaking, but he’s still a father anyone would be proud to have. 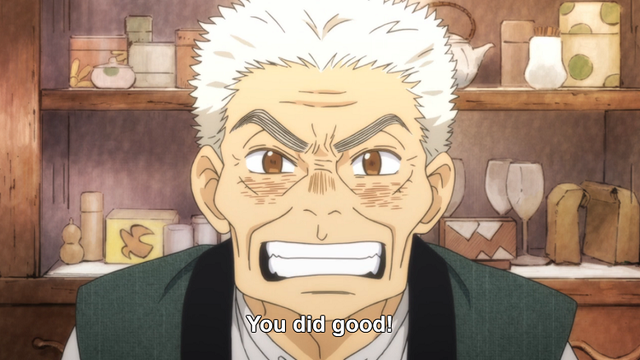 With their mother gone and their father out of the picture, the only person left for the Kawamoto sisters to turn to was their grandfather. While he may not play a major part in the series, his spirit and positive influence are undoubtedly important. When he’s not lovingly mentoring the three girls on the subtleties of tending to a sweets shop or doting on his adorable baby granddaughter, he’s acting as both a welcoming and encouraging force in both Rei’s and his granddaughters’ lives. One of March Comes in Like a Lion’s most unforgettable moments sees the boisterous patriarch making an impassioned declaration of support for his self-doubting granddaughter. It’s this unconditional, unassuming love for his family that makes the Kawamoto household such a warm place to be and what makes him such a fantastic dad. 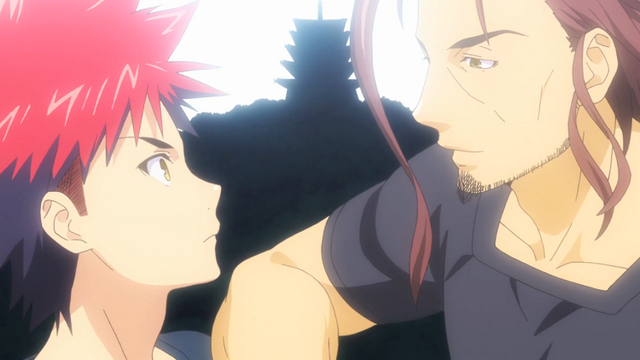 When you’re a famous chef whose talents are sought after all across the world, it can be easy to let it get to your head. Luckily for Soma, his dad is smarter than that. While he may be a culinary legend, Jouichiro’s ego never gets the better of him. He’s spent most of Soma’s life settled down in a tiny diner showing his son all the tools and tricks of the trade. He finally takes a step back to let his son go out into the world and let experience become his teacher in the world of gourmet cooking. Their relationship is competitive, but playfully rather than destructively. Soma clearly looks up to his father and feels inspired to follow in his footsteps, and Jouichiro can’t help but look forward to the day his son surpasses him. He may have stepped aside for now, but only to make sure Soma becomes his own chef in the end, rather than a simple clone of his father. 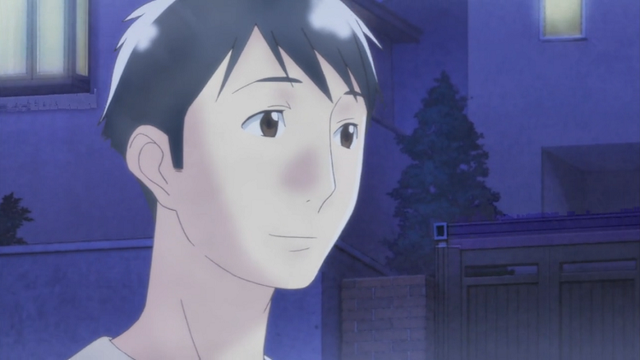 Shu’s dad occupies a very minor role in Wandering Son. He only makes a prominent appearance in one scene. While Shu is being bombarded with questions and accusations from their family about why they would wear a girl’s uniform to school, he interrupts to tell Shu to come to the store with him. On the way back, he offers an anecdote about how Shu’s grandmother lost a bet that Shu would be born a girl. He pauses, then adds “Maybe we made a mistake.” It’s a short scene, but it speaks volumes about the kind of dad he is. He sees the stress Shu is being placed under by the questions, and takes them aside. He uses that space to not only make Shu feel safe, but also to offer an apology. He recognizes that they are the ones at fault for their own assumptions made raising Shu. His actions show that he’s a father willing to own up to his own mistakes and learn from them. Rather than judge and force his child to be a certain way, he realizes that maybe he’s the one that needs to change. He might be a minor anime dad, but his example set is one every dad should follow. 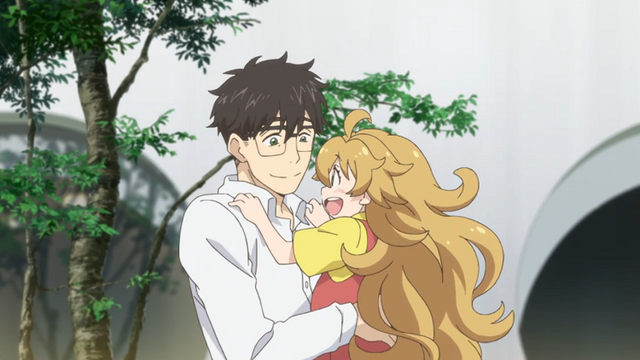 Being a single dad is tough. It takes a loving, dedicated man to do it, and it’s hard to find a better example of one than Kouhei Inuzuka. Still grieving from the passing of his late wife, he realizes he hasn’t done a good job taking up all roles of caregiver to his young daughter Tsumugi. While he already spent his spare time with Tsumugi, he was never able to give her a proper meal. So, like the great father he is, he decides to learn. sweetness & lightning may be a cooking show on paper, but underneath it’s about the loving relationship between a father and a daughter. Throughout the show, Kouhei is responsible, loving, and always looks out for Tsumugi first. He’s a gentle, selfless dad, and the love he has for his daughter never ceases to be a heartwarming thing to see. 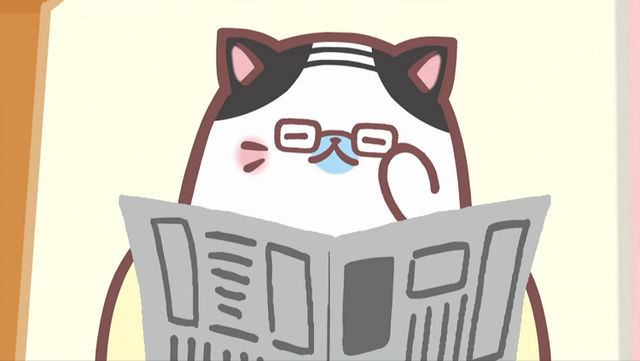