Why Hyouka Is My Favorite Mystery Anime 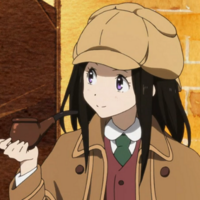 What comes to mind when you hear the word “mystery”? Do you think of brilliant thieves, master detectives, and impossible problems? Generations upon generations of people have reveled in mystery stories. Tales of perfect crimes and the geniuses that foil them are irresistible. The rush that comes with following these high-stakes hunts can’t be beat, the allure of solving an unsolvable mystery just too much to ignore. We watch along and offer our own theories, and when we’re ultimately proven wrong, we marvel at the author’s cleverness. Everyone has their favorite mystery. Mine is Hyouka. 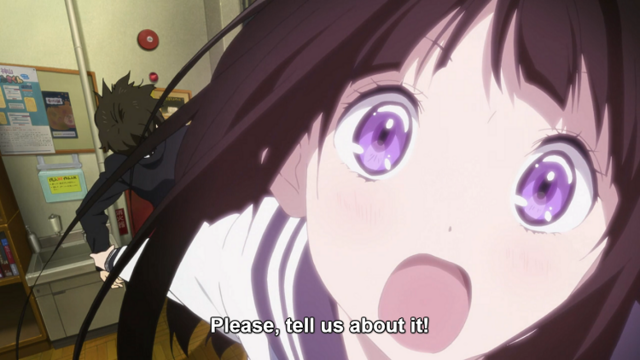 To some, that may be an odd choice. On the surface, Hyouka seems to lack the normal trappings of a great mystery. At its core, it’s a modest slice-of-life anime about a student learning to embrace a rosy high school life. It may lack high-profile thefts, criminal archenemies, shocking murders, or other common tropes from popular mysteries, but its everyday high school setting doesn’t make its mysteries any less complex or intriguing. In fact, Hyouka demonstrates a deep love and understanding of what makes a good mystery, and through its own offerings crafts a remarkably engaging series. The mysteries in Hyouka may not have the highest stakes, but they never feel any less important.

For example, let’s look at one of Hyouka’s earliest mysteries – the story of Sekitani Jun. The problem presented is simple. Chitanda’s uncle Sekitani went missing many years prior, and will soon be declared legally dead. When she was younger, Chitanda had once asked him a question, the answer to which made her start crying. She doesn’t know what the question and the answer even were anymore and simply wants to remember them before her missing uncle is laid to rest. All she knows is that it somehow involved the Classic Literature Club, the same club she and the other members of the cast belong to. 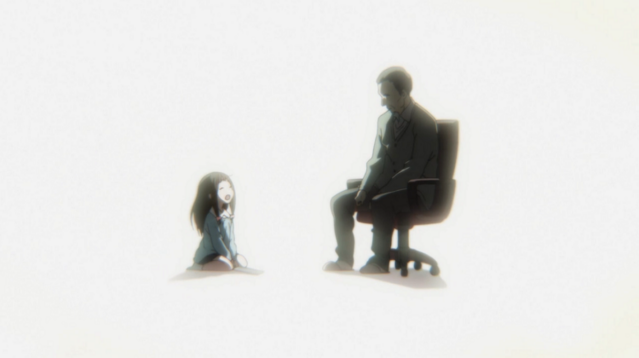 Right away the cast is presented with a seemingly impossible problem. Triggering someone’s long-lost memories is no easy task, especially with such a vague starting point. They decide to begin by researching Sekitani Jun’s time spent in the club. With decades having passed since that time, though, all they find are vague recollections. But, gradually, the bits and pieces at hand are put together to form the tragic tale of Sekitani Jun.

Hyouka presents its audience with all the same information as the characters, like any mystery worth its salt should. The audience is able to piece together for themselves what happened, and there’s even an episode where the characters sit down and do exactly that. It’s a welcome addition having part of the mystery dedicated to breaking down each character’s thought process. Audiences don’t watch mysteries simply to marvel at the brilliance of others. Mysteries inherently encourage audiences to interact with them and theorize for themselves. A good mystery puts its viewers on a level playing ground and challenges them to a game of wits. Hyouka understands that, which is part of what makes it so engaging. 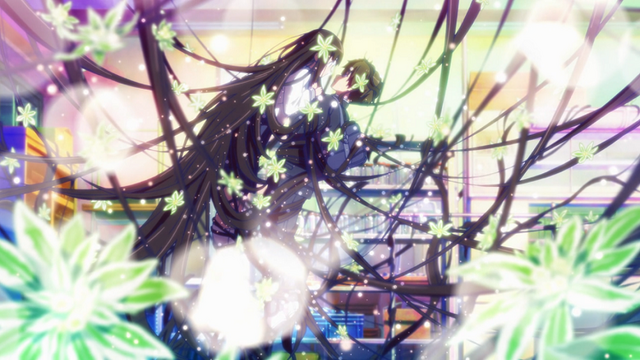 These engaging mysteries within Hyouka are further elevated by its endearing cast of characters. Oreki acts as the detective within the group, but they approach each conundrum as equals who all have something offer. The self-proclaimed “database” Satoshi is able to dip into his wealth of knowledge for valuable information. Chitanda’s abundant curiosity is constantly seeking out new problems that need solving. Oreki’s deductive skills put the pieces of the puzzles together. Mayaka rounds out the cast as the practical one – reigning in the others if they stray too far from the point at hand. Their lively dynamic works not only as a fun group of friends, but also as a competent team of detectives.

Ultimately, though, it’s Chitanda’s overwhelming curiosity that draws viewers in. Hyouka’s first episode creatively depicts the experience of coming into contact with Chitanda as being completely ensnared within her flowery grasp. Her thirst for knowledge of things she does not understand is unquenchable. She has the uncanny ability to make both the characters and the viewer care about the littlest curiosity they'd otherwise shrug off. Any good mystery needs a hook, and in Hyouka, that’s Chitanda. If she’s interested, that means you’ll be interested too. 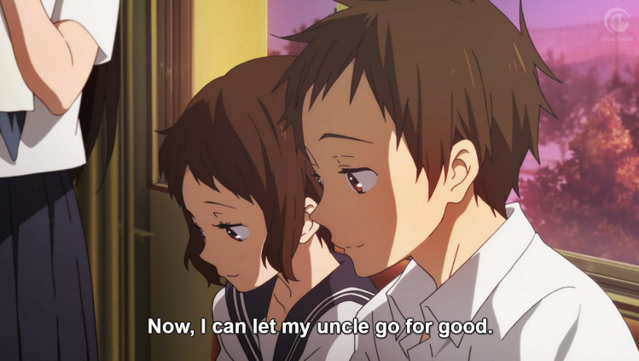 Finally, the little mysteries of Hyouka all work to the purpose of its grander narrative. At the conclusion of Sekitani Jun’s story, Chitanda remembers what it was she had asked her uncle and what his answer had been. All she had asked was what the word “Hyouka” even meant. It had simply been some bilingual wordplay, but the implications it carried is enough to move her to tears all over again. The story behind “Hyouka” was one of powerlessness and fruitless sacrifice. Encompassed in that word was an aging man’s regret and the advice he wanted to pass on to future generations. Where most mysteries involving a missing man would concern themselves with his rescue, Hyouka focuses on recovering his memory. Chitanda may never get her uncle back, but she was able to salvage the bittersweet memory of him she most holds dear. At the same time, Oreki is able to heed Sekitani Jun’s advice and take the first step towards a life he won’t regret.

These stakes may not be grand, but their lessons are both relatable and applicable to our own lives. What makes Hyouka so impressive is how absurdly well it can adapt the mystery genre to such a familiar setting. Throughout the show, the cast end up encountering locked room mysteries, unlikely ghost stories, school-wide thefts, and in a fun twist have to create a believable ending to an unfinished murder mystery. All the while, these situations work to both draw the cast together and expose the different tensions between each of them. It’s this incredible combination of familiar settings, lovable characters, baffling mysteries, and relatable themes that make Hyouka such a fantastic addition to the mystery genre. 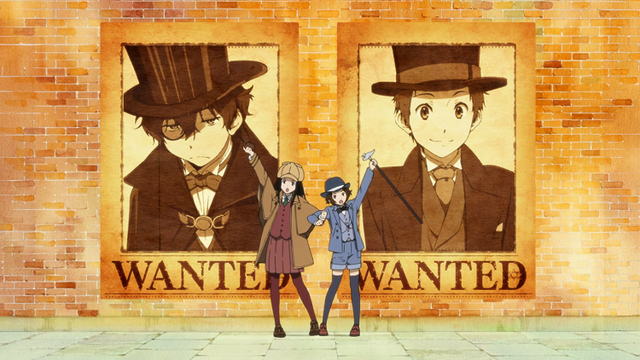 ---
Danni Wilmoth is a Features and Social Videos writer for Crunchyroll and also co-hosts the video game podcast Indiecent. You can find more words from her on Twitter @NanamisEgg.
Tags
danni wilmoth, hyouka
« Previous Post
Submit Anime Clips for the Giant Bomb x Crunchyroll ANIME 101 Panel at Anime Expo!
Next Post »
I Expected a Cute Anime about a Girl Walking to School, but I Got Chio's School Road Instead!?
Other Top News
12 Comments
Sort by: