The True Meaning of Anime Haircuts 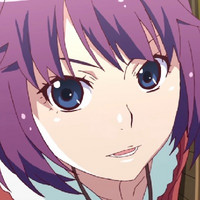 If you ask people which part of anime characters' designs most catch their attention, chances are good many of them will point to anime hair. Anime hair comes in all sorts of over-the-top styles, and in garish and unnatural colors. In general, it sticks out as something unique to the medium. Whether you're a fan of it or not, anime hair exists for a reason – to make characters look more striking and by extension... more memorable. 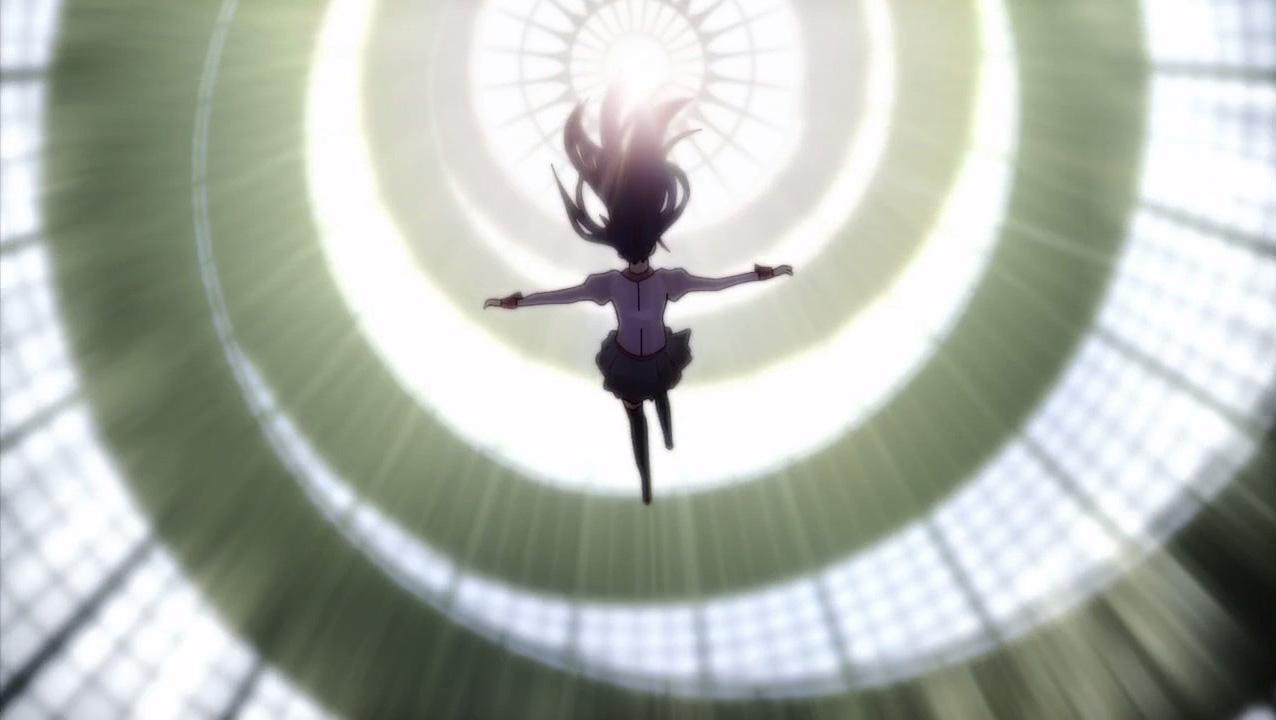 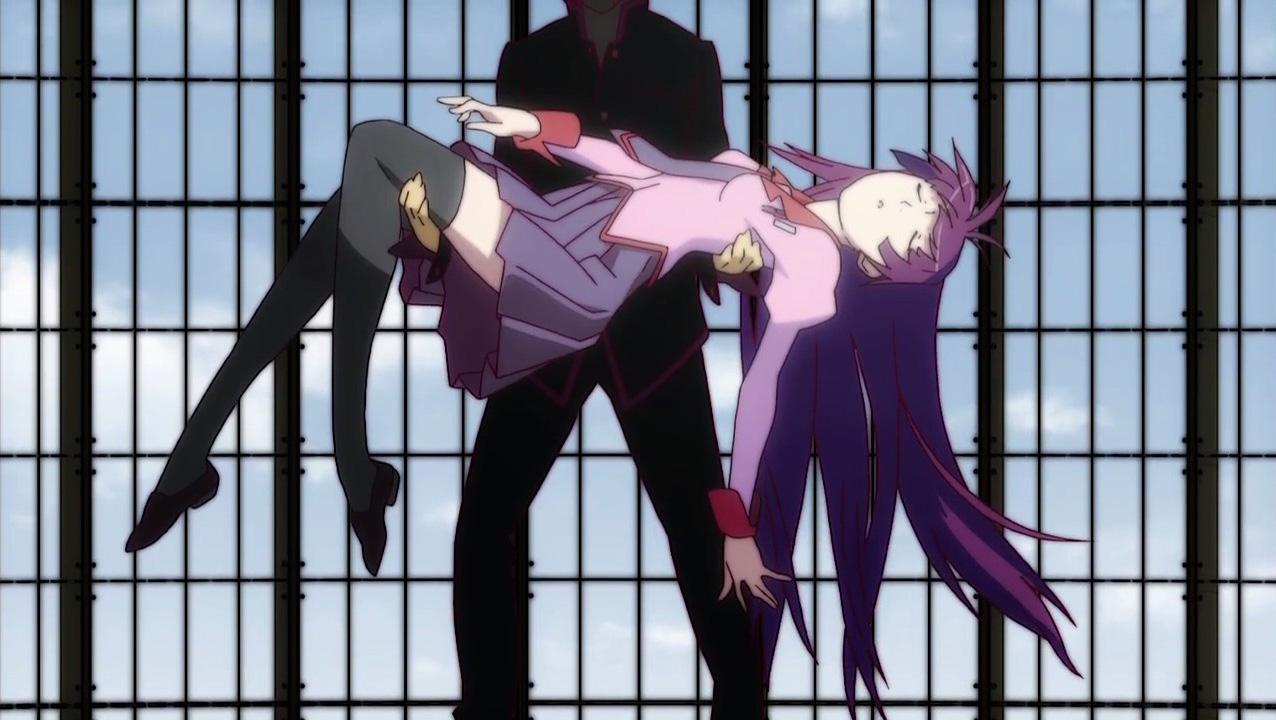 Anime's obsession with haircuts is found throughout many shows. In the Monogatari series, Hitagi Senjougahara’s long and flowing hair – feather-like in its descent into Koyomi Araragi’s outstretched arms during her intro in Bakemonogatari – finds itself cut down to a short bob mid-show. And while there may be aesthetic reasons behind giving characters a trim, a change can end up disappointing fans. Take the character designer for the Monogatari series anime, Akio Watanabe, for example.

During an interview with Switch Magazine, Watanabe actually complained about the decision to lop off Hitagi Senjougahara’s hair mid-show. To him, Hitagi’s long hair is one of her “defining features.” For Nisio Isin, the author of the Monogatari series light novels, that might have been true for an old Hitagi, fettered to her past. But for the new Hitagi, looking forward to the future, a new haircut might have been just what she needed to help her move on. The anime honored that sentiment.

The haircut here wasn’t just for switching up the character's look. It was a sign that Hitagi had experienced some important character development. And this hair-based marker of character growth isn’t exclusive to the Monogatari series. 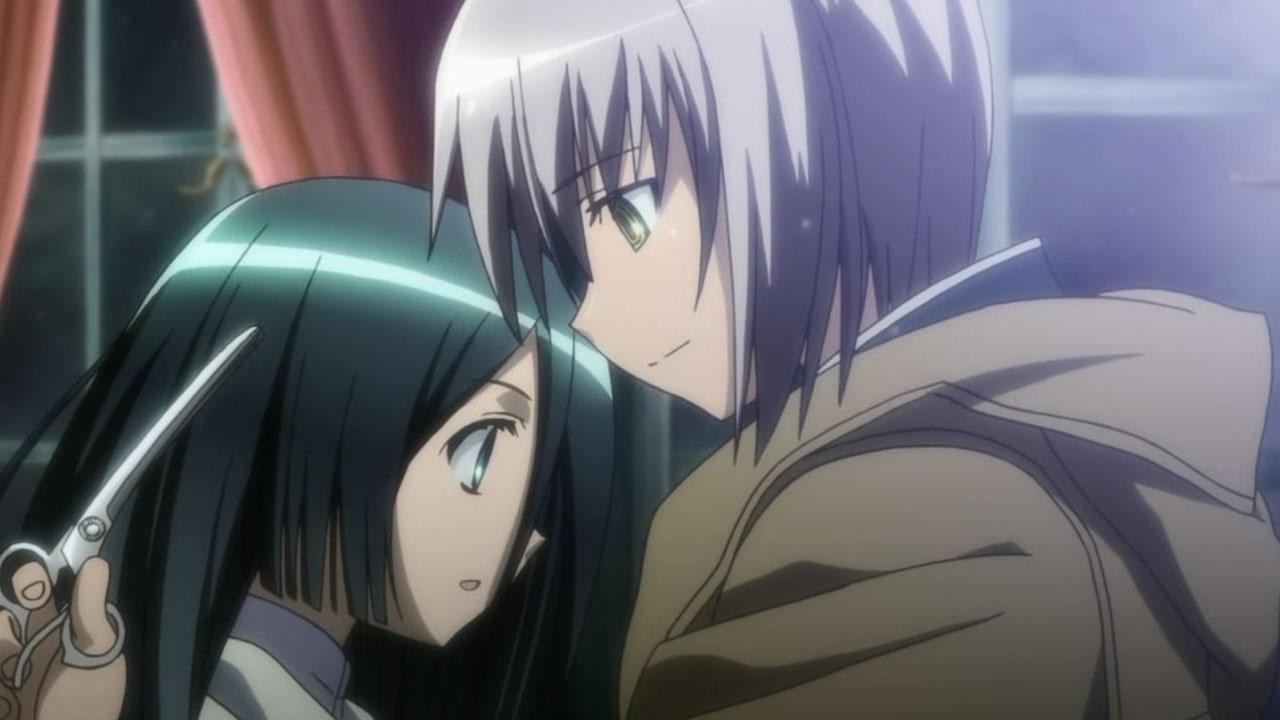 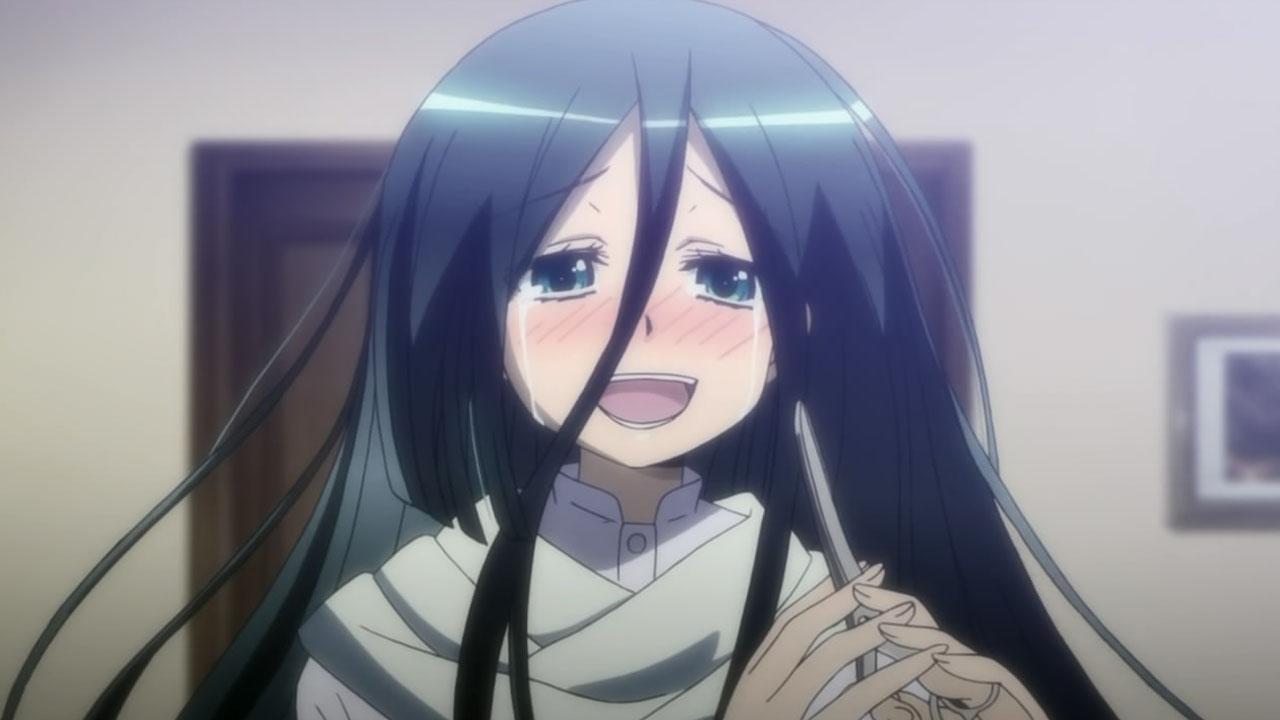 In The Severing Crime Edge, the Rapunzel-length, black-haired Iwai Mushanokouji is freed from her loneliness when a spellbound Kiri Haimura cuts her hair with some scissors. Iwai's unusually long hair was doubly cursed with its inability to be cut and its propensity to attract trouble. Locked away within the confines of a manor, Iwai had previously frittered away her days with no company herself until Kiri appeared as if by fate. It is in these conditions that cutting hair becomes an intimate act, and for Kiri’s act of cutting Iwai’s hair, a romantic development. A plot is given a push and a conflict is set in motion as Iwai’s deliberate seclusion is ended with Kiri’s edge and a promise to be with her always.

So a haircut can also be a sign of love, something that's in full display in both The Severing Crime Edge and Full Metal Panic!. In Full Metal Panic! The Second Raid, there's a scene where Chidori Kaname carefully snips away at Sousuke's hair. As she's doing so, she notices that Sousuke has fallen asleep. Sousuke’s normally a high-strung character, easy to disturb, a gun under his pillow, a survivor of many terrible battles. And yet in this scene he’s dozing off, a scissors’ edge over his throat, vulnerable in the arms of a person that he trusts.

The two of them had developed throughout the course of the show, and they become a confirmed couple not long after the scene. The moment is indicative of Sousuke’s evolution from a soldier who just shoots people and follows orders to a person who loves people enough to want to protect them. 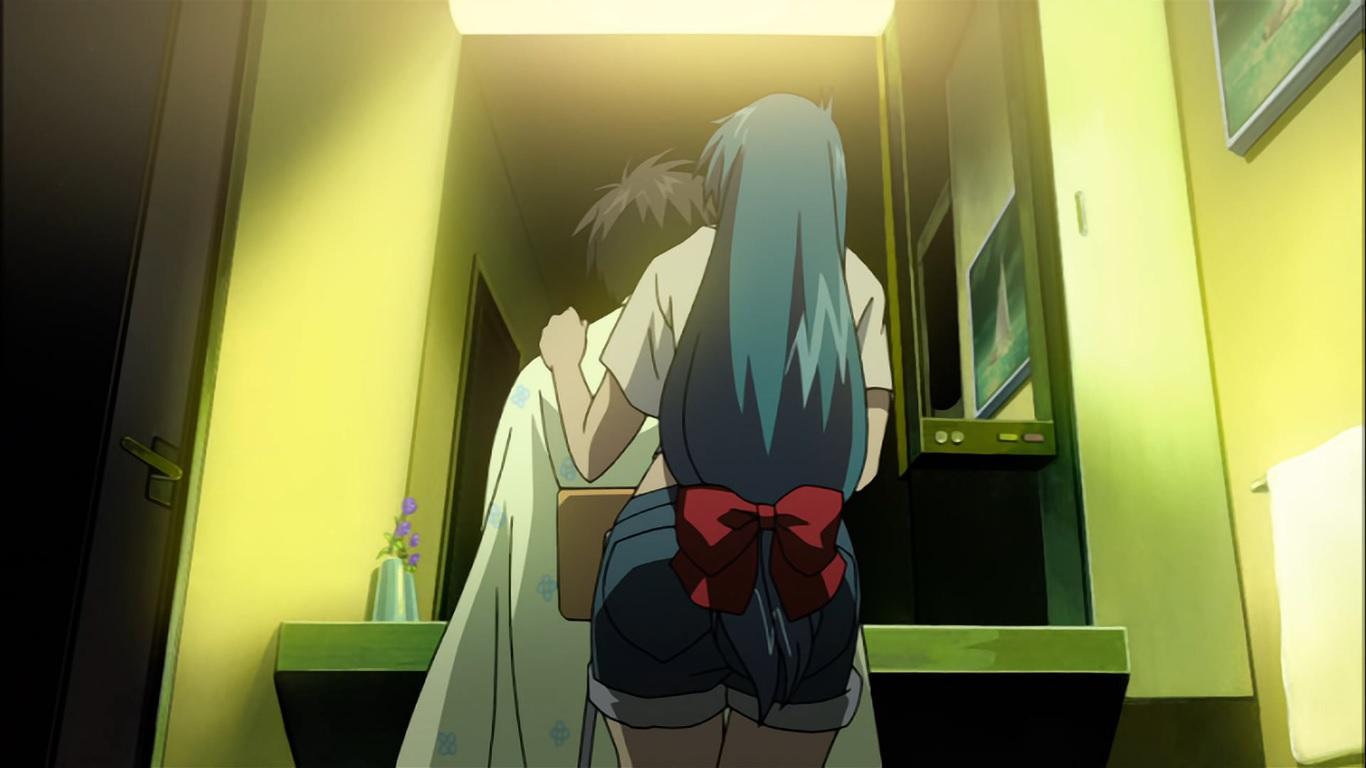 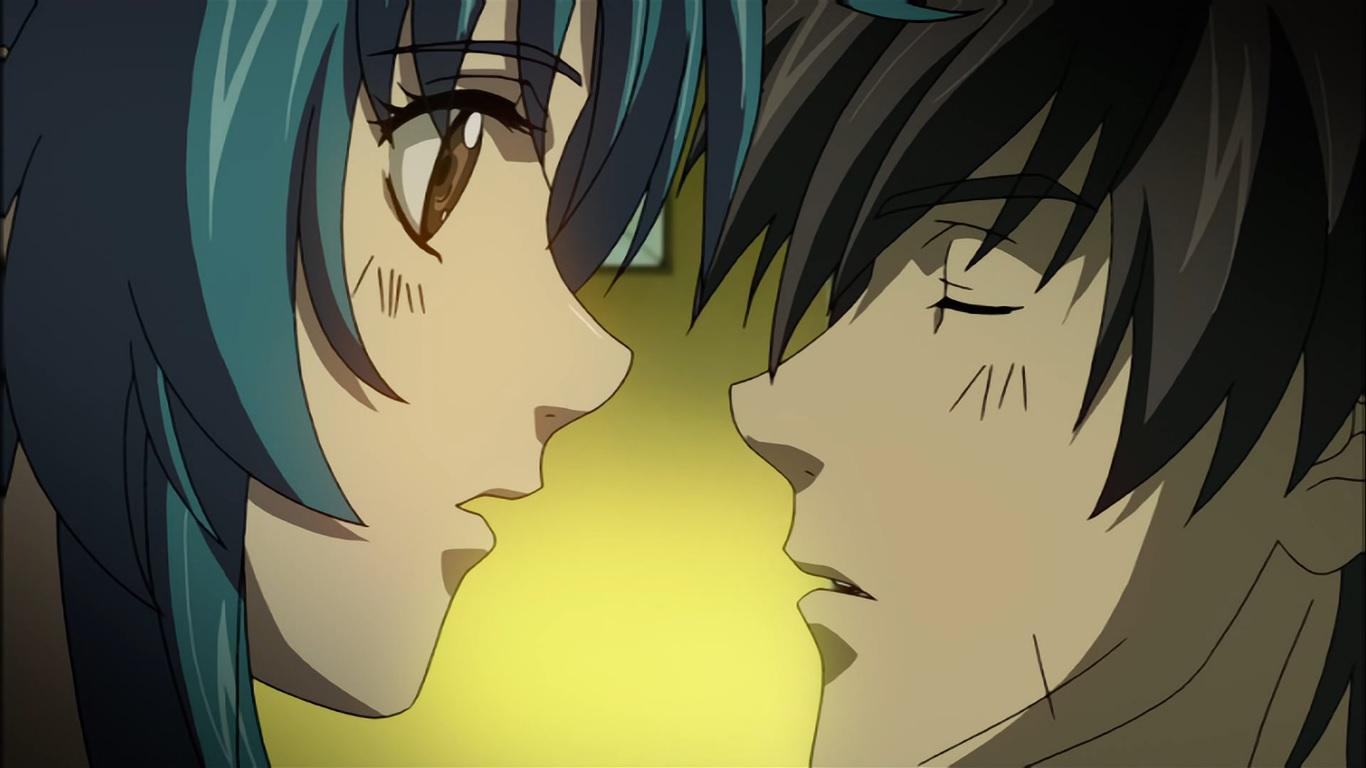 Moving on from the past regrets and budding love, haircuts in anime have also symbolized determination, self-confidence, and maturity.

In an iconic example of a haircut marking major character development, during the chuunin exams of Naruto, Sakura Haruno cuts her elegant, long pink hair to escape the clutches of an enemy. Time slows as hair is cut and Sakura’s though, doubts, and insecurities stream by. A vision of two boys greets our eyes – Sasuke and Naruto walking ahead. We see that Sakura lags behind the two, watching their backs from a distance. Her place in the vision bothers her.

She imagines herself wanting to be between them, shoulder to shoulder. She wonders about what’s holding her down, and answers her question with a cut. In cutting her hair free with her knife, she raises rebellion against her previous complacence as a know-it-all, waving the banner of determination like the rest of them. She wants to be valuable and supportive member of her team. She wants to be a ninja, and decides that now she will work for it like them. 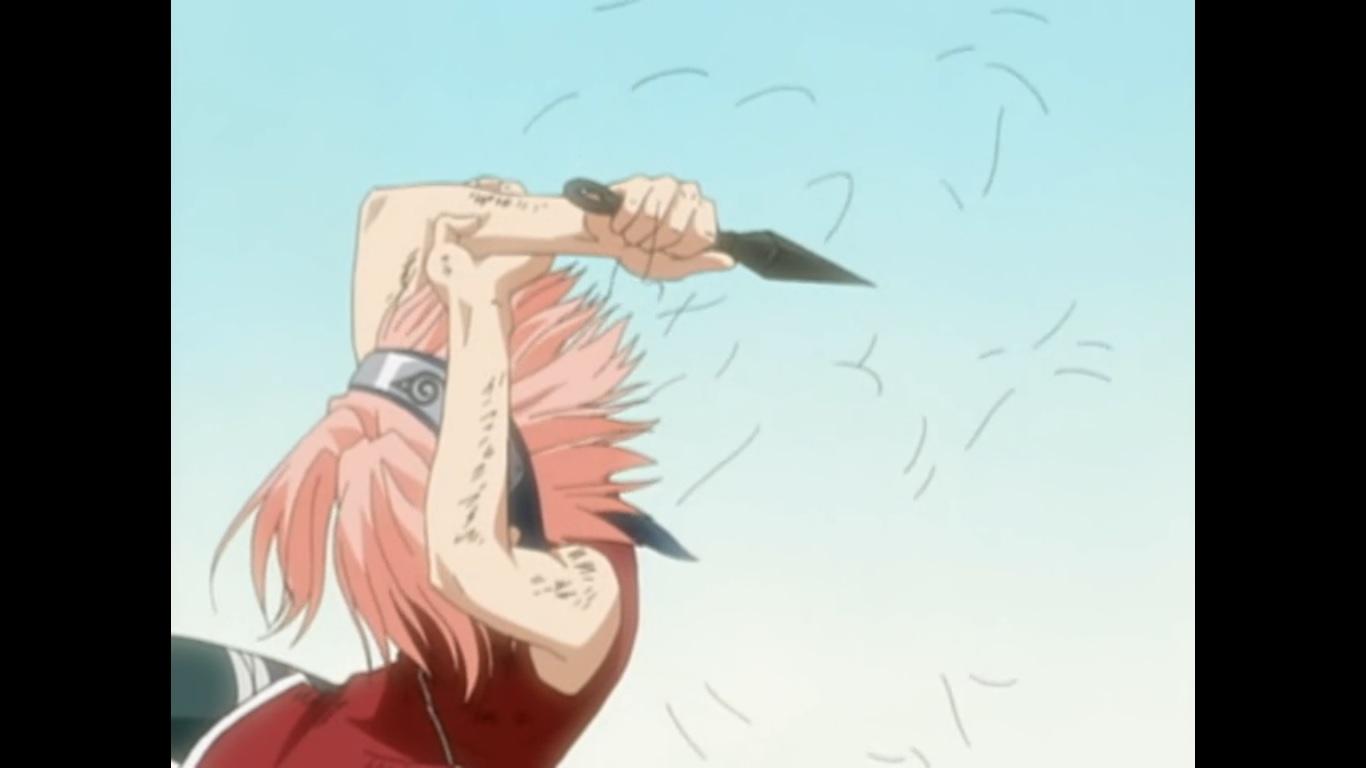 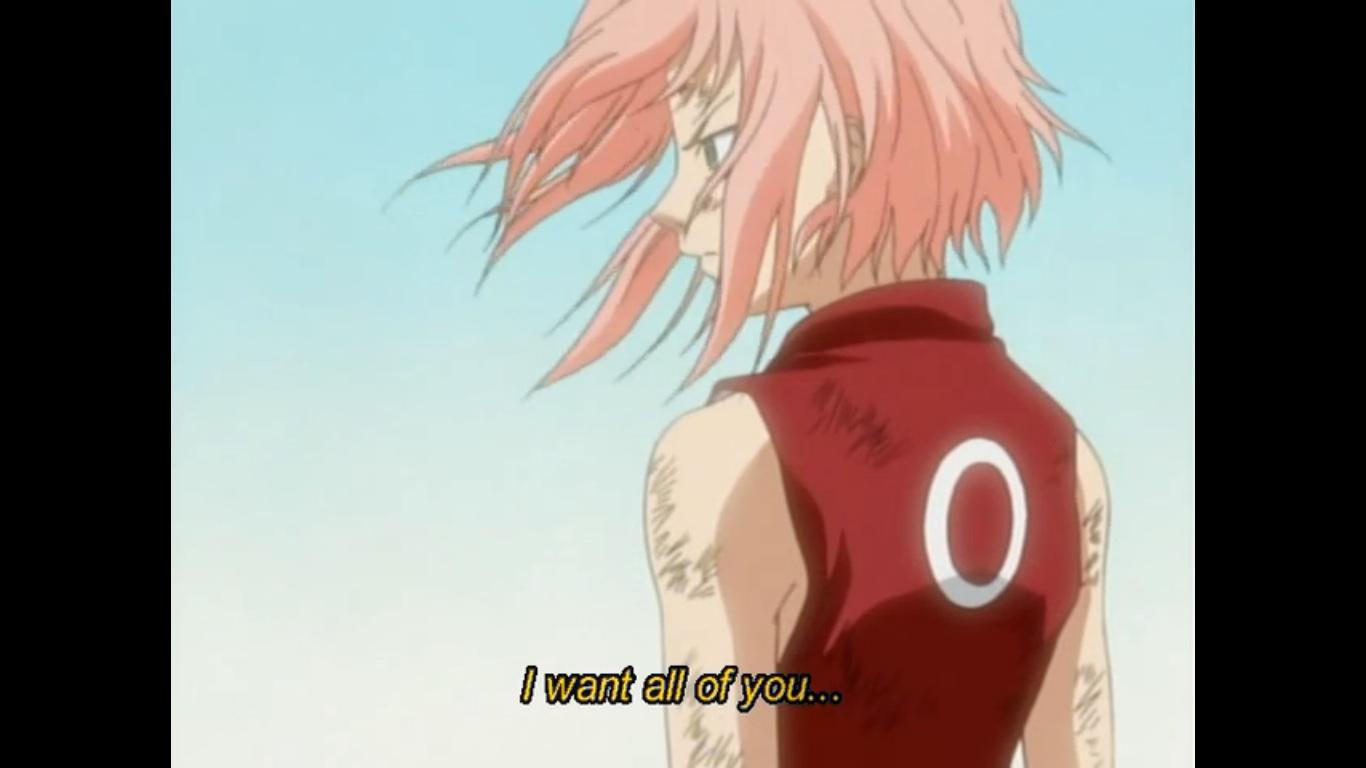 We see another example of forward-looking character growth in March comes in like a lion’s Hina Kawamoto.

Hina’s had to deal with a lot. Throughout the second season of March comes in like a lion, she weathers an onslaught of harassment at school. The bullying is debilitating enough to force her childhood friend to drop out and seek therapy, and damaging enough to turn her homeroom teacher into a shut-in. Through it all, though, Hina keeps herself together and endures with the help of Rei Kiriyama and the rest of the Kawamoto family.

Hina grows from this experience, comforting her elder sister during her tribulations with her bully’s parent while maintaining her willingness and enthusiasm to connect with other people. She manages to pass the entrance exam to Rei’s high school and decides to mark the occasion of starting the new school season with a haircut. She wants to shed her immature image to match her growing self-confidence. She gets the wrong hairstyle, but Rei likes her new look. 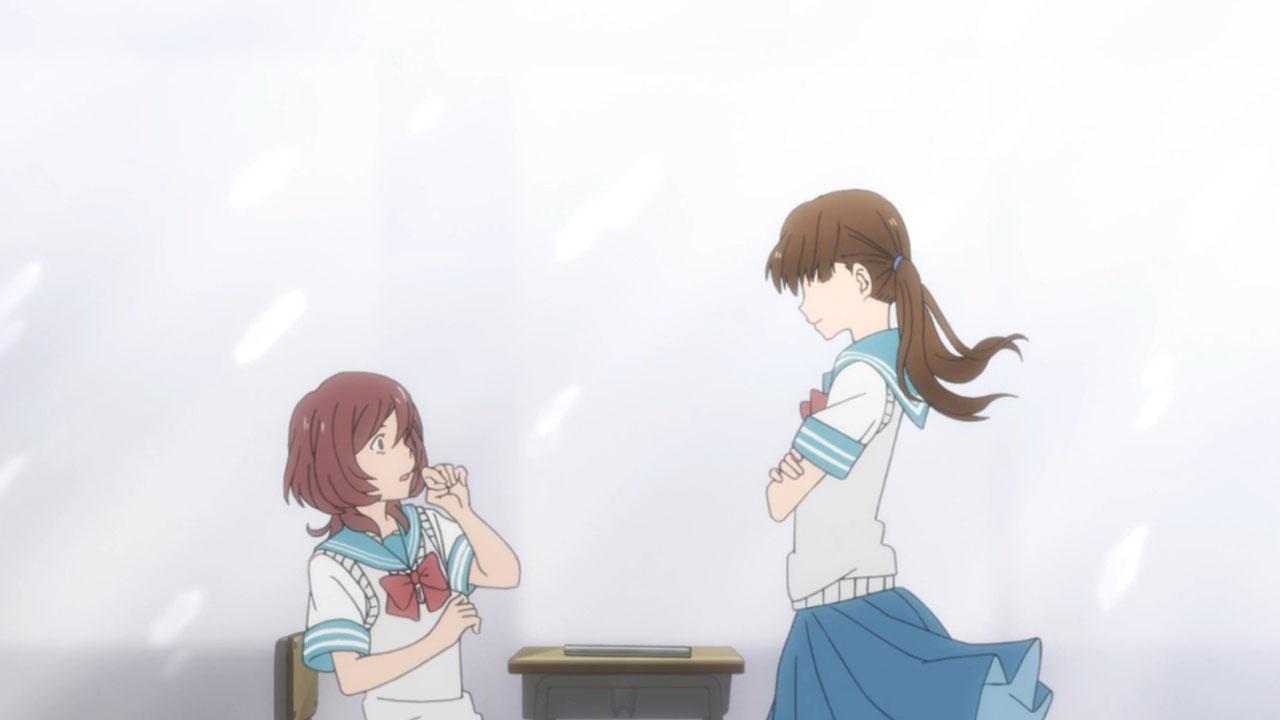 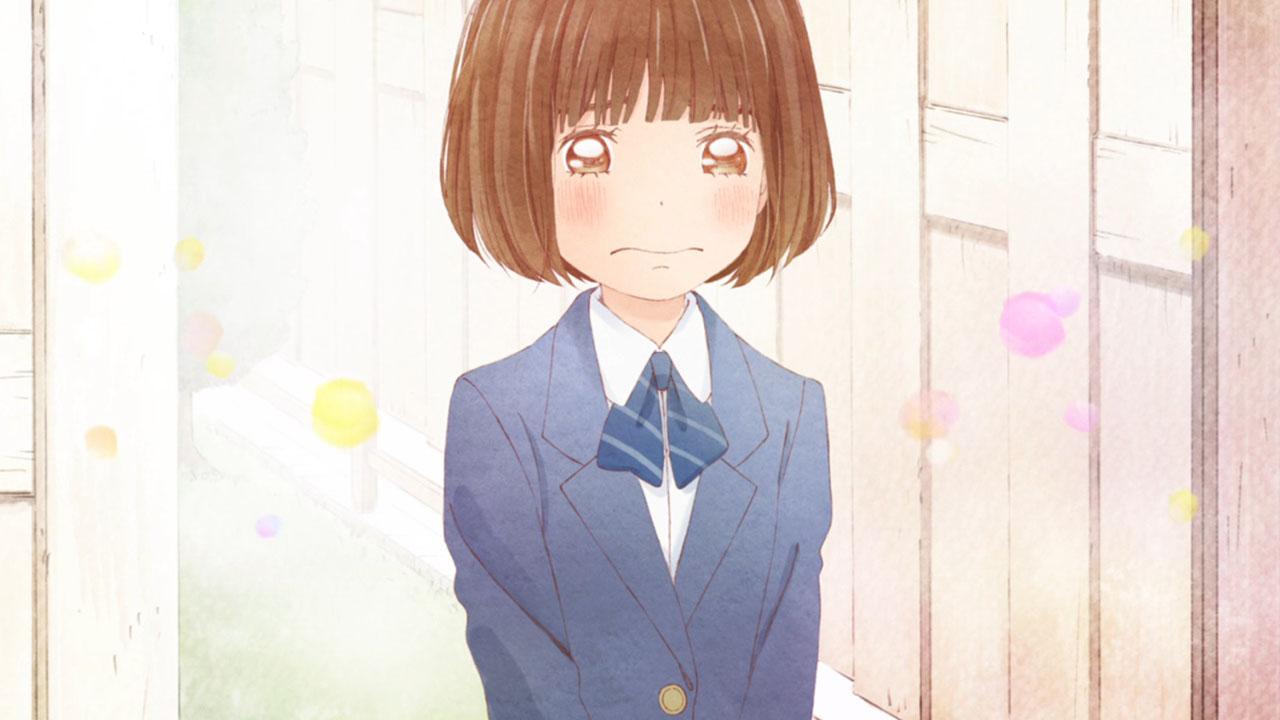 To end where we started with haircuts, let’s return to Monogatari.

In Hanamonogatari, we follow the perspective of Suruga Kanbaru. Previously sporting short hair in previous seasons to match her outwardly peppy disposition, we are visited by a Kanbaru in Hanamonogatari who has grown out her hair and whose internal monologue is far more melancholy than peppy, more depressed than chipper. She starts the season expressing lingering regrets over past mistakes and forlorn love, and later encounters a dead flame looking for her cursed arm.

There's a lot of stuff in between, but by the end of Hanamonogatari, Kanbaru bookmarks her self-improvement over the course of the arc – shedding her monkey’s paw, laying to rest a friend, and moving on from her old and damning regrets to become a new and more hopeful person – by asking Araragi to cut her hair short and sporty. Her upbeat personality from the past returns, but rather than faking it all, she’s genuinely looking forward to the future. 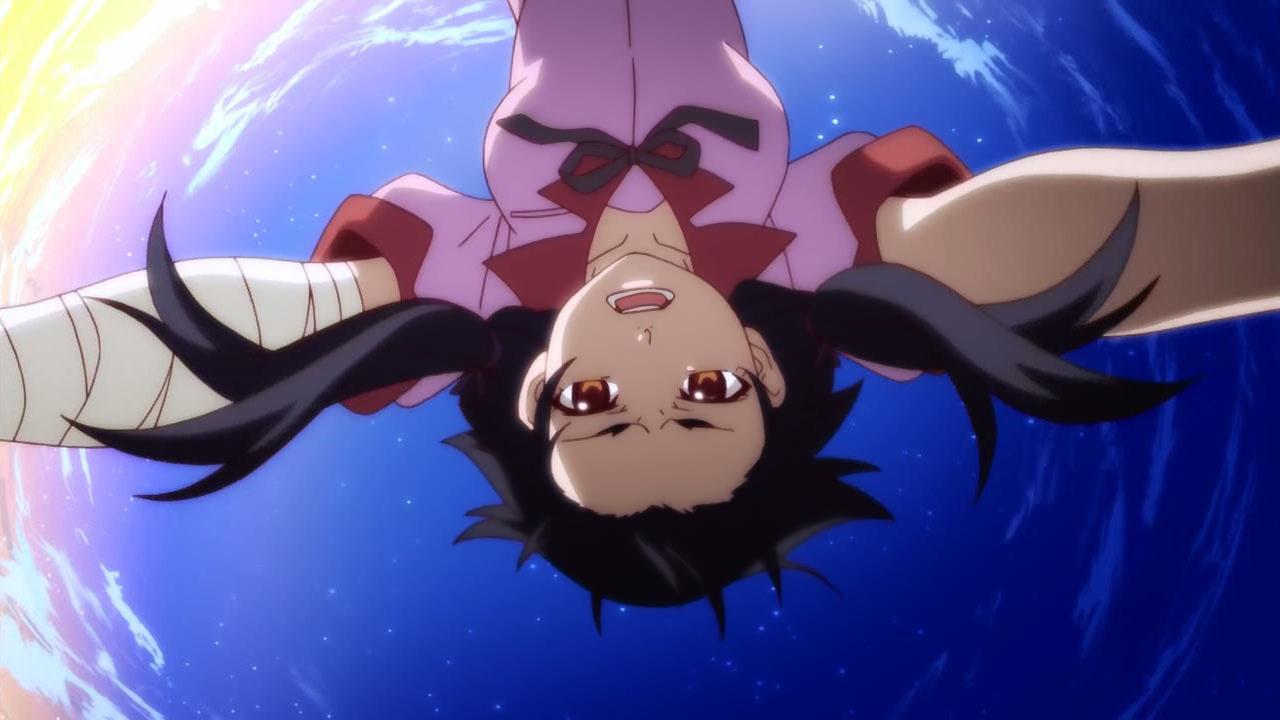 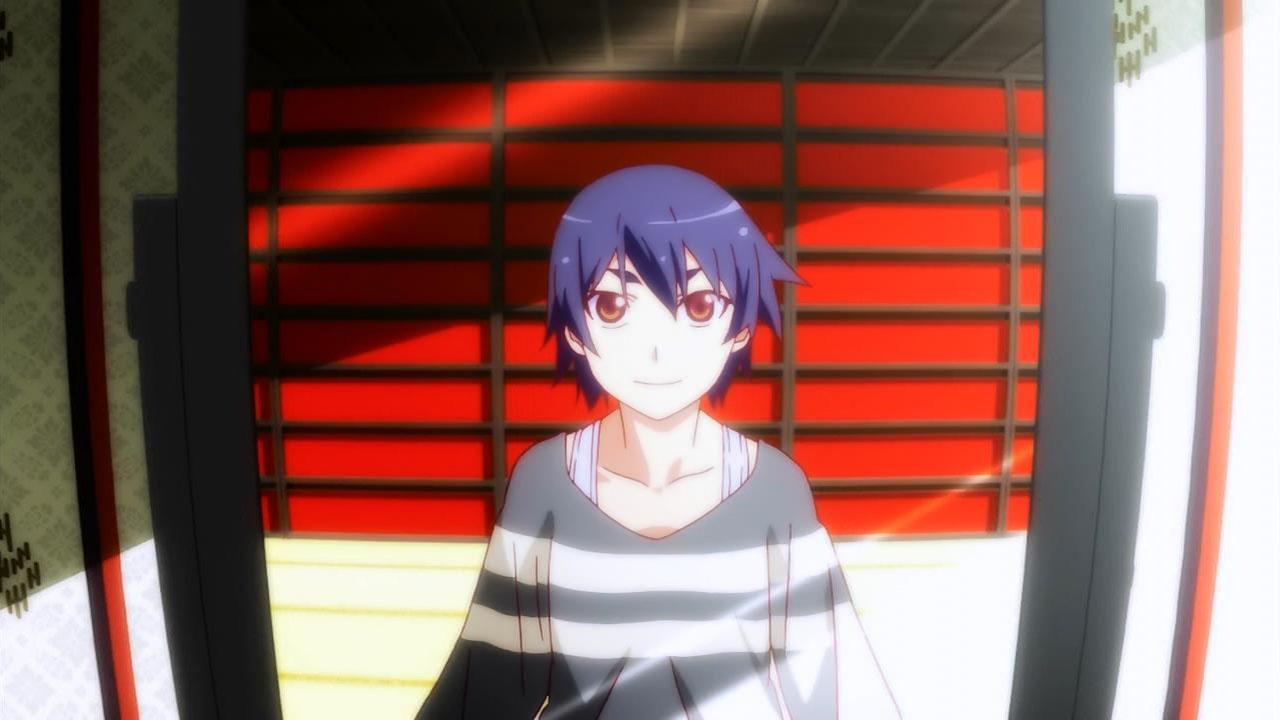 Of course, there are many more anime haircuts we could have explored, from Your Name’s Mitsuha to even more Monogatari characters. But let's leave it at that. From personal growth to love to a commitment to future change to an assertion of self, anime haircuts give us the double gift of a new look for a beloved character and an outward symbol of how far they've come in their stories and lives.

Do you have a character that you like who was given a haircut during their show? Let me know in the comments!