The surprising times voice actors came up with their own lines! 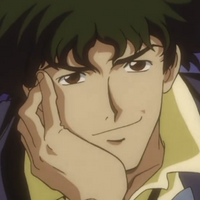 Productions that feature voiceover work tend to be more rigid in terms of sticking to the script. Having to line up with what is or has been animated makes it harder to go outside of what a character is supposed to say. It’s also harder to tell which lines are ad-libbed given the nature of voiceover work, which sometimes makes it difficult to learn about these moments. There are tricks voice actors use to employ when to ad-lib such as when you don’t see a characters mouth. It can also be left up to a director’s discretion. Certain shows are known for their ad-libs, but here are five specific lines that you may not have known were ad-libbed. 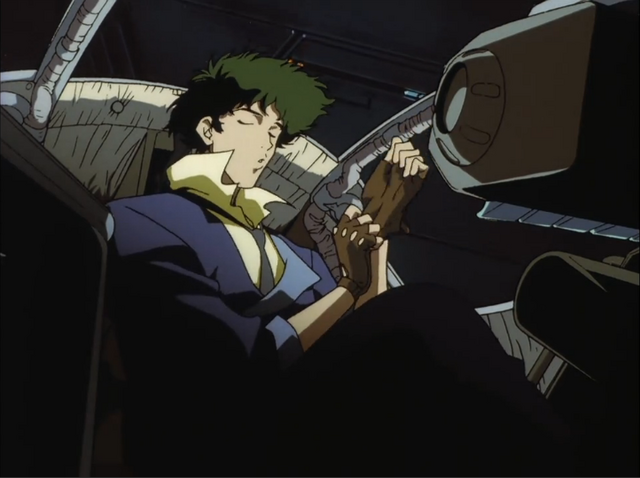 As a show that is known for its style, Cowboy Bebop gives a different take on ad-libs in its first episode. Fans of the series may remember Spike whistling before and while he is on his ship to find the bounty he and Jet speak about. On the home video release, there is audio commentary on the first episode with Koichi Yamadera and Unsho Ishizuka —the voice actors for Spike and Jet—where Yamadera reveals the origins of the whistle. “I said I’d do it myself. They told me they needed sort of a listless song. So I just did it on the fly.” The biggest challenges for Yamadera where making it sound cool with that listless style and also because he was intimidated since Yoko Kanno was the series composer and was confused why he had to come up with the tune. As a bonus, if you listen to both the English and Japanese dubs, you’ll notice that the whistle Spike performs is different meaning that Steve Blum or someone on the English dub team had to come up with their own tune! 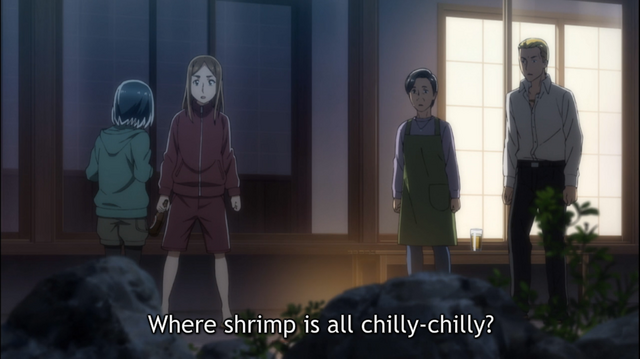 The comedy aspect of HINAMATSURI would lead you to believe that there were constant ad-libs throughout, but that’s actually not the case. WebNewtype’s interview with Takako Tanaka (Hina), Yoshiki Nakajima (Nitta), and Rie Murakawa (Anzu) has the three discuss that ad-libs were less of an occurrence due to the nature of the script and manga. The third episode’s script called for ad-libs when Hina was homeless, but they decided to stick with the manga material rather than change anything. However, that doesn’t mean there were zero ad-libs! Tanaka mentions that in episode 6 when Hina doesn’t know what chili shrimp is, she was told to ad-lib her confusion which leads to her asking if chili shrimp is "chilly-chilly." Despite the notion to stick to the script and manga, Nakajima does say that Tanaka was the one who would ad-lib the most so there’s a good chance some of your favorite Hina lines were ad-libbed. 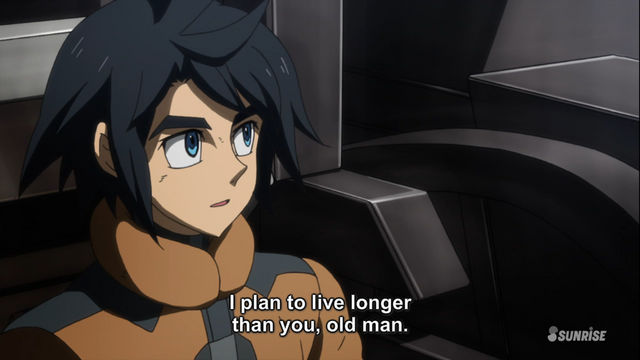 The seriousness, politics and ideologies of Mobile Suit Gundam: Iron Blooded Orphans doesn’t seem like a place where you’d find ad-libs, but there are! In an interview with Da Vinci, Mikazuki’s voice actor, Kengo Kawanishi reveals an ad-lib that he used with Nady Yukinojo Kassapa’s voice actor Atsushi Ono. During tests before the actual recordings, the two were ad-libbing lines and Kawanishi came up with an idea that could play off the two’s relationship. So, in episode 7, right before Mikazuki leaves to fight, Nady tells him that maintenance for Barbados wasn’t fully completed and to not die because he’d feel guilty. Mikazuki responds with the ad-libbed joke, “I plan to live longer than you, old man.” Given how Mikazuki has been portrayed in the show at that point, it’s surprising but showcases a different side of him that adds to his character. 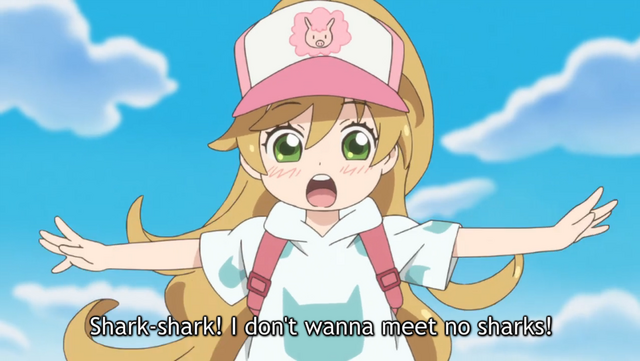 The song that many people found adorable in sweetness & lightning was a good way for people to get a taste of the series, but what you may not know is that the song was an ad-lib. For an interview with Booklista along with Yuichi Nakamura and Saori Hayami, Tsumugi’s voice actress, Rina Endo revealed how she was using ad-libs in the show. In a brief aside, Endo mentions that Tsumugi will sing often in the show and that anytime that happens, she has ad-libbed the song. She was helped by her mother to brainstorm and come up with ideas for these specific parts where she needed to ad-lib. After practicing figuring out what was the best choice, she would have a song for the show. It’s surprising for a young voice actress to be given that type of responsibility, but with the response to her songs, such as the one about Sharks, it was a smart decision! 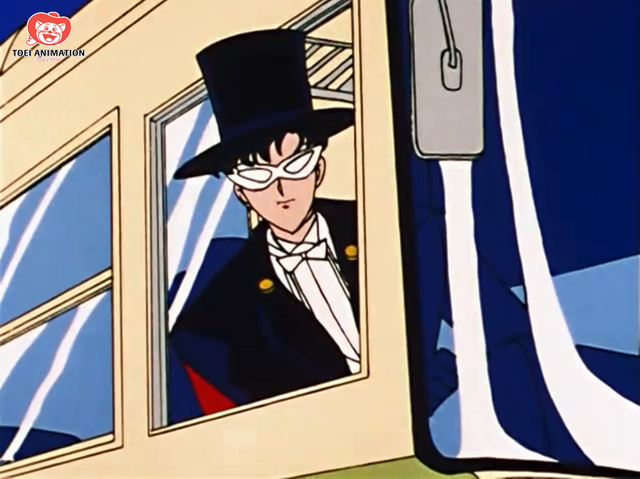 In the original Sailor Moon anime, Tuxedo Mask was known for his strange scene introductions where he would try to give Sailor Moon the advice she needed. From an interview with series creator Naoko Takeuchi and character designer and animation director for select episode of the anime Kazuko Tadano, one of Tuxedo Mask’s introductions was ad-libbed. The tenth episode of the series sees Rei become Sailor Mars along with the story of the bus that was being run by Jadeite. Near the end of the episode when it seems like Sailor Moon and Sailor Mars are trapped in an inter-dimensional space, Tuxedo Mask arrives driving a bus. Here he says that he’s the bus driver and to get on for them to escape. Tadano revealed that was ad-libbed by Toru Furuya. That begs the question, just how many other times did he slip in ad-libs as Tuxedo Mask?

This is just a small sampling of ad-libs in anime as there are more out there and even shows devoted just to that concept, such as the English dub of Ghost Stories. Even with just these five, it shows that ad-libs can occur in a wide variety of series and genres.

What are some of your favorite lines that are known to be ad-libs in anime? Share some in the comments below to allow others to learn more lines they might not have known were ad-libbed!