QUIZ: Who is YOUR Inner PERSONA?

Thou art I, but who art thou? 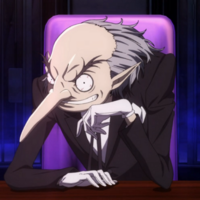 If you're anything like me, you can't get enough of PERSONA5 the Animation! You've probably already found out which Phantom Thief you are, but now it's time to find out which titular persona you have! Save that all-out attack for later, because you've got a shadow on the ropes and it's time to negotiate. When all is said and done, which unstoppable spirit of rebellion will YOU wield as your own?