Let's explore how Todoroki's recent battle illustrates both his past struggles and his journey still to come! 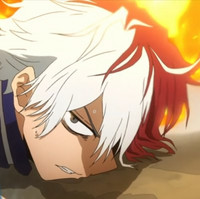 Hey all, and welcome back to Why It Works. With its second test concluded, My Hero Academia’s provisional license exam has recently come to a close, leaving our young heroes with an uneasy mixture of anticipation and regret. None more so than Todoroki, whose embarrassing feud with Yaorashi very possibly cost him his license altogether. Trampling over each other's powers and only embracing teamwork at the last possible moment, Todoroki and Yaorashi both demonstrated that a strong quirk is far from the only prerequisite for a strong hero. Todoroki’s failure here may have been unexpected, but it’s building on both personal and thematic journeys My Hero Academia has been pursuing all along, echoing both the increasing political complexity of My Hero Academia's world and the increasing nuance of its character writing. Today on Why It Works, let’s explore the larger implications of Todoroki’s last battle! 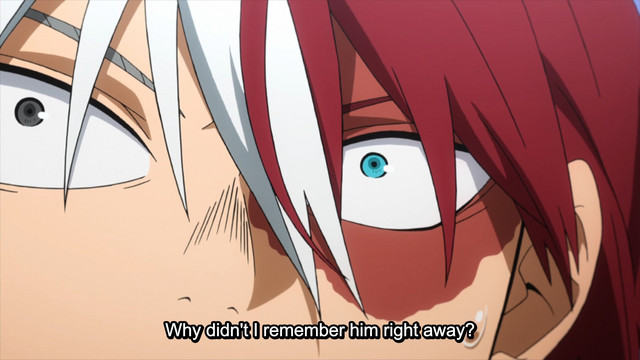 First off, on a character level, Todoroki’s clash with Yaorashi represents a satisfyingly nuanced approach to personal growth. Todoroki’s feelings of bitter resentment towards his father were theoretically “resolved” in a narrative sense by his tournament arc fight with Midoriya. Over the course of that fight, Todoroki came to realize his choice to never use his own fire powers was a result of internalized shame, and to accept that his father’s cruelty was not his destiny. Overcoming that shame helped Todoroki become a more socially comfortable and generally happy person, gaining friends and discarding his initially cold nature. It was a sturdy and neatly executed character arc, bringing a character from a place of deep self-loathing to self-acceptance, personal strength, and friendship.

However, even if our current Todoroki has largely overcome his familial trauma, his past actions still exist. Part of growing up is accepting that you’ll often hurt people even if you don’t mean to, and accepting accountability for not just your current actions, but your past selves. Todoroki may have personally grown beyond the point where he’d rudely shrug off someone like Yoarashi, but I appreciate My Hero Academia acknowledging that paying back our past mistakes doesn’t end the moment we recognize them. It’s a subtle point that complicates the idea of “character arcs” being discreet things - our actions always have wide repercussions, and growing up is a process of continuously recommitting to being your best self. 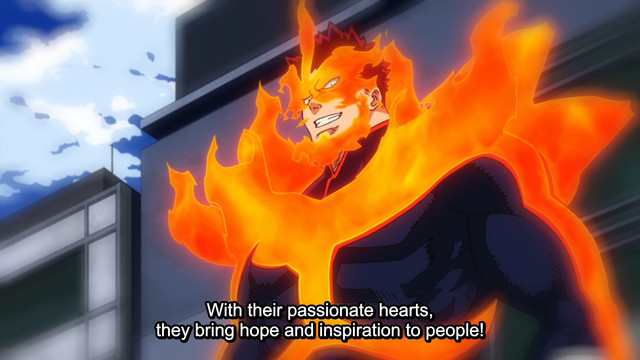 Beyond its implications for Todoroki’s own journey, his failure here also reflects one of this arc and My Hero Academia’s most central themes -- the fact that heroes cannot just inspire through strength, they must be genuinely inspirational. Heroes don’t just save the day; they inspire others to action, and embody a spirit of positivity and charisma that makes everyone feel safer and stronger, even when they’re not around. That’s in part why Eraserhead earlier emphasized the importance of Deku and Bakugo just existing in their class. Merely by being present and shining in their own ways, 1-A’s greatest talents raise the bar for everyone, inspiring greatness in all those around them.

And on the negative side, that’s why Deku was immediately reprimanded for failing to “save people with a smile.” Heroes need to inspire optimism and confidence, and with All Might having retired, the world’s overall sense of optimism likely couldn’t be lower. Even as Deku and his friends fight to become pro heroes, their educators and professional mentors perform a desperate search for a “new All Might,” knowing no single hero can truly fill those shoes. Their reluctance to embrace Endeavor as a symbol has nothing to do with his physical strength -- it’s the fact that he utterly fails as a source of hope. Endeavor is not an inspiring presence; he is fearsome and selfish and cold, and his persona can genuinely poison the faith of young people like Yaorashi. 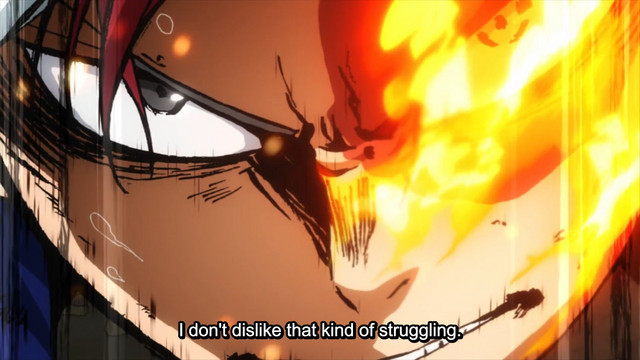 Which swings us back around to Todoroki himself. If Todoroki wishes to surpass his father, he must do it not just by embodying physical strength, but through being the inspiring presence his father never could be. Todoroki must be as warm and encouraging as he is clever and powerful, exemplifying the trust he’s gained and friends he’s earned through his very presence. Todoroki has come a long way, and overcome many personal hurdles along his journey. But to ascend to the next level, Todoroki will have to both accept his past and pursue a greater self, becoming someone who can convince others their own hurdles aren’t so insurmountable either.