Sengoku Wild West: The Art and Action of Sword of the Stranger 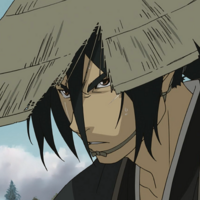 To be an anime fan in the days of online streaming can sometimes feel like being a “ronin” - a masterless samurai cast adrift in the world. But finding something new to watch doesn't have to be as heavy as hewing to a code of honor. Sometimes all you need is a little extra info to steer you in the direction of a title you might like.

Let “Cruising the Crunchy-Catalog” be your kindhearted daimyo in this overly martial metaphor. Each week we provide additional information and cultural context for a title in Crunchyroll's online library, in order to help itinerant anime fans settle on films and series that suit their needs. 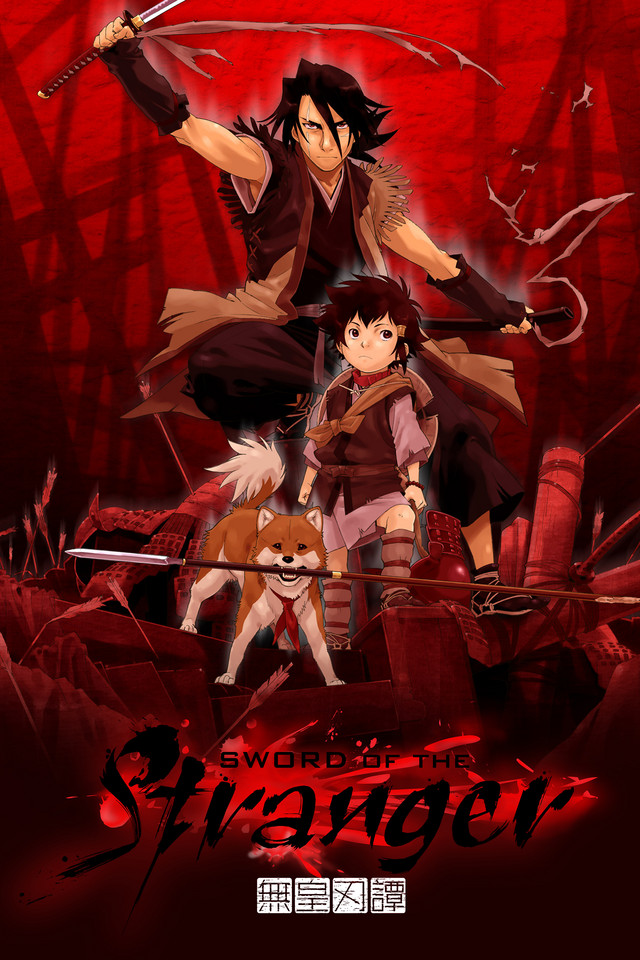 What's Sword of the Stranger? 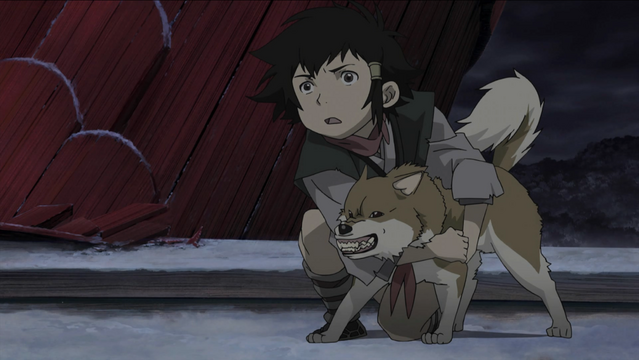 Pursued by formidable Chinese assassins, young Kotaro and his dog run into No Name, a mysterious stranger who gets pulled into the chase. The unlikely companions form a bond over saving the dog from a poison attack, but chaos erupts when the assassins find Kotaro, and No Name must face his past before a horrible fate is met again. 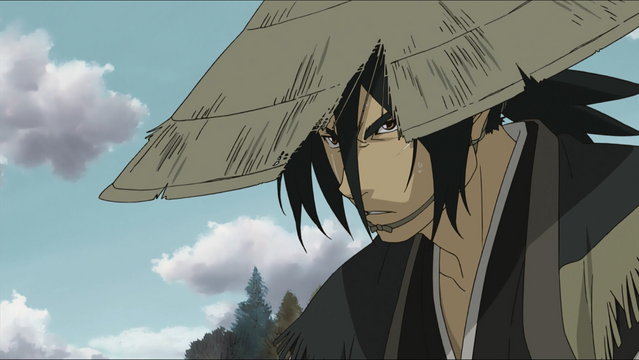 Sword of the Stranger is both a “jidaigeki” (“period drama”) film and a “chanbara” (“clashing swords”) film. It features large-than-life characters in a lawless time period and a story in which solitary individuals are beset from all sides by violence, tyranny, and exclusion. 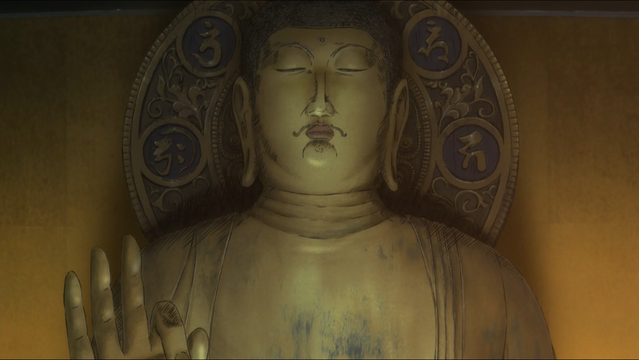 Sword of the Stranger is a film that leans heavily on the technique of visual storytelling, creating a narrative that is much richer and deeper than it initially appears. For example, in Sword of the Stranger, the turbulent weather reflects the main characters' troubled states of mind, while the cleansing snow at the film's conclusion is a metaphor for No Name achieving inner peace despite the sins of his past.

An abandoned temple features a decapitated wooden Buddha, while a rich and well-tended temple features a golden Buddha that seems distant and aloof, implying that the gods are absent or unconcerned with the deeds of human beings. Viewers with an eye for such details are in for a treat, and even if you're not big on symbolism, the film also includes a ton of heart-pounding action sequences. 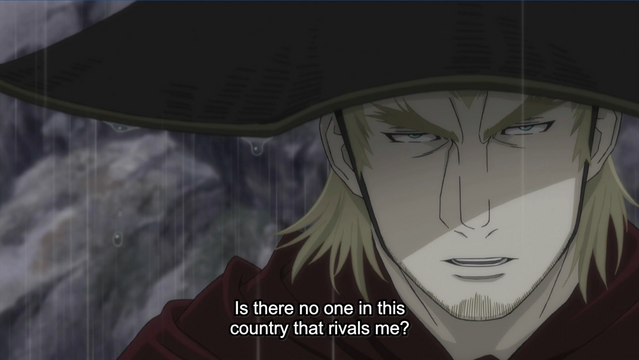 Sword of the Stranger also employs the technique of parallel storytelling in its plot. Sometimes this technique takes the form of a literal juxtaposition, such as when the first life-and-death duel between No Name and Luo-Lang mirrors a fisherman struggling to catch an extremely stubborn fish, but other parallels are more metaphorical.

The title of “stranger” could apply equally to any of the three main characters: Kotaro is a Japanese orphan who was raised in China, and without a family to look after him he is displaced from society. No Name also lacks a family, and his flaming red hair marks him as an outsider among the Japanese. And Luo-Lang, with his blonde hair, blue eyes, and seemingly super-human fighting skills, is an oddity among his adopted brethren of Chinese assassins. 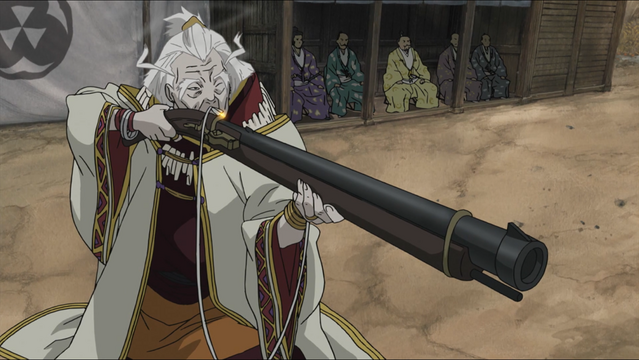 With its graphic violence and moral ambiguity, Sword of the Stranger closely resembles the Revisionist Westerns of the 1960's and 1970's. While those films applied a cynical view to the history of the American Wild West, Sword of the Stranger does something similar with the samurai stories of the Sengoku Period. It's probably no coincidence that No Name (“Nanashi” in Japanese), the wandering ronin of Sword of the Stranger, shares many of the same qualities as “The Man with No Name”, the cowboy drifter from Sergio Leone's Dollars Trilogy. 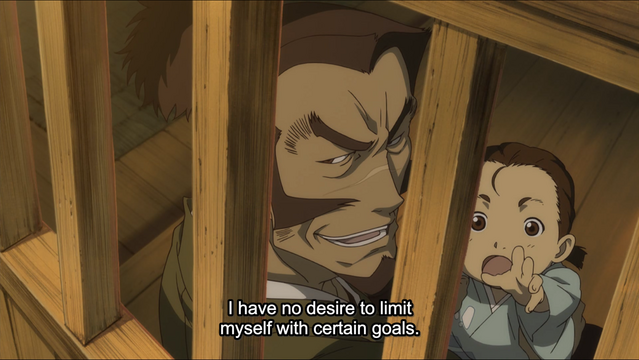 Thanks to the partnership with Funimation, Crunchyroll currently streams Sword of the Stranger in the United States, Canada, Puerto Rico, the US Virgin Islands, American Samoa, Guam, the Northern Mariana Islands, and the United States Minor Outlying Islands. The film is available in the original Japanese language with English subtitles. Sword of the Stranger is also available on Bluray & DVD in North America from Funimation, and this home video version includes an English language dub. 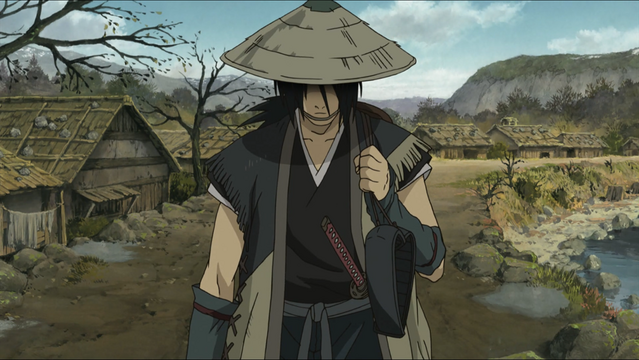 Traversing an emotional landscape of deep cynicism and arriving at a message of redemption and hope, Sword of the Stranger is both a kick-ass action movie and an emotionally resonant work of art. If you're in the mood for the samurai equivalent of a Revisionist Western, and if the movie is available in your area, then please consider giving Sword of the Stranger a try. 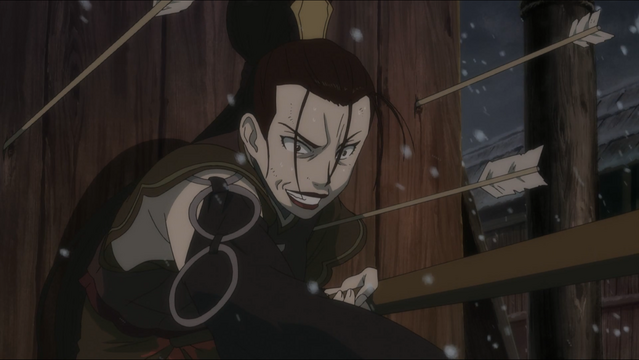