JoJo’s Bizarre Adventure is famous for its unique poses, so here’s how to do some of the most iconic poses! 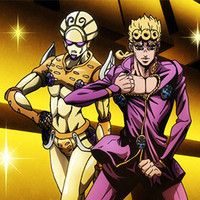 JoJo’s Bizarre Adventure is full of aesthetic hallmarks that make it a unique and standout series, and one of those are the poses that characters take! It seems like every character has a unique way of posing and presenting themselves to the audience, helping to make their character and personality unique amongst the various characters and Stands throughout the series. JoJo poses are one of the most famous hallmarks of the series, even attracting fans to hold posing workshops at conventions and making any cosplay gathering into a workout! We’ll be taking a look at some of the most acclaimed examples in a kind of artistic exhibit and examination; when we’re done, you might even be able to strike a dashing pose yourself, but make sure you stretch first, as some of these are pretty taxing to pull off! Which character's classic pose are you going to strike? Gather up your pals and get ready for a JoJo pose-off!

As with most things, it’s best to start at the beginning, which brings us to Jonathan Joestar! Jonathan may not have the flashy abilities of his descendants or even the longest chapter of the story, but his iconic pose really set the tone for later sections of JoJo’s. Jonathan’s famous pose in the anime is that of his arms in motion; his legs are closed, crossed over one another, with his left arm held at a right angle facing downward, palm facing back, while the right arm is held parallel to the chest. Although we don’t have the Hamon ability to move our limbs fast enough to create afterimages, you can pretend they’re there as you strike this classic pose! 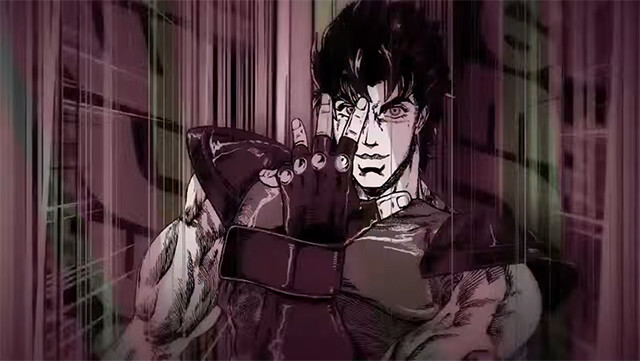 Jonathan’s other classic pose involves him standing with his legs wide, left arm behind him with palm upturned, and his right arm in front of his face, opened. Of many of the JoJo poses to be referenced in other works, Jonathan’s is one of the most classic choices! 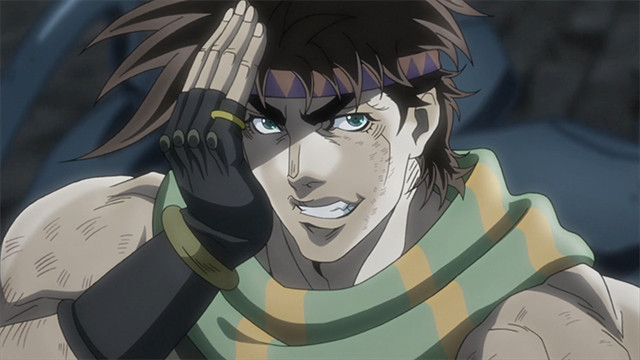 If you’re looking to up your smugness level, Joseph’s last classic pose involves putting your left hand to the side of your face and cracking the widest, smuggest grin you can possibly conceive. Just be prepared if your opponents aren’t particularly happy with this pose!

Of course, when you think of Part 2, it may be impossible not to think of the dual pose struck by Joseph and Caesar! This iconic dual pose represents the heroes in their united front against the forces of the pillar men, but also speaks to the bonds of friendship, rivalry, and shared goals between the two. If you’d like to create this one, the person posing as Joseph will need to turn their body to the left, raise their right leg, pull their left arm up across their body, and put their right arm backwards away from them, while the person posing as Caesar will need to face forward, right arm straight and fist clenched with their left arm raised in front of their face, palm open and facing backwards, similar to Jonathan’s famous pose. If done correctly, the two of you might make vibrant colors and sparkles explode from your surroundings!

Part 3 brings us Jotaro Kujo with one of the most famous and aggressive pose. If you want to do your best Jotaro, it’s going to require you to stand your body in profile, extend your left arm and point with extreme purpose; however, the best Jotaro pose is also going to require that level of smug aggression that Jotaro possesses, which might be harder to do than the pose itself!

If you’re looking to express yourself in frustration, there’s probably no better way than Jotaro’s classic hat tug; pull down the brim of your cap, hold onto it with your thumb, and give your most intimidating stare and give your best “Good grief”!

Of course, Part 3 is filled with tons of classic moments and poses, but there’s maybe none so powerful than the gang’s group profile as they prepare to embark on their journey to defeat Dio. If you want to recreate this one, you’ll need three other determined friends; after that, make sure you all plant your feet firm, turn yourselves in the same direction facing leftward, and make your best, determined glare!

If you’re feeling particularly flexible and limber, you can always try Polnareff’s line of extreme poses, but we would probably suggest making sure you’re limbered up and capable of bending in odd ways; also, don’t try his famous ‘Bravo’ pose unless you’re going to land on something really soft afterwards!

Part 4’s cast take stylish to a bit of an extreme, marking a beginning of a shift in the aesthetics of JoJo overall, and that’s the most obvious when examining Josuke’s famous poses. Josuke’s initial pose is quite a cocksure and angular one to pull off, requiring good hip placement and flexibility! If you’d like to pull off the classic Josuke, you’ll need to push your chest out and angle away from your hips, stick your hips out in the opposite direction, place your right hand at a parallel 90 degree angle with your hand flat on your hip, and your left arm pulled back with fist tucked under your chin. This is a pretty difficult pose to pull off and stay in correctly for a good amount of time, so try it out a few times and see what you can come up with!

If you’d like to be a bit more vogue, Josuke’s other iconic stance involves replicating the Vogue dance pose to some degree! With your body facing forward, place your right arm parallel to your chin with your arm and palm flat, facing the palm down, and your left arm raised angularly to cover the top of your head with your palm facing out and hand spread wide open.

If you want to go for a simpler Josuke look, simply stand firm, face forward, and cross your arms tightly in an X motion. Just don’t be surprised if people think you’re “Rising Up” for some World Warrior action or mimicking a certain superhero’s homeland salute…!

So far, however, we’ve only looked at the good side of posing, but to be honest when we said JoJo poses, you probably thought of someone else: Dio! The villains of JoJo are just as skilled at posing as the heroes, and there’s no one quite as good at striking various fabulous poses than the evil vampire himself.

But before we talk about him, let’s talk about a few other notable villains first. The Pillar Men of Part 2 are an endearingly odd collection of villains, and they made their impression on audiences with their classic entrance and accompanying poses! If you’d like to try recreating them (with or without the skimpy outfits, your call!), you’ll need two other friends to help complete the set. First, the person posing as Esidisi will need to turn their back, cock his hips to the side, place their left hand on their hip and their right hand on their shoulder at a straight angle, and tilt their head to look backwards. Then, the person posing as Wamuu will need to show off some core strength by crouching down, with their left knee on the floor, right knee raised up, left hand on their left thigh and their right arm extended and placed on the ground firmly away from themselves. Finally, the person posing as Kars will need to place their back against something and squat, showing off some more core strength as they fold their left arm across his right while glancing towards the “camera”, Stone Mask in their right hand optional, of course! 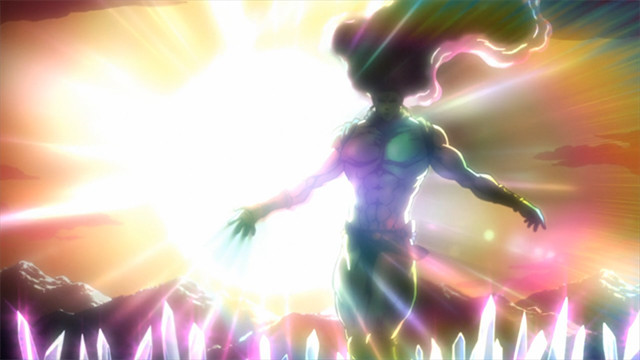 If you’d like to recreate Kars’ pose as the Ultimate Lifeform, then all you’ll need to do is stand forward with your back to the rising sun, put your left arm out, let your hair flow in the billowing wind, lift your loincloth a bit, and give off your most intimidating stare ever. Ok, maybe this pose is pretty difficult, but he IS the Ultimate Lifeform after all, so we’ll give this one a pass!

If you want to create your best Dio impressions, then you’ve got quite a few poses to choose from. Our personal favorites are the famous over the shoulder look and the WRYYYYYYYY pose! Both of them fit Dio’s ferocious but stylish nature. If you’d like to do the over the shoulder pose, step forward deeply with your right leg and put your left leg straight behind you, bent slightly at the knee. Then, cross your left arm across your chest and place your left hand gripping your shoulder, with your right hand resting across the inner part of your right thigh; this is heightened even more if you take advantage of any nearby steps or ledges to help you get the angle and pose right!

If you’d like to go for the unleashed fury of Dio, then the WRYYYYYY pose is a good choice: place your legs at a wide, shoulder length or more distance, bend deeply, lean your chest back, open your arms away from your body and let your vampiric fury cry fly! Just be sure not to fall over while doing so, as this one can be hard to balance with!

Part 4’s Kira Yoshikage may want to lead a quiet life, his stand’s pose is pretty extravagant! If you’d like to recreate it, you’ll need to plant your right leg ahead of you, slightly bent, with your left leg behind you in a lunging pattern. From there, place your right arm directly downward at a right angle and left arm up and away from you in a right angle, while still throwing up the horns. This combination pose is quite the bomb, you might say…!

Finally, while Part 5 just got under way, we’ve already got a stylish Giorno look for you to pull off, but you might need some help from your Golden Wind to make it happen! Standing with your legs wide apart, place one arm around the waist of your Golden Wind and the other straight down besides it while your Stand adopts an angular pose, with their right arm cocked outward at an angle and their left arm resting on their hip, both with enough space to allow your arms to pass through the gaps.

If you’d like to try another Giorno pose, his classic one involves spreading your legs a bit, placing your right hand on your hip, and your left one tugging at your chest at an angle (heart shaped open top not required). You can of course recruit Golden Wind into the mix too if you’d like, having them stand behind you, legs crossed with the right in front of the left, with their left hand on their hip.

As Golden Wind rolls on, we’re sure to see many more memorable poses and scenes pop up, but don’t let that stop you from practicing your Giorno poses now! Remember, JoJo poses are totally possible, just make sure to stretch a bit beforehand, and don’t be surprised if doing all of them gives you a bit of a workout!

Have a favorite JoJo pose we didn’t mention? Want to show off your best JoJo pose imitations? Let us know in the comments!