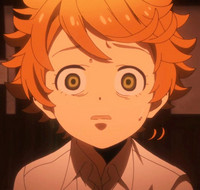 When you think of anime scenes with high quality animation, the first moments that might come to mind would be any time Deku uses One For All in My Hero Academia, Genos' training scene in One Punch Man, or the occassional gorgeous fight scenes in Dragon Ball Super. The thing that each of these examples have in common are that they're all action-oriented. Their top-notch sequences of animation are often reserved for intense fight scenes where two or more characters punch the living hell out of each other.

It's not often that you'll see incredibly detailed animation on anything other than an action scene. That's what makes certain scenes in 2019's The Promised Neverland so unique. Without featuring typical shonen action, The Promised Neverland manages to deliver raw and compelling scenes of sheer terror using impeccably animated sequences. 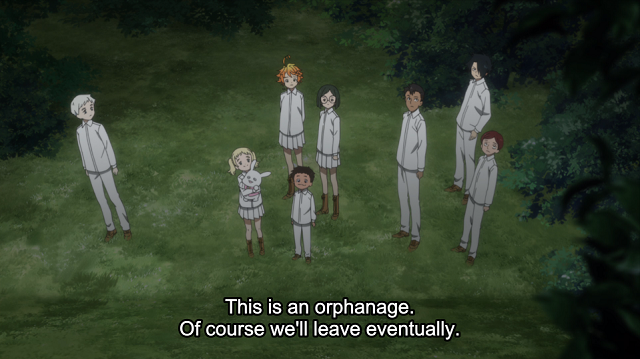 In the enclosed orphanage of Grace Field House, 38 orphans live happily under the caring and watchful eye of their appointed "Mother," and hope to one day be adopted into a loving family. But the truth of the orphanage is brought to light when two of the smartest children, Emma and Norman, stumble upon its dark secret. On their way to return a precious stuffed animal to their recently-adopted friend, they discover that the children aren't going to new homes at all, but instead become the main dish for ghoulish demonic creatures. Emma and Norman soon become determined to outwit the adults and escape the human farm with all of their siblings in a thrilling tale of suspense, intrigue, and betrayal.

From the very first episode, we bore witness to some striking animation that helped lay the groundwork for the ever-present dread that the show provides. Emma and Norman got their first glimpse of the house's true nature as a human farm when they discovered the corpse of their friend. Their facial expressions displayed subtle nuances and gestures that added an alarming level of depth to the fear that filled their hearts.

As they overheard the conversation of two demons and the meal plan they had for their friend, the fluid animation continued. As Emma and Norman were petrified by the monsters, they moved and shifted with an uncomfortable amount of detail that truly allowed their terror to stagnate. Even the movements of the demons themselves, as they lurked around and their seedy eyes shifted around in search of children to eat, were unsettlingly faceted and conveyed a sense of horror that oozed over the audience.

The animation in this revelatory scene had a unique effect that the show's tone benefits from. Up until now, higher quality animation was typically reserved for pulse-pounding action scenes that hyped up its viewers and had them cheering for the hero to defeat their opponent. The Promised Neverland delivers that same well-animated, pulse-pounding thrill in such a different way.

With animation like this, we got a more intimate look at sheer terror striking the hearts of our protagonists. They weren't involved in a fight that determined the fate of the world or trying to land one final blow against the villain. These were just two innocent children, scared and confused at the horrible thing they'd uncovered. The quality of the scene served to deliver that dread in its entirety. Instead of generating excitement over a well-animated fight, the animation staff delivered meticulously detailed animation to convey one emotion: fear. And they pulled it off in terrifying fashion.

This isn't to say that the show is rife with superb animation, or that it's even necessary to begin with. The Promised Neverland is an exciting and scary anime all on its own. It simply went the extra mile and did what usually isn't done for anything other than action. The nuggets of better quality animation we've gotten since—namely Emma taking a well-deserved breather after faking her way through a conversation with her conniving caretaker in episode 2, or even Sister Krone prancing around as she devises a plan to outwit the orphans before their escape in episode 7—simply do a lot of favors in helping the show keep its natural charisma so palpable every week.

It'll be exciting to see what other twists and turns await the unfortunate children of Grace Field House, not to mention the kind of animation we can look forward to for some of those darker scenes.

Are you keeping up with The Promised Neverland? Are you too scared to watch with the lights off? Let us know with a comment!