This tasty dish doesn't show up often in anime, but it's SO GOOD! 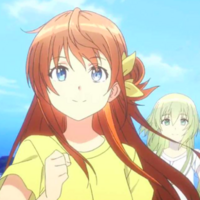 Cinderella Nine tells the age-old story of a girl whose mission it is to bring something new to her school. In a way, it reminds me of The Melancholy of Haruhi Suzumiya, because Tsubasa, the main character, simply won't take no for an answer and charms and coerces her fellow classmates to join her baseball team. I like this show because of how sweet the characters are—they're friendly and caring, and the show I think is ultimately going to be about self-discovery and giving yourself second chances. All in all, some really nice positive messages for anyone!

What is also great about the show is that one of the main character's brothers has a gyoza and chukadon restaurant, where he specializes in those two dishes. As thanks for including his younger sister, he offers up some of the girls a sampling of each of his specialties. Gyoza I've seen before, but chukadon was brand new, and I wondered what was so good about it that someone would want to specialize in making it. I knew "don" mean some kind of rice bowl, or a dish served over rice, but I was unfamiliar with the "Chuka" part. 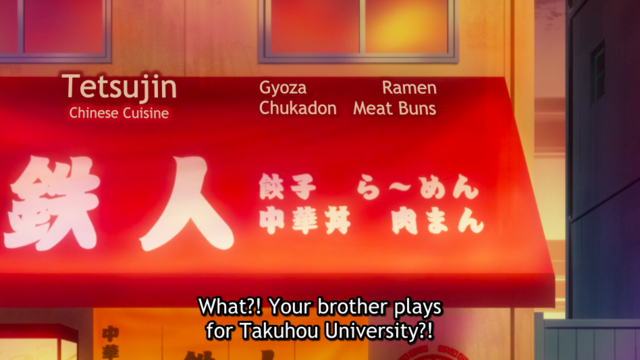 As it turns out, chukadon is a Japanese take on Chinese stir fry. If that sounds surprising to you, it's not actually as weird as you'd think—Japanese cuisine as we know it stems a lot from Chinese cuisine, and some famous Japanese dishes, like ramen, are stolen straight from China. This stir fry is light, but tasty, with a chicken based sauce that adds zing and depth to the fried pork and vegetables. Normally when I make stir fry dishes like this one, I like to make it last so I have leftovers. Unfortunately, this recipe was so good, we ate them all up by the second day! 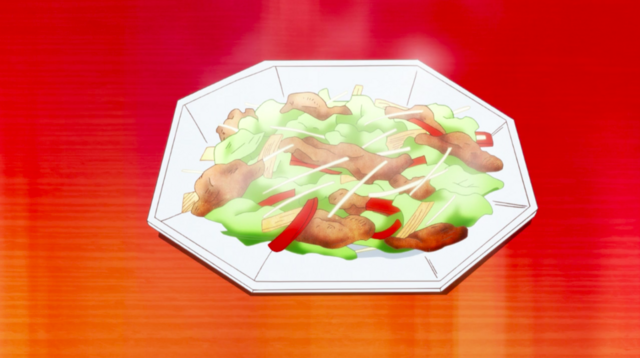 If you're looking to add something new to your weeknight rotation, let this dish be it; it's healthy, tasty, and you'll gobble it right up!

Watch the video below for step-by-step instructions!

1. Combine the stock, sake, soy sauce, and oyster sauce. Bring to a simmer. Reduce heat, and add in cornstarch slurry. Stir to combine, and bring back up to a simmer for a few minutes, or until slightly thickened. Remove from the heat and set aside.

2. Drizzle a good dose of sesame boil on the bottom of a pan. Heat to medium high, and then add in your pork, spreading over the bottom of the pan. Season with salt and pepper, and let cook until browned on one side. Flip over, and let brown on the other side, and then remove from the heat and set aside.

3. Add a little more oil if the pan seems dry, and then, maintaining a medium high heat, add in your bell pepper and bamboo shoots. Season with salt, and let cook a few minutes, or until browned on one side.

4. Add in garlic, and toss through to cook. Add in cabbage, and toss through. Pile bean sprouts on top, and put a lid on the pan. Steam about three minutes, or until cabbage is slightly wilted.

5. Take lid off, stir your stir fry, and then add the pork back in. Add as much of the stir fry sauce as you'd like, and toss to coat. Bring to a simmer for a minute or two, and then remove from the heat. Serve with rice!