Netflix is apparently making one, and I have some requests.... 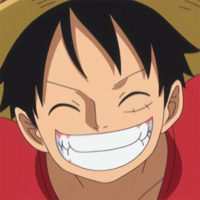 In July 2017, it was announced that Tomorrow Studios was planning to produce a live action One Piece series. Then, in March 2019, a synopsis for an American adaptation of One Piece was found on Netflix (though it was later removed.) This led to a reaction of equal parts excitement and anxiety: "Yay, more One Piece!" and "Ehhhh, maybe not like this." Live action American adaptations of anime have gotten, to put it extremely gently, a mixed response. We haven't really nailed down the formula for making them consistently good yet, so by leaping ahead to adapt One Piece, it's kind of like we made a sandwich out of rotten ham and some old tires and now we think that we're ready to open our own restaurant.

But I have hope. I really want One Piece to be good, and it usually is! So I'm not gonna stick my fingers in my ears and "LA LA LA I CAN'T HEAR YOU" to the sounds of Hollywood trying desperately to figure out what a Luffy is. Instead, I'm gonna offer advice of sorts. In translating the manga/anime to a live action format, there are a few major things that need to be worked out, and one of the most important ones is....

1) Luffy's Stretching Powers Have To Look The Best In History 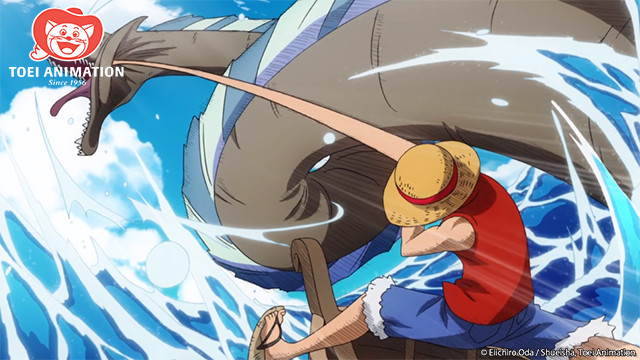 We can create such true-to-life looking video games that you'd swear the latest Call of Duty was a documentary. We can create borderline photorealistic special effects that, for a few hours, turn our superhero epics into living, breathing worlds. But for some reason, we can't create a man's stretching powers in a way that doesn't look A) Awful, or B) Absolutely horrifying. And if you haven't noticed, stretching is like 90% of what the main character of One Piece does when he's not eating.

I mean, we've nailed it down in horror movies. Films like The Thing prove that we're totally able to stretch a dude out as long as we're gonna eventually turn him into a hideous monster. But look at any Fantastic Four film, whether it's the two from the mid 2000s or the 2015 reboot, and get ready for a buffet of awkward transitions between an actor and his CGI rubber-ness.  If One Piece is able to smooth this process out, it will frankly be a special effects miracle. Even if the show is terrible, it will be lauded for finally being able to make a man extending his limbs look adequate.

2) It Needs A Diverse Cast 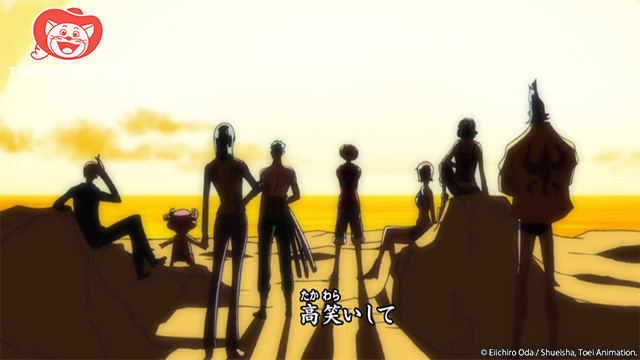 There's no reason that a show about a strong, goofy dude that sails around the world making friends and has no second job shouldn't have the most diverse cast, like, ever. It would honestly feel weird if it didn't. But while most people would probably be pretty cool with this, there's always a subsection of people that say things like "NO. THAT WOULDN'T BE ACCURATE TO THE MANGA AND IT WOULD RUIN EVERYTHING!" But even Eiichiro Oda, the creator of the whole thing, has listed out what countries the Straw Hat Crew most represent. So them being a diverse crew is pretty canon. 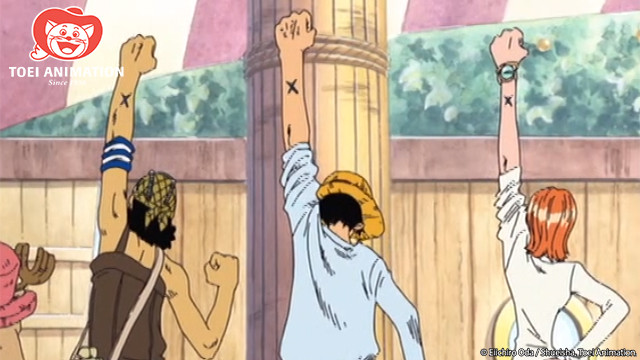 There's a certain rush that comes out of seeing something that you've loved in one medium displayed in another. When we saw all of the Avengers in a group shot in The Avengers, we went nuts because for decades, that image had only existed in comic books and cartoons. So I do expect the live action One Piece to try and replicate some of the story's bigger moments - the walk to Arlong Park, the raising of the hands to signify the relationship with Vivi, Caesar Clown's laugh. Ya know, the important stuff.

But do we need it all? No. The best adaptations in history have rarely been 1:1 with the source material. Look at Jurassic Park. Decent novel that would make for a terrible movie if adapted directly from the page to the screen. Steven Spielberg and David Koepp knew what to cut, and what to add, and the same needs to go for One Piece. As long as it holds true to the spirit of the story and doesn't stray too far from the backbone of the plot by doing crazy things like removing all the boats or making Sanji likable, I'm not sure I care if it does its own thing. Honestly, I'd be more interested in seeing it if it DID decide to go off the trail every once in a while. 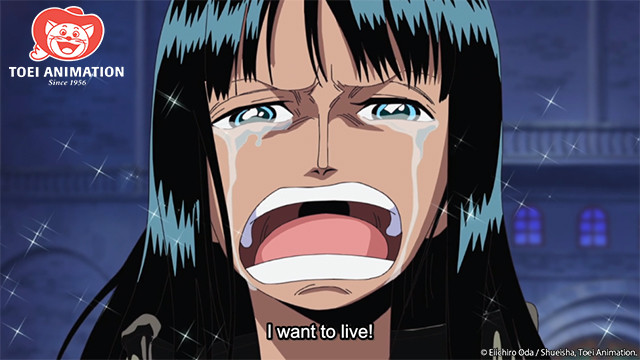 I just mentioned that it needs to embody the spirit of One Piece and by that, I mean it needs to have One Piece's heart. And One Piece's heart is more than just keeping all of the names the same and all of the islands in order. Beneath the gags and the punches, One Piece tells a story about adventure and about finding a family when the idea of that formerly seemed impossible. It does have dark moments, but it's not a cynical show. It's about good people helping good people, and as long as the Netflix adaptation adheres to that, it will be doing something very right.

5) Train The Actors And Actresses In Combat Classes 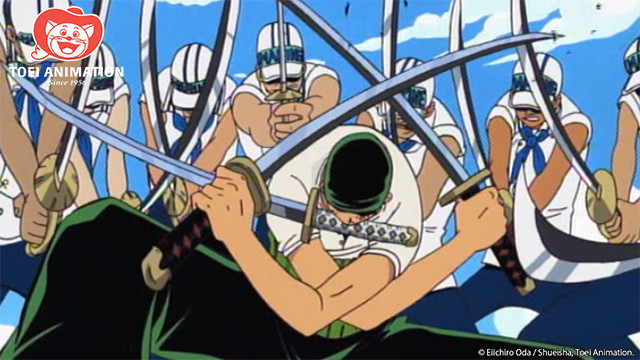 I don't mean that every performer needs to learn MMA (though that would be rad). I mean that every main actor needs to be able to have a convincing brawl. And this is mostly for budget reasons. The amount of powers in the One Piece world means that A LOT of money is gonna be spent on effectively showing off everyone's lasers. In the TV streaming world, where they don't have Marvel/Disney money to throw behind every episode, they're gonna need to balance this out with human moments and with the cast getting in more realistic fights.

And I don't think that's a bad thing. First of all, I've always wanted to see Nico Robin throw down. She's an assassin. She should be breaking necks left and right, both with her powers and without. But also, guys like Zoro are practically made for well choreographed battles. Remember all of the brutal fights in The Raid and movies like it? Now imagine that with your favorite sleepy, direction-less swordsman. See, I've already sold myself on this show.

6) The One Piece Must Remain A Mystery Until The End 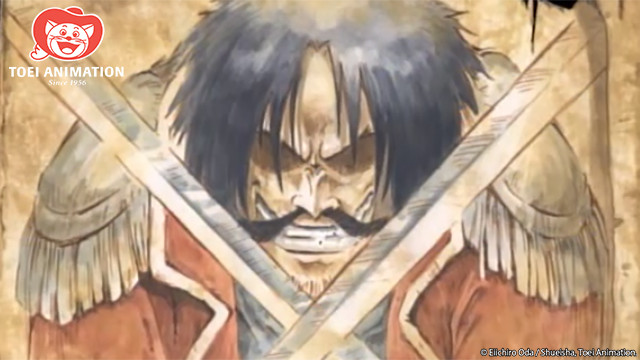 Ya ever watch Twin Peaks? It's pretty good and you should give it a chance if you haven't. Anyway, the show kind of lost its appeal when the mystery at the center of it got revealed. And that's honestly my biggest fear for a One Piece TV show: Some executive who thinks that manga is a type of hibachi sauce is gonna pressure them into giving away the secret of the One Piece too early. One Piece can't get Twin Peak'd.

What some don't get is that the best part of the mystery isn't the reveal. It's how well the journey is concocted. We don't think M. Night Shyamalan's Unbreakable is a great movie because at the end, it's revealed that Mr. Glass caused all the accidents. Any screenwriter could reveal that. We think it's great because the lead-up provides such a fascinating glimpse into how people would feel to find out that superheroes actually exist in the real world.

The best part of One Piece isn't us scrabbling over ourselves to figure out what it is. It's us falling in love with characters and enemies and locations and plot lines that are all based around the quest to find the One Piece. To quote Miley Cyrus, "It's the climb."

Anyway, until it comes out, you can always enjoy One Piece on Crunchyroll. Always. Until the end of time. Probably.

Are you excited for a live action One Piece series? What storylines would you most like to see adapted? Let us know in the comments!

Daniel Dockery is a writer for Crunchyroll and a huge One Piece fan. You can find him on Twitter.

Do you love writing? Do you love anime? If you have an idea for a features story, pitch it to Crunchyroll Features!
Tags
one piece, luffy, zoro, movie
« Previous Post
Bushiroad (Sort of) Reveals Two Units for New Schoolgirl DJ Series
Next Post »
The Return Draws Closer with Latest Final Fantasy VII Remake Trailer
Other Top News
17 Comments
Sort by: