Anime vs. Real Life: The Beautiful Setting of Sound of the Sky

Check out the real-world locations of Sound of the Sky! 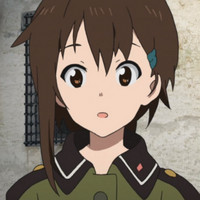 The fortified city of Seize towers atop a steep spur encompassed between two deep river gorges, and is spiffed up by its seemingly floating houses and dozens of winding narrow streets, making Seize one of the most unique anime settings to date, even nine years after Sound of the Sky originally aired. Foreign settings are quite rare in anime after all, and the post-apocalyptic slice of life anime got the inspiration for its quaint rural guard town from the picturesque city of Cuenca, which is located roughly two hours away from Spain’s capital, Madrid. And since it’s not too often that my Anime vs. Real Life column gets to venture outside of Japan, I’m quite excited to share some neat Sound of the Sky comparison pictures from my latest trip to Spain for this installment.

In the anime, Seize is a small outpost in the outback of the nation of Helvetia, which is at war with the Holy Roman Empire. Fortunately, the war has not yet reached Seize, and so Kanata, the newest recruit of the 1121st Platoon, has some time to make herself acquainted with the sleepy town, which was meticulously modeled after the city of Cuenca. The anime gets most of its exceptionally lavish backgrounds from the city’s well-preserved, historic town center, which is perched atop a steep hill in the north-eastern part of Cuenca.

It’s also here where Cuenca’s most notable landmarks can be found, such as the iconic hanging houses, which overlook the spectacular gorges surrounding the city. This particular one is also one of the anime’s most stand-out locations (literally), as this is where Naomi, the glass shop owner, lives.

The 14th century house nowadays hosts spanish abstract art galleries, so you can probably imagine that the inside looked quite different from the anime.

Seeing how Kanata almost managed to fall off the house’s wooden balcony in the first episode; it was probably for the best that they were off limits during my visit.

You get the best view of the hanging houses from the bridge of Saint Paul. However, the more than 40m high planked bridge, which crosses the gorge of the Huecar River, is definitely not for the faint-hearted.

Klaus drops off Kanata at the ruins of the El Castillo when they first get to the town. The entrance gate is all that remains of the ancient arab fortress, which was constructed by the Moors in the 8th century.

Luckily for me, I have a very good friend in Madrid, who drove me all the way to Cuenca and explored the city with me, despite not being an anime watcher (yet!). Since I knew that the area is not all too big, I didn’t try to figure out all the locations beforehand like I usually do, but instead tried to find as many locations as possible on the go. This in turn also made it a lot more fun for my friend, who kept an active lookout for the locations I was looking for.

Otherwise I would’ve probably just wandered straight past this little tucked away fountain behind the Cuenca Cathedral.

Even though the historic center of Cuenca is fairly small, it’s still full of narrow labyrinthine streets, so it’s no wonder Kanata easily gets lost here.

While most of the show’s highly detailed backgrounds exactly mirrored their real-life counterparts, some slightly deviated from them. But it was still often possible to make out just where the inspiration for a specific background came from.

The Plaza Mayor is the central square of Cuenca, lined by colorful houses left and right, and is naturally bustling with restaurant and cafés. The building pillowed by the three roman arches is Cuenca’s town hall, which also marks the entrance to the plaza.

In the world of Sound of the Sky, the crucifix gets swapped out for a statue of one of the Fire Maides, whose legend plays a pivotal role for the story. Even though the anime is relatively heavy in religious imagery, it’s quite interesting that the show never made use of one of the city’s most prominent landmarks, the Cuenca Cathedral, which was the first gothic style Cathedral in all of Spain.

The crucifix is hidden in a narrow passageway on the east side of the city.

The cliff where Rio performed the Fire Maidens ritual is on the west side of Cuenca. Each day the townspeople in the anime splash water down the gorge, upon the remains of the headless demon, to keep it at bay. But to be perfectly honest, I didn’t see any gigantic dragon-like skeleton down there.

Cuenca got quite a big boost in japanese visitors when the anime started airing back in 2010, however, things seem to have slowed down since then. I was a bit disappointed that I didn’t find any traces of the Sound of the Sky anime left in the city (like old promotional posters or even some merchandise), but nevertheless, Cuenca was definitely worth the visit for a fan of the anime like myself.

Are there any other anime with real-life settings outside of Japan that you can think of? Let us know in the comments!