Fight Through Purgatory and Save Your Sister's Soul in CRYSTAR 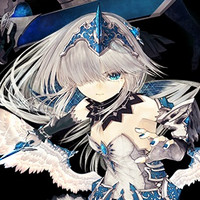 Emotions are—for better or for worse—at the center of any memorable RPG. Whether they elicit the joy we felt playing them for the first time as a child, the sadness of seeing our favorite character’s journey come to an end, or the anger from getting one-shotted by a frustrating boss fight, RPGs make us feel things strongly. So it was almost inevitable that someone would one day take those emotions and build an entire game around them, which is exactly what happened with CRYSTAR.

CRYSTAR is a new 3D action RPG developed by Gemdrops and FuRyu and published Spike Chunsoft for the PS4 and Steam. In it you play as Rei Hatada, a shut-in who wakes up one day to find that she and her younger sister Mirai have been dragged into Purgatory. When a roaming monster attacks the two, an uncontrollable force awakens within Rei that sends Mirai careening further into Purgatory. Wracked with guilt, Rei is approached by a pair of demons who make her an offer: hunt the monsters wreaking havoc in the afterlife and in exchange save Mirai’s soul from reincarnation. 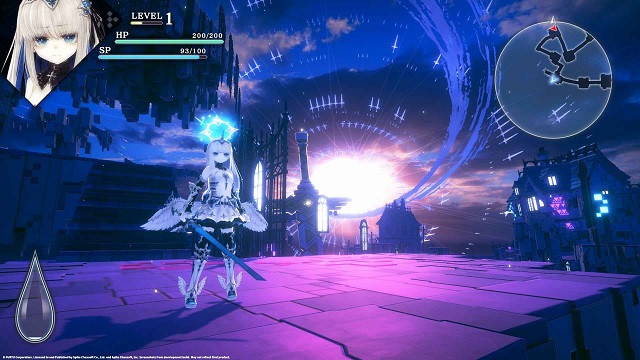 Guilt, sadness, and regret take center stage in CRYSTAR, best exemplified by the “unparalleled” crying system it touts. In dungeons a special tear gauge appears on screen that fills up automatically when giving or receiving damage. Players can also manually fill up the tear gauge by holding the left shoulder button, causing the player character to literally cry in place. Once the tear gauge has been filled, players can hit the left shoulder button again to summon a Guardian. Guardians are manifestations of the user’s soul that provide special benefits in combat.

Additionally, defeating certain powerful monsters causes the player to take on their Torments: regrets from when they were once alive. Once out of a dungeon and safely in Rei’s room, Rei can cry to purify these Torments and turn them into equippable materials. This unique crying system is certainly an interesting feature, but game-ifying the character’s emotions ultimately renders them trite and meaningless. What’s intended to be this powerful tool showcasing the character’s emotional state becomes just another mechanic to deal with. Purifying Torments for better equipment becomes a must before every mission, so players will undoubtedly find themselves skipping through every cutscene of Rei crying pretty early on in the game. The significance of seeing a character cry loses its impact once you’ve repeated the same handful of crying cutscenes ten times. 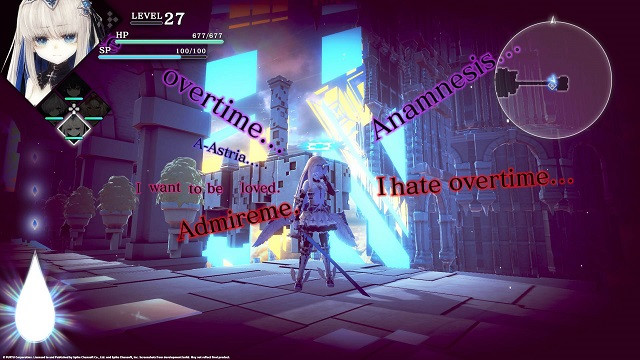 Unfortunately, CRYSTAR’s unique gameplay ideas begin and end with the crying system. It’s a by the numbers hack-and-slash dungeon crawler, and a pretty boring one at that. You have a light attack and a heavy attack that supposedly can be strung together to form combos, though the only actual combos available seem to be mashing light attack and mashing heavy attack. In the few dozen hours I spent with CRYSTAR I never found any actual use for the heavy attack combo. It’s slower than the light attack, has fewer hits, and while it does more damage, the overall damage per second ratio felt lower than the light attack’s. There’s also a very useful dash button for avoiding attacks and unlockable skills that can come in handy against more powerful enemies.

And you will come to need those skills because the enemies in CRYSTAR are all big damage sponges. An essential component of any good hack-and-slash is the ability to blow through large numbers of enemies quickly. CRYSTAR does not have that. Even against a wave of the weakest enemies in the game you will find yourself stopping in front of one enemy to mash out some light attacks, dash to another to mash out light attacks, dash to another and so on and so forth. 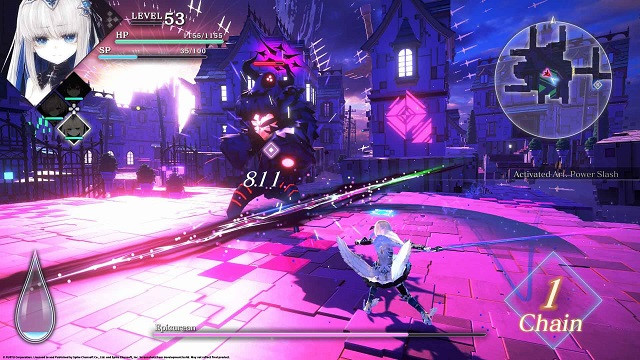 It’s frustratingly dull and repetitive, which isn’t helped at all by the environmental design. The dungeon layouts in CRYSTAR are all assembled from the same flat, blocky pieces and in such a fashion that it feels as though they were randomly generated rather than designed. Even when the levels change up the lighting and scenery you can’t help but feel like you’re just running across a different version of the first level. For what it’s worth, the graphics look quite good. The samey art direction just can’t quite keep up.

Luckily, the character designs hold up better than the levels do. The dialogue portraits are all beautifully illustrated and their models reflect their designs well. It’s clear that a good amount of time went into modeling their eyes because the result is quite beautiful. Of course, I do have my criticisms, such as the fact that a twenty-one year old college student in the game looks like a middle schooler. I also couldn’t help but feel like these designs were all ripped out of someone’s gothic anime rendition of Alice in Wonderland, but I’m also not going to pretend I wasn’t once totally into that sort of thing. 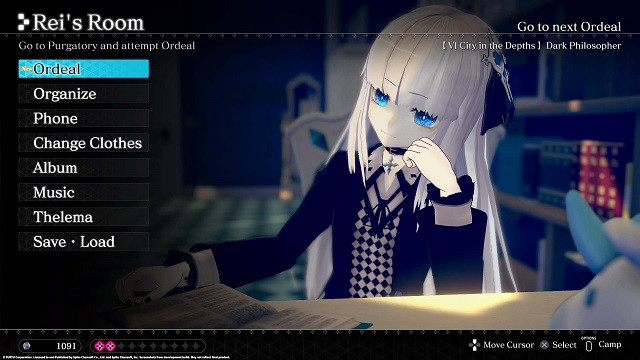 CRYSTAR features some artistic cameos that fans of SHAFT are sure to appreciate as they produced the opening video. It’s nowhere near the best the studio has to offer in the opening department, but it still has the look and polish of a SHAFT video. The game also features special illustrations by Hajime Ueda, the artist behind the FLCL manga and many Monogatari series ending credits. His talents are put to good use illustrating the painful memories motivating each of the game’s characters.

How well those characters hold up story-wise though is a bit of a letdown. The main characters in CRYSTAR all play out more like archetypes than they do believable individuals. They all have their main motivation (“Everything that I do is because of Justice…”) and one quirk (“...also I like ramen, I guess”). This only becomes a problem when the only adult in the main cast turns out to be a pervert who likes to get handsy with the rest of the schoolgirls she fights with. It’s played up for comedy, of course, but it’s a tired trope that isn’t and has never been funny. It’s extremely needless and an eyesore sticking out of what turned out to be a fairly satisfying story. 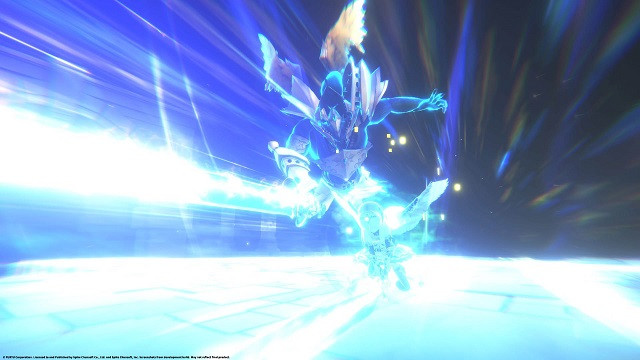 That’s right, despite the awkward quirks and flat character motivations, CRYSTAR ultimately ends up having a pretty decent story. It’s unfortunately difficult to talk about its best attributes without getting deep into spoiler territory, but there’s much more going on in CRYSTAR than would appear at first glance. Think Dante’s Inferno by way of Puella Magi Madoka Magica. Guilt, sadness, and regret are again the core emotions it attempts to elicit, and it does so by drowning its characters in these emotions and illustrating the different ways they can make or break them.

This unfortunately leads to it tackling some heavy subject matter in less than ideal ways. It predictably attempts to talk about suicide on multiple occassions and never really gets it right. It always feels as though it was included to elicit a strong emotional response rather than because someone had something intelligent to say. It’s there for shock value, which is something that can be said for the glossary of enemy backstories you get for defeating special enemies in the game. There are quite a lot of these backstories, which would be rather impressive if they weren’t so repetitive. 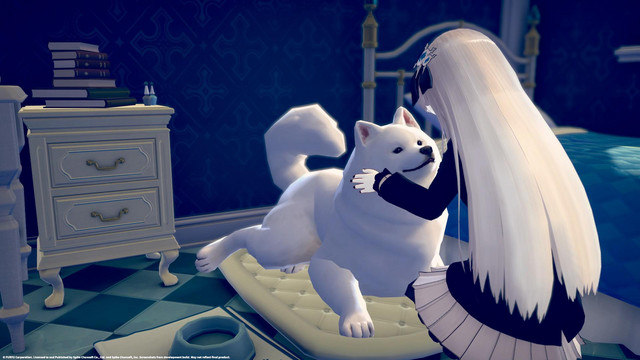 All of the backstories are tragic, and most of them end with them either committing suicide or being murdered by a serial killer. Sure, those are definitely deaths that can cause someone to be consumed by regret in the afterlife, but they’re also pretty extreme. Practically everyone feels lingering regret over extremely benign things. Fact: it is much more likely that an argument you had with your parents will keep you awake tonight than the fear of a serial killer will.

There’s one unifying factor holding all of these criticisms together: repetitiveness. As enjoyable as CRYSTAR’s story ultimately was, it was completely dragged down by the game’s repetitive nature. The worst offender is, of course, the gameplay. Mashing the same combo over and over again on spongey enemies is boring enough. It’s made even worse by the fact that there’s just so much of it. One full playthrough of this game will take you a good 30+ hours, and that’s without ever even dying. Story sequences are short and sandwiched between massive chunks of frustratingly dull gameplay. It’s a shame, really. There are some neat ideas and flashes of enjoyment to be found in CRYSTAR, but they’re few and far between it what ends up being a frustratingly broken mess. If the controls just felt looser, if the enemies just took a few less hits to die, if the dungeons were just a few levels shorted, then perhaps CRYSTAR would be worth your time and money.

Are you planning on playing CRYSTAR? Have you already gotten your hands on it? Let us know what you think about the game below!

-----
Danni Wilmoth is a Features writer for Crunchyroll and co-host of the video game podcast Indiecent. You can find more words from her on Twitter @NanamisEgg.
Do you love writing? Do you love anime? If you have an idea for a features story, pitch it to Crunchyroll Features!
Tags
crystar, review, gaming, games
« Previous Post
Star Ocean: First Departure R Takes Off Worldwide on December 5
Next Post »
Demon Slayer: Kimetsu no Yaiba Shrinks Down as Nitotan Toys
Other Top News
1 Comment
Sort by: