Kaido's Anime Reveal Is Different From The Manga (And That's Great) 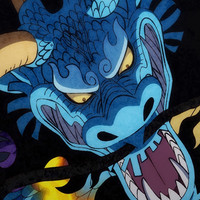 The sky rumbles and swirls into a storm. Everyone in the land of Wano is caught off guard, enraptured and terrified in equal measure. Huge claws begin to descend out of the clouds, soon followed by an immense, flaming dragon. Luffy is blown away and, in fact, the only person who seems to have maintained his composure is Mr. Maintaining His Composure himself, Trafalgar Law. Law then dispels any confusion by saying the two most feared words in the history of language itself: "That's Kaido." 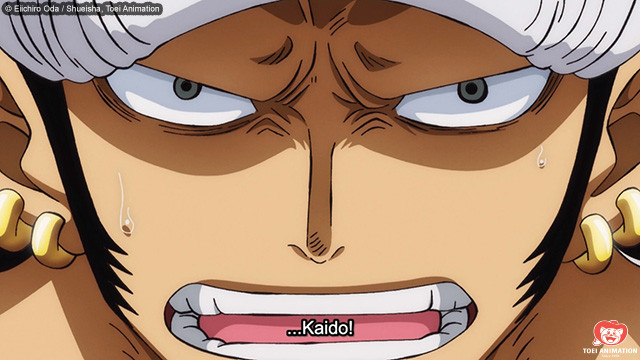 Wow, right? That comes at the end of Chapter 921 of the One Piece manga and is a heck of a reveal for the powers of one of the Emperors of the Sea. It's simultaneously scary and awe-inspiring and even though fan theories had run wild with the idea that Kaido was hiding some kind of mysterious ability, we never could've fully prepared ourselves for that. So Kaido, who is already invincible, ate a Devil Fruit that allows him to turn into a Godzilla-sized dragon that also happens to be on fire? GG, Straw Hats. Head back to East Blue where it's safe.

And then you have the adaptation of this event in Episode 912 on the One Piece anime. In this, Kaido doesn't just appear. In fact, you get to see his full transformation beforehand, complete with American Werewolf In London-esque extending of Kaido's, umm, snout. 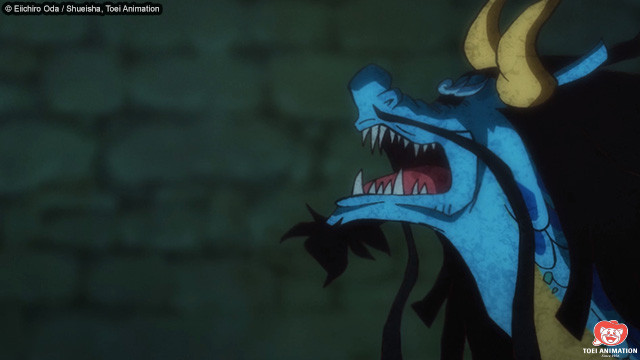 From then on, from the storm to the claws to the dragon, we already know "That's Kaido" when Law informs everyone that that is, indeed, Kaido. So it gives us the exact opposite reaction to the same big moment. And that can be a little weird because a lot of the power from the manga sequence comes from the fact that it displays Kaido in all his dragon glory when, for the most part, we've only seen him in his depressed, drunk glory. It's a shock and it throws the entire Wano arc into immediate chaos. You kind of expect Kaido to hang out in his big skull base camp, not coming out until his Final Boss Battle theme hits. But he's suddenly here, Kramer-ing through the panel.

But even though it's the opposite reaction, it doesn't make it a bad one in the slightest. In fact, to an extent, it reminds me of Alfred Hitchock's idea of "the bomb under the table." In the book, Hitchcock/Truffaut, Hitch participated in an elongated interview in 1962 with film critic/French New Wave director Francois Truffaut. And in it, he explained the idea that if a bomb suddenly goes off during a regular conversation, there is surprise. But if the audience knows that there's a bomb under the table beforehand, "this same innocuous conversation becomes fascinating because the public is participating in the secret." 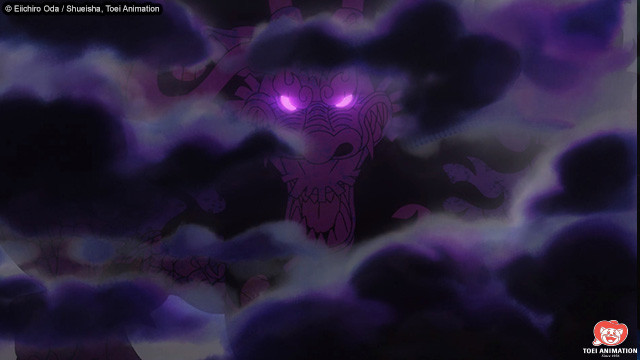 Now, I wouldn't exactly describe the manga's reveal of Dragon Kaido as anything suddenly going off. We know that Kaido exists, we know that he is super strong, and we know that he's a threat to anyone that faces him. The only thing that's sudden is the reveal of this particular Devil Fruit power. However, in the anime, the audience is in on it completely. We know about Dragon Kaido before he descends from the heavens, so we're just left in suspense on how it's going to resolve itself. When Luffy becomes a contestant on the game show "WHO'S. THAT. DRAGON?!?", we're all Law now. We can take a certain amount of glee from being in the know while the characters scramble to figure things out.

And while a lot of the joys of anime based on manga comes from seeing the source material pulled off onscreen, throwing a curveball like this every once in a while keeps things refreshing. Because as a manga reader and anime watcher, looking for as many 1:1 comparisons as possible seems like a really perfunctory approach to engaging with something that I love. Of course, this is just how I look at things, and seeing particularly good manga panels pulled off in an anime always gives me a jolt of happiness. But here, it allows for discussion that's more in-depth than just "Did the anime do a good job of adapting the manga?" 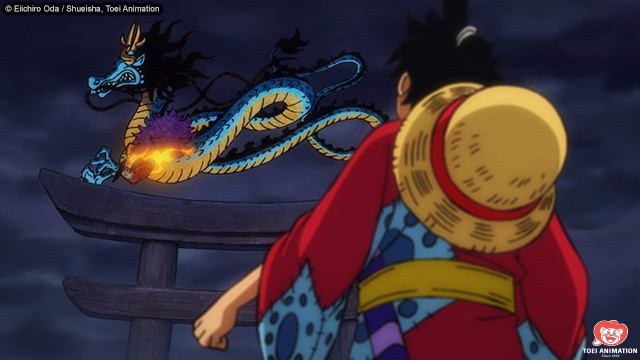 Here, we can look at both the set-up and the climaxes of the dual sequences. We can find out the particulars that we enjoy, and compare the merits of the journey and the destination. One Piece is such a rich story that it deserves a more layered evaluation than "One side didn't keep up its end of the deal." And by giving us a different reveal of Kaido's powers, it shows that the anime is willing to take risks, but even more importantly, that the anime can use its unique strengths as a medium to alter the road map of One Piece while still getting us to those classic moments.

What did you think of Kaido's reveal in the anime? Are you enjoying the Wano arc? Let us know in the comments!