After 8 Years, Madoka Makes Her Glorious Return to Anime

Magia Record's anime adaptation premiered at Anime NYC, and veterans of the franchise gave their thoughts 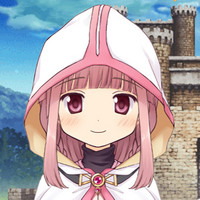 After years of waiting, fans of Puella Magi Madoka Magica are getting a new anime to enjoy, based on the franchise’s mobile game, Magia Record. For those not familiar with the game’s story: in Magia Record, you follow Iroha Tamaki and her friends as they fight Rumors in Kamihama city, “where Magical Girls can be saved.” Magia Record is not a continuation of Madoka Magica, or the Rebellion movie. Assuming that the anime follows the game's story, it takes place in a different timeline from the original series.

At Anime NYC, a Magia Record panel showed the first two episodes of the anime, as well as revealed some extra surprises for fans!

The first episode showcases that many of the original series' trademarks are still in place. Near fantasy-like cityscapes with unreasonably good looking school settings and a world that seems to change based on the current mood of the characters are both still in the new show.

An example of this takes place when Iroha and an anime-exclusive character are talking on a train about Kamihama city, where the vast majority of the game takes place, and the camera cuts between the conversation and the train's signs saying things like "whispering is silver, silence is golden." 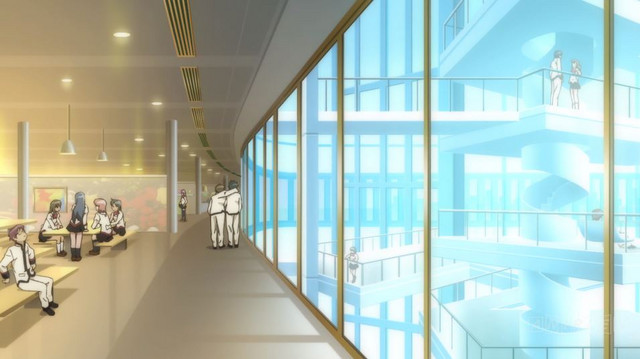 Episode 1 also expands greatly on Takarazaki, Iroha’s home city, which had a few referenced scenes that appear in the game, mostly to conversations between Iroha and her parents about normal life, such as Iroha trying to bake a cake or about them going overseas and leaving Iroha alone for a while.

Further showing the semi-fantastical world where the characters inhabit, Takarazaki appears to be intergrated into a forest, complete with train tracks above the trees, and the bus station having constellations etched into the glass. The imagery and sight of this mystical looking place makes the world in the series seem beautiful and slightly surreal, even before magic warps everything into a completely different art style, as we're used to seeing in Madoka Magica. 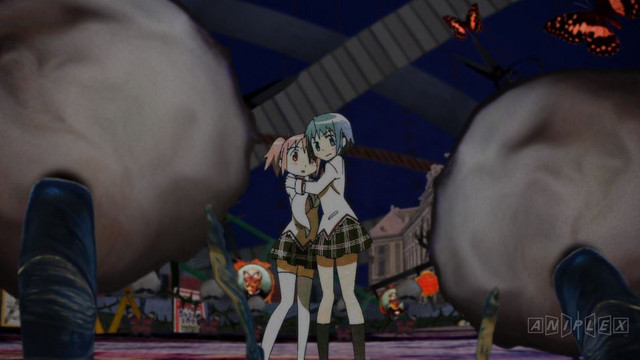 In the 2nd episode, attendees were treated to the plot of the show's first arc, and introduces several major characters, including the first full team of Magical Girls in the franchise (depending on how you count Rebellion). The anime adds in extra stylistic embellishments in cutaways that are visually pleasing, like when the team of girls are arguing and the camera cuts to a shot of their school bags, all with matching plush toys.

Also, the idea of "Uwasa" is introduced. But what exactly is "Uwasa?" They're Witch-like beings that are the main obstacle of the first several arcs of the game, and are based on rumors in Kamihama. They are called Uwasa because it is the Japanese word for rumor, which brings a new light to the process "getting rid" of rumors. 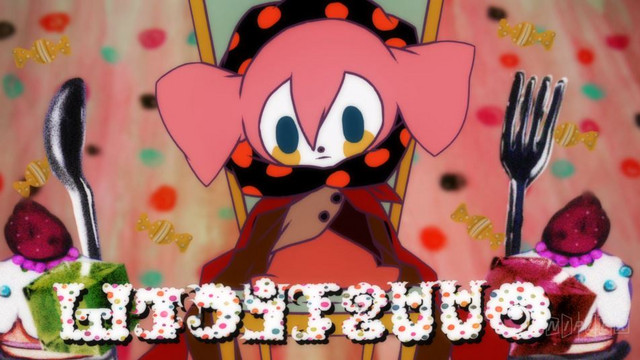 After the premiere, very special guests took the stage: Aoi Yuki, voice of Madoka Kaname, Mitsutoshi Kubota, producer of the Magia Record anime from Shaft, and Tatsuya Ishikawa, another of the show’s producers from Aniplex.

The panel started with each of them talking about what they had done around New York City since arriving. Yuki said that she had been scared that people were going to yell at her to “go home, country bumpkin,” but that all of the love from the fans had helped to melt away her fears. Meanwhile, Kubota said that he arrived two days prior, and had visited the Gugenheim, MOMA and Central Park, but that the most memorable moment so far was when he went to a Target. 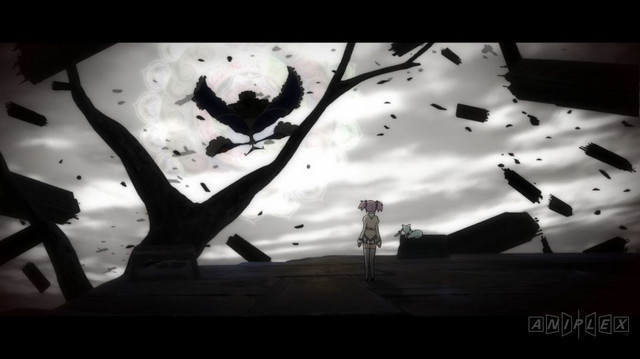 Yuki said that when Puella Magi Madoka Magica aired eight years ago, she was still a student, and “I feel that Madoka was the first time my name was known.” Kubota said that he had been working on Madoka for a very long time, that now he could see how much the international fans loved the franchise and that “to be able to continue a series after so long… I have no words.”

Later on, another panelist joined the table: Masaki Sato, a producer with f4Samurai, the company that developed the Magia Record game. He had several exciting surprises for the game to announce, including an upcoming Thanksgiving event, where players can choose one of two teams of two by voting online before Thanksgiving. But that's not all! Along with the event, there's going to be the first ever Magical Girl exclusive to the English release of the game, coming in 2020. 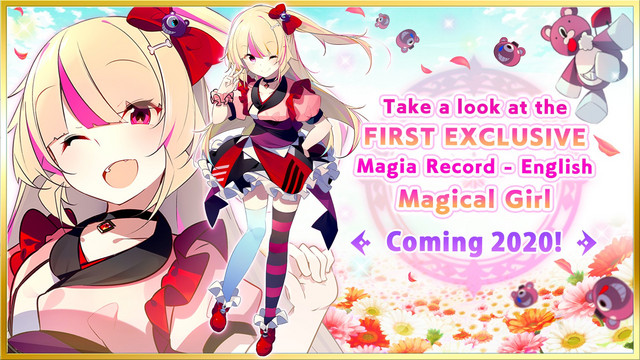 As the panel neared its conclusion, the panelists revealed another last minute surprise! Kubota said that since episode 3 was almost done that they could show some of it off as a treat to fans. The clip ended up showing more dynamic transformation sequences, the various Magical Girl teams of the first arcs of the story, and several characters seemingly in need of help as well as several new characters that fans aren't acquainted with.

It was then time for the guests to leave their closing thoughts. Yuki said that everyone's support made her fear melt away, and now she wanted to come back again. Kubota said that they were hoping to work really hard with the game to bring more to the international fans... And that he wanted to go to Target one more time before leaving! Sato concluded by simply saying "thank you so much for everything today." 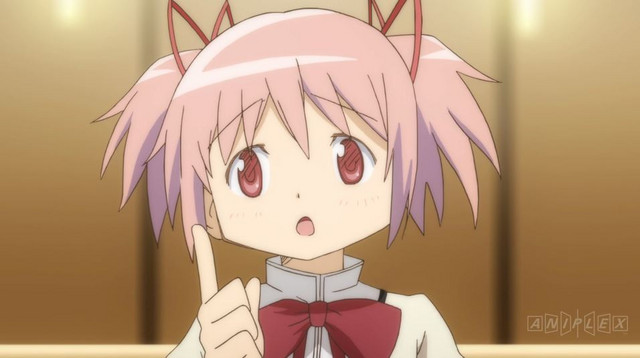 As the audience filed out of the room, each given a poster of Iroha and Madoka back to back in their Magical Girl forms, people seemed generally excited for the new show. As the panel's moderator pointed out, Madoka Magica first aired eight years ago. Since then, there have been several movies and various spin-off properties, but no new anime, until now. While the new show is not the direct continuation of the original that many people hoped for, it tells a completely different kind of story that, if the game is anything indication, will explore different aspects of the same universe. Personally, I'm interested in finally seeing how Magical Girl gang warfare plays out in full animation, instead of visual novel text screens.

For those who can't wait for the anime to start, you can get a preview of the story by getting Puella Magi Madoka Magica Side Story - Magia Record from the Google Play store or the App store.

What do you think about Magia Record getting an anime adaptation? Any character you're hoping will show up? Any Fate Weaves you're saving up Magia Stones for? Let us know in the comments below!