Midoriya's Trials of Being a Hero 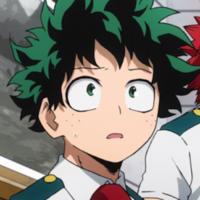 The world of heroes in My Hero Academia is broad and vast, and sometimes overwhelming. Since superheroes are the norm, they are closely integrated into the society itself. We see this world through Midoriya's eyes, a budding hero who will soon go on to grasp the title of the greatest. In the meantime, he's a positive and plucky student, wanting to do his absolute best by living up to the expectations of his idol. While Midoriya has a lot of heart and plenty of motivation, he slowly comes to realize that wanting to do the right thing isn't enough, that the world of heroes is quite complicated in its effort to do good. 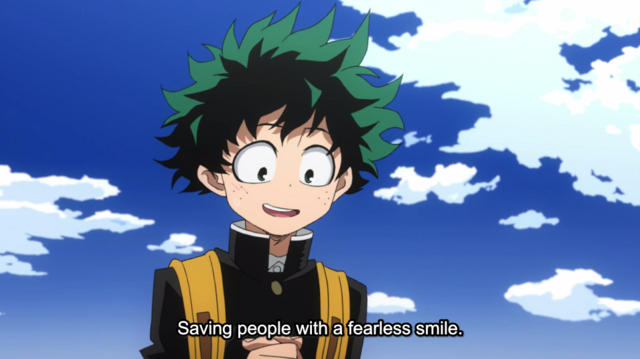 To start off, Midoriya has always been inherently kind. This is something that has persisted in him since he was young, from asking people if they’re alright to charging headlong into trouble. Having grown up without a quirk, Midoriya is aware of what life is like without one. Having a quirk not being part of his life means that he wasn’t able to have the same heroic aspirations as his peers with quirks did, and had to cultivate his dreams in private.

Still, that didn’t temper his desire to do good, and his desire to persevere no matter the consequences, is what sets him apart from those who would rather stand by. If someone needs help, then that's enough for him; it doesn't matter that he is powerless by comparison, he needs to do something. 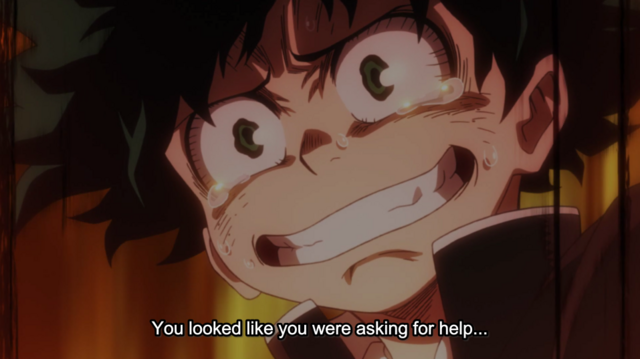 One of Midoriya’s biggest inspirations is All Might, the strongest hero. All Might is the Symbol of Peace for a good reason. His strength and unparalleled will has kept most major threats at bay. Most of all, he weighs his power with responsibility, and puts the wellbeing of the public before him. It isn’t about being flashy or catching the villain the fastest, but making sure that the innocent bystanders that are powerless on their own, those that are caught up in trouble, are safe. All Might is a hero for the people, a symbol not just of the hero’s triumph but also of assurance of safety. To this, Midoriya not only aims to inherit All Might’s power but the responsibility that comes with it. If he is to succeed All Might, then that means being the same, if not more, than his predecessor. At this point in time, Midoriya hasn’t yet made public that his quirk is also All Might’s, but he continues to put in the effort to hone it so that he lives up to that great shadow.

Midoriya's journey doesn't just extend to himself, but to his peers as well. Midoriya is a pretty personable kid, but he also isn't on a journey by himself. Being a hero isn't taking on the burden of the world by yourself, but knowing who to trust and how to cooperate with people. This is where Midoriya's heart comes to shine; his noticing other people's problems and trying his best to support them. Of course, not all good intentions bear fruit. While being a hero sometimes means being nosy, Midoriya's help will not solve issues that other people need to fix themselves. Midoriya learns that friends don’t always say when they need help, but extending that hand anyway is important. Sometimes, despite all good intentions, people don’t always respond well to help—they need the right person to give them aid. However, it's not really that Midoriya needs to singlehandedly solve his friends' issues, as much as it is that he is willing to support them. He is a reminder that people aren't really alone; that there are other people who can share that burden. 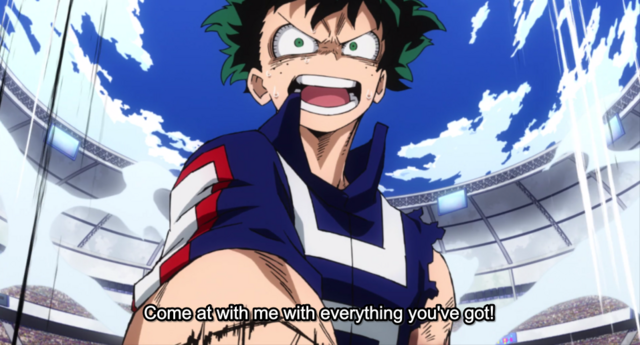 In encountering Eri with Mirio during one of their patrols, Midoriya is torn; fulfill his mission, or help the girl. As much as a hero will want to help out, they can’t help if they are turned down or rejected. That would be a violation of privacy, and they are, at the core, public servants. Heroes are not vigilantes that can do whatever they want, and they have codes of conduct to follow. Unfortunately, pretending like nothing was wrong ultimately was the best choice to make in the circumstances. Them casting suspicion on him would have put the Hassaikai back into hiding.

This is the reality of a large-scale operation, that sometimes no matter what you see, the time not being right means that you have to grit your teeth and bear it until the time comes. Yet Midoriya feels completely frustrated by the turn of events. He knows it was the right thing to do, but in his mind, he failed her. Leaving a person in danger, even if it's for the right reasons at the time, is failing at being a hero. It's only once the operation can commence is Midoriya able to rectify those feelings. 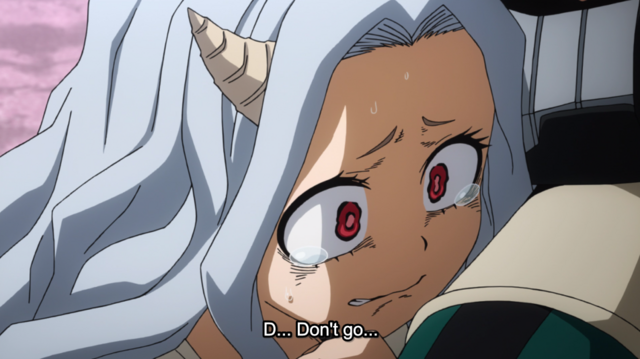 Like All Might, Midoriya believes that it isn’t enough to get the job done, but to also make sure that people’s safety is assured. The heart matters just as much as strength. Midoriya already has kindness in spades; he’s a gentle kid at heart. He isn’t particulatly interested in fame or glory, only in doing the right thing.

To that end, he is willing to put himself in harm's way, to take a stand when nobody else will. A hero does not idly stand by. A hero is meant to bring people safety and security, to make sure that they are safe from harm. It's to not turn away when an incident happens, to do whatever it takes to accomplish the right thing. 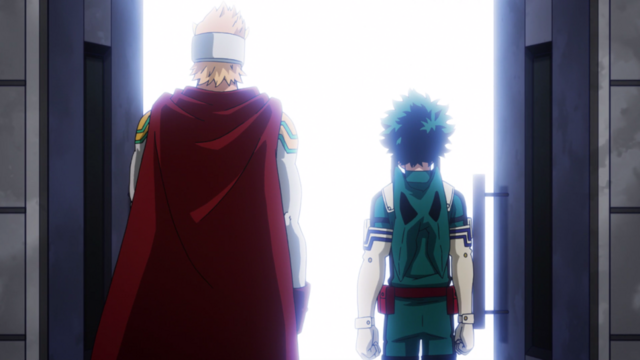 What do you think is the best part of being a hero? Or the toughest parts? Let us know in the comments!