The Anime Video Game Trend That We Deserve More Of 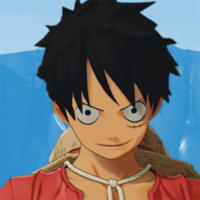 In the autumn of 2018, I did what every normal person did at that point in time and lost about a month of my life to Red Dead Redemption 2. I spent hours roaming through swamps and fields and forests and mountains and cities, and getting into gun fights whether I meant to start them or not. But whenever I had some down time, I'd sit by a fire or go fishing or cook food. And it was these moments that I often enjoyed the most, because after getting chased out of town due to accidentally bumping into someone with my horse AGAIN, I could collect my thoughts and realize that the game had more to offer than just Yee-haw and errant horse murder. It had some real quiet beauty.

Luckily, the creators of anime video games have realized something similar, which has made the last year of open world anime video games a real hoot. In One Piece World Seeker, you can collect recipes and different food items and Sanji will create lunch boxes for Luffy. This mostly amounts to you running through specific areas and finding tons of shrimp, but considering how much Luffy enjoys eating in the anime, I can't help but feel kinda fulfilled by it. I know I'm supposed to be beating the crap out of robots right now, but that lunch box sounds delicious. Sorry, island full of mistreated citizens. I'll save ya in a bit. 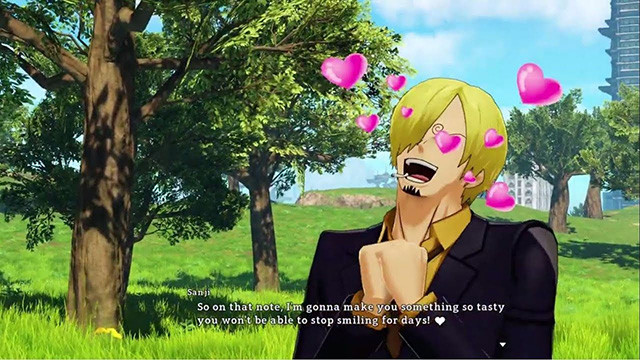 In Pokémon Sword and Shield, you could camp out with your 'mons and cook food for them! If you told me in 1999 that my favorite part of Pokémon in twenty years would be the Boy Scout Simulator, I would've laughed you right back into your time vortex, space wizard. That's all changed now, though. Pokémon has this amazing world with grand goals and huge stakes, but if I'd gotten to the Wild Area and Sonia had told me "Actually, you don't want to be the champion anymore. Your main goal should be dope curry and literally no second thing," I wouldn't have been that disappointed. 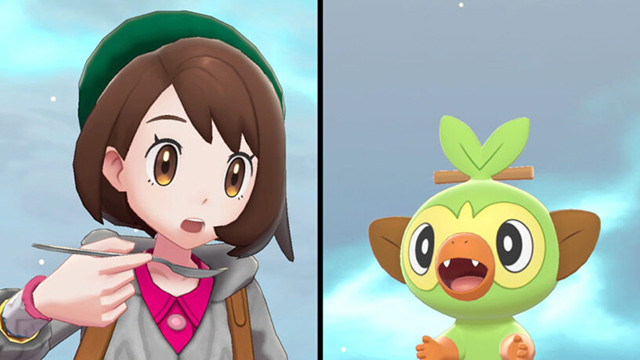 And now, in Dragon Ball Z: Kakarot, you can catch fish and cook and eat meat around a campfire. You get to relive all of these classic anime moments from what is perhaps the most famous anime series of all time, and I'm just clicking through all of whatever the heck Frieza has to say so that I can get back to Goku kicking gigantic fish until they're edible. It reminds me a bit of how free-spirited early Dragon Ball was, where before he was facing intergalactic warlords and defending Earth from androids, Goku was just a kid trying to catch and devour half of the local wildlife. 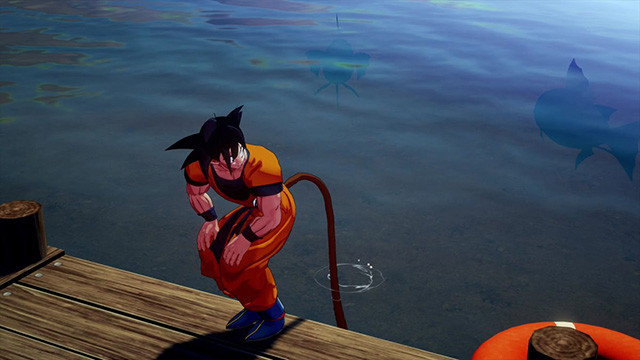 Anyway, I hope this has set a precedent for all open world anime video games to come. I want cut scenes of Naruto unrolling his sleeping bag and quick-time events where Asta has to try not to burn his steak. These super-powered heroes are often at their coolest when they're just trying to get a meal.

Have you played any of these anime games? What do you want to see more of in them? Let me know in the comments!