Or how I stopped worrying and learned to love another world 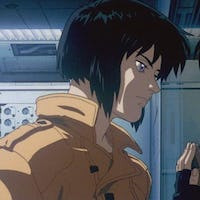 Cyberpunk and anime are conjoined twins, constantly feeding and growing off each other like the horrifying flesh monster that erupts from Tetsuo's body at the end of Akira. Whether you consider yourself a fan of this science-fiction genre or not, it’s hard to ignore the fact that blockbusters like Ghost in the Shell have influenced how people think of anime. However, much has changed since Ghost in the Shell’s 1995 cinematic debut and it’s time to ask—how far has cyberpunk anime come since then, and where does it go from here?

When it comes to cyberpunk as a genre, it’s important to discuss how to identify it and where it came from. While not the first instance of cyberpunk as we know it today, William Gibson’s 1985 science fiction novel Neuromancer can be considered among the best known. However, Gibson’s predecessors include authors Philip K. Dick, who published Do Androids Dream of Electric Sheep? in 1968. This novel, about a bounty hunter in post-apocalyptic San Francisco hunting down rogue androids, was famously adapted into the 1982 film Blade Runner, directed by Ridley Scott. With Blade Runner’s glossy and electric vision of a future city, the aesthetics and images associated with cyberpunk quickly gained mainstream popularity. The glamorous technologically advanced city, robots, and neon suddenly became immediate staples of the genre. 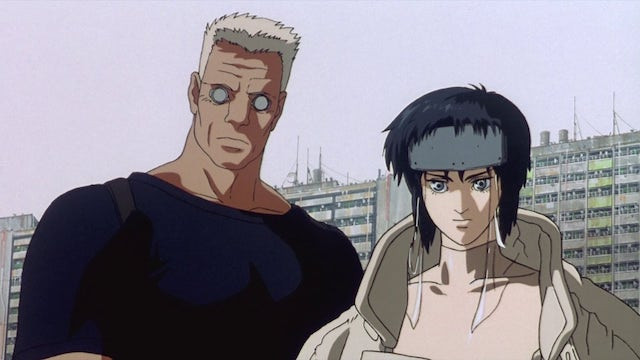 Batou and Major Motoko Kusanagi from Ghost in the Shell

But cyberpunk is more than just cool looking skylines. The tenants of cyberpunk are sourced from philosophy, evil mega corporations, and a healthy dose of skepticism. Cyberpunk stories, for the most part, are rarely optimistic and rarely about the ruling class. 1997 role-playing game Final Fantasy VII is a classic example of a hybrid cyberpunk story about tackling corrupt corporations with a fantastical and futuristic backdrop. Games and anime aren’t often far apart and the progression of cyberpunk narratives and aesthetics became even more apparent in a post-Blade Runner society. However, after the turn of the millennium and increased access to personal computers and the Internet, cyberpunk as we knew it quickly began to change.

Enter the 2000s and the introduction of the role-playing, multi-media .hack// franchise. Spanning various novels, manga, and many anime adaptations, the .hack// series is set in a world where players plug into a virtual reality MMORPG and unwillingly get tasked with tackling secret corporate conspiracies and mysterious player deaths. Anime adaptations such as 2002's .hack//SIGN explore the psychological aspects of characters and has a slow, meditative pace compared a fasted-paced fantasy series. Like all good cyberpunk, it takes its time world-building. While not a direct comparison to beloved cyberpunk classics like Serial Experiments Lain or Bubblegum Crisis, the .hack// series was our first taste of a whole new, unassuming breed of cyberpunk—the science-fiction isekai story.

Cyberpunk anime isn’t always gritty and dark. In fact, it can look just like real life if we pay close enough attention. The isekai genre, while still its own beast, largely inherits many of the aspects of classic cyberpunk anime. Isekai, or “a different world,” shares a lot with cyberpunk when we consider its obvious love for MMORPGs, games, and virtual reality. 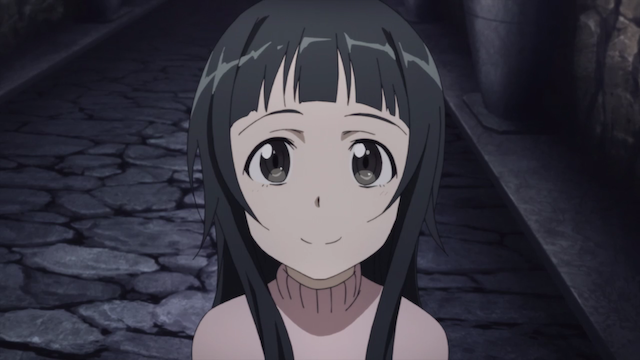 A typical isekai involves the protagonist being transported into a new magical world, parallel universe, or more recently, video game. These worlds, whether they be a fantasy setting or an ultra-advanced city, have exceptional world-building and lore behind them. While massively popular series such as Sword Art Online and Log Horizon first brought attention to the isekai genre in itself, like cyberpunk, the building-blocks of the isekai trope have always existed.

Some examples of isekai anime include classics like Digimon Adventure, Fushigi Yugi, and even Inuyasha. Although the label of isekai is recent, the basic idea can still be applied to classics—normal people get whisked away into a fantastical world, where they must re-learn the fundamentals of life and the logic of their new reality. But what about this so-called “cyberpunk” isekai genre?

From one perspective, characters being transported to MMORPGs might just seem like a convenient plot device. However isekai, whether intentionally or not, make the case that we're closer to our cyberpunk fantasies of the past than ever before. If the internet was new, scary, and exciting in the mid-90s, what do we think of it now in 2020? Classics like Ghost in the Shell, with its emphasis on radical online subcultures intercepting the real world, are still in many ways incredibly relevant. However, the DNA of cyberpunk is alive and well in today’s isekai movement. Contemporary "cyberpunk isekai" series, such as No Game No Life and Bokurano (yes, really) draw heavily from cyberpunk’s depiction of advanced technology having drastically different impacts on human society. While the isekai series No Game No Life explores the power fantasy of being the best at a video game, the darker and dramatic Bokurano deconstructs the psychological reality of trying to be the “best” at a game. Plus, what are classics like Blade Runner if not overt power fantasies, anyways? 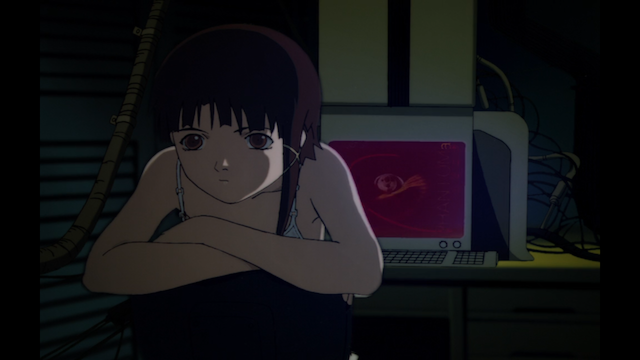 The cyberpunk of today isn’t so different from the cyberpunk of yesterday. Whether our desires to be transported into our favorite games or live in a hyper-advanced city are ever actualized, cyberpunk never shies from letting us either indulge in our wildest fantasies or witness their harsh realities. While starry-eyed about the unlimited potential of the future, cyberpunk has always been about the here and now and how we’re becoming increasingly intertwined with our wildest science-fiction dreams.

Fantasy and the Future

Although we already live in an age of constant Internet connection, digital facial recognition, drones, and advanced AI, cyberpunk is more popular than ever before. While today’s cyberpunk might not look like Blade Runner, Ghost in the Shell, or 1995’s epic film Hackers, the essence and spirit of the genre lives on in some of today’s most successful anime. Because, at the end of the day, cyberpunk isn’t just about cool hacking montages, excessive computer caves, or androids. It’s about people and how we grow closer—or maybe even further from eachother because of technology. Anime like Time of Eve prove that even a story about domestic androids living among us can captivate without the flashiness of an epic electric city. As our relationship with technology evolves, so does how we perceive the future and what future tech might do for us. Ironically, even VR and augmented reality games, the very same technology considered too difficult years ago, is increasingly commonplace. 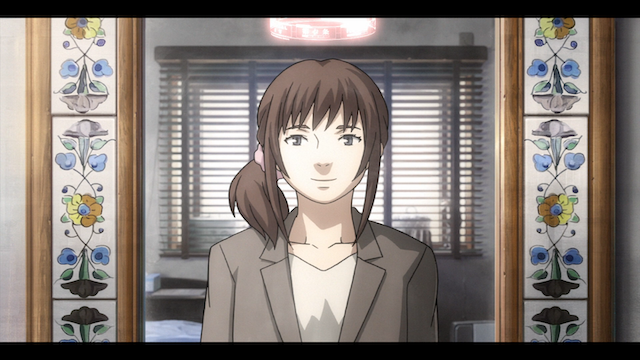 Sammy looks at herself in the mirror from Time of Eve

Maybe the brave new cyberpunk future involves getting transported into your favorite gacha mobile game. Or attending this year’s Hatsune Miku Coachella concert in VR. How about a deeply psychological Kizuna Ai noir-drama? Maybe we’ll finally get our own version of The World sooner rather than later. Who knows! While nostalgia for the gritty cyberpunk classics is strong, today’s anime is living up to their legacy in exciting new ways we could’ve never imagined.