Didn't think Boruto would go there, but it did 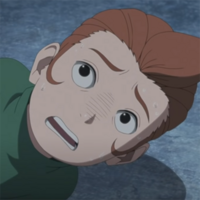 SPOILER WARNING FOR THE LATEST BORUTO

The Naruto franchise has always flirted with the horror genre, ever since Gaara was suffocating dudes with his sand powers and Orochimaru was being a weird snake bro. The series gleefully accepts the fact that if magical ninja powers are available, some people are gonna use them to be straight up slasher movie villains. And this is great, because I love horror movies. My favorite film is the original Texas Chain Saw Massacre. The first fan fiction I ever wrote was a sequel to Halloween Resurrection (The one where Busta Rhymes spinkicks Michael Myers.) I spent my first Kindergarten show & tell acting out the fight in King Kong where the giant ape rips the Tyrannosaur's jaws open. My class was not amused.

So yeah, I'm always on the lookout for anime series to dip their toes in spooky and the latest Boruto did not disappoint. In it, little Tento has been kidnapped by Yamaoka and the Mujina Bandits. Then, Yamaoka reveals himself to be Shojoji, leader of the Mujina Bandits. And how did Shojoji disguise himself as Yamaoka? Well, he ate him. 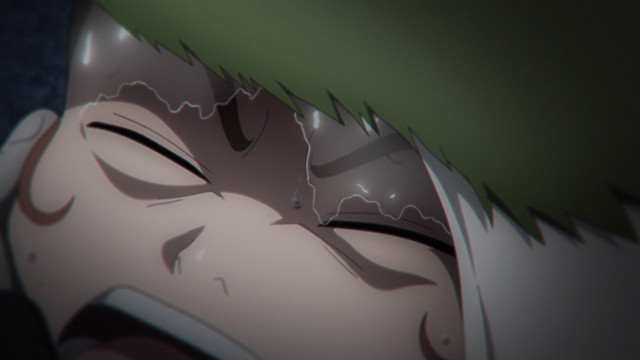 With his Corpse-Eating Jutsu, Shojoji is able to devour people (and people's brains) and gain their abilities, their appearance and their memories. This is obviously distressing for Tento, who cuts himself free (while Shojoji mocks him) and then tries to kill himself rather than be eaten for Shojoji's plot. With Tento being a child, it's all pretty troubling, even though Boruto has heard about what's going on and is on his way to make the rescue. And he arrives just in time because this is what he barges in on: 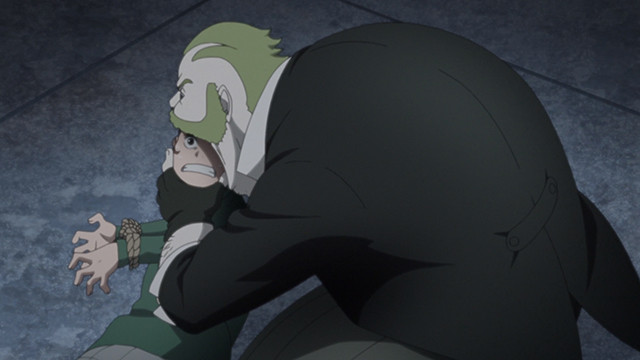 Everything about this scene is built up like a horror movie. You have Shojoji's constant derisive tone about Tento's frantic panicking. You have the close-ups on Tento as he's held down by Shojoji, his eyes wide with fear and helplessness. You see Shojoji's jaws open so wide that it nearly takes up the entire screen. And finally, before Boruto kicks Shojoji in the mouth, you have Tento's face in a mask of terror.

For a minute, it feels less like Boruto: Naruto Next Generations and more like Wes Craven's Ninja Stuff. And it's the kind of surprising thing that keeps me coming back to anime like Naruto, a series that does not get enough credit for how downright creepy it can be.