Main's earned the trust of one of her retainers, but how can she get closer to the others? 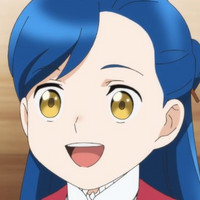 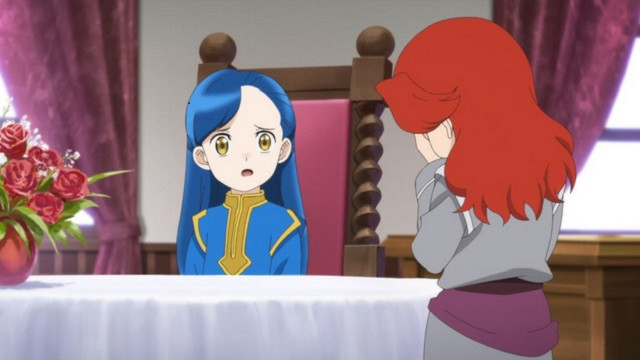 Welcome back to the weekly recap of Ascendance of a Bookworm. This week is covering Season 2 Episode 3 "Needs." If you’re joining for the first time, the previous Season 2 recaps of Honzuki no Gekokujo can be found here and here.

As we go into Episode 3, Main has begun to realize how she learned to act downtown with her family and friends doesn’t work in the cathedral, and that she needs to learn how to act like a noble if she wants to effectively communicate with her retainers. By the end of Episode 2, she had managed to improve her relationship with Fran, the retainer from the head priest. But that still leaves Delia — a self-proclaimed spy from the high priest — and Gil, the problem child.

The episode begins with Lutz escorting Main to the cathedral and meeting with Fran and Gil. Main previously being an ineffective master comes to a head as Gil outright grabs Main’s arm to get her to listen, causing her to fall and Lutz to attack him.

Main and Fran manage to diffuse the situation and Fran explains the idea of alms of the gods. Essentially, a retainer can only get food in one of two ways. Either they eat the leftovers after their master eats, or they get food from the orphanage. At the end of Episode 2, we saw that Gil is unable to get food from the orphanage due to now having a master, so he has not been eating anything and says to Main in no uncertain terms that he is starving to death because of her. 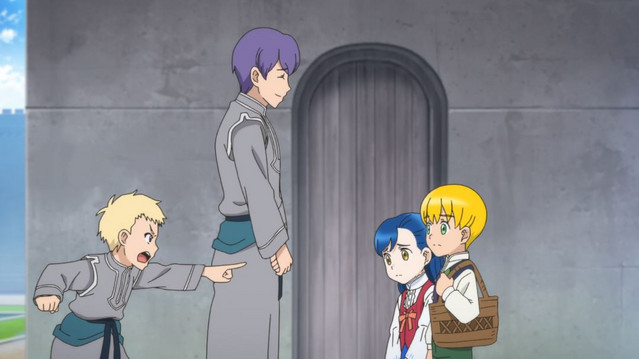 When the group of four goes to the head priest so Main can take care of some paperwork, the priest comments about how she’s not in her robes. She explains that it is due to previously being warned that if she walked to the cathedral in them she might be a kidnapping target ... and then she changes in front of everyone. The priest talks about how she shouldn’t change in public and after some discussion, a retainer recommends giving Main the orphanage director’s office as her quarters.

Main comes up with the idea of getting Gil to work with food as his compensation. She puts him in charge of cleaning the office — which everyone present seems to think is a bad idea — and in exchange, he can eat as much as he wants. Gil jumps on the opportunity, but as he explores the office he finds it’s caked in dust.

After a cut to allow time to pass, the rest of the group visits the office, finding the first floor still extremely dusty. Gil calls from offscreen that he hasn’t gotten down there yet. When everyone goes upstairs to Main’s room, they find it spotless. 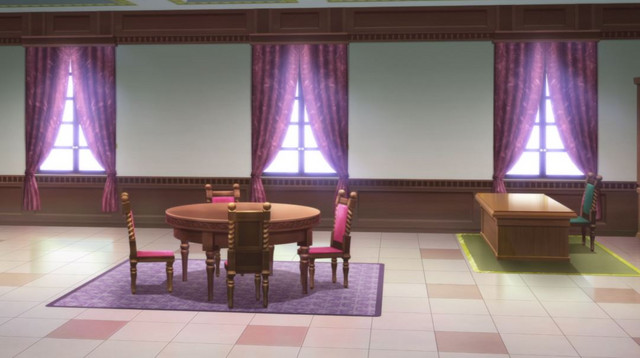 Main asks Gil to kneel, which he does, and pats him on the head, saying he’s done a good job. Internally, she realizes he’s a good person, he just needed someone to give him some encouragement and praise. 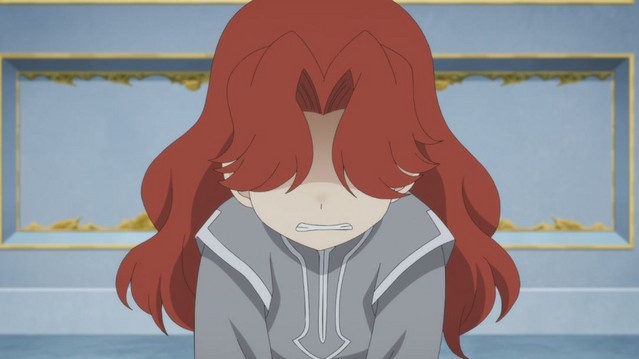 Back with the main group, Main takes the others to a market where Fran explains more about alms, which leads to Main ordering them to eat. Gil is overjoyed and starts going into the full thanking the gods running man pose, and Main tells him to keep the poses to the cathedral. Gil apologizes for calling her clueless before since outside of the cathedral he’s clearly the clueless one.

When Gil says he'll eat anything as long as it fills him up, Main asks if alms are really that bad. Gil responds by saying things have gotten worse since there are fewer blue robes to give alms and more grey robe retainers have been returning to the orphanage, so now there's less to go around. A previous plot point from Season 1 mentioned a decrease in both nobles and church funds.

Gil and Lutz then make up as Lutz says they're both clueless about each other, so Gil should call Main out whenever she’s doing something unreasonable. 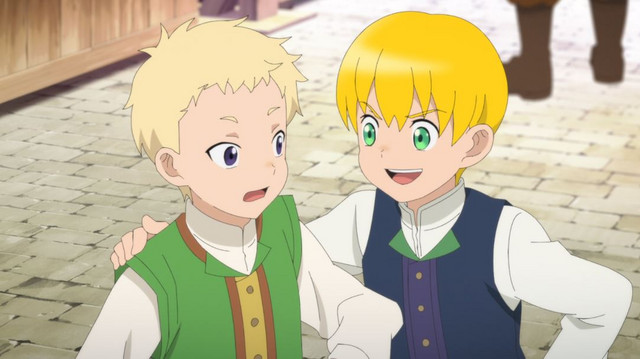 The episode transitions to focus on Benno and Main’s business prospects. Main’s office was designed for nobles, so they unexpectedly have access to an oven. Benno sends two cooks — Hugo and Ella — to make some of Main’s recipes for an Italian restaurant. Main wants their results to be used as alms for the orphanage.

As Benno and Main begin eating pizza, Main offers Fran a slice as alms. Delia storms up the stairs, blaming Main for the high priest thinking she’s incompetent. Fran adds that Delia was so brazen about being a spy that the high priest was probably disappointed in her and that they have had absolutely no issues in her absence.

When Benno recommends letting Delia go, she begins crying. Gil calls her out for faking it and recites that Main doesn’t have anything to give to those who don’t work — a phrase Main had used to get him to be productive. Delia immediately shifts and begins walking over to Benno, saying she can use her womanly charms to put Main’s guests at ease and Benno pushes her off his lap. 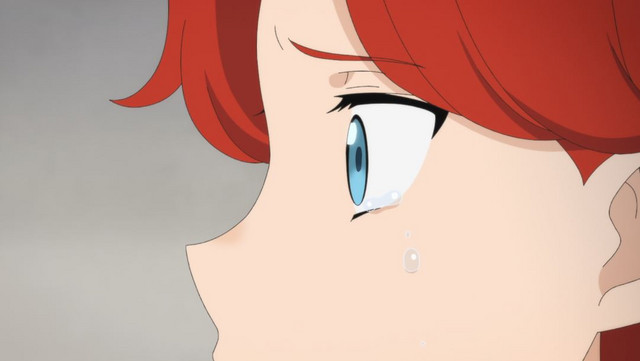 Delia seems genuinely distressed as Main realizes her job until now has been to smile and fawn over people, so she doesn’t have many other skills. Delia offers to clean, do laundry, maintain the office ... but everyone is silent. She breaks down crying on her knees, promising she’ll do her job, begging not to be thrown out, she can't go to the orphanage.

Main allows Delia to remain as one of her retainers and the next day Delia is helping Main change into her robes.

The episode ends with a long shot of a barred door, a plate on the in the room on the other side. 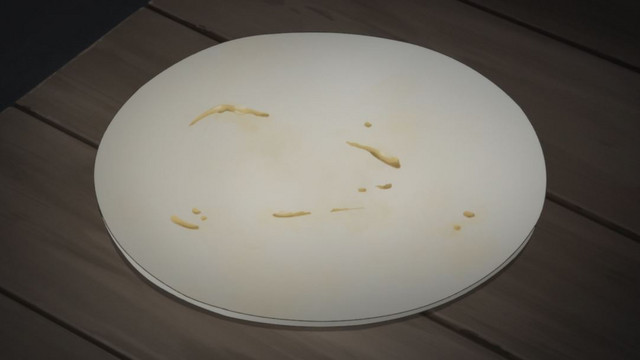 How are you liking Season 2 of Ascendance of a Bookworm? What did you think of Episode 3? Any idea why the ending shot was a plate? My best guess is that someone stole Main’s pizza recipe and will try to sell it, or something to that effect? Let us know in the comments below!