OK, seriously, what is going on here? 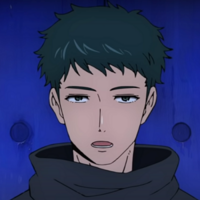 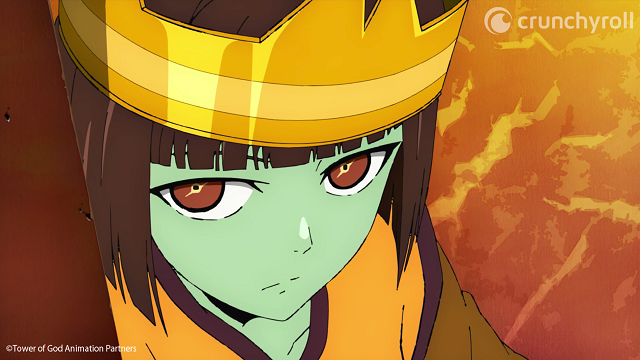 Things about to get absolutely WILD in today's episode of Tower of God! Check out the recap for a full explainer of all the twists and turns of Episode 4 "The Green April", along with reactions from the fans! As always, spoilers for Kami no Tou ahead.

Bam screams at Rachel as she and her allies stand silently ... only to realize this can't really be Rachel. He doesn't believe she would treat him this way.

Back in the Crown Game arena, Anak's team fights over who should wear the crown. Ship Leesoo understands he's the weakest of his group and thinks it should be him that is protected by his allies. Of course, it doesn't matter. If the wearer of the crown moves from the throne, their group will lose automatically. Anak will get to keep her place ... for now.

Before the next group can enter, Hatsu gives Ship a pep talk. During the team's argument over the throne the truth came out, Ship never believed he was a great fighter. Hatsu tells Ship he believed in him — it's only natural to trust your teammates. This excites Ship, putting him back in the mood to fight. 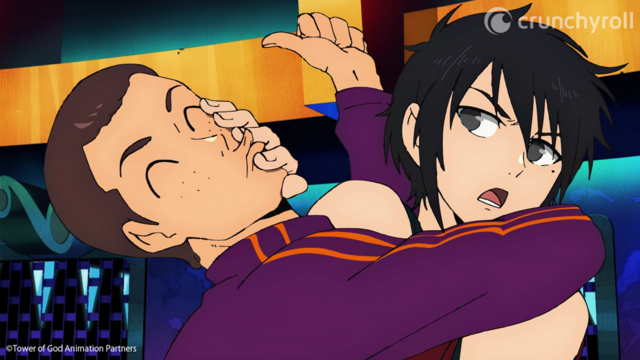 Bam, Khun, and Rak decide to sit out the second round of the Crown Game — after Rak is bribed with a bunch of chocolate bars, of course — but two teams sign up for the showdown this time. Ship Leesoo will face off against the competitive woman from the sleepy guy's group, at last.

Clocker's team makes a rush for Hatsu but he expertly thwarts their attacks. A very bored Anak yawns as she watches the scuffle. Meanwhile, Ship thinks he has his own fight against the competitive woman and her horned teammate is going well, but they get the drop on him. Thankfully, Hatsu comes to his rescue.

In a flashback we find out Lauroe (the sleepy guy has a name!) decided his group should fight in the second round. He recognizes the longer the rounds go on, the more likely Anak will be removed from the throne. And he doesn't want that to happen because he thinks he can take her out. He just needs Ship and Hatsu to be distracted.

Just when Hatsu is distracted by Ship's overzealous gratitude for saving him, Lauroe wakes from his nap and hurls a giant wave of Shinsu directly at Anak. Luckily, Hatsu is able to shout a warning to Anak, buying her time to dodge the wave while protecting the crown from falling from her head.

Shinsu really is beautifully animated
Look how gorgeous that is. I can't wait for more of the different types of shinsu being animated so beautifully like this would be a sight to see.#TowerOfGod pic.twitter.com/hPBcOqItcW

Anak's masterful evasion of the Shinsu elicits very different reactions from the participants. Bam's Black March begins to vibrate again. Ship is happy to see she is OK. Hatsu is immediately wary — he knows something is about to go down. Anak is upset she was awakened from her own nap — a feeling Lauroe admits he can fully understand.

Lauroe implores Anak to give up, because of his Shinsu he can attack the throne from anywhere. This only seems to anger Anak even more. She activates her whip-like weapon, sending multiple whips sprawling throughout the room. Lauroe is left to wonder if he made a mistake in thinking he could steal the throne from this little lizard girl.

After seeing this new, deadlier version of Anak's whip, Khun decides his group should forfeit the Bonus Test. He thinks using an Ignition Weapon — which he assumes Anak's whip to be — is against the rules. Bam's Black March sword begins to rattle uncontrollably and he struggles to keep it in his hands. Anak notices the activation of the Black March as her vines begin to disappear back into her weapon. This could have been Lauroe's chance, but competitive Serena and horned Hoh drag him back into their waiting room, forfeiting the match.

As Bam continues fighting to hold his sword steady, the grate to their waiting room is blown open. Anak appears at the entrance. She gave up her position on the throne to ask Bam why he is in possession of the Black March. Anak deems Bam unworthy of the weapon and Khun announces that the lizard girl is incredibly dangerous. Anak demands that Bam give the Black March over to her. Her own weapon — the Green April — is part of the same 13 Month Series as Bam's. Of course, it's fine for her to have one of these weapons and not Bam because she is a Princess of Zahad.

Bam refuses to give Anak the Black March, he has to return it to Princess Yuri. She prepares to take the sword from Bam by force, but Lero-Ro steps in and puts an end to the fight before it can even start. Before heading back to her waiting room, Anak offers Bam a bet. If his team can last until the end of the Crown Game, she will give him the Green April. But if his team loses, she will become the owner of the Black March. Bam tries to turn down the bet, but Anak promises him she will kill him for his sword after the Bonus Test, anyway. Before Bam can make up his mind, Khun and Rak do it for him. The bet is on and the Crown Game will continue. 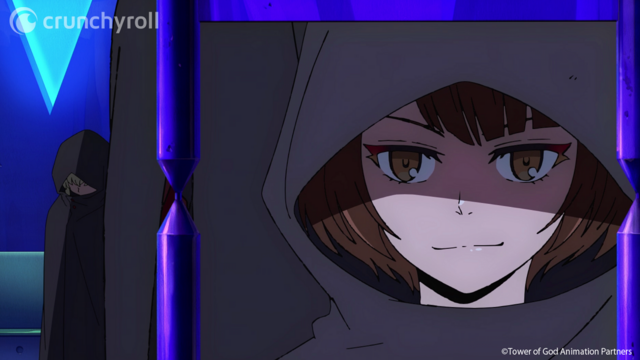 As the losing team makes its way back to their waiting room, Rachel's mysterious teammate whispers to Anak, calling her an imposter as a smile spreads across her face. Anak attempts to attack the participant but her teammates put a stop to it.

Bam apologizes to Khun and Rak for forcing them to fight before they had initially planned to but Khun is happy with the results -- Anak is down from the throne. Besides, Khun is starting to recognize just why Bam is so special: his loyalty. Khun is comfortable fighting by Bam's side now. And what good timing, the allies will have to face off against a whole bushel of teams now. Everyone's coming out of the woodwork now that the little lizard girl is out of the picture.

Just as everyone starts to make a rush for the throne, Khun reveals he's already gotten hold of it. He could put an end to this round in an instant. But he decides it would be much more fun to fight his competitors anyway. He stashes the crown in his briefcase and challenges them to take it from him. Growing tired of fighting, Khun decides to let his competition take each other out and hurls the crown into the middle of the room as he instructs them to fight amongst themselves instead. And, of course, they do.

In the chaos, Khun places Bam on the throne and gives him the crown. The real crown, which he has been in possession of the entire time. The fake crown sitting on the floor surrounded by the Regulars who had just been fighting over it.

Seeing Bam on the throne, Rachel's mysterious teammate decides it's time to get ready for the next round. She asks if it is OK to kill all of their competitors. Rachel takes a long look at Bam before giving her answer: yes.

If you guys need some ongoing goodstuff anime. I recommend Tower of God!

WHAT is happening?? Why is Anak in this fight if she's already become a Princess of Zahad? Is Rachel really Rachel? WHY is she OK with killing Bam? And how in the heck did Khun have a fake crown? Tell us your non-spoilery theories in the comments!