One binge down. What's next? 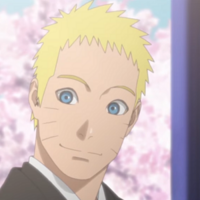 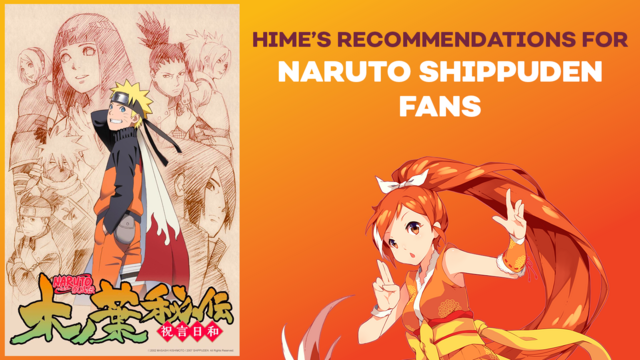 Hey, there! If you're a fan of Naruto Shippuden you're probably looking for something new to watch seeing as how the show's been done for a few years now. No judgment if you're the type that likes to rewatch your faves over and over and over (I do it, too). I consulted Crunchyroll-Hime, our mascot who has watched every anime ever, and asked for a list of shows for fans of our favorite ninja. If you just so happen to be in the market for some new anime check out the list below!

Who doesn't love a good sequel? Dragon Ball Super gives us a closer look at Goku and his one, true love: training. Goku and Vegeta take off for a year to work their hardest, get better at fighting, and then eventually take on the strongest fighters across multiple universes in an epic intergalactic tournament. No spoilers, but this tournament has some very high stakes, much like the war-torn, intense plot of Shippuden.

Check it out: If you want to see some tough guys getting even tougher so they can battle it out in some tough situations.

It's time to d-d-d-d-d-duel! Monster collecting! The power of friendship! The heart of the cards! There are lots of things to like about Yu-Gi-Oh! and while the show might seem very different from Shippuden, the main themes are right in line with Naruto. Battles (OK, Yugi's are card battles, but they're still battles), spirit creatures that enhance characters' strength, and a great cast of side characters and villains.

Check it out: If you like monsters and card games! Who doesn't?

Where to start with Attack on Titan — if you're looking for grand, sweeping stories, gorgeous backgrounds, lands ravaged by war, giant monsters, and underdogs working hard to save mankind you've come to the right place. Sound a lot like Shippuden? Yay! That's the point! You would probably like it. LOL

Check it out: If you like Naruto Shippuden. OK, but seriously, watch AoT if you like raging battles and lots of mystery.

An orphan boy discovers a demonic power buried deep inside him. No, not Naruto. Rin, from Blue Exorcist. The story of an outcast who learns to accept his true nature, there's a lot here for a Shippuden fan to love. It's a Shonen, but somewhat dark and full of self-actualization and coming to terms with your own identity.

Check it out: If you like watching outcasts find their place in the world.

I'm going to level with you, I would recommend Fullmetal Alchemist: Brotherhood to fans of any anime, not just Naruto Shippuden. It's raw and emotional, a masterpiece in storytelling, and the female characters are some of the strongest ladies in all of anime. Also, Al is adorable and I love him. If you're looking for a hero's journey and want to see some punk kids grow up to be strong warriors with hearts of gold you've come to the right place — and isn't that where Naruto and Naruto Shippuden were headed all along?

Check it out: If you want to cry. A lot.

First off, Bleach was considered one of the "Big Three" anime along with One Piece and the original Naruto series. So there has to be something here to entice Shippuden fans, right? Again, we have spiritual aspects — many characters draw on spirits to perform unique powers. Oh, and about those characters — they're a huge draw for many fans of the series. The cast of characters is vast, relatable, and full of a wide variety that offers something for everyone.

Check it out: If you like character-driven stories with a spiritual vibe.

Naruto Shippuden is an awesome Shonen with lots of great qualities. Good on you for being a fan! Maybe you'll find reasons to love some of these series, too!

Any fans find another favorite anime series after finishing Shippuden? Let us know in the comments!

For more check out: QUIZ: Which Naruto Villain Are You?