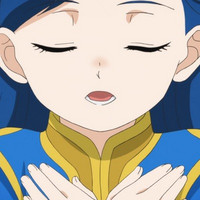 Hello and welcome back to the weekly recap of Ascendance of a Bookworm. This time, we are looking at Episode 19, “Cleanups and Star Festivals.” For those who are just joining or who want to quickly brush up on what’s been happening, the previous recaps can be found here:

Last week, Main officially became the director of the orphanage, and the head priest took her to a secret room to more blatantly tell her that she needed to keep her mouth shut around people if she wanted to survive in noble society. Quite a few things happened this in today's episode, so without any further preamble, let’s get into what happened in the latest episode of Honzuki no Gekokujou. 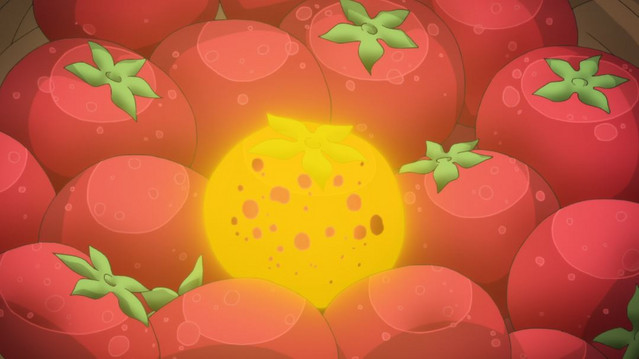 The episode begins by quickly recapping the previous episode before moving on to how the cleanup of the orphanage going. Fran informs Main that there are no health concerns thus far and Gil says they have finished cleaning up the boys’ wing.
When Delia is brushing Main’s hair, they talk about the orphanage — including Delia breaking down for a moment saying that she stayed there until her baptism, at which point three of the orphans were taken to the high priest and only she was selected. She asks why Main wasn’t there to help her out, and Main promises that she will be there for her from now on. 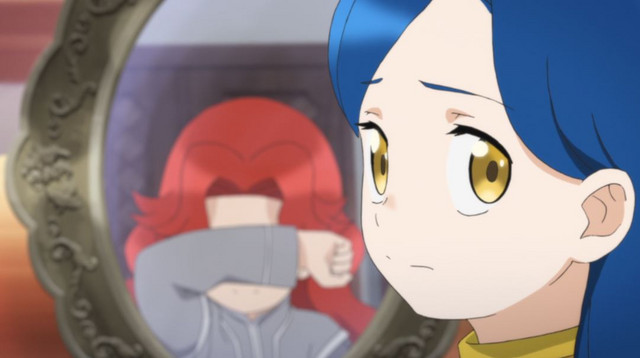 After work is done for the day, Main starts handing out food rewards to the orphans. Before anyone is given anything, she recites the full version of the prayer that Fran and Gil gave when the group was at the market. When Main only calls Wilma and Kai for food, the others start complaining that alms are supposed to be given out evenly. Main clarifies that she isn’t giving alms, she’s giving rewards for hard work  — Wilma was the first one to help the children wash and Kai was an efficient cleaner who Lutz had high praise for. 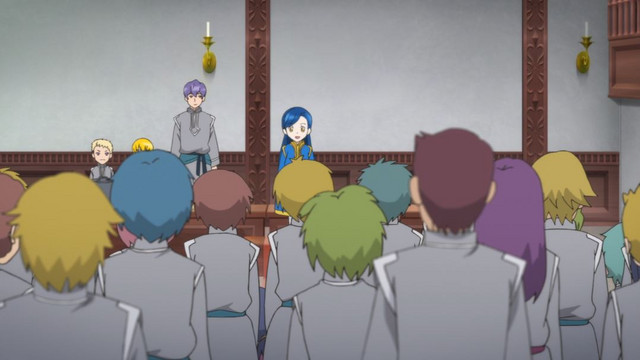 The episode shifts to Gunther (Main’s father) and Lutz leading the orphans, including Gil, to the forest to forage for wood to help make Main’s paper. During the walk, one orphan comments that Main’s changes are already having effects, as the orphans can now make their own soup. They also notice that Gil has changed since even a few days ago he was complaining about needing to serve a “commoner runt.”

Once the group reaches the forest, some of the younger orphans talk about trying to find a present for Main, while a short montage shows Gunther explaining different types of wood and Lutz showing how to peel the bark off a tree.

When the orphans meet Main back at the cathedral, some are bragging about how much wood they gathered, while the younger ones present Main with a pile of berries. 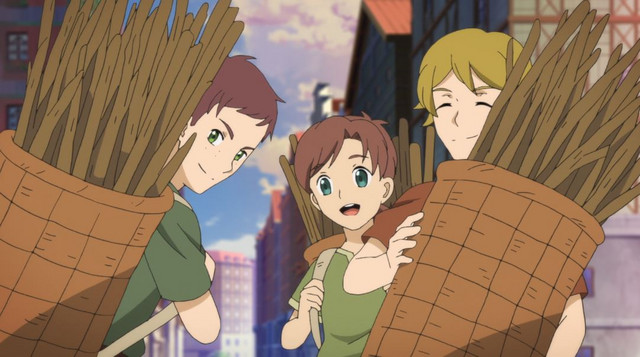 Because of how successful everything’s been, Main decides to reward her retainers with gifts. Gil and Delia get tablets and slate pencils like the ones that Main first wrote on when she was working with Otto at the city gate. She says that it is to help them learn to write so that they can ghostwrite for her in the future. Fran gets an upgraded version, with the tablet using wax and the pencil having a more specialized shape. In response, he promises to look after her health more closely in the future.

Main decides to create flashcards out of thin sheets of wood to help the orphans memorize the alphabet. Wilma offers to draw the pictures since she is a good artist. Because the orphans don't have much to do most of the time, the flashcards were a great plaything for them. Benno liked the idea and ended up buying the rights from Main. 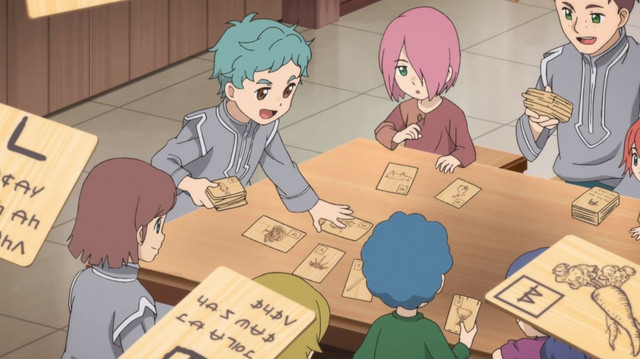 When Lutz and Main are walking home, Lutz wonders if Main can come with him to the Star Festival — a festival in which people have fun by throwing tau fruit at couples — this year. Main wonders if the orphans are allowed to take part.

When she tries to make an appointment with the head priest to talk about it, he is clearly annoyed with her, even though she hasn’t said anything yet. When they begin talking, he says that it is because the Star Binding Ceremony (which he clarifies is what the church calls the Star Festival) is only two days away, so she can’t waste time with formalities.

Since apprentices can’t take part in the actual ceremonies, Main’s job during the festival will be to make sure that none of the orphans leave the orphanage or become a nuisance to the many commoners that will be in the cathedral at the time. After some back and forth with Main, the priest allows the orphans to play by throwing tau fruit, but only if they clean everything up afterward. 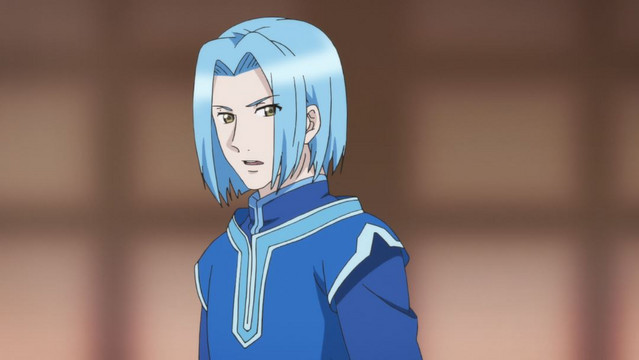 On the day of the festival, Lutz and some of the orphans are foraging for tau fruit, while Main and Fran deal with a noble who clearly still thinks that Main does not belong in blue robes. Main tells him the head priest has ordered her to look after the orphans, to which he responds by condescendingly saying it is the perfect job for her. As he leaves, Fran makes sure that Main is alright, and she says that she is fine. They’re only words, so they can’t hurt her.

While the orphans are eating lunch, Lutz offers to take Main downtown for a bit so they can experience the festival. In a short, lighthearted scene, we see that tau fruit are basically filled with water, so Lutz and Main run away from several children trying to get them wet. 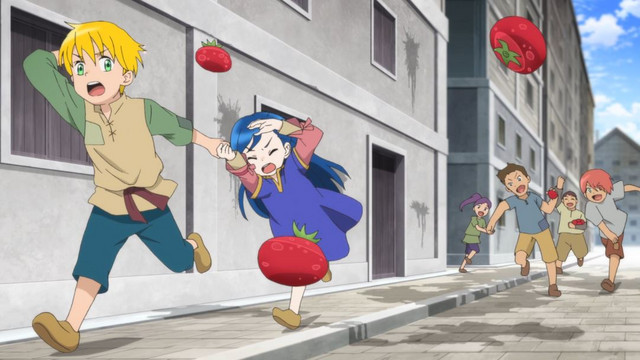 When Main and Lutz are explaining everything about throwing tau fruit to the orphans — such as making sure no one gets violent and that they’ll need to clean up after they’re done — Main touches one of the tau fruit for the first time. It absorbs some of her mana and begins to glow and bubble before transforming into a trombe seed.

Lutz immediately enlists the help of the orphans to start cutting wood. He believes the plant will make great material for Main's paper. 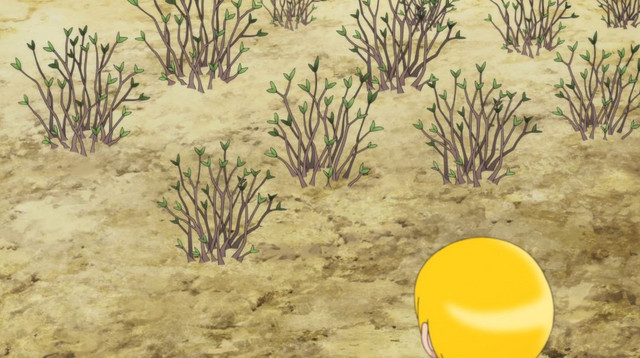 Once the plant menace is dealt with, the orphans are free to begin throwing the remaining fruit at each other. During the chaos, Main notices that one of the stones that makes up the floor of the area has been knocked out of place and Fran rushes to stomp it back down. The scene ends with Main sneezing, and being confined to her bed with a fever, her mother looking over her.

Once she has recovered enough to go back to the cathedral, Main meets with the head priest, who is clearly annoyed again. He asks Main why there was soil dug up and tiling out of place after the tau throwing. When she tries to explain, he asks if they also cut down material for her paper, showing that he knows what happened. 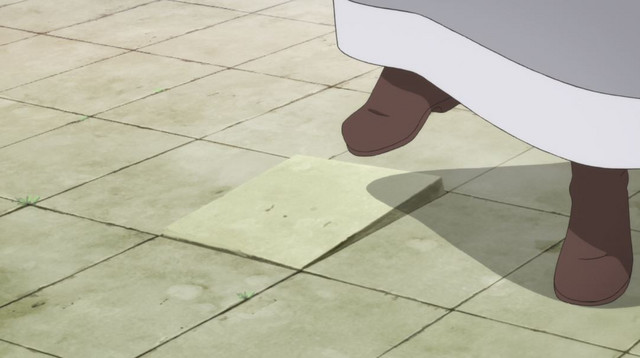 He decides to put her in detention for one day, during which she should pray to the gods in repentance. Fran tries to get the priest to reconsider but he is firm in his decision and Main is locked in a barren stone room.

At the end of the day, the priest and Fran come to check on Main who is collapsed on the ground, hair undone, unresponsive. The priest realizes that Fran asked him to reconsider out of concern for Main’s health, not because he was trying to save face. The episode ends with Fran rushing past the priest to pick up Main. 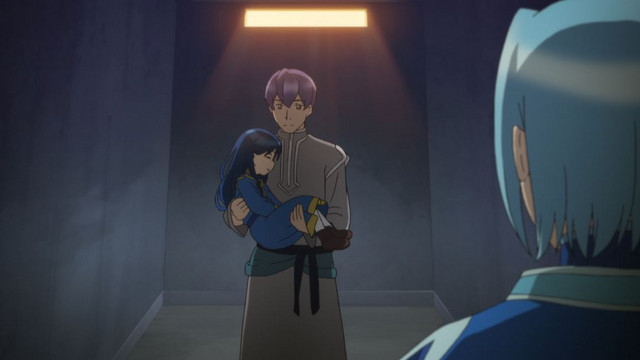 How are you liking Ascendance of a Bookworm? What do you think is going to happen next with Main? How long will she need to recover? Do the tau fruit hold the secret to a way to both control the Devouring and accelerate Main’s dream of making paper? Let us know what you think in the comments below (and if you’ve read ahead and actually know the answers, make sure to not spoil anyone)!