Buckle up, turtles! It's about to GO DOWN! 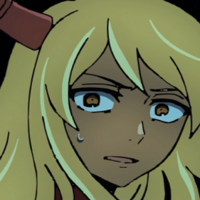 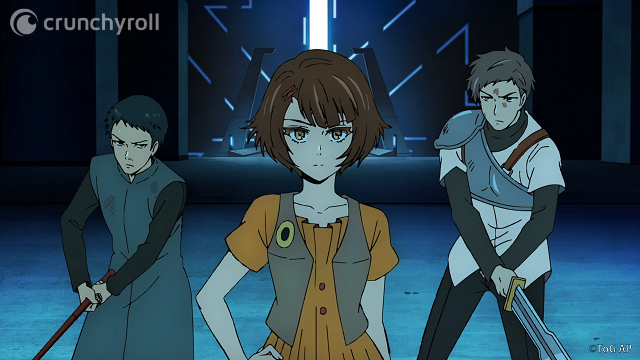 Last week we saw all kinds of backstabbing and betrayal as Team B began their next test. How does the team fare against Quant? Let's find out in this week's recap of Kami no Tou. As always, spoilers for Tower of God Episode 9 "The One-Horned Ogre" ahead.

Endorsi tells a story about a girl who was forced to eat stale bread while her sisters dined on elaborate feasts. The girls were made to compete with each other to become stronger so one day one of them would become a Princess of Jahad. The girl tired of eating castoffs and murdered her sisters to have the food to herself. And according to Endorsi, history repeats itself. She knows not all of the Fishermen can pass the test, so she intends to take some of them out herself, ensuring her own success. Oh, and while Endorsi is dropping all these bombs she drops one more — she informs Bam that Michelle is really Rachel. Just as Endorsi thinks she has the game in the bag, she gets a surprise of her own — one of the Fishermen has been secretly wielding an ignition weapon. 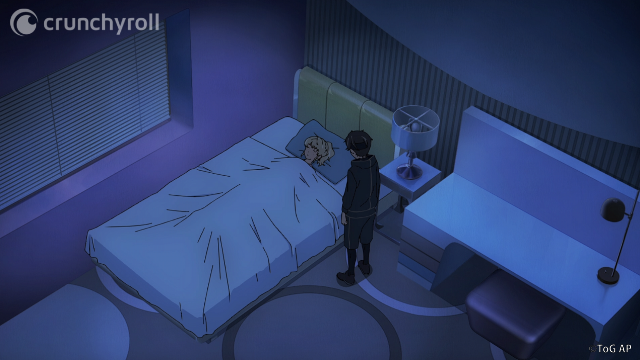 We finally learn what Hoh's letter was all about — if Hoh gets rid of Rachel, Bam will no longer want to climb the Tower. Two threats down. Easy, right? Well, no, actually. After doing away with the rogue Spear Bearers, Quant sets his sights on Hoh. And because he's such a good boy and won't be dragged into Endorsi's deadly games, Bam left her to deal with the Fishermen on her own, choosing to search for Rachel, instead. Quant teaches Bam a new technique, pouring Shinsu into the body of his opponent to slow him down. But Hoh stabs Rachel just before he is frozen by the Shinsu. His plan a failure, Hoh stabs himself.

Bam turns his newfound power on Quant as Endorsi — who has shown up with the latest initiation weapon — attempts to take the Ranker's badge. The remaining members of Team B give it a go, but Quant eventually rips Endorsi's vest clean off. But the princess had a few tricks up her sleeve, her badge is not located on the vest. She plays up her desperation in order to get close to Quant, stealing his badge instead. The test is over. Team B won and Rachel and Hoh are rushed off on stretchers. Oh, and for all her betrayals, Serena gives Endorsi a good slap. Surely this will never come up again ... Let's see what the fans think!

based of this last episode, tower of god has become tower of betrayal.

My face during the whole #towerofgod episode
That was a pretty heavy and dark episode pic.twitter.com/IsJ1Jz5lcT

My reaction while watching today's episode of tower of god pic.twitter.com/KoHwKggVc0

Oh, and even though she didn’t have much to do this episode, Anaak’s new hairdo definitely caught one fan’s attention:

Do you think Bam will stay true to his word not to harm anyone while climbing the Tower? Will Endorsi and Khun clash in a battle of the masterminds? Who wore the ponytail better, Anaak or Khun? Tell us your non-spoilery thoughts in the comments!

Tags
tower of god, kami no tou, tog, endorsi, bam, rachel, hoh, recap
« Previous Post
The God of High School Puts the Spotlight on Hard-Hitting Characters!
Next Post »
Fire Force Season 2 Blazes Ahead with New Director and Theme Performer
Other Top News
0 Comments
Be the first to comment!
Sort by: