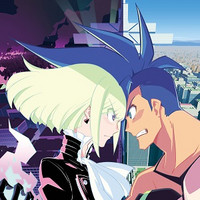 PROMARE, the first theatrical anime film from director Hiroyuki Imaishi and Studio TRIGGER, burst into Japanese cinemas on May 24, 2019, and — if you're anything like me — you may have missed your chance to see it during its limited US theatrical run from GKIDS and Fathom Events because most of those screenings sold out like wildfire.

You may have also had to wait a bit for a physical media release because the GKIDS PROMARE Blurays have also been selling like hotcakes. Now the film is widely available in North America, both on disc and to rent or own via digital outlets like iTunes, Youtube, and Amazon Prime Video.

Likewise, you may have heard all of your cooler, hipper, anime-loving friends raving about the film in person or on social media. And you may have finally seen the film and decided that you need to rave a bit yourself. If so, dear listener who is definitely not an author surrogate, this review is for you. So join us as we dive into a mildly spoilerific look at PROMARE. 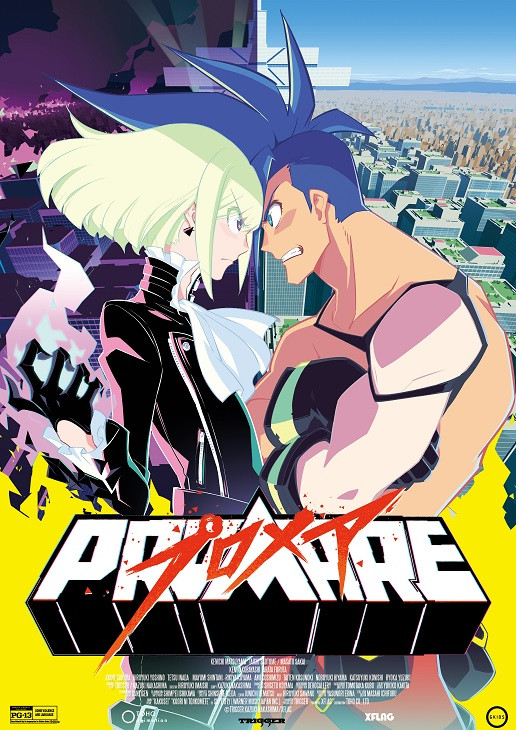 If you're like me, you may have heard that PROMARE is an openly political film, an anti-fascist narrative about a group of marginalized people throwing off their oppressors and standing up to a megalomaniacal authoritarian goon. This interpretation is half-true, and I credit this reading of the film largely to the efforts of Kazuki Nakashima, who is credited with both script and original story for PROMARE.

A playwright by trade, Kazuki Nakashima has teamed up with Hiroyuki Imaishi and TRIGGER before with works such as Gurren Lagann and Kill la Kill, and his writings demonstrate a certain theatrical style, an interest in interrogating authority, an interest in celebrating individuality, and an interest in playing with weird, speculative elements like aliens and extra-dimensional beings. 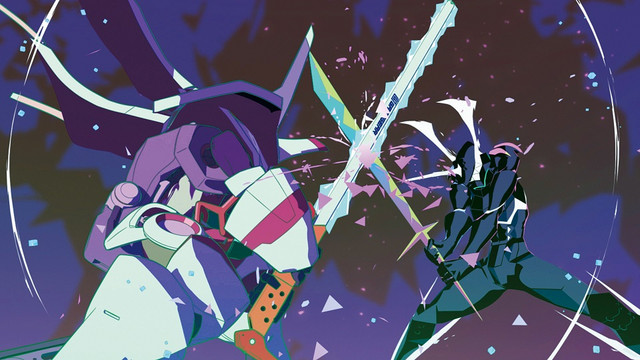 So, can it be read as political when a movie features a primary antagonist (that is named after an overt Prometheus reference) attempting to evacuate an elect segment of the human population from a dying planet Earth by building a space-ark with a warp drive powered by consuming the very life-essences of an oppressed class of people?

You bet your sweet booty, it can. But things can get messy when you apply a political lens to a work of speculative fiction, especially when the oppressed class (in this case, the pyrokinetic humans known as the Burnish) actually pose a danger to the general population when their powers rage out of control. Real-world bigotry is not based on rational fears, so despite the best intentions, the allegory is a little askew. 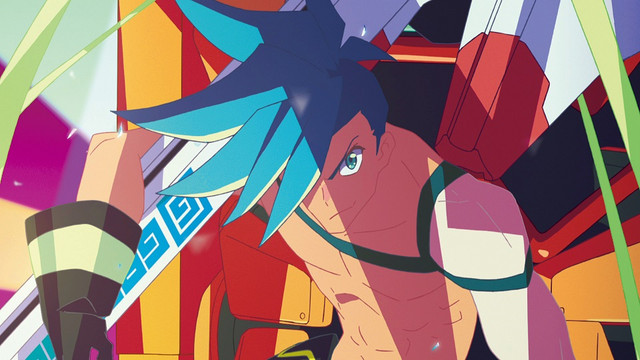 Earlier, I said that a political reading of PROMARE is half-true, and that's because though all artwork is political to some degree, if you ignore the film's themes, PROMARE works equally well as a piece of pure spectacle. There are action sequences in this movie that practically reduced me to tears with their searing visual splendor, and I credit that to director Hiroyuki Imaishi and the scores of animators that bring his hyperkinetic visions to life.

PROMARE is a 111-minute assault on the senses, and thanks to Imaishi and company, every frame is stuffed to bursting with visual detail. The action sequences are both mind-bendingly massive and effortlessly clear in their sense of motion, momentum, space, and scale. The CG animation (provided by SANZIGEN, of BBK/BRNK and Arpeggio of Blue Steel) is excellent, and the music by Hiroyuki Sawano (composer for works such as Attack on Titan and Kill la Kill) will make you want to punch a raging inferno square in its stupid fiery face.

If anything, PROMARE is over-stuffed. By the time the film teases a third act extra-terrestrial reveal and introduces a literal deus-ex-machina in the form of a giant robot named “Deus-X-Machina,” it's quite likely any political reading a viewer can apply will be completely overwhelmed by a non-stop barrage of Imaishi-approved nonsense. This is the same director who brought us Sex & Violence with Machspeed and DEAD LEAVES, after all.

At the time of this writing, it's Pride Month, and if you're like me, after the release of PROMARE, your social media feeds may have been flooded with a volcanic eruption of fan art celebrating Lio Fotia and Galo Thymos, the dual protagonists of the film, as a romantic couple. So the question becomes: How gay is PROMARE? And the answer resounds: As gay as you want it to be.

Some fans may interpret the “kiss of life” sequence at the end of PROMARE through a heterosexual lens, and that's valid, but it's hard to read that scene as anything other than romantic and queer, especially compared to the clinical framing of the earlier scene where Lio tries to save the life of one of his female followers.

I've heard that some audience members gasped at that scene, while other audience members cheered. However you choose to interpret the kiss, it's undeniably a milestone in mainstream anime film, where LGBTQA+ representation can still be a subject matter that many movie producers consider too hot to handle. Not so with Studio TRIGGER and PROMARE, where love is love, passion is passion, and fire cannot choose not to burn. 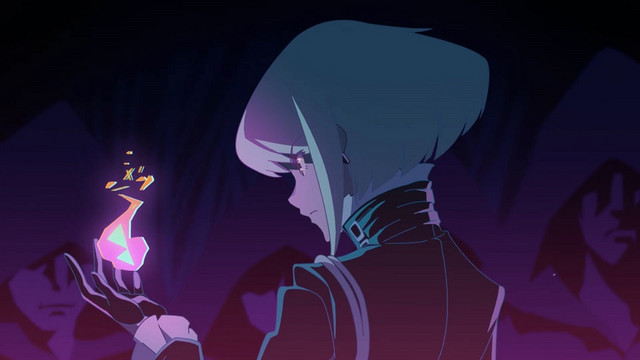 If you're like me, you may not be entirely sure how to process PROMARE, because the film is simultaneously both so straightforward and so thematically dense. PROMARE is a fiery-charged polemic against burgeoning techno-fascism, a condemnation of those that would use their power to abuse the powerless. It's a far-out science fiction odyssey with giant robots and allusions to Greek mythology. It's a slapstick comedy. It's a shonen action romance. It's the spark of human creativity in explosive, animated form. It's a roller coaster experience, and one that begs to be shared with your friends and loved ones.

What does PROMARE mean to you? Are Gallo and Lio the “one true pair?” What was your favorite action sequence or funny moment from the film? Let us know in the comments section below, and may the fires of freedom burn bright within your soul.