Choose from familiar titles to retro classics — and a few you might not know we have! 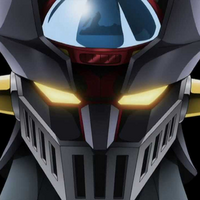 Nothing gets your heart pumping like an exciting mecha battle. From the planet-destroying action of Gunbuster to the eternal rivalries of Gundam, giant robots are a mainstay of anime. We're always looking for new titles to dig into — both literally new and new-to-us — and with more than half a century of shows out there, there are plenty to choose from. 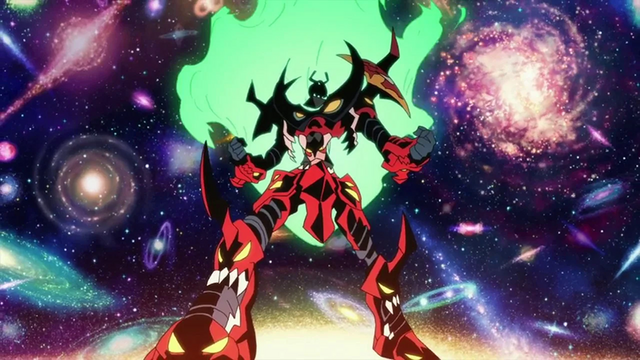 Naturally, Crunchyroll is stocked up with plenty of awesome giant robots old and new, including a few you may not know are in our library! You can always peruse our mecha tag for a wide variety of shows, but here are a few hand-selected series to discover (or enjoy again): 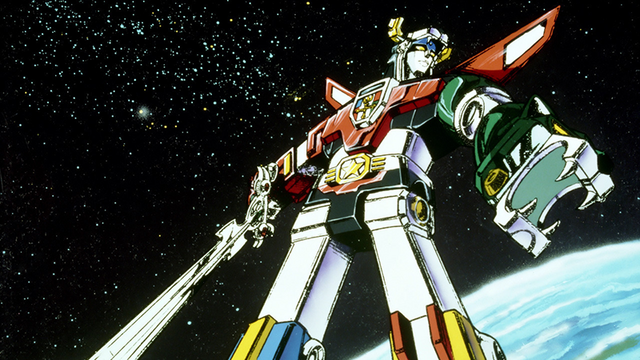 This massive combining mecha only saw average success in Japan — but in the West, the Beast King GoLion became what we know as Voltron, launching toys, sequels, and modern remakes. If you've never seen it in its original form, this is your chance!

In the far-flung year of 1999, five space pilots return to a post-World War III Earth only to be kidnapped by the alien Galra Empire. Fortunately, they escape to the planet Altea, where they become the pilots of the five robots that make up the titular robot. You'll see a few differences between GoLion and its US adaptation (the state of Earth at the beginning of the series, for one thing), but your favorite heroes are still there in one form or another. And if you're wondering where Vehicle Voltron went ... well, that's a whole other show, originally titled Dairugger XV. 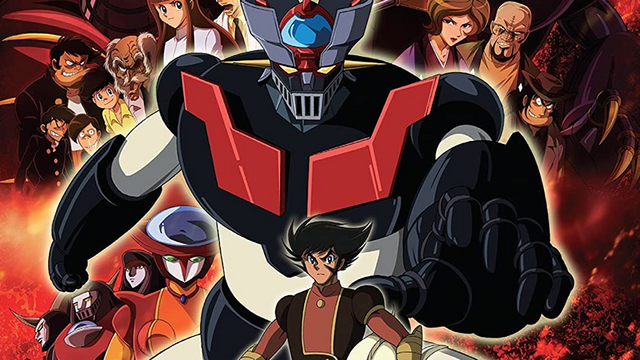 Speaking of classic mecha with new takes, Mazinger Edition Z is a shiny new version of Go Nagai's groundbreaking concept from the 1970s. Mazinger marked the first case of the "man in the mech," an orientation we consider standard today, and this iteration dives back into the original source material and its variants from across the decades.

Pointy-sideburned hero Koji Kabuto is still at the controls, protecting Japan from the evil Dr. Hell and his strange minions. But the mythological aspect of the series gets amped up — from the histories of some of said minions to Mazinger's connection to Zeus (yes, the Greek god Zeus). Much like Giant Robo's treatment of the work of Mitsuteru Yokoyama, Edition Z also brings in creations from other Go Nagai series like Violence Jack and The Abashiri Family. And if a massive Rocket Punch isn't enough awesomeness for you, how about a robot that turns into an even bigger Rocket Punch? This and more awaits you. 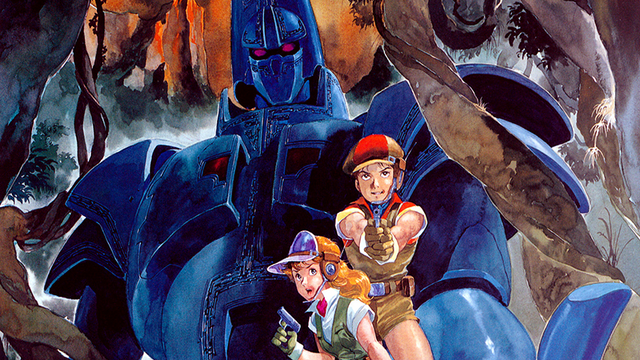 1984's Giant Gorg hails from Yoshikazu Yasuhiko, the character designer and director of classics like Gundam, Combattler V, and Brave Reideen. This series does something a little different from many mecha anime, though: it makes you wait to meet the titular robot.

Instead, our focus is on young Yuu Tagami, whose father was killed as part of a cover-up surrounding the mysterious New Austral Island. Tagami teams up with Doris, the sister of Dr. Tagami's former student, to investigate the seemingly unknown island. Political intrigue follows them in the form of an organization called GAIL — but the pair are rescued by the island's protector, a robot named Gorg. Together, our heroes attempt to uncover the secrets of the island without losing their lives along the way.

If you love classic anime and are in search of a "buried treasure" show, rustle up Giant Gorg from our catalog! 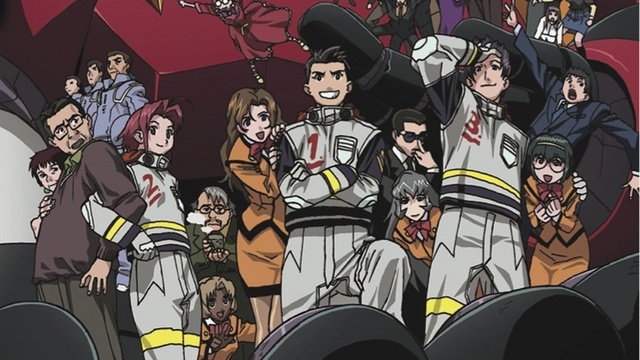 At last, a series where office workers save the day!

Dai-Guard takes place in a world where, initially, its main robot isn't even necessary. After an attack on humanity by an alien race known as the Heterodyne, Dai-Guard is built to protect against the next wave ... but that next wave never comes. The mech becomes little more than a curiosity, with its trained crew serving as office workers and tour guides. Then, in 2030, the Heterodyne return ... and the staff have to take up their original roles to save the world! 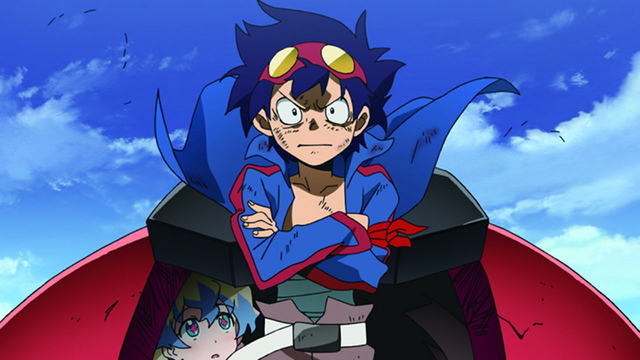 It wouldn't be right to leave out this Gainax great! Gurren Lagann brought hot-blooded anime back to the forefront in the 21st century, as two boys from underground drilled their way to the surface with the help of their two-part robot. Their robot, their bravery, and their team continued to grow in size as they fought to regain humanity's place in the universe ... even after a shocking mid-series drop.

The legacy of Gurren Lagann is one of bravery, friendship, and ... let's be real, ludicrously huge robots. If that's what gets you fired up and you still haven't taken the plunge, rest assured: you have galaxy-sized battles to look forward to. Literally. And astronomical values aside, there's a lot of heart to this series. Friendship, love, and unity are strung all throughout ... and some of those bonds will break your heart by the end.

A Few More for the Road 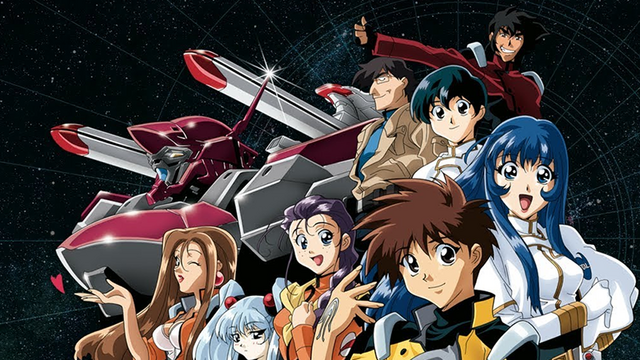 One feature isn't big enough to hold Crunchyroll's entire giant robot catalog — there will still always be more to discover ... but we're going to try and squeeze in a few more:

Martian Successor Nadesico lets its geeky protagonist Akito Tenkawa live the dream of being a mecha pilot ... almost. He'd prefer to cook, fly his robot, and watch classic anime series Gekiganger III, but the largely-female crew has the hots for him en masse. And considering there's a little alien war on, there are even more problems. (Show-within-a-show Gekiganger III became so popular on its own that it got a short spinoff!)

Super Robot Wars OG is an interesting case, in that it's a spinoff of a massive giant robot crossover. The Super Robot Wars series initially crossed over Gundam, Getter Robo, and Mazinger Z before filling out its roster, with original characters and robots providing the link between players and their favorite shows. The anime brings together many of those fan-favorite characters for their own original story.

If you're looking for something a little more down-to-earth, Full Metal Panic! is all about attempting to be just that. Battle-hardened pilot Sousuke is tasked with protecting high school girl Kaname for her potential hyperintelligent abilities ... which means a mix of combat and trying very hard to be normal. The mecha in this series are militaristic as opposed to galaxy crushing.

What's your favorite giant robot anime? Anything you're looking forward to watching? Let's show some mecha love in the comments!