Loyalties Are Tested in Tower of God Episode 11

Friends or foes? Who will betray their teammates to climb the Tower? 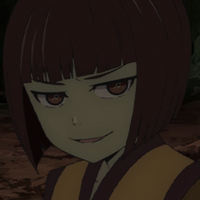 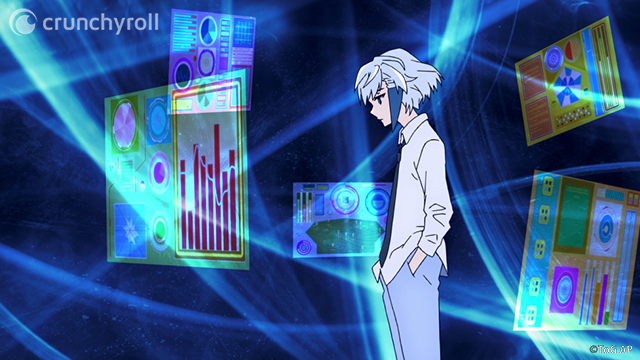 We're onto the final test of Kami no Tou Season 1! We'll dig into the results of Bam's Administrator test and get started on the final group test in Tower of God Episode 11 "Under Water Hunt (Part One)." As always, spoilers below!

Bam passes the Administrator test and moves on to his final test with Rachel: The Underwater Hunt. All Bam and Rachel have to do is get eaten. While the Regulars fight off a number of sea creatures to keep the Net Dolphins hunting Bam and Rachell safe. The Bull — the biggest and most dangerous creature — appears in front of Shibisu with a human body hanging out of its mouth. Shibisu distracts the Bull, ensuring the sea creature that he is "delicious." When the Bull shows no interest, Shibisu attacks it with Serena's knife ... which does absolutely nothing. But, of course, the Bull's sights are now set on Shibisu, sending the Regular on the running, screaming that he is, in fact, not delicious. 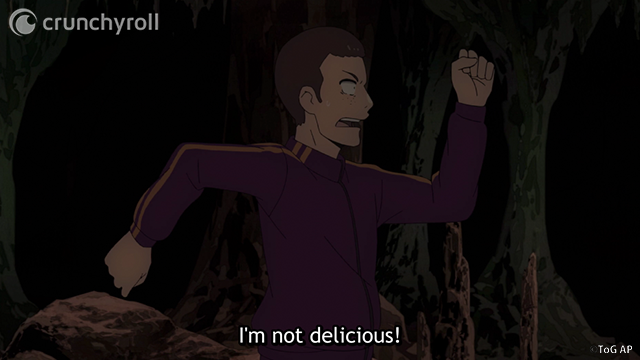 Anaak and Endorsi appear from the shadows and strike up a deal. If Endorsi puts an end to the Bull, she'll get Anaak's 13 Month Series weapons. If Anaak wins, Endorsi will become her servant for life. Oh, this is going to be good. The group becomes separated and Endorsi fails and is nearly killed. As Anaak searches for Endorsi and the Bull, she is approached by Ren, who distracts her by revealing he knows who her mother is ... and that he has her mother's necklace. The plan works and Anaak turns her attention to fighting Ren. Lero-Ro suspects the Director has had all of these tests planned exactly this way from the beginning. And he's right. Ren controlled the Bull the entire time in order to get to Anaak. Ren succeeds in retrieving the Green April and commands the Bull to bring Endorsi to him. He orders the Princess of Jahad to kill Anaak — as an act of redemption.

Meanwhile, Hatz, Rak, and Paracule are keeping an eye on the Goblins. Khun instructs them to wait before moving in, but there are more Goblins than expected. As one of the Goblins prepares to attack Hatz, Paracule reflexively skewers it with his spear, prompting the rest of the Goblins to attack and ruining Khun's strategy.

Naturally, the fans couldn't help but get excited for the last two episodes of the season and beyond!

Seeing Bam all so happy in contrast to the others...
IT’S THE CALM BEFORE THE STORM

Say what you wanna say but for me, I'm loving the build up on episode 11 for the last two episodes to come#TowerofGod

As the Tower Of God is coming to an end, Let's all wish that it gets a 2nd season with 50+ episode because we all know the next arc is ????

Will Khun be able to improvise? Will Endorsi spare Anaak (and become her servant for life)? Let us know your non-spoilery thoughts in the comments!