Showing love for the waifu 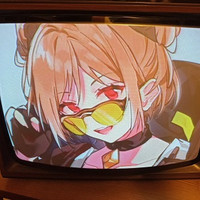 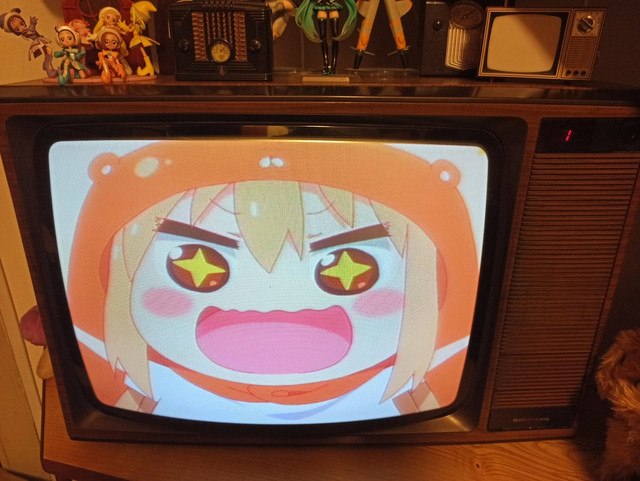 The anime community is filled with talented people who love expressing themselves through a unique combination of art and fandom. One of those such people is Mr. Braun who puts waifu on vintage TVs. Mr. Braun agreed to tell us all about how they first got into anime, what inspired them to work with vintage electronics, and who their favorite anime waifu is. Check out the interview below!

Thank you for joining us for this interview, we're excited to learn more about your work. How did you first get into anime and what was the first show you watched?

I started to watch anime by pure chance! Several years ago my sister asked me to record for her an episode of Pokémon as she was going out that afternoon. So I prepared everything a little in advance and saw the anime that was broadcasted before Pokémon — Fancy Lala (魔法のステージファンシーララ NdT) — a mahou shoujo (magical girl). I recorded that episode too, one of the first, and I continued to record and keep all the episodes until the end.

Would you say that title is still your favorite or have you found others along the way and why?

Yes, it's still one of my favourite and it influenced me a lot, since I kept following the genre and loved a lot of similar titles, like Magica Doremi (おジャ魔女どれみ NdT) or Cardcaptor Sakura. Of course, I tried other genres too, but the first anime has a special place in my heart.

Given your love of anime, it makes sense that you would want to do something creative in this community, but what prompted you to work with CRT TVs?

When I started to love electronics, at 11 years old, my father gave me an old book that illustrated how a radio worked and the most frequent problems you can face. It was a book from the early 1950s, so obviously it dealt with those appliances that we now consider vintage. From radio to TV the step was short, also because my father had the same hobby so let's say I followed his steps. 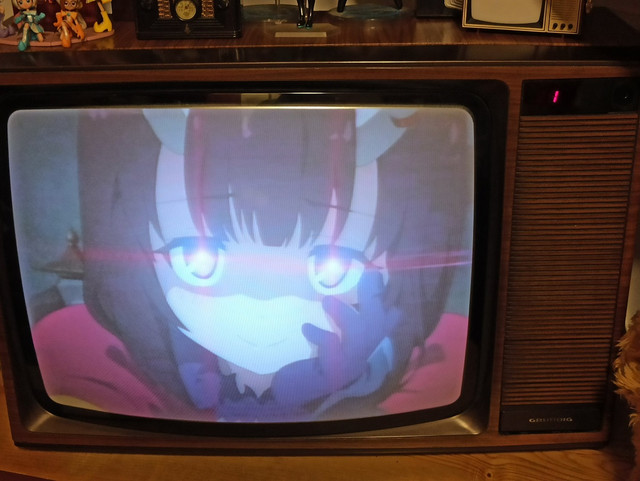 How do you go about finding the pieces to work with these vintage electronics? Have you had to change this process as pieces get harder to find?
The basic components are still produced, so unless there are failures in some specific or no longer produced parts it's fine. If the problem cannot be solved with the components on the market, the only possibility is to try to disassemble the original part and try to repair it like, for example, rewinding a coil with new copper wire.
Do you have any plans for when you run out of vintage TVs to work with?
I hope to continue to find some, otherwise, I will have to repair LCD and Plasma and ... brrr, I don't want to think about it! But, since millions were produced, I think I will always find some.
OK, given you put waifus on TVs, we have to know, who is your favorite waifu?

Oh, well! That's very easy! My waifu is Makoto Kikuchi from The [email protected], it was love at first sight! And I'm also proud to say that I have no other waifu! My waifu is forever! 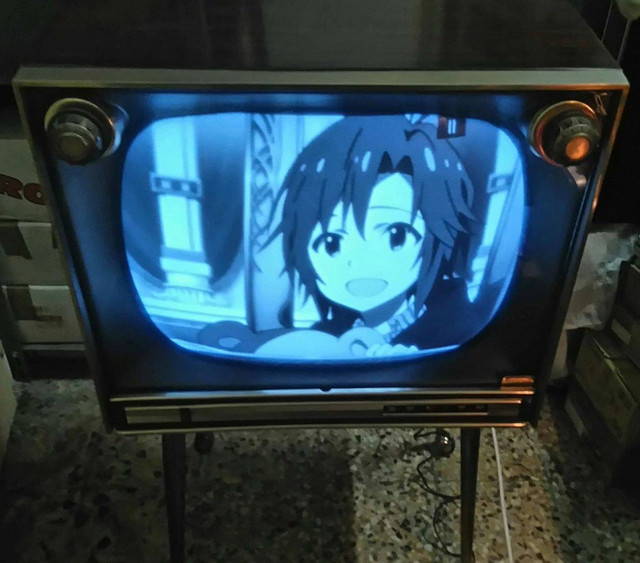 Do you have any other projects you're working on pertaining to anime?

Currently not, but I actively collaborate with cosplayers who need some specific vintage objects as accessories. Not only TV but also radios, walkmans, cameras. Since those are delicate things we try to organize the photographic set in my region, so I don't have to ship them. And one day I would like to bring a booth to some convention, to exhibit my TVs and interact better with fans.

Are these pieces for sale anywhere? How can anime fans support your work?

No, my vintage TVs are generally not for sale. Occasionally it happens to sell some small '90s TV to retrogaming enthusiasts, but it doesn't happen often. For fans who want to support me, I have opened an account on Ko-Fi, I use this money to buy new TVs, equipment, or spare parts.

Thank you again for doing this. Is there anything else you would like to add?

If I find you turning a vintage TV into a dog's house or a nativity scene: you better start running! ^_^

Who's YOUR favorite waifu? Let us know in the comments!

Do you love writing or make your own cool anime stuff? If you have an idea for a features story, pitch it to Crunchyroll Features!