It's a pretty pleasant surprise 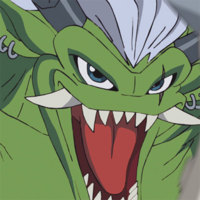 SPOILERS FOR THE NINTH EPISODE OF DIGIMON ADVENTURE: AHEAD

When it comes to Digimon characters that I expect to feel sad about, Orgemon was never on the list.

And as a fan of Digimon since it debuted in the U.S. in 1999, that list is getting pretty long. It includes characters like Wizardmon, who sacrificed himself in the original Adventure so that Gatomon could live. It also includes Leomon from Tamers, whose death was a shock due to its suddenness and how much of a positive force he was in the life of his human partner. Heck, it even includes mean ol' Puppetmon who, just before dying, asked his only (and now deceased) pal Cherrymon why he failed. Cherrymon's response? Basically "Because you don't have any friends." Yep, Puppetmon's final thought is a reminder of his own loneliness.

But Orgemon? Never Orgemon. At best, Orgemon would always be the bumbling lackey, the kind of goon the stronger boss villain that appears in the opening credits would push around and berate. Feeling anything for Orgemon would be like feeling bad when a James Bond lackey bites it. Like yeah, he's tall and strong and he doesn't flinch when Sean Connery hits him in the head with a brick, but am I gonna shed a tear when he gets knocked into the piranha tank? Not likely. 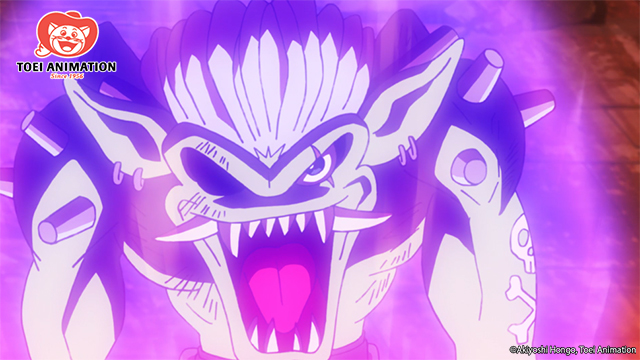 But then, in Digimon Adventure: Episode 6, Orgemon — a subordinate of Devimon — releases a cry of anger and shame after he loses one of his horns in a clash with Greymon. And I wasn't expecting that. I didn't even expect Orgemon to get another scene, to be honest. He seemed destined to lose, flee, and just kind of reset himself before showing up to pester the Digi-Destined in another episode. I didn't expect him to have, ya know, actual pathos.

And when he does show back up in Episode 9 (the latest episode as of the date of this writing) he's a changed Digimon. He specifically goes for Tai and Agumon, stating that his horn is his pride and now identifying the pair as rivals of sorts. He even makes the army of Coredramon that he rode in with flee to ensure that he has a fair, unspoiled fight with Greymon. And when they clash, the lightning that strikes around their colliding hands and fists is something straight out of Dragon Ball Z. Orgemon went from zero to Vegeta in no time, and I was all about it. 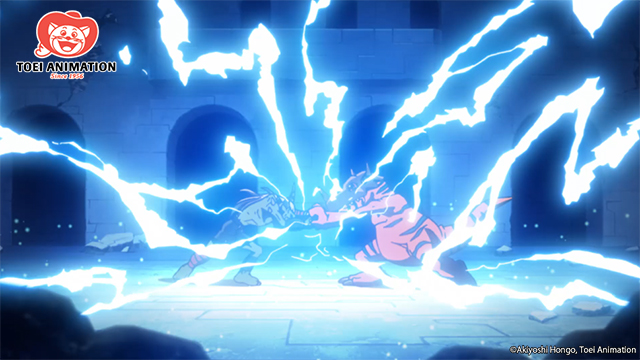 However, it's shortly after that Orgemon gets stepped on by Metaltyrannomon — basically, an office memo from Devimon to tell him that Orgemon's being replaced and that Evil Digimon Incorporated is going with another hire for his position. Orgemon, realizing that he's pretty much been betrayed, points Tai in the direction of the Holy Digimon the group has been looking for and then throws himself at Metaltyrannomon in a death charge. It's a clash that he will most certainly lose.

Orgemon has had characters arcs before. In the first Adventure, he starts the series as a cruel goon and ends it by making peace with his former foes. But even though this is an extremely abridged in comparison, I find it to be just as powerful. The borderline mute henchman has been revealed to be an angsty warrior, a creature with honor that, more than revenge, seeks another opportunity to prove himself against the monster that previously toppled him. And then, having gained respect for his enemies, he throws himself at a much stronger opponent to buy them time, knowing that no one stands a chance unless he gives them one. 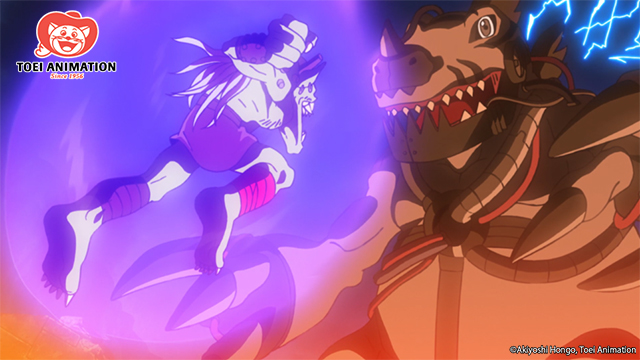 It's not a revolutionary bit of storytelling. As I mentioned, it seems straight out of the Dragon Ball Z playbook where evil characters would slowly become good or at least tolerable after encounters with Goku, and eventually gain such a sense of humanity that they'd be self-sacrificial for their friends. You see it happen with Yamcha and Tien and Piccolo and Vegeta and others, never losing its potency because there's something inherently powerful about the possibility of goodness in someone. The prospect that, given the right circumstances, they'll turn things around and create something better rather than trying to tear down the world. And as it turns out, even Orgemon is capable of that.

Are you enjoying the Digimon Adventure: reboot? Let me know in the comments!