Check out the real-world locations of Anohana 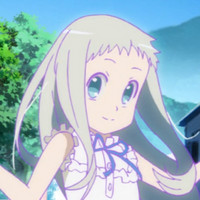 As I’m still waiting for some of the great summer anime titles like The God of High School and Rent-a-Girlfriend to put out a few more real-life locations for me to really dive into, I thought it would be a good idea again to take a look back at one of my older casual pilgrimages, which I never got around to posting. To this day, Anohana: The Flower We Saw That Day still counts as one of the greats of its genre, having left a substantial emotional impact on many fans, myself included. But that’s not all, the nine-year-old anime also left a huge mark on its real-life setting by putting the quiet rural town of Chichibu in Saitama on the map for tourists, and even for an unprecedented amount of non-Japanese anime fans. So in this installment of Anime vs. Real Life, take a virtual stroll through the quiet town of Chichibu with me, as we run down some of Anohana: The Flower We Saw That Day's most notable real-world locations!

The best way to get to Chichibu from Tokyo is via the Seibu Chichibu Line, which connects Tokyo’s Ikebukuro Station directly to the Seibu Chichibu Station, which is pictured above here (even though it got a bit of face-lift since). The Chichibu Limited Express gets you from Ikebukuro to Chichibu within a swift hour and a half, making this such an attractive day trip for anime fans who have a day to spare in Tokyo. And as soon as you come through the ticket gate, you’ll know for sure that your in Menma’s town, as you’ll soon notice her smiling face on many of the products sold in the station’s gift shop, or the Super Peace Busters’ themed drinks at the café in the large food court.

Using the station as a starting point, I made a short 15-minute walk up to Hitsujiyama Park, where I had a great view of the city. The park is mainly famous for its colorful field of Shibazakura flowers, which also got a brief nod in the show. However, for fans of the anime, the fence on which Poppo sits during the catchy opening has to be one of the most iconic spots of the show, so recreating the shot was obviously a must!

From there it’s a bit of a walk back to the city’s commercial district along Bamba Street, but in the end, it didn’t take me more than 20 minutes. If you’re looking for a faster way to get around the city, I also saw rental bikes at Seibu Chichibu Station.

Walking through the city, it’s apparent how huge of an influence the show had and still has on the town, as you still find Anohana-branded stuff literally everywhere, ranging from water bottles to banners. The majority of the themed collaborations are from Anohana, but also the two anime films The Anthem of the Heart and Her Blue Sky, are both set in the town of Chichibu, all of which were written by the prolific screenwriter and director Mari Okada, who was born here.

At the end of Bamba Street lies the serene Chichibu Shrine. But while the time-honored shrine with its elaborate wooden carvings is certainly worth a visit all on its own, it’s not really an important location for the anime, as all that happens here was Yukiatsu simply running past Jintan. The much more relevant temple is only another short walk away, but first things first.

Because if you head one street East of the shrine, you’ll end up at the train tracks again, which the characters of the show walk past quite frequently. However, it was mainly rather painful scenes that took place here, one of which was when we as the viewers first got confirmation as to what was really going on with Menma. The view of Mount Buko in the back is not bad, though.

That advertisement in the back must have surely paid off after all those years of anime fans passing by.

From the spot along the tracks, which is close to Chichibu Station — not to be confused with Seibu Chichibu Station — it’s another 15-minute walk to the quaint, but iconic Jorin Temple. The temple is so pivotal for the show, since it’s not only where the gang used to hang out during their younger days, but also where they are slowly reconnecting again after all those years apart.

The little temple is located a bit off the beaten path and was naturally dealing with declining visitor numbers, but the frequent anime visitors have really breathed new life into the place. And you can see that based on the many recent Anohana-themed ema (wooden wishing plaques) hung there.

And I’m happy to report, that the cutout of the boy holding the temple name is still alive and well.

I’ll keep my wish for myself for now.

Right behind the temple is Keyaki Park, where you’ll find the exact same bench on which Jintan was sitting during the third episode.

And last but not least, certainly the most memorable and iconic real-life locations of the show are the two Chichibu bridges right next to each other, which cross the Arakawa River. The bridge is the jumping-off point for many of the show's events, and also prominently featured in the show’s opening. Menma is walking across the solely pedestrian Kyuchichibu Bridge here.

Right next to it is the very recognizable cable-stayed Chichibu Bridge, which was constructed 35 years ago in 1985.

And in between those two bridges, you’ll even spot the pillars of another bridge that once stood here.

From Chichibu Bridge it’s a quite hefty 50-minute walk back to Seibu Chichibu Station, but luckily for me, I was staying nearby anyway, and only had to track ten minutes to the nearby Onohara Station. Conversely, you could also use that station to take you back to the city center. The one major location I missed was the Ryusei Rocket scaffold, which you’ll surely remember from the finale of the show, but is unfortunately quite far out of town. However, most of Anohana’s locations are easily doable within a day trip, and even though the anime was a real tear-jerker, it was really heartwarming to see the love and passion that Chichibu still has for this masterpiece.

You can watch Anohana: The Flower We Saw That Day both subbed and dubbed right here on Crunchyroll!

What are some of the saddest anime you have ever watched? Let us know in the comments!