ESSAY: Sakura Is Not That Bad 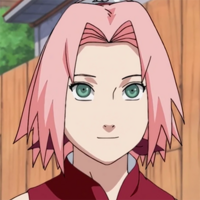 Sakura is not a bad character.

So, if she isn't delivering knockout punches or controlling the arc of the show, what is Sakura doing? Well, Sakura is doing ... Sakura.

Okay, I know how that sounds, so let me back up a bit. Sakura is the product of two very healthy, very normal, and very alive parents. On the other hand, Naruto doesn't know what happened to his parents and Sasuke is trying to avenge what happened to his. Already, she's the odd one out in Team 7, the only one without an intense past to grapple with. Thus, all of her relationships and struggles are mostly based in the here and now — her crush on Sasuke, her rivalry with Ino, her frustration with Naruto, etc. 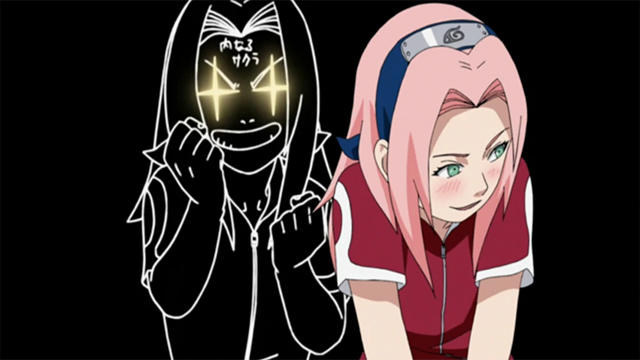 This lack of a grand mystery to solve or injustice to right manifests itself in the fact that Sakura has an "inner Sakura character," a reflection of the way her emotions conflict with how she presents herself at the time. That is her biggest struggle. Often in Naruto, a character's actual biggest enemy is themselves, and when we talk about this, we usually talk about Sasuke and how he needs to chill out for a second and maybe stop trying to get revenge on stuff 24/7. But this is something that takes Sasuke a loooong time to come to terms with, while Sakura deals with it from the beginning. From her first appearance, her arc is based around dealing with her own limitations and confronting the things she doesn't like about herself. It's character-based more than it's story-based.

Under that lens, Sakura's achievements become exponentially greater because she's saving herself rather than saving the day. There's a reason most people remember her cutting her hair and then, looking awesome, pinning her enemy in the Forest of Death segment of the Chunin Exams. It's so personal, as she's previously used her hair to shield herself from criticism, and it inspires other ninja to action. Her ability to control her chakra from early on is also indicative of this inner growth, as Naruto and Sasuke — both more powerful warriors — actively struggle with it. 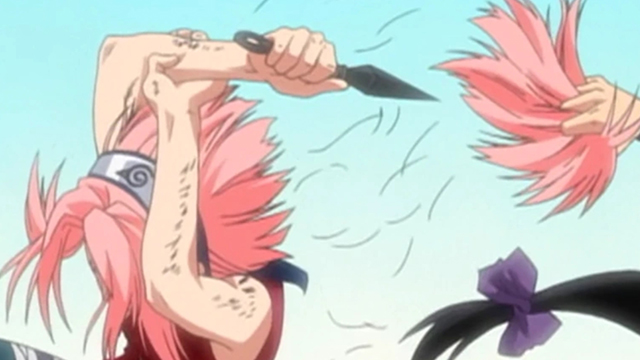 While the other characters deal with the repercussions of their pride and reckless ambition, Sakura is able to come to terms with her strengths and weaknesses early, training with Tsunade to maximize her potential in an area that she excels in. It doesn't stop her from partaking in combat and doing awesome ninja stuff, and it doesn't stop her from joining with Naruto and Sasuke in their massive battle against Shippuden's Final Boss, Kaguya. But it does show her dedication to herself, eventually losing her "inner Sakura" because the person she wants to be is the person she is.

By the end of Shippuden, Sakura has such a good grasp on what she loves and what hurts her that when Sasuke says he's sorry for everything she tells him, "You should be." She weeps for him, yet the moment is free of coddling or crushing. Instead, it's someone who has long known how to deal with their mistakes telling someone else they need to learn how.

Sakura is not a perfect character. Even with her focus on a non-battle skill set, it still feels like she gets shafted a little too much while the dudes wrangle together their Epic Naruto Moments 1080p compilations. And her constant forgiveness of Sasuke, while a testament to how much she believes in the goodness of him and others, does push your patience a little bit. Logically, she should've, like, thrown him into a ditch on the side of the road 400 episodes ago. 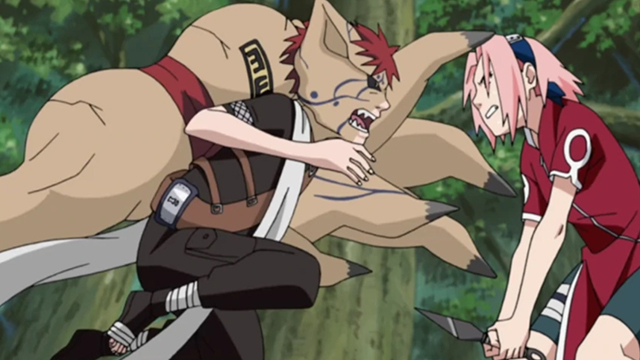 But I don't think she's a failure. Rather, I think her measure for personal success is different from the others — especially the other members of Team 7. She doesn't want to be Hokage, nor does she desire to be the strongest warrior or to eliminate all those that have done her wrong. Instead, Sakura wants to become someone that Sakura can be proud of — a feeling that all of us have at one point. And I think that counts for something.

Do you have any favorite Sakura moments? Let me know in the comments!