ESSAY: The Wild Plot Of Queen's Choice Is Reminiscent of Another Bizarre Anime 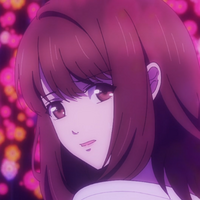 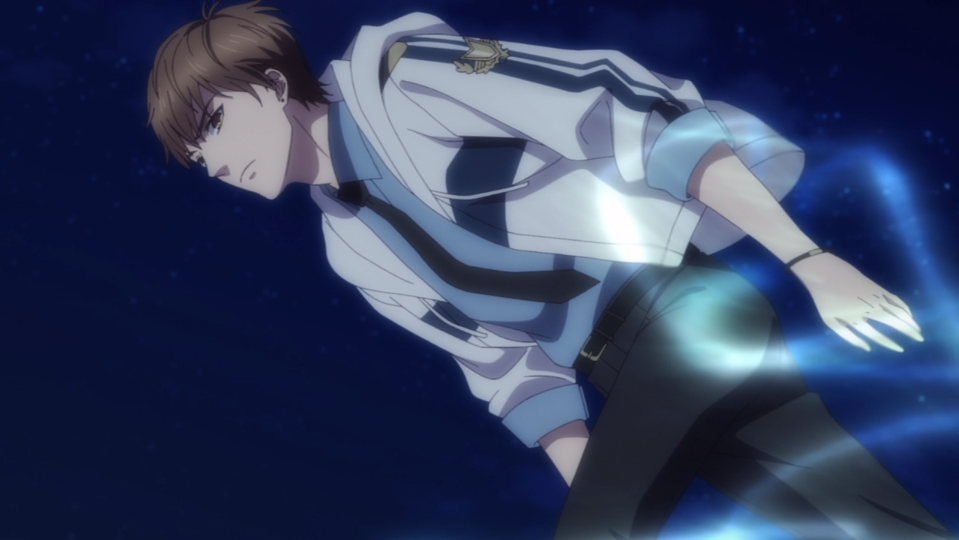 Before I started watching Mr. Love: Queen’s Choice, my best friend made me a little aware of how the mobile game’s story starts off very wild and ridiculous and then continues to escalate with each subsequent update. Even with some knowledge of what to expect, I was still surprised at how much the story of Mr. Love: Queen’s Choice just goes for it. It’s been quite the enjoyable ride as we progressed to the end of the season — but something that struck me while watching it was the similarity it has to another series that also utilizes over-the-top antics and is quite ... bizarre.

With the combination of exaggerated stories and good-looking people you'd want to go out with that dating sims have used for years, it’s no surprise a dating sim adaptation is going to somewhat follow suit. The hard part about adapting dating sims to other mediums is it’s much more difficult to capture the replayability of them and instead you’ll usually see a story that revolves around the “main” route. Mr. Love: Queen’s Choice goes in a slightly different direction, allowing all four guys to have about the same amount of screen time by putting a lot of the romance from the game on the back burner. 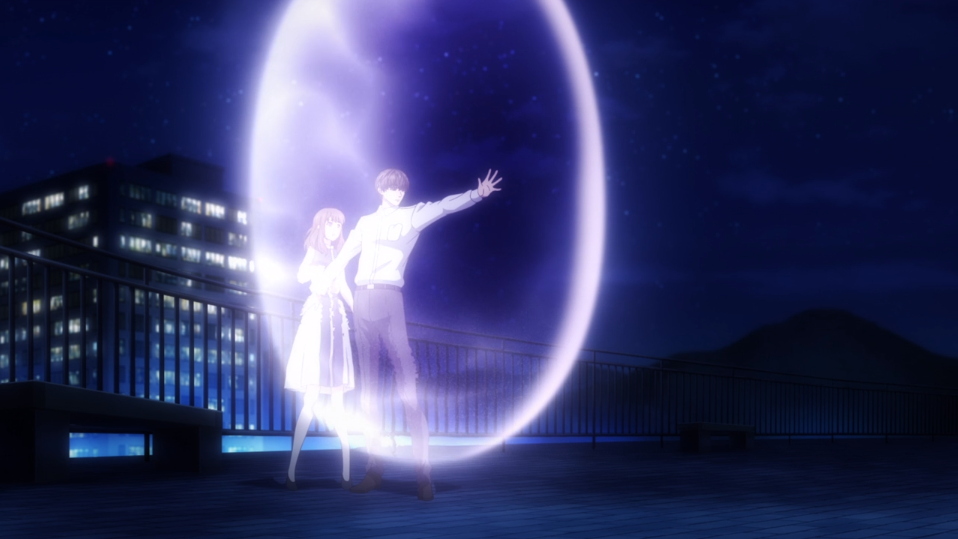 That’s not to say that the boys don’t try to initiate some level of romance throughout the series. Victor, Kiro, Gavin, and Lucien all attempt to have their own moments with the protagonist — who the anime rightfully names Watashi (meaning "I") — while Watashi's like, “Oh hey that’s cool guys, anyways what’s up with these Black Swan folks?!”

Since Mr. Love: Queen’s Choice subdues the romance aspects of the game, it has plenty of time to showcase its story. I’m sure for some folks that can be a bit of a bummer since they might want to see more cute scenes with the protagonist and their favorite guy. However, with how over-the-top the story of Mr. Love: Queen’s Choice is, you kind of have to sacrifice something in order to truly see everything the narrative has to offer, which is A LOT. With how many twists, turns, and dudes with powers you have to contend with, you need the full breadth of the season to be able to take it all in. 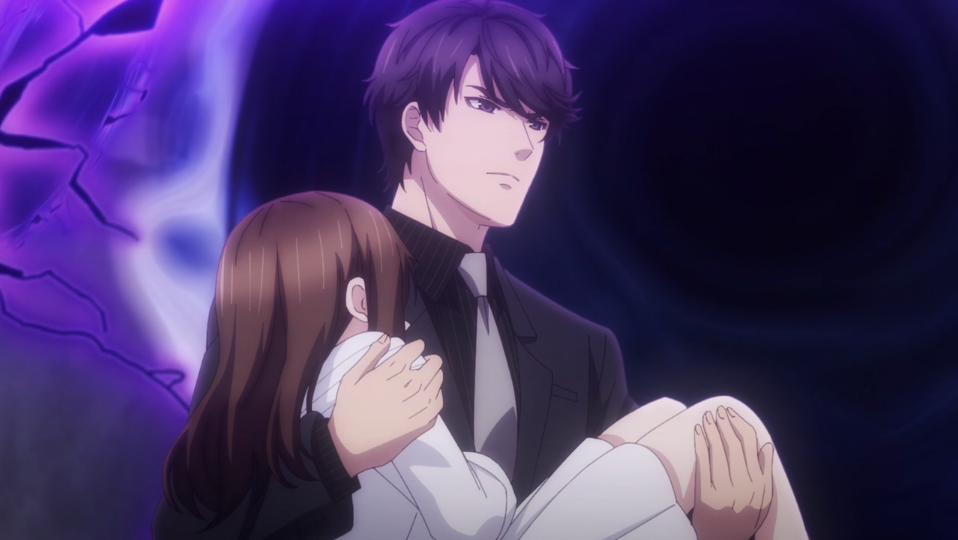 While making my way through the season and seeing the guys’ EVOLs start to evolve — like Victor’s where he can not only stop time but can also create black holes that can cause time travel if they get too out of control — I started to realize how this show hits the same kind of beats that JoJo’s Bizarre Adventure does for me. Now, I’m not saying these two shows are 1:1 in terms of similarity, but they both have characters with different skill sets and personalities that become superpowered and they both utilize a similar narrative structure.

From the outside looking in, JoJo's can seem difficult to get into because it seems so, well, bizarre. At times, that can be the case, but with each individual season, there’s a good ramp-up to where characters and the plot get continuously more and more ridiculous until you reach the climax of that season. For me, that’s where a lot of the fun of watching JoJo's comes from — being able to see how much more wild things will eventually become, while just having a ton of fun seeing the variety of outlandish scenarios that pop up throughout. That’s basically what I’ve been able to experience while going through Mr. Love: Queen’s Choice, as well. 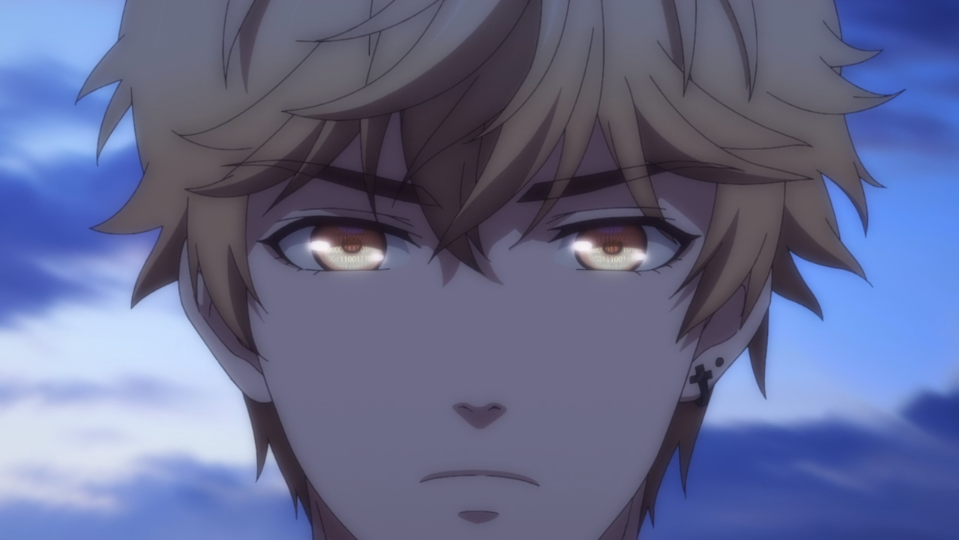 Comparing the beginning of Mr. Love: Queen’s Choice to where it is near the end is basically night and day. The first episode introduces you to the idea that certain people have abilities called EVOL that are amped up powers they can use and introduces the idea of this mysterious organization called Black Swan. Believe it or not, all that is very tame compared to where the series is at by the end of the season. The slow and steady build that allows viewers to see more twists and turns as the season progresses makes sure that while the story has become far more outrageous, it makes sense in context as we've seen the path the characters and narrative have taken to get to there.

It should come as no surprise to anyone familiar with the game that the anime would be as wild as it is, but it’s still a fun ride that scratches that same eccentric itch shows like JoJo’s Bizarre Adventure can. It can be outlandish, but also incredibly enjoyable and entertaining. While there certainly have been other adaptations of romance games, this is a trend that will hopefully continue to grow. For now, Mr. Love: Queen’s Choice does a great job of fulfilling what you can do with a romance game in an anime adaptation while also being a fun experience throughout.

If you've played the mobile game, what are your thoughts on how the anime has handled the characters and stories? If who've only seen the anime, what do you think of this wild ride and who's your favorite guy? Let us know down in the comments below!