FEATURE: How Much Has Kazuya Spent On Dates So Far? 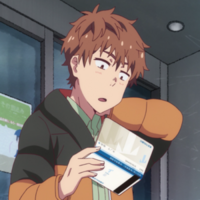 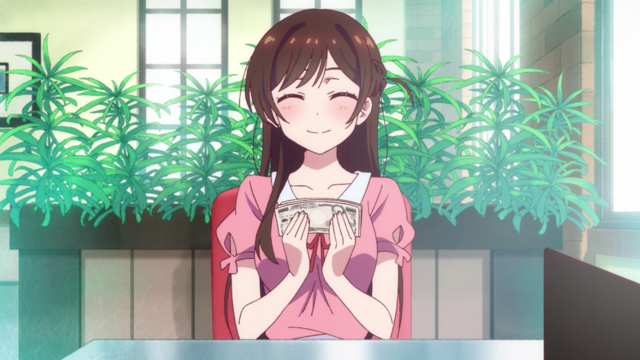 Desperate times call for desperate measures, and for college student Kinoshita Kazuya, those desperate measures included stumbling onto a rental dating service app and booking a "date" with a rental girlfriend after being dumped by his lady love and left heartbroken. One thing eventually leads to another and Kazuya constantly finds himself lying to his friends and family about having a sweetheart, but when in actuality, Chizuru Mizuhara is just a rental girlfriend. Not only has Kazuya's lie become chaotic and way out of control, but it's also become an EXPENSIVE lie to keep up with. Chizuru has to maintain her job's reputation and professionalism, and although she's doing Kazuya a solid, those dates aren't free. Let's check out just how much Kazuya is burning a hole in his pocket.

In Episode 1 "Rent-a-Girlfriend," Kazuya is so heartbroken from being dumped, he decides to book a date with a rental girlfriend. According to the app, the base fee per hour is 5,000 yen, roughly $48, but we don't get much more information about any other fees at that point. On their first date, Kazuya and Chizuru go to a cafe and aquarium, and it's at the cafe Chizuru requests payment and we see Kazuya hand Chizuru four 10,000 yen bills which roughly equals $383. The date goes on and seems to be going well until Kazuya reads Chizuru's reviews and realizes his date wasn't so special.

Kazuya decides to book a second date out of spite. While Kazuya pays Chizuru upfront like the previous date, we don't really see just how much Kazuya is paying this time around, but seeing as both dates are essentially the same, taking place at the same cafe and aquarium, I'd reasonably think Kazuya spent about the same amount of money, $383 for his second date as well. 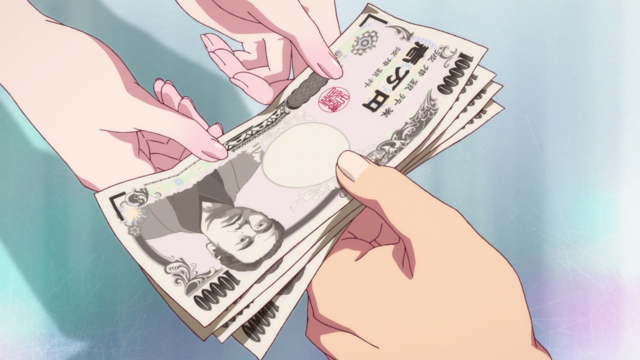 In Episode 2 "Ex-Girlfriend and Girlfriend," Kazuya's grandmother wants him and Chizuru to visit her at the hospital weekly. Because Kazuya isn't ready to reveal the secret just yet, he and Chizuru come to an agreement that Kazuya can rent Chizuru for one hour every week. As they get ready to go on their first scheduled "date," Chizuru hits Kazuya with a 12,000 yen bill plus taxes, which just about equals $115. The receipt also offers some insight into how the service fees are broken down. For this date, in particular, Kazuya is paying the base fee which is the hourly fee of 5,000 yen (about $48). Kazuya is also charged a 2,000 yen (about $19) transportation fee, and a 5,000 yen (about $48) choice fee, also known as a nomination or selection fee. The choice fee is charged when clients want to select a specific "girlfriend" to go out with.

This next date was going well and just about wrapping up when Kazuya and Chizuru run into Kazuya's friends Kibe and Kuribayashi. In a panic, Kazuya introduces Chizuru as his girlfriend, and in order to keep his secret under wraps, Chizuru continues on with the date business as usual. This little panic move came at a cost though, and Kazuya ended up paying 17,000 yen, or roughly $163 in extension fees. Yikes! 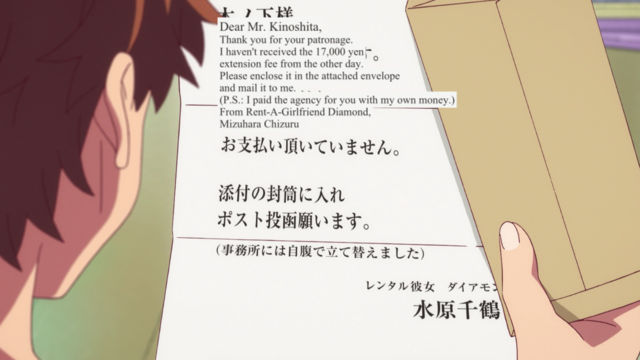 By Episode 4 "Friend and Girlfriend," keeping up this fake girlfriend charade was really starting to take a toll on Kazuya, both mentally and financially, but what better way to take his mind off of the whole situation than going to the beach with his friends? The day was going great until Kazuya runs into Chizuru — who was disguising herself as her college persona, Ichinose — and after a close run-in with Mami almost discovering Chizuru's alter ego, Kazuya now finds himself at the beach with his "girlfriend." This date was completely unscheduled, but as I previously said, desperate times call for desperate measures, and 25,000 yen or roughly $240 later as calculated by Kazuya, he was able to keep his secret safe. 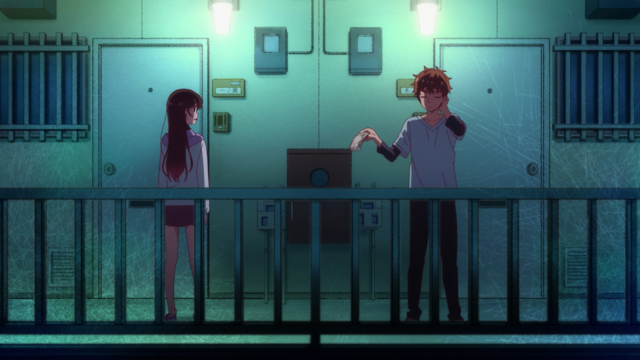 By Episode 6, "Girlfriend and Girlfriend," Kazuya has already attempted to try and set the record straight and "break up" with Chizuru so they could both move on. But of course, the situation was never that easy, and Kazuya and Chizuru make an arrangement where they can keep pretend dating so long as Kazuya adheres to some rules ... which include payment.

After reintroducing their relationship to Kazuya's friends, Kazuya receives a bill for 17,900 yen or just about $172 plus taxes. This bill was broken down as 5,000 yen (about $48) for 2 hours, a 5,000 yen (about $48) choice fee, a 2,000 yen (about $19) transportation fee, and a 900 yen (about $9) food and beverage charge. The 900 yen food and beverage charge is something to make note of since in addition to all the standard service fees, the client also pays for everything while on the date ... everything! Those additional expenditures aren't included in the service price and so, depending on the date, that can add up really quickly.

It's not long after Kazuya and Chizuru re-establish their "relationship" that they already find themselves scheduling their next date. After Kazuya and Chizuru run into Kazuya's friend Kuribayashi, they find themselves preparing their sports gear as Kuribayashi sets up a double date with them and his girlfriend, Ruka to go bouldering. The cost of this date is not exactly clear. The date itself seemed fairly average with no crazy transportation fees or extended hours, so I don't think it was one of the more expensive bills Kazuya picked up, but again, it's difficult to confirm just how much this date set him back. 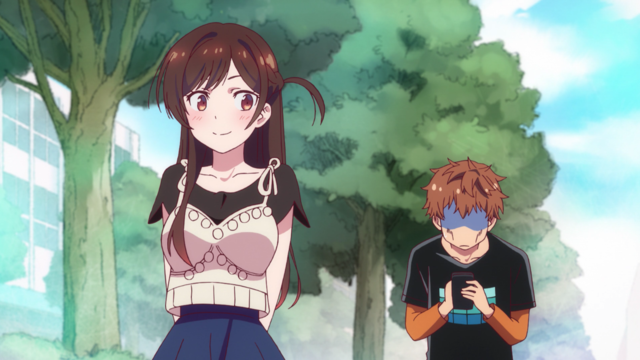 It may be the New Year by Episode 9 "Lies and Girlfriend," but there's nothing new when it comes to Kazuya and Chizuru's "relationship." This episode starts off with Kazuya and Chizuru on a casual cafe date, and like the double date with Kuri and Ruka, the price of this date is not clearly stated. Because this is a cafe date, I was able to compare this date with the previously established 17,900 yen or $172 cafe date. Seeing as Chizuru was drinking coffee, it felt reasonable to include the 900 yen (about $9) food and beverage fee in the total.

Later on, Kazuya's family sets up a trip to visit a shrine and eat dinner for the New Year. In order to keep up with the image, Chizuru agrees to accompany Kazuya on the trip. Again, like the bouldering date and the previously mentioned cafe outing, the official cost of this trip isn't really known. However, Kazuya does mention this trip would be about half of a day. I can only assume the price would be much higher seeing as the date extends multiple hours and there could be some extra charges for food and shrine souvenirs. 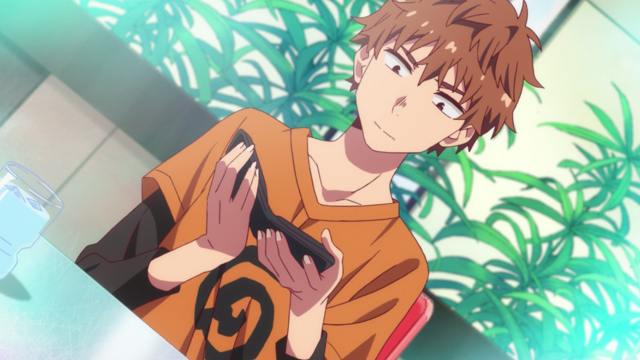 The money's starting to add up and with Kazuya only having so much cash to start with, he needed to find a job if he wanted to keep this scam going. In Episode 10 "Friend's Girlfriend," Kazuya receives his first paycheck. Based on the manga, Kazuya was left with 40,000 yen (about $383) after paying all the bills. So how does Kazuya choose to spend the rest of that sweet, sweet paper? Well, scheduling a "date" with Chizuru is definitely on the table, but after seeing how badly his friend Kuribayashi is feeling after being ousted by Ruka revealing he rented her, Kazuya decides to share his own secret with Kuri by setting him up on a date with Chizuru. Considering Kazuya was wondering what to spend the rest of his paycheck on, and the fact Kazuya set up the date at an amusement park, which requires ticket costs among other things, it makes sense the whole 40,000 yen which equals just about $383 would be spent.

So how much money has Kazuya spent to keep up this rouse exactly? Based on what the anime shows us, I could plausibly conclude Kazuya spent a little more than $2,000 on all these dates. But this total really only sums up the standard service fees from the dates we see, not really any of the extra expenses that come while on the date. When you take into account all of the taxes, all the extra costs spent on whatever activities the date called for, and the fact Chizuru has been playing the role of Kazuya's girlfriend for about a year as we found out in Episode 12 "Confession and Girlfriend," the actual amount must be SO much more!

How much money do you think Kazuya has spent so far? Let us know in the comments!