Check out our interview with the leading cast of D4DJ! 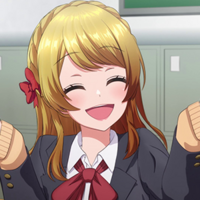 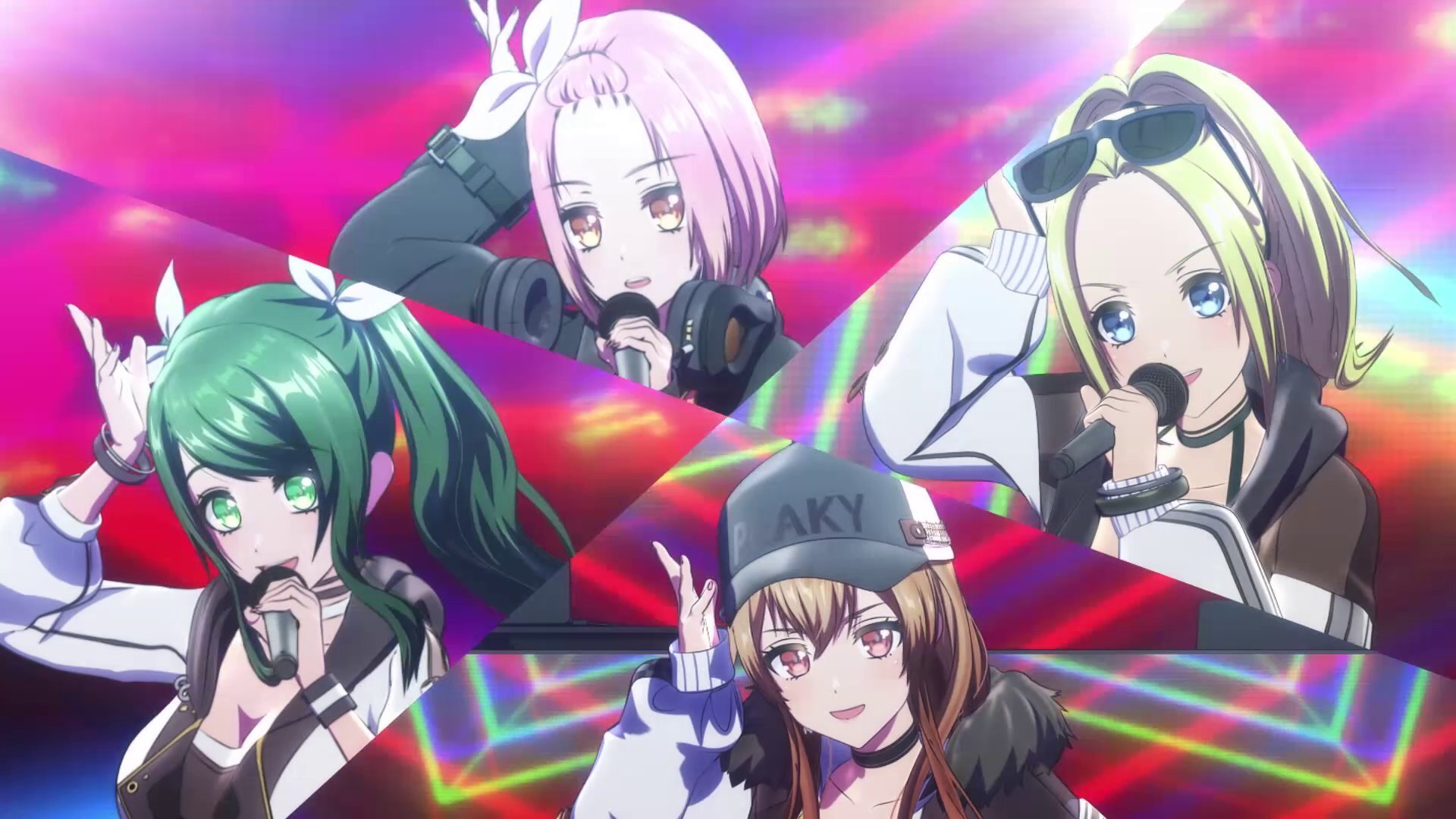 Danni Wilmoth contributed to this article.

Everyone has wanted to be a DJ at least once in their life. Just imagining yourself up on stage in front of the bright lights and bumping crowds knowing full well one flick of your wrist can set them reeling is enough to get the heart pumping. Odds are most of us will never get to be a DJ, though. Thankfully, anime has got us covered with D4DJ First Mix, this season’s hottest (and only) show about becoming the most show-stopping, pulse-pounding DJ there is!

D4DJ First Mix focuses on Rinku Aimoto, a high school girl returning to Japan from abroad. She transfers to Yoba Academy, where DJing turns out to be quite a popular activity. After attending a set on campus and falling in love with the world of DJs, Rinku gathers her friends to start their own DJ group called Happy Around!

After the premiere, we caught up with actresses Yuka Nishio (the voice of Rinku Aimoto) Aimi (the voice of Kyoko Yamate) and Risa Tsumugi (the voice of Saki Izumo) from the show to talk about the characters they play, preparing for their roles, and what they like most about the DJ lifestyle. 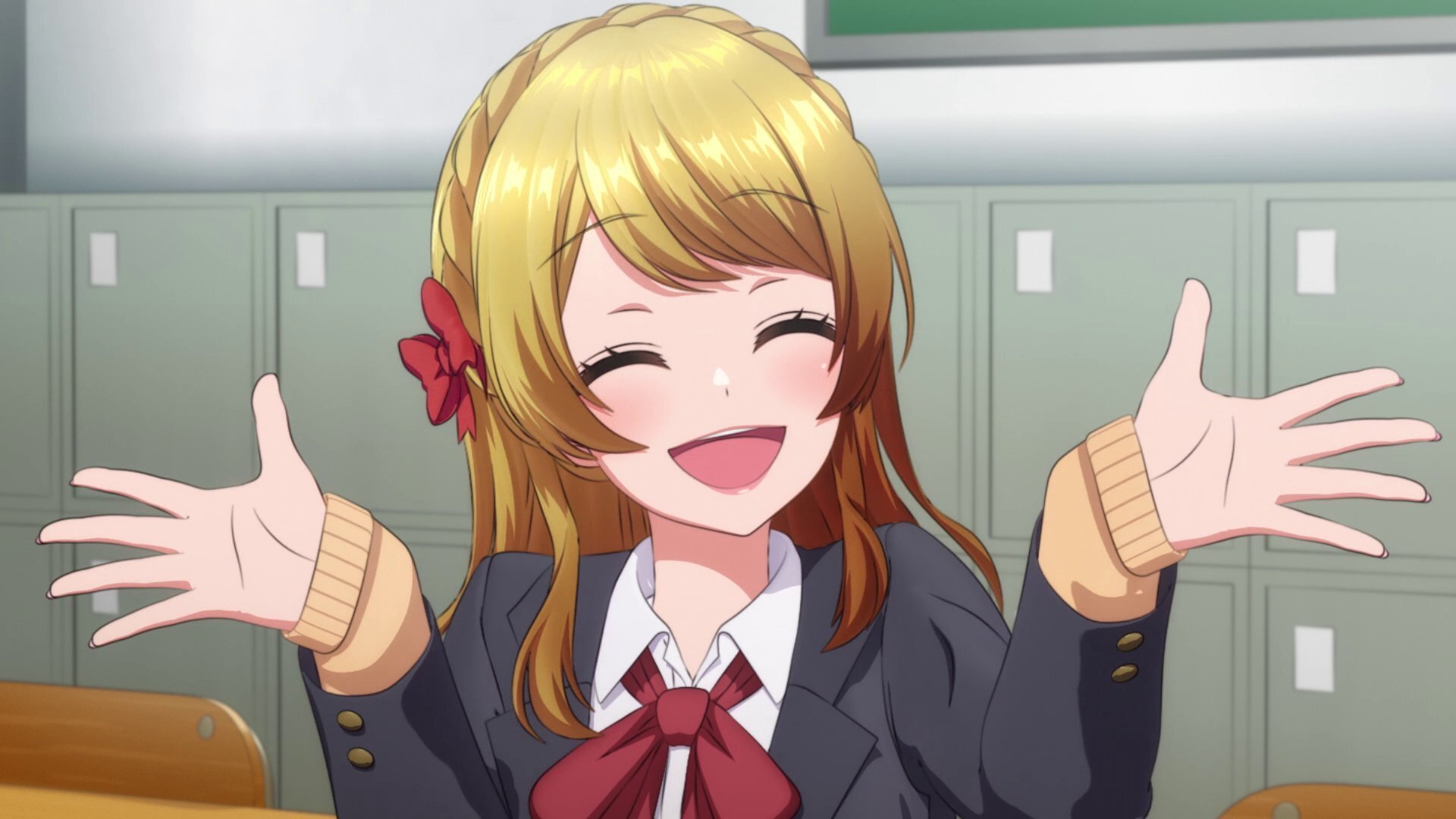 To start off, could you introduce yourself and your characters?

Yuka Nishio: I’m Yuka Nishio and I’m the voice of Rinku Aimoto from Happy Around! Rinku can sometimes be seen as an oddball by others since she is from an island filled with wilderness in Africa. Rinku is extremely bright and cheerful, like the sun that gives energy to everyone, and also like a storm that pulls everybody around her into whatever she’s interested in.

Aimi: Hello everyone. I’m Aimi and I voice Kyoko Yamate. Kyoko is the vocalist of Peaky P-key and is a cool charismatic girl.

Risa Tsumugi: Hi! I’m Risa Tsumugi and I voice Saki Izumo! Saki-chan is… if I describe her in one word, the universe. Her interaction with the big sisters in Photon Maiden who support her warmly is very cute! 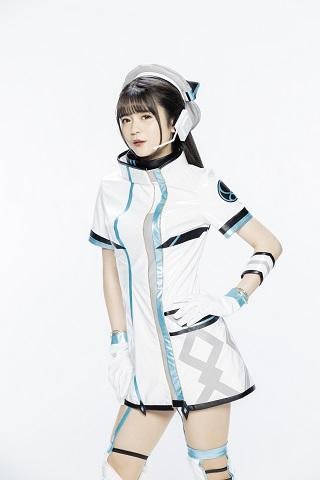 Please tell us the most charming part of your character.

Nishio: Rinku’s charm is that you just can’t hate her regardless of her lack of common sense, and her extremely cheerful nature due to growing up in the wilderness!

Aimi: Kyoko spares no effort to improve her music and is strict with herself, but she shows smiles to her friends often. That character gap is her charm.

Tsumugi: Saki is just so adorable! Please excuse me from being agonized by her cuteness every time I play her. (Laughs) Even though she appears to be a person with common sense, she can be odd and goofy sometimes. However, her style on the stage is totally different from how she usually is, which is her charm. She also has “synesthesia” so please take notice of that part of her as well! 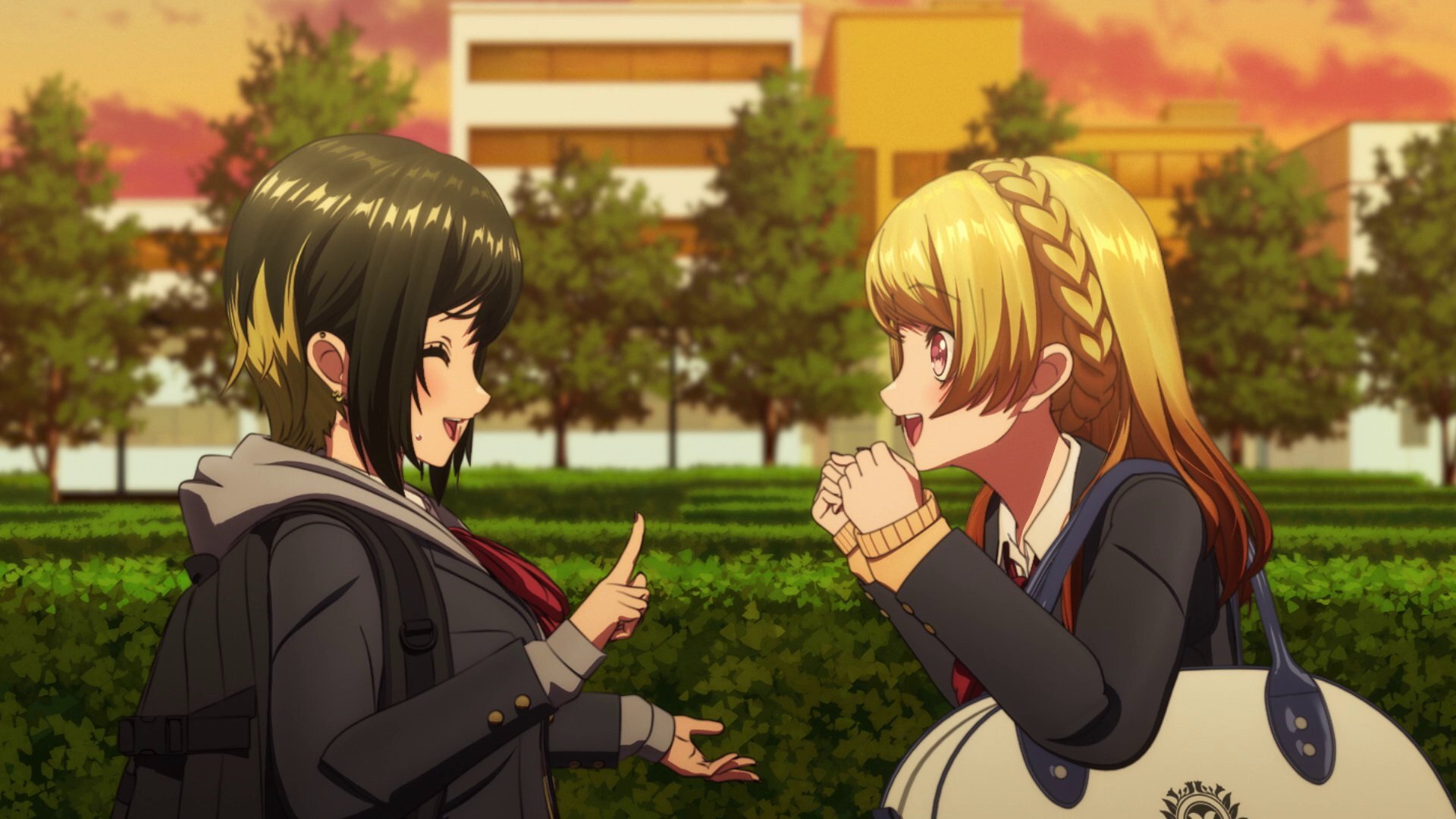 D4DJ First Mix released the first episode on October 22nd for early streaming. Are there any scenes from the 1st episode that was memorable to you? Are there any parts that the fans should pay special attention to?

Nishio: The scene where Rinku learns how to DJ from Maho was a memorable scene for me. Maho shows Rinku how to DJ, and she explains it as well so the audience can also understand what a DJ does, so please take a close look at that scene! Another scene would be the one right after that where Rinku senses that “WOW WAR TONIGHT” is coming up next; it was also a memorable scene to me since I have similar experiences often.

Aimi: The concert scene with Peaky P-key! It was so lively! I felt the excitement and couldn’t stop myself from dancing! I want everyone to watch it again and again!

Tsumugi: The first episode was already very “Happy Around!” like! (Laugh) I love their energy and how lively they are. The opening song is filled with their energy, and I love it! I also sing in the opening for a little bit as Saki with Kyoko-san, and their relationship is so precious…so please enjoy the opening song as well! 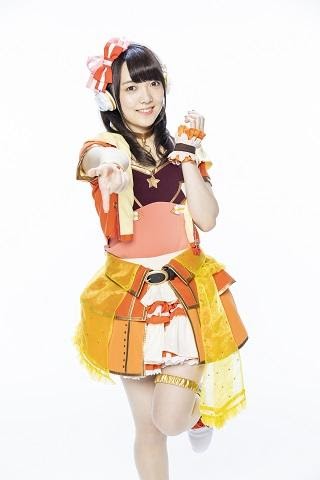 “DJ” is the theme of D4DJ. What kind of impression do you have about DJ's? Was there any change to your impression before and after joining the project?

Nishio: My impression of DJ’s didn’t change since I used to DJ at a club before joining D4DJ. However, clubs had an intimidating impression for me since I thought it would be full of party people before I started DJing. Now, DJing is a fun tool to share our favorite music and to enjoy music indefinitely by mixing and arranging!

Aimi: I didn’t have much knowledge about DJs before, but I got to feel how limitless music is! There are no restrictions to the performances, so I enjoy trying different methods to create exciting concerts!

Tsumugi: Since I also play a role as a DJ in a different title, I appreciated the joy of DJing through my role again. In the beginning, I was wondering “what does a DJ do?”, so I hope more people will know about the DJs through D4DJ! 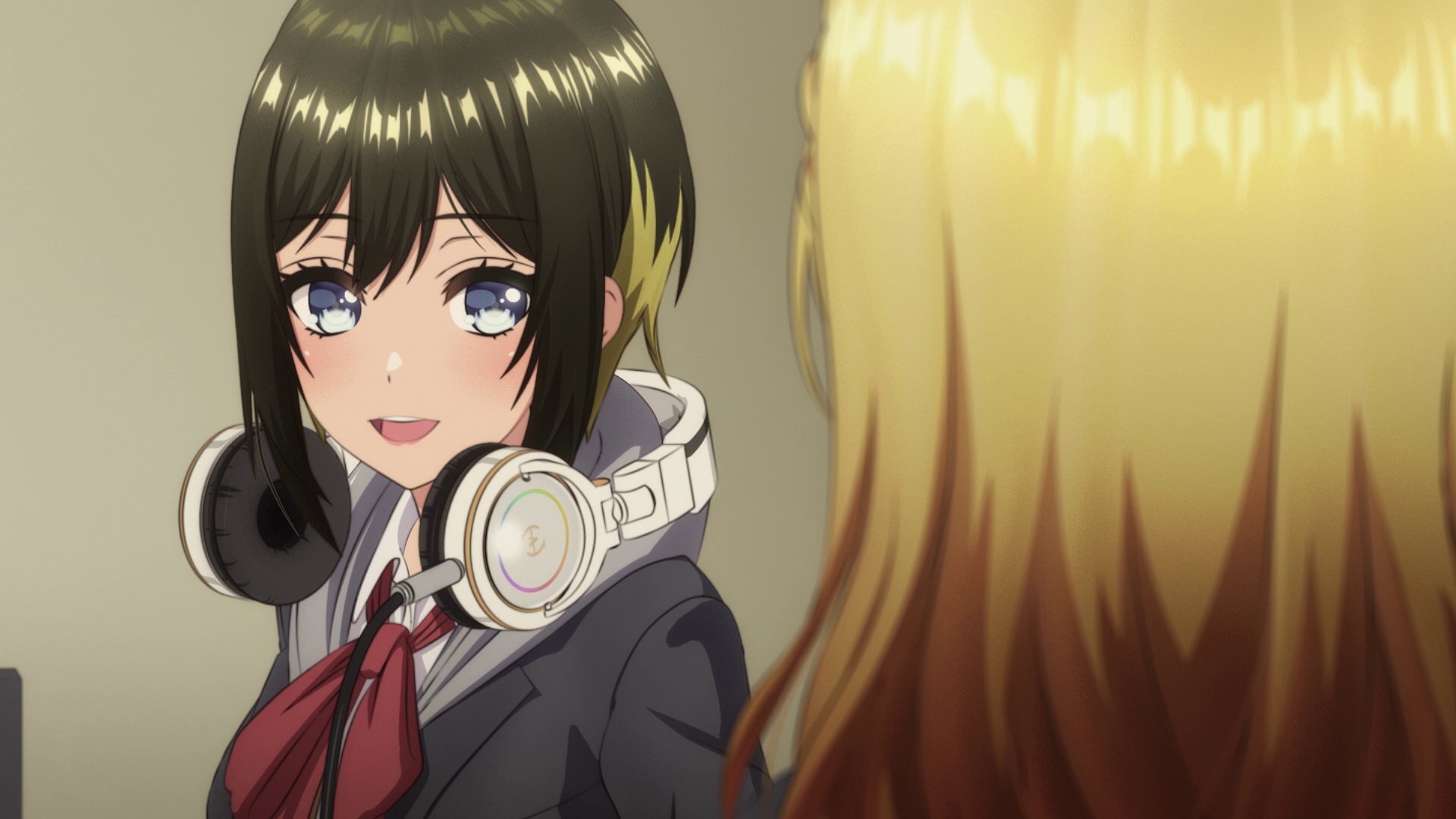 When playing your character in the anime, is there anything you prepare in advance?

Nishio: Rinku is usually full of energy and excitement, so I uplift my mood as well before I play her by listening to my favorite songs or by running to physically energize myself.

Aimi: Kyoko is a role that requires convincing dance skills and high-level performances, so I started with building my stamina. I’m going to try my best to create her charismatic atmosphere!

Tsumugi: Actually, I had recorded for “D4DJ Groovy Mix” before the recording for the anime, so I was able to go into the role smoothly compared to back then. When I play her, I’m extra careful about not faking her cuteness. Saki has this pure and natural cuteness, so I try not to break that image of her. 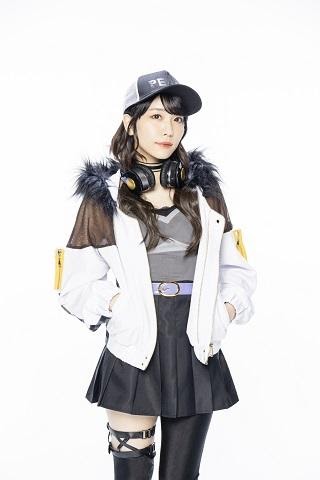 Please tell us what you hope for the fans to expect in the future development after the 1st episode from your own perspective.

Aimi: In the first episode, the story of HapiAra-chan (*Happy Around!) excited me all the way from the beginning to the end. I think Kyoko felt the same way. Please look forward to how the members of Peaky P-key will come into the story!

Tsumugi: Please make sure to check out when and how Photon Maiden will be involved in the story, and how they will interact with HapiAra-san (Happy Around!) I suppose the key point is that Photon Maiden is a unique group since it has a producer and the members were selected from an audition! 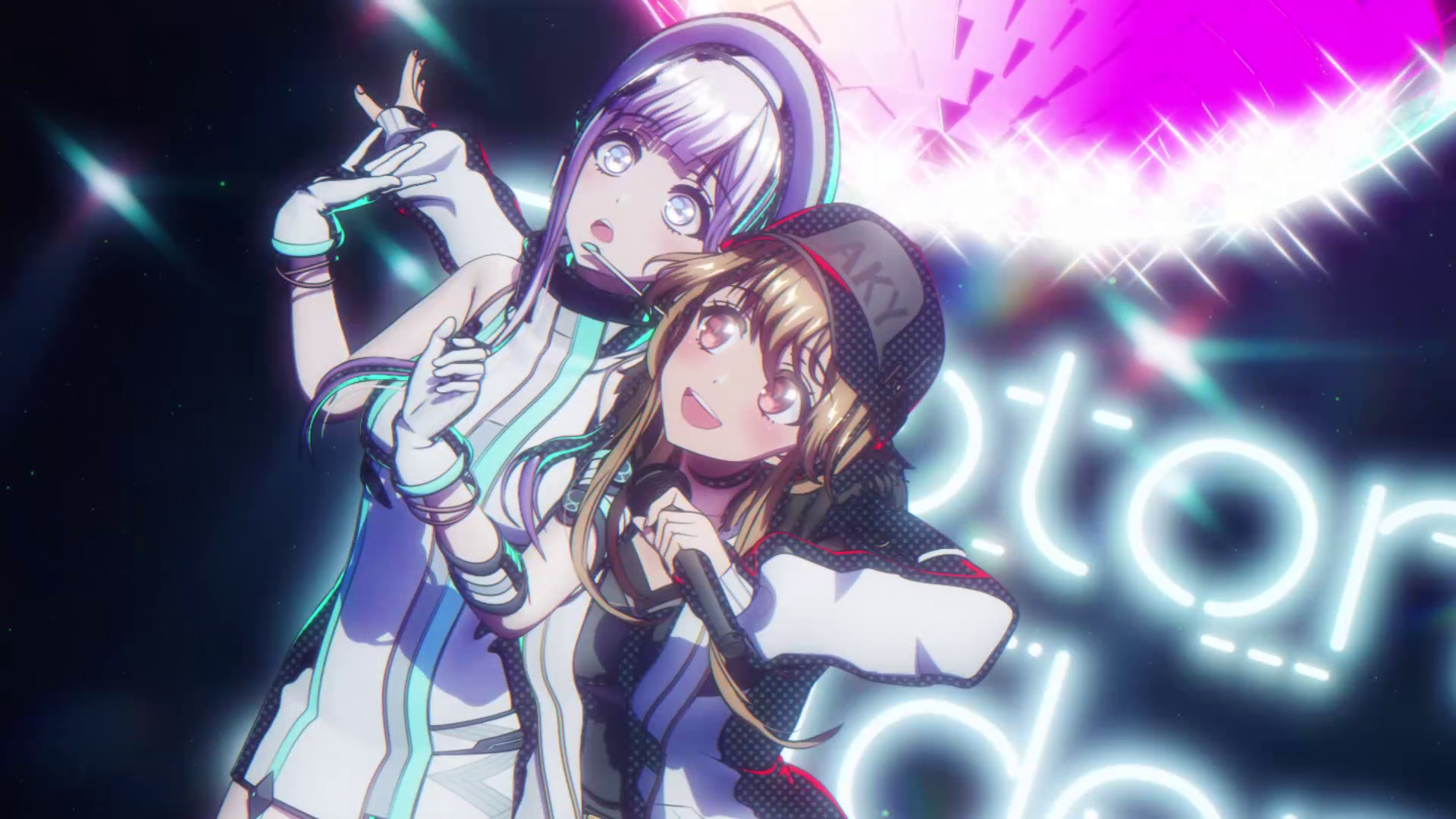 The official YouTube channel is streaming D4DJ First Mix with subtitles in 7 languages, and anime fans all over the world are watching. Is there anything you would like to tell the overseas fans?

Nishio: Please enjoy D4DJ through the anime and also its music! D4DJ original songs are allowed for everyone to remix and upload, so I’m looking forward to listening to everyone’s remixes! (Note: Please refer to the official website for the regulations on the usage of D4DJ original music.)

Aimi: We will try our best to deliver the music of D4DJ to the world! I promise the best music and the best time at the live concert, so please come see us one day!

Tsumugi: WOW!! Hello everyone!!! I’m really happy that many people from different countries know and are watching D4DJ!! Anime, concerts, games and more are coming out, so check them out now!! 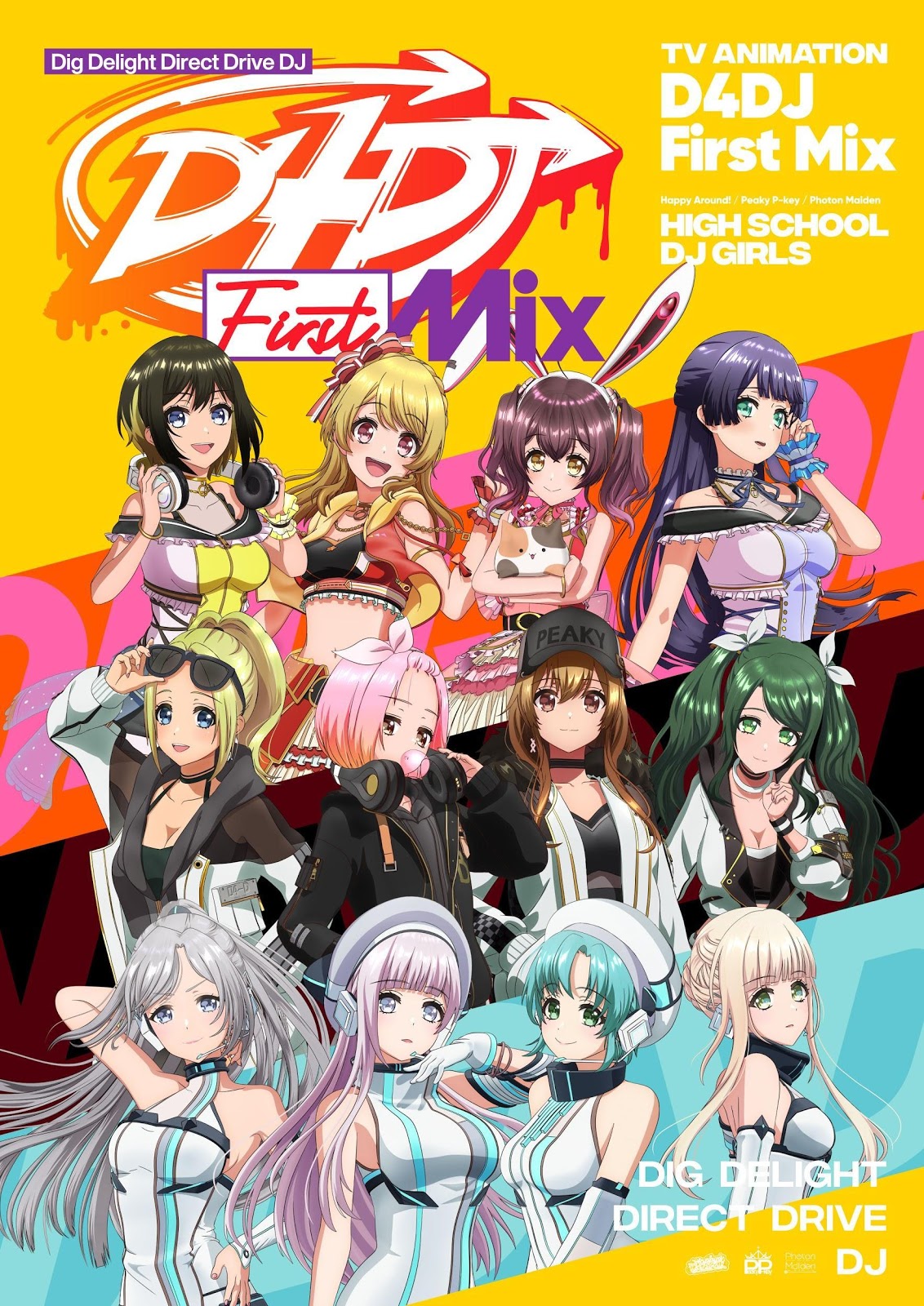 D4DJ First Mix is available on the D4DJ Global YouTube Channel with subtitles in 7 languages for free! You can join the Watch Party on the D4DJ Global YouTube Channel for each episode every Friday at 8:00PM (PST) / Saturday at 4am (UTC)! Share the excitement with other fans from all over the world!! Subtitles in other languages are also available on streaming platforms in various countries. For more details, please visit the official website.

2. Follow at least one of the following D4DJ Global Social Media channels to stand a chance to win an autograph.